Whoops, time ran away from me it seems, as this was meant to be an 18 month update but is now a 19 months one. The last update I wrote was at 13 months back in July, as I see monthly updates as a bit repetitive and probably not interesting in the slightest for the vast majority of people! That said, I promised in my blogolutions that I would keep on using Belle du Brighton to record our growing family so here we go… 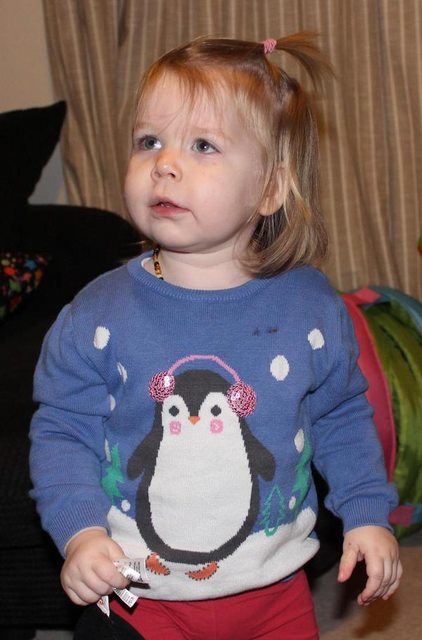 Size: I’ve not taken her to get officially measured or weighed since around her birthday, and she was measuring 99th percentile for height and 75th for weight… she’s still a lump and still fairly tall for her age so I assume she’s still on the larger side for now! I’ll get her measured when I take new baby to be weighed probably! She’s in 18-24 month clothes, but went into them at about 17 months. She’s now got 13 teeth, and a size 5 in shoes.

Doing: Obviously she’s been walking for yonks now but she’s adding ‘toddling at speed’ (not quite running) climbing into or onto everything she can reach (or not quite reach) as well as knowing where lots of body parts are and attempting to get dressed and undressed (which is not always helpful!) Her personality grows day by day, and Sam and I are constantly amazed at her. 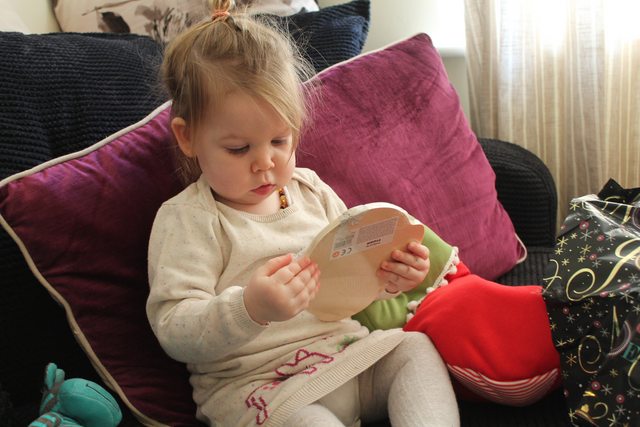 Saying: Literally in the last few weeks Athena has suddenly learnt to say all these new words and has become an actual little interactive person that you can have a semi conversation with! I’m not keeping count of the number of words or anything because I fear it might make me competitive which is something I have never wanted or hopefully been in my journey as a parent. Favourite words are ‘Owl’, ‘oof oof’ (for dog) and balloon. She obviously understands a lot more of what we say and ask her too.

Food: We’ve gone a bit backwards with eating, and now seem to be a carboholic rather than anything else. Most fruit is still acceptable but veggies are a no-no unless they’re well hidden or in breadcrumbs! She has a healthy appetite but only for what she wants to eat. I’m trying to be less worried about it and hoping that she’s going to grow out of it before long! We stopped breastfeeding at 15 months so have a beaker of cows milk a day.

Sleep: We’ve dropped from 2 naps to one most days, although it can be up to 3 hours long depending on how active we’ve been in the morning so I still can’t complain! Nursery can only manage to get an hour and a bit maximum from her though, but that means she’s extra tired when she comes home! Bedtime is 7pm and the wakeup call is between 7 and 8am in the morning, with generally no wake-ups in the night (normally teething related if they do occur) and we’ve found that putting a beaker of water at the end of the cot has helped too so she can drink it over night and not shout when she’s thirsty.

We’ve reached the tantrum stage, although nothing too hideous yet; it’s generally when you take something off her or tell her not to do something that she has a hissy fit, hits the ground and pretends to cry. She gets over them fairly quickly, and biscuits as distraction do help.

So thats it, probably till she turns 2, and by then she’ll be a big sister!