I always aimed to wait until Arlo hit 6 months before we started weaning but he was grabbing at food (and playdoh, leaves and grass) and shoving it in his mouth with such determination that we actually started a couple of weeks prior to six months, as we did with Athena. However this time we’re heading down the baby led route 100% with no faltering. I wish I had done the same with Athena but was too led by ‘normal’ weaning and her first tastes were manky baby rice and avocado, along with finger foods a week or two later. I’ve borrowed the Baby Led Weaning book from a friend and am hoping that it will mean that Arlo is less of a fussy eater than Athena is now (although this fussiness with food as only cropped up over the last few months,she used to eat anything!) 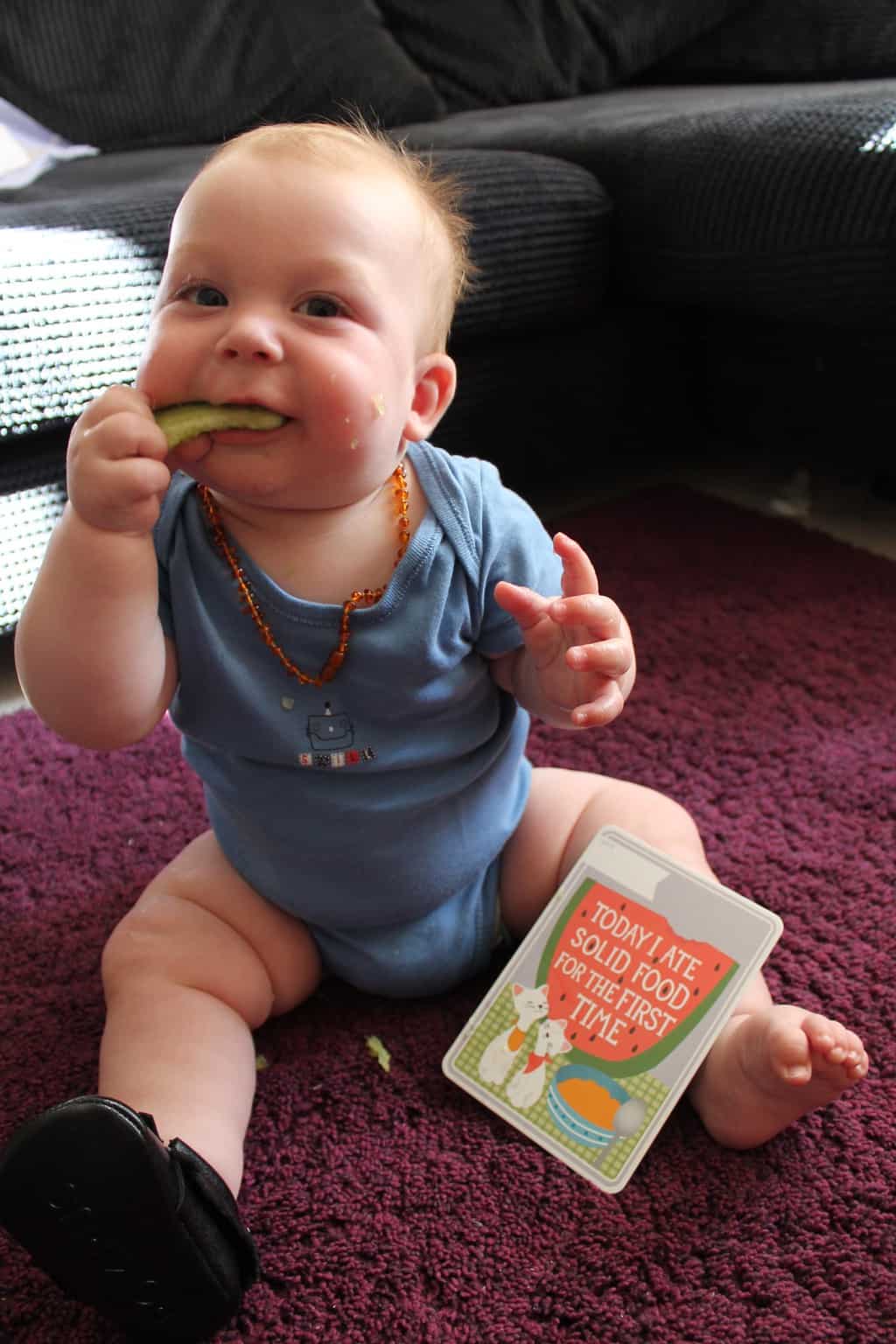 Cucumber sticks, carrot sticks, bread sticks and fingers of toast are the first foods Arlo got stuck into. As yet three weeks after starting I’m still not sure much of it is going down as most gets chewed and sucked and then dribbles out. So far no drastic change to the ‘output’ in nappies vs the input and definitely no change to frequency of breastfeeds, still every two hours or more day and night! Oh, and the washing machine is working on over time, although when we’re at home he’s generally just in a nappy or naked.

We’ve not sorted a high chair yet as he’s able to sit unaided on his own but I do need to think about getting one soon really so he can really get stuck in to messier things on a tray  in front of him!

At the moment I give him finger food at lunchtime and at dinner time when Athena eats, it keeps him happy and sometimes means I can even eat my dinner at the same time as them, rather than wait till he’s asleep in the evening which is normally not till eight thirty or later!

I plan to write updates every so often on how Arlo is getting on with weaning, along with any hints or tips we find useful and perhaps some recipes too! Now the next task is to get him to drink water out of some receptacle or other!

One thought on “Baby led weaning: the start”