We never swaddled Athena because I thought she didn’t like it. Maybe she didn’t, but in all honesty in my first-time-parent panic I probably didn’t do it tight enough for fear of hurting her or she cried momentarily so I thought she hated it and I gave up. I was therefore a little sceptical when Cheeky Rascals sent me the Swaddle Up to try out with Arlo but it’s actually such a useful product to have!

Amazingly Arlo loves to be swaddled, he sleeps for longer stretches when he is all cosy and bundled up, and his startle reflex (cute though it is!) doesn’t wake him up because he bashes his arms on the side of his snuzpod or carry cot. A Swaddle Up is an all-in-one sleep suit that zips up from both ends (so night time nappy changes are a doddle) but most importantly due to its  clever shape it allows Arlo to have his arms up near his face to allow him to self soothe. It also has the added effect of making him look a little like a butterfly! 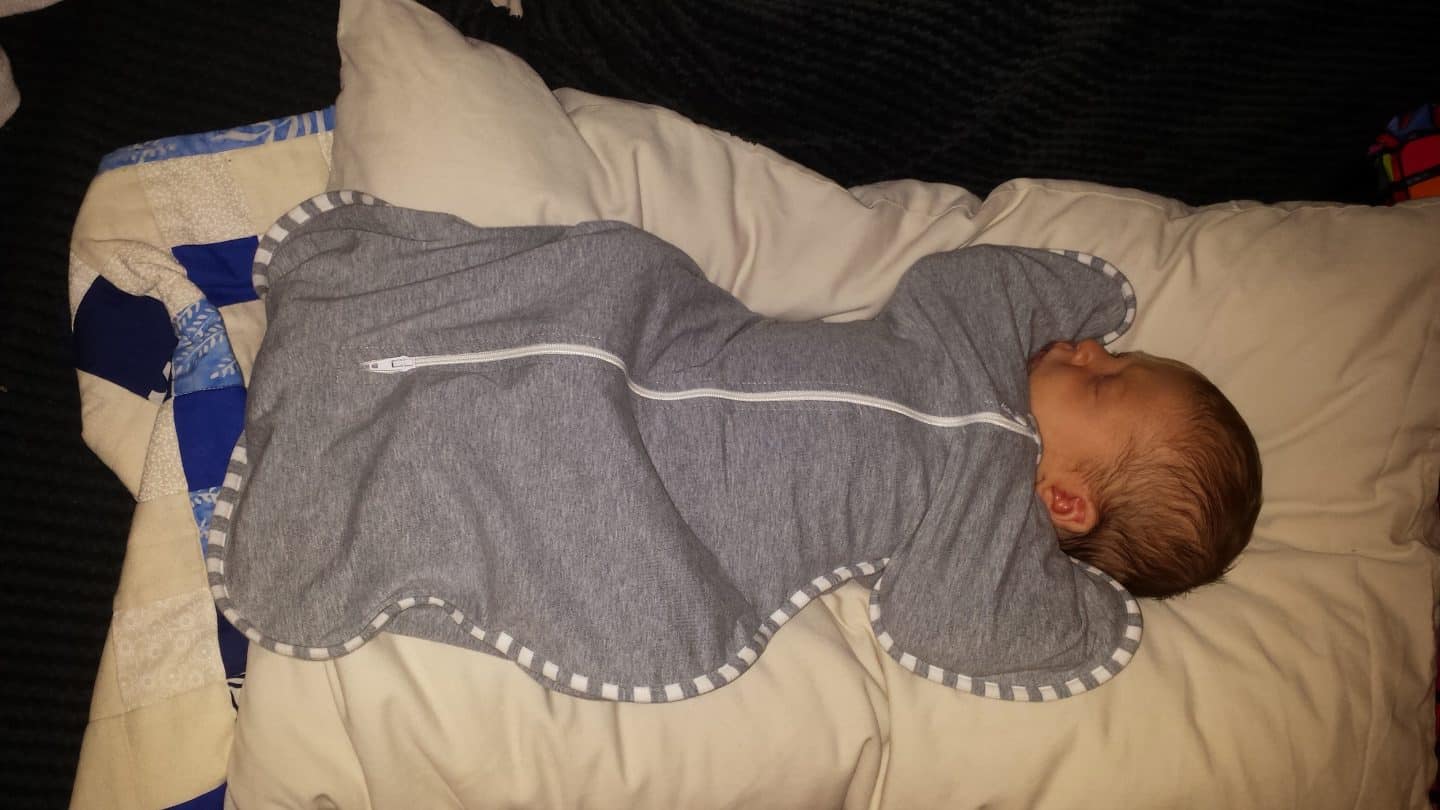 It also means that he has full range of movement available there is no risk to his hips/legs being stuck in the same position for a prolonged period of time which is something my health visitor warned me about. She was impressed when I showed her how it works, with the super stretchy material keeps him snug and feeling enclosed but will move with him when he needs it too. There is also a handily placed hole on the back of the Swaddle Up so you can use it in a car seat or buggy with a harness too, pretty clever! The zip that is around the neck is covered with fabric so won’t irritate or harm him either.

The Swaddle Up range includes a variety of sizes, but note that you should stop using it when your baby learns to roll over, but there is a 50/50 style with removable arms for when this happens! There are also organic and lighter styles available too. For cooler months there is the ‘layer on’ too so you don’t need to use potentially dangerous blankets as extra layers.

The Swaddle Up is priced from £19.99, washes incredibly well (no bobbling and keeps its shape) and dries quickly too, I really can’t fault it other than it not coming in a funky range of colours, but that’s being really picky!

Check out the full range from Love to Dream here on the Cheeky Rascals website.

7 thoughts on “Baby Loves: Swaddle Up from Cheeky Rascals”