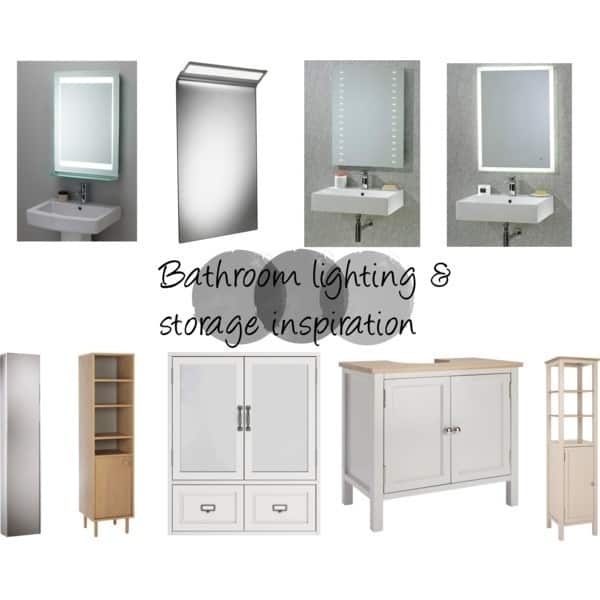 Now we’ve got our kitchen finished I suppose we should move onto the next project in the house, the bathroom. It’s currently a pretty boring room with a lot of potential to become a really nice space but it needs a lot of work. The ceiling is a bit damp in places as there is no ventilation other than the window, so we need to put an extractor fan in somewhere, which shouldn’t be too tricky as two walls are external walls. There is a tall built in cupboard in one corner which could probably be knocked down, and I’ve worked out that if we did we could have a double shower and a corner bath! Preferably one with jacuzzi jets! We don’t actually need a shower and a bath but it would be nice, but then so would the storage space, if I can come up with a way to make the most of it but still make it look more aesthetically pleasing than a large cupboard.

I’ve picked out a few ideas for storage, the middle cabinet has drawers for smaller bits and bobs which is often neater than keeping them on display (and it means less dusting!) and I like the old fashioned style. I’m not sure I want to furnish the rest of the bathroom in the same style though, as I think a more modern bathroom would be a better choice for when we sell our house at some point in the future. I think realistically a pair of more modern tallboys would work better, one with elegantly rolled towels (Ha! who am I kidding?) and the other with some wicker baskets that I’d love to be filled with gorgeous smelling toiletries for long soaks in the bath, but will realistically be filled with kids bath toys. I do however love the idea of an under sink cabinet, I think they just look classier than a freestanding sink and it’s extra storage for all the boring bathroom essentials! It also means that I could have a nice mirror rather than have to find a mirrored cabinet on the wall that I like, as all the bits that would be in there can go under the sink. All these storage choices are from John Lewis, by the way!
As the bathroom is so long it can get a bit dim as the window is on the end wall, so a mirror with lights would be ideal for a dingy bathroom. It’s nice to do my makeup in the room where I keep it, rather than do it in the front room window with all the passers by gawping at me! Plus an extra light other than the overhead light would be nice for a bit more of an atmospheric bath! Of course I probably need to think about the more important aspects of a bathroom, like the style of bath and shower design first, but it was helpful to have a look at for some inspiration on that front on this site!
This is a partnered post, all words and opinions are my own. This post includes affiliate links; more info here.