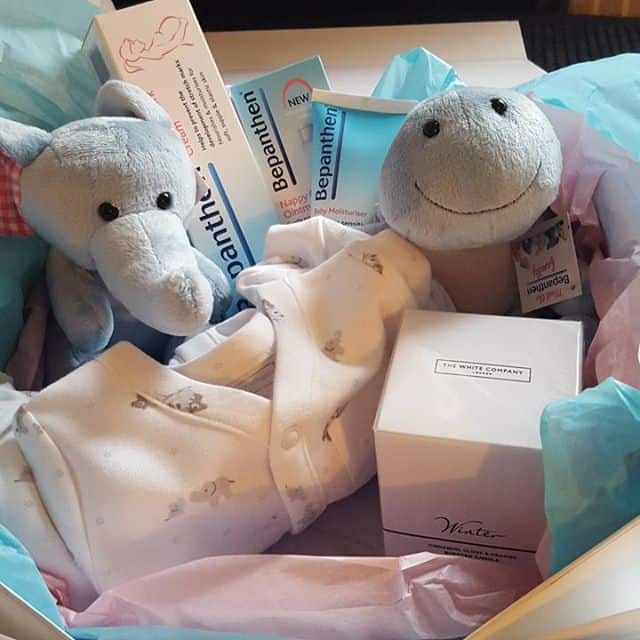 A couple of months ago I was sent a lovely parcel from Bepanthen, containing their skin care range for mums and babies along with some other lovely goodies.

I had to use up a couple of other bottles of lotions before starting on these, so we’ve been using the nappy care ointment for over two months and the stretch mark scream and baby moisturiser for around a month so I think I can give a fair review now! 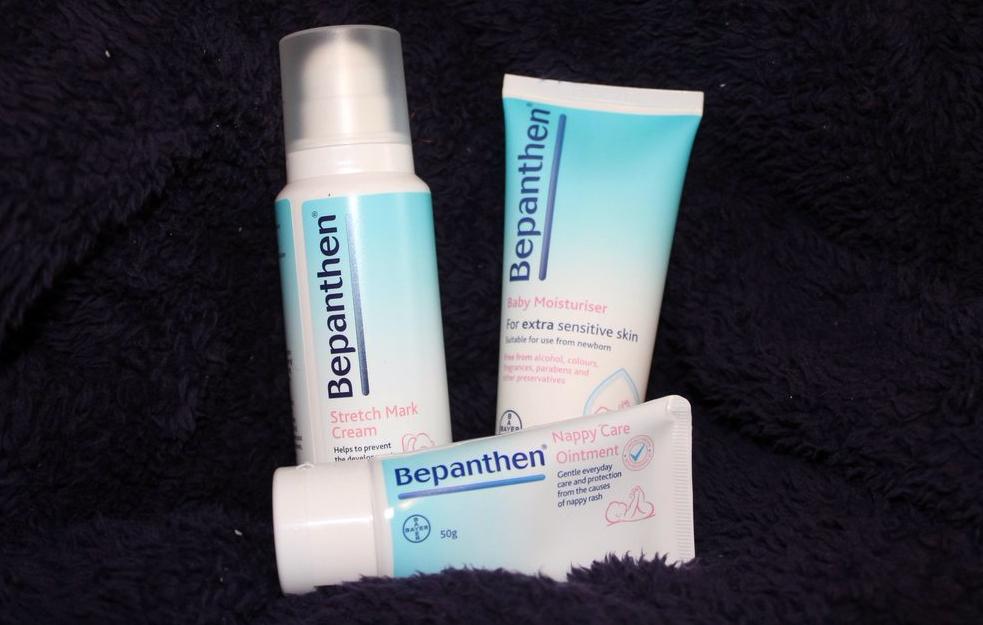 I did get stretch marks with my last pregnancy, although they weren’t as obvious as they were with my first but that’s probably because I was pregnant again so soon and nothing had ‘pinged back’ (will it ever?!) so I am left with silvery marks on my belly and thighs and some redder newer ones on my hips. I’ve been applying this cream almost daily (some days I barely have time to wash my face let alone anything more in depth than that!) on all my poor stretched areas, so belly, bum, thighs, hips and boobs. I absolutely LOVE the pump action bottle, it means you have no chance of squeezing out more than you need, and you don’t have to dig your fingers into a tub like a lot of stretch mark/pregnancy creams. Because I didn’t use it in pregnancy I can’t comment on if it would have prevented stretch marks but it has certainly left my skin a lot softer since I started using it and the stretch marks I do have have definitely faded, most noticeably the ones that were still redder on my hips. It’s such a nice smelling cream that I’ve actually started using it on my arms and neck too! It’s lovely and light, not at all overpowering, something which I think is important during pregnancy. Vitamin B5 and Glycerin are the main ingredients that make this so nice to use.

Arlo is a spoilt little dude as he gets a full massage after each bath, but I’ve been using this on Athena too actually! It has the same light barely there fragrance as the stretch mark cream but is runnier in consistency, it would be nice if it were in a pump action bottle too so you can’tover squeeze but if your hands were already covered in it then it would be hard to pump without slipping so I can see why it’s in this style container. Containing no parabens, colours, alcohol or preservatives it is completely safe and perfect for extra sensitive skin. Neither Arlo or Athena have had any adverse reactions, and it has really helped to clear up the dry patches that Arlo gets behind his ears.

Now I think I am quite lucky as my children don’t really tend to get nappy rash all that often. Athena tends to have an hour or two of nappy free time as she uses the toilet during the day when we are at home mostly, but before christmas we tried a new type of pull up which she had a reaction to. It wasn’t horrific but she was pretty sore, but with an application of the nappy care ointment she was back to normal again within a day and a half. I’ve used it on Arlo a few times when he gets a little red and sore in his thunder thigh creases or after a particularly erm ‘teethy runny poo’ (you know the ones!)  and it’s helped to clear any soreness right up. As he’s in a cloth nappy 99% of the time I use a disposable liner when I’ve applied cream so it doesn’t coat the nappy fibres. The 50g tube is a plastic tube with a flip top lid, far better than the smaller ones with the screw cap and the metalic bottles that crease and split as you roll the tube up to get the last bits out! You can use this as a barrier at every nappy change to create a thin invisible layer should you need to, it’s very different from traditional white creams than can be really drying on delicate skin.

You can read more about Bepanthen  on their website, and their range is available at all good chemists and supermarkets, plus if you like their facebook page you’ll be the first to know about free samples and discounts

We were sent the skincare range to review, all words and opinions are my own.