You could quite happily spend your time at Bluestone exploring the outside areas, the nature walks and the lakes but there is a lot more to do experience on top of that! (Read the first part of our Bluestone experience here if you missed it!) 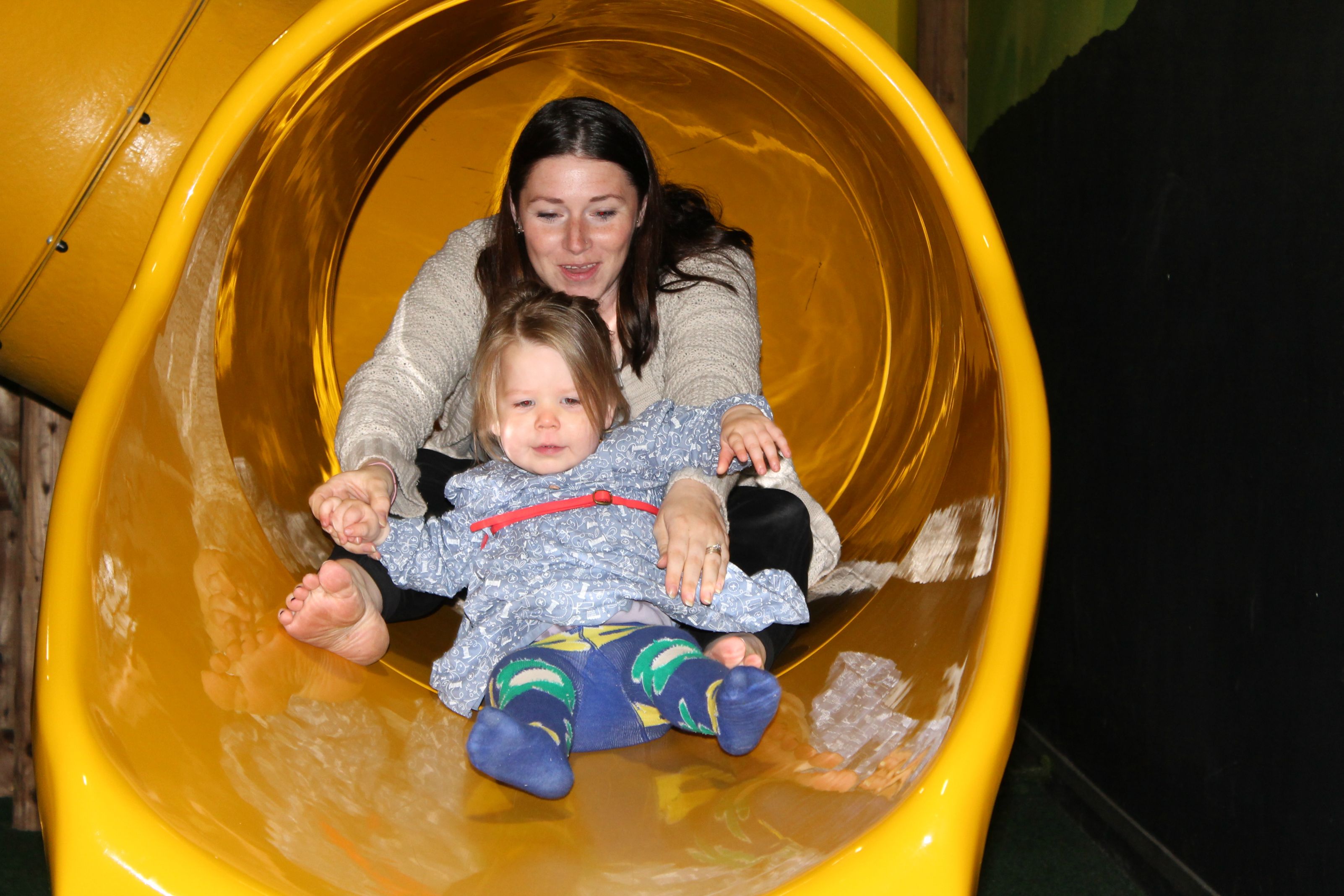 The Adventure Centre: soft play, mini golf, bouncy castle, Lego area, arcade games, separate kids play rooms like the Circus Room, wall climbing, rope swinging and loads more! There is also a lovely cafe that serves a buffet breakfast and snacks and drinks throughout the day. This is also where the crèche and kids activities happen. 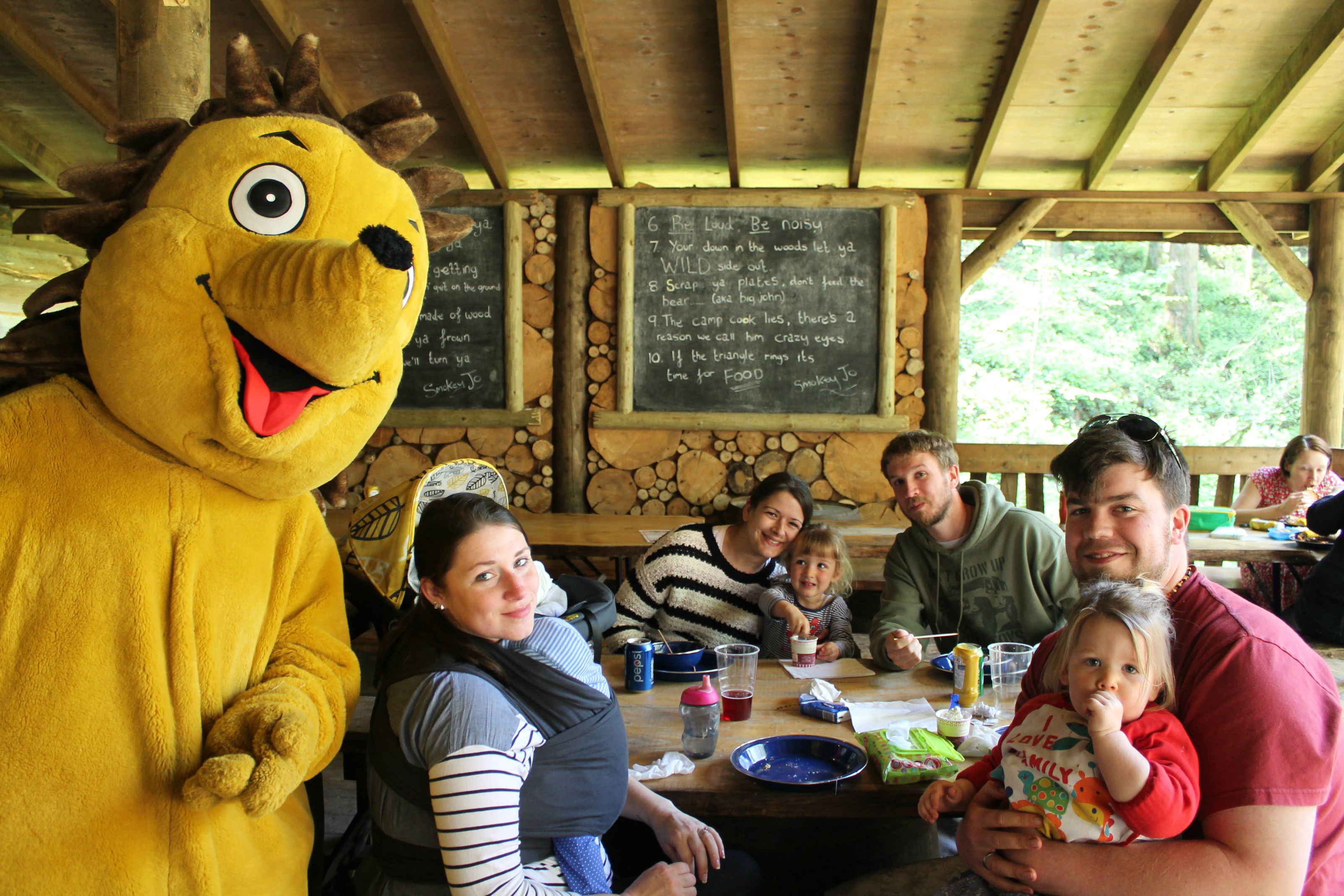 Characters: There are several characters for the kids to spot throughout the week at Bluestone, we inadvertently managed to see three in a row, the most surprising being a gigantic snail in the pool changing rooms!

We booked Athena (almost 2) and Jessica (who is almost 3) onto two sessions during our stay: 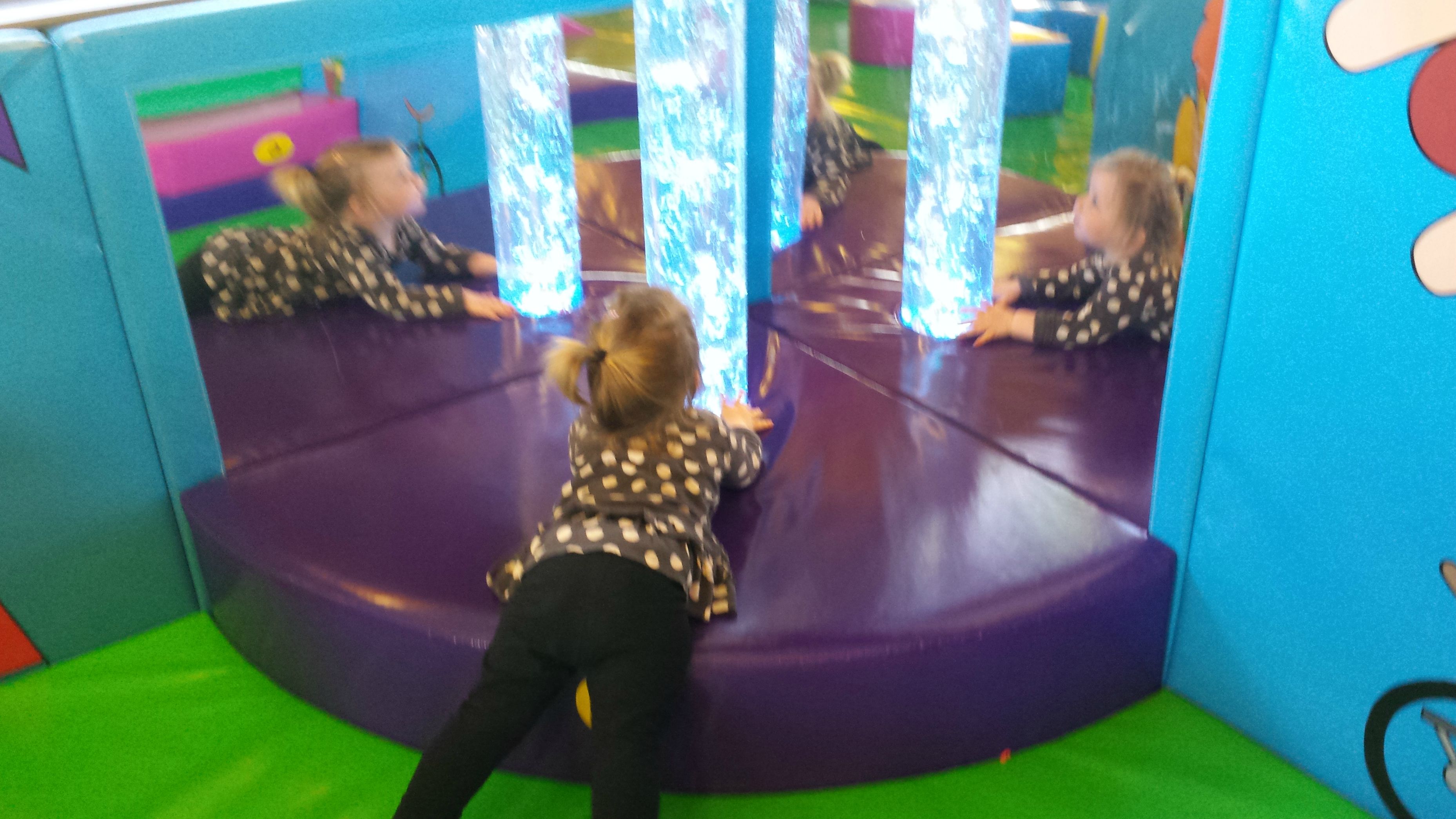 Toddler Sensory. This is an hour long session that you accompany your child to, and is in the Circus Room, which is full of soft play shapes, giant Lego, mini climbing frames, tents and more! The first half an hour is free play, which I thought was a bit cheeky seeing as the room can be accessed for free most of the time anyway! The last half of the session was spent singing traditional songs with props, which was great but Athena isn’t a fan of organised activity it seems so kept hurtling off around the room to play on other things. I was expecting there to be more ‘sensory’ activities that she could really get stuck into. We were sat round one of parachutes that you waft up and down and the kids run in and out, but it was never used! The hour session costs £7, and I don’t think I would do it again. I would definitely take Athena to the Circus room again during a free-for-all session though as she loved it in there! 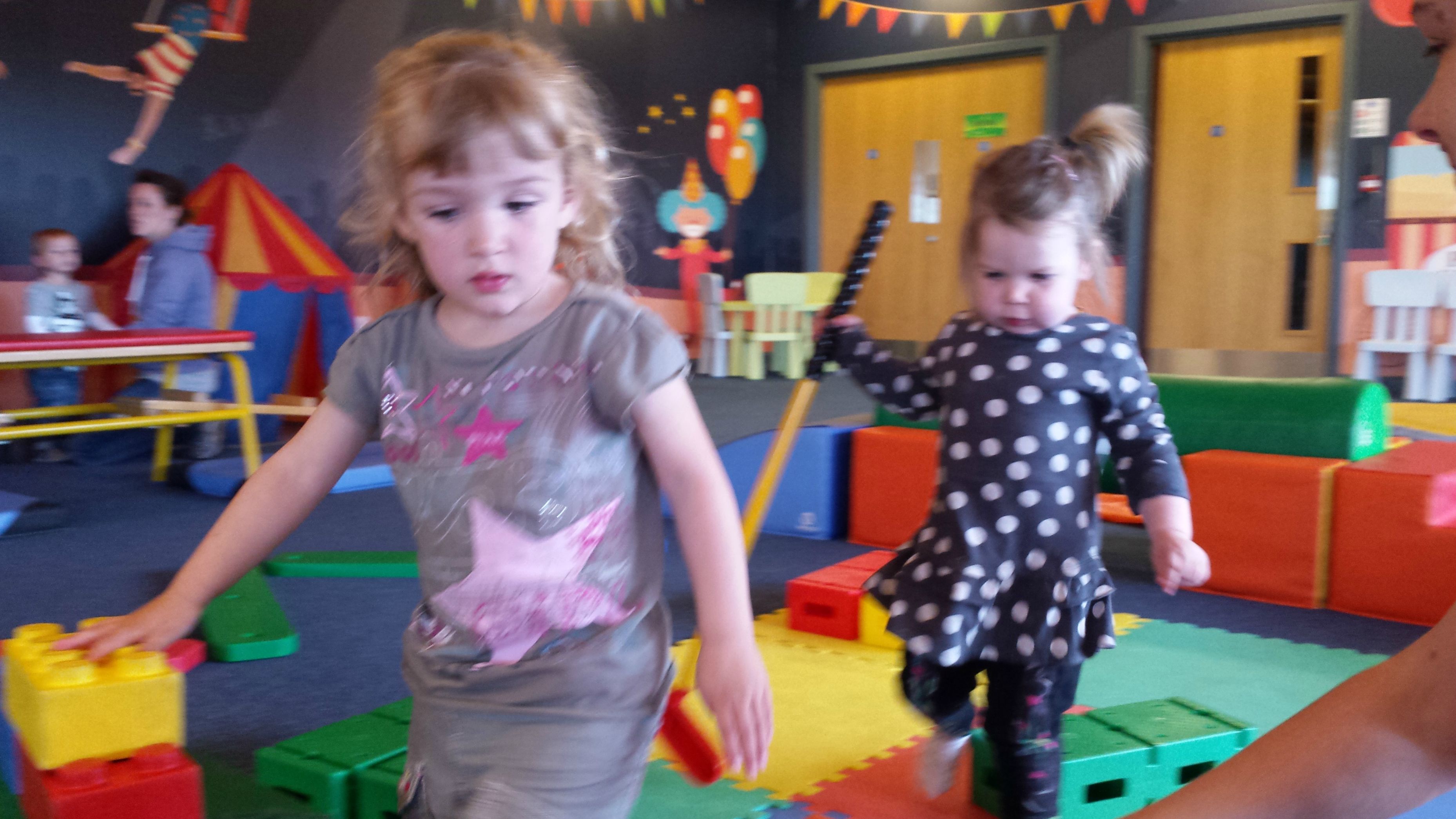 Mini Adventurers Zoo Keeper crèche session: 3 hours unaccompanied session. Now as Athena isn’t talking properly yet and I wasn’t with her I can’t tell you exactly what went on, but when I asked if she had fun she said she did! However Jessica who is a year older told us a bit more about it, face painting, cake making and salt dough painting all happened, along with a snack and some free play too. Jessica also came home with her face painted ‘like a beautiful butterfly’ but apparently Athena didn’t want her face painted (which is no surprise to me as she won’t sit still long enough!) We got a little sheet of paper letting us know what they’d eaten and detailing the carers names and nappy changes etc. for £24 for three hours of childcare, plus a take home decoration and little cake I think this is definitely good value for money and wouldn’t hesitate to book a session like this again! Perfect for when the parents need a break, or a spa treatment! 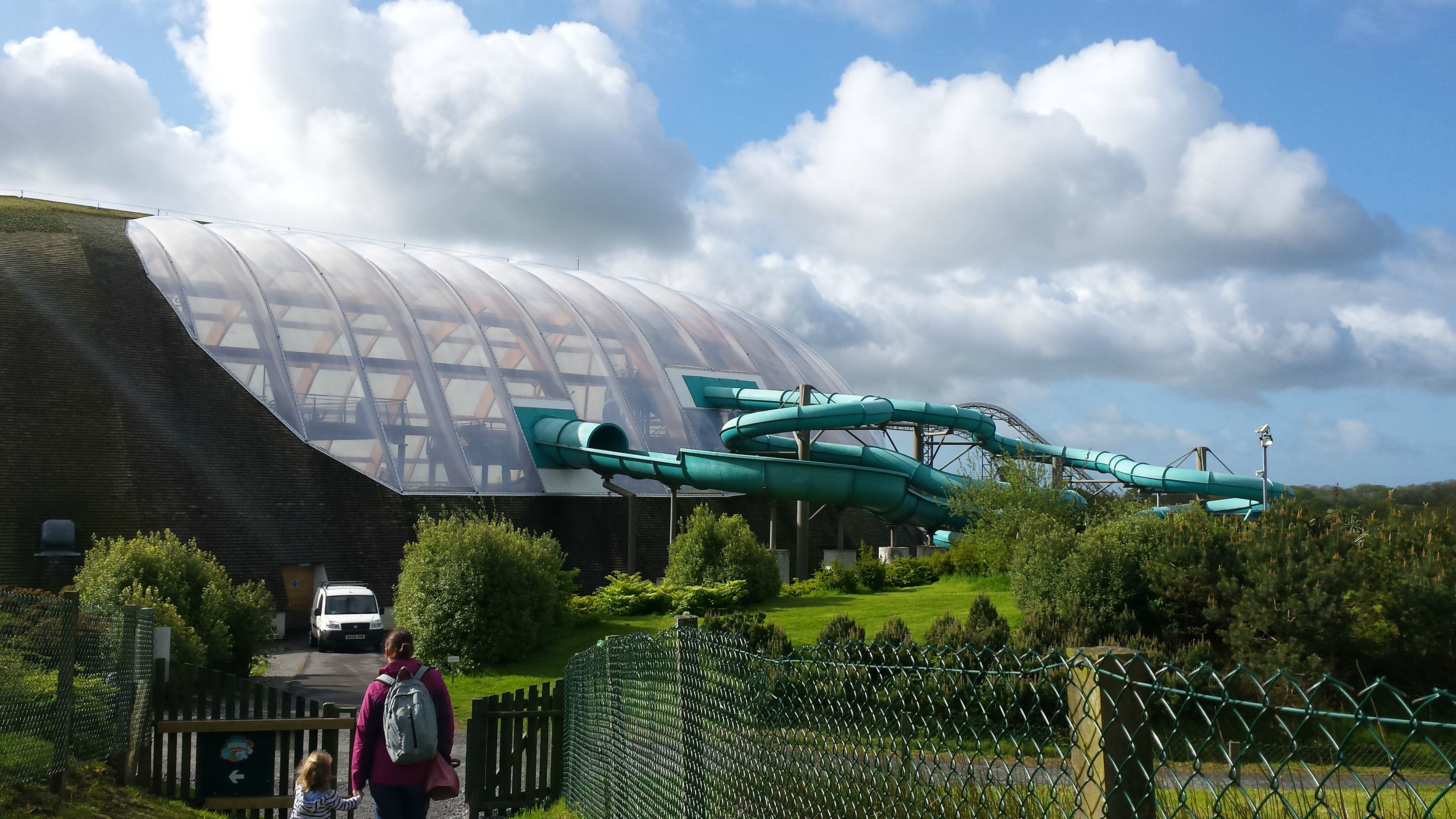 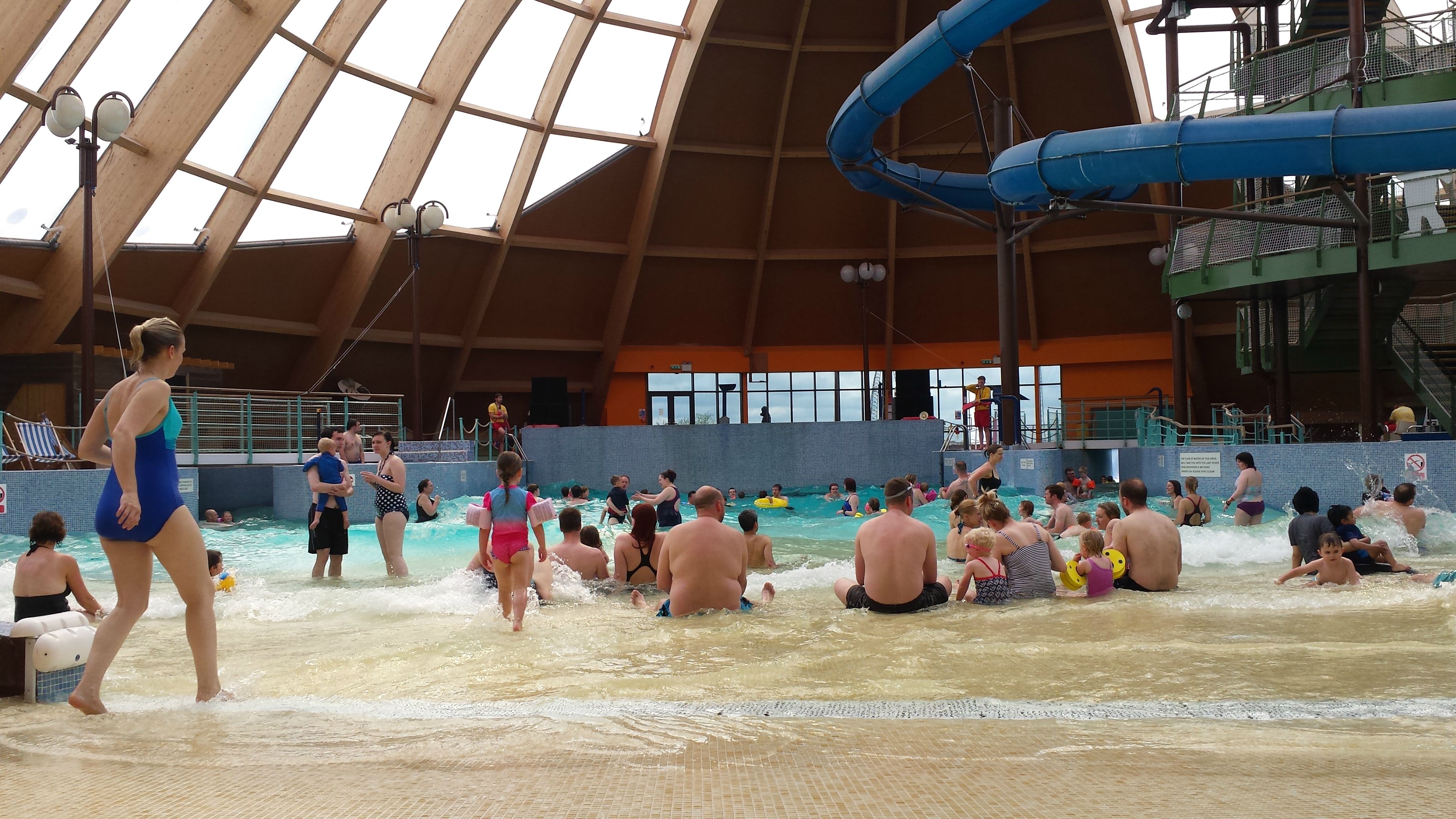 Blue Lagoon: A pretty amazing pool, with a lazy river that takes you outside and back in again, flumes, two separate areas for younger and older kids and the addition of a wave machine every half an hour! It was a bit of a mission having Athena & Arlo, so the second time we went Arlo stayed in his car seat sat on a deckchair and we all took turns sitting with him! I don’t think he minded too much but he did enjoy the waves the time we did take him in!

I didn’t go on the flumes but the other people who were tall enough did! (sorry Athena, maybe next time!) and they were ‘wicked’ according to Sam, with little pools inside the slides as you go down them! I will definitely try them out next time we go! The smaller water cover area for toddlers was a big hit with our two toddlers, and has a gate to keep them safe from running into the main pool without you! A mini waterfall, with rocks you can clamber up and a few little jet sprays meant they would both happily have stayed there all day I think! 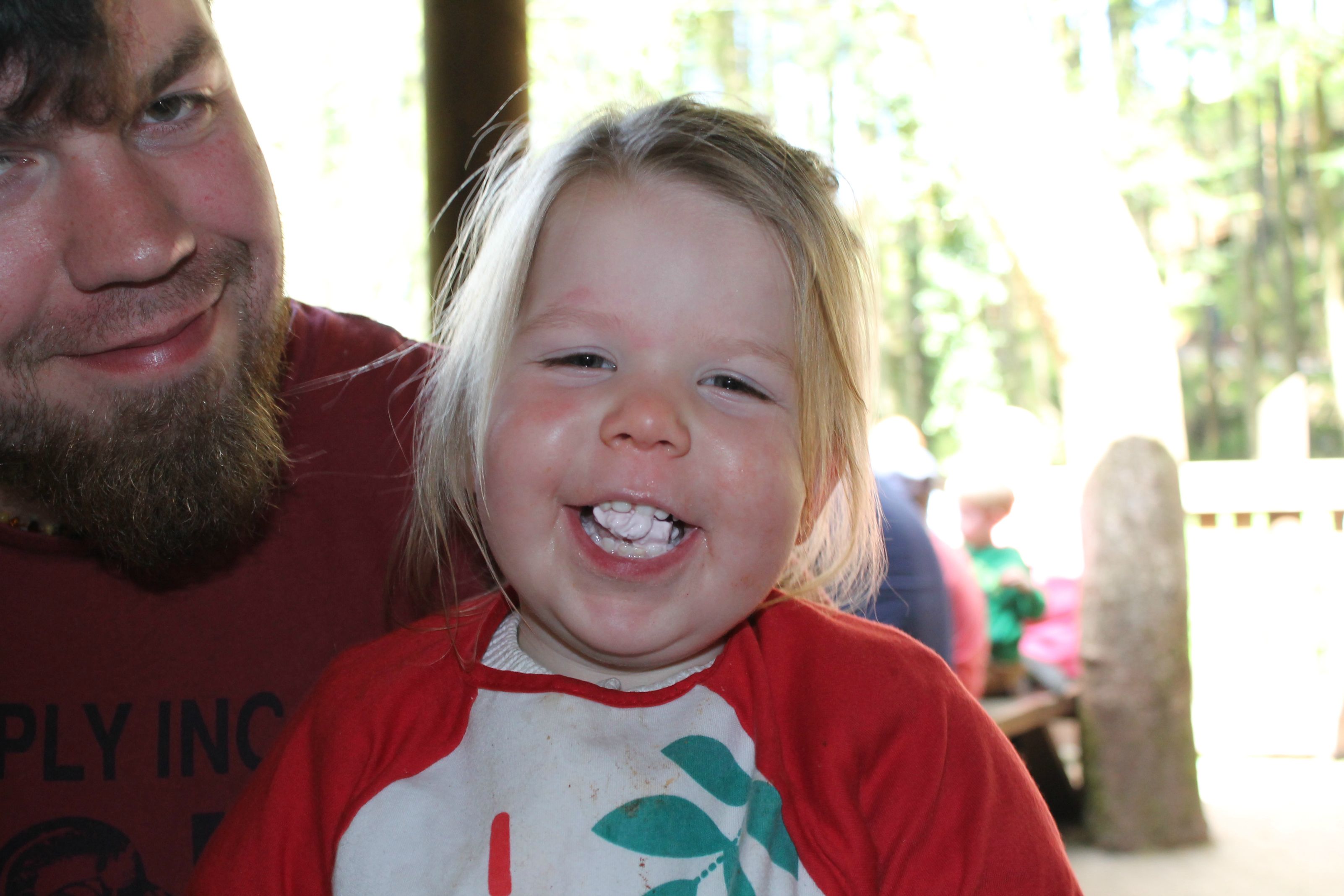 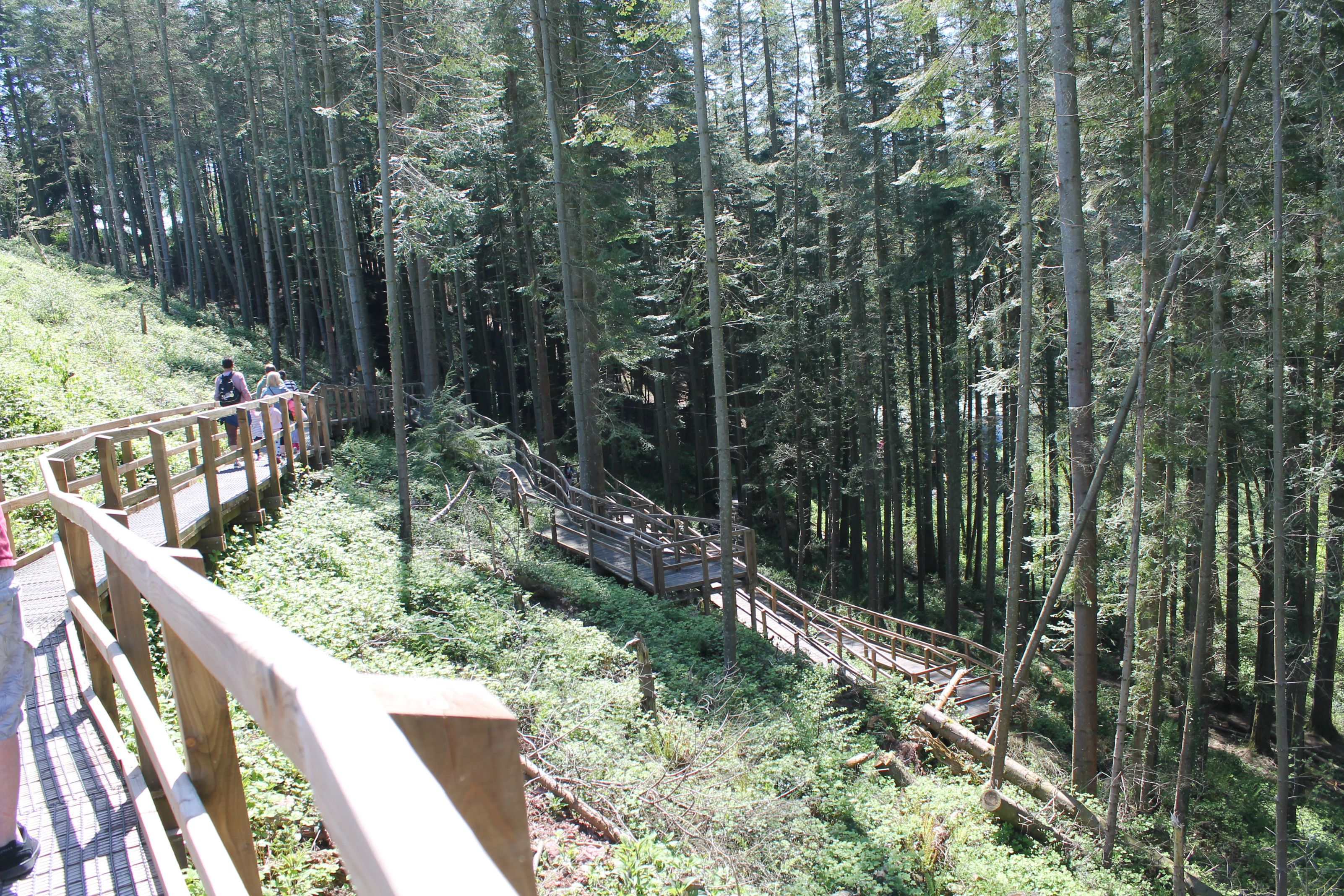 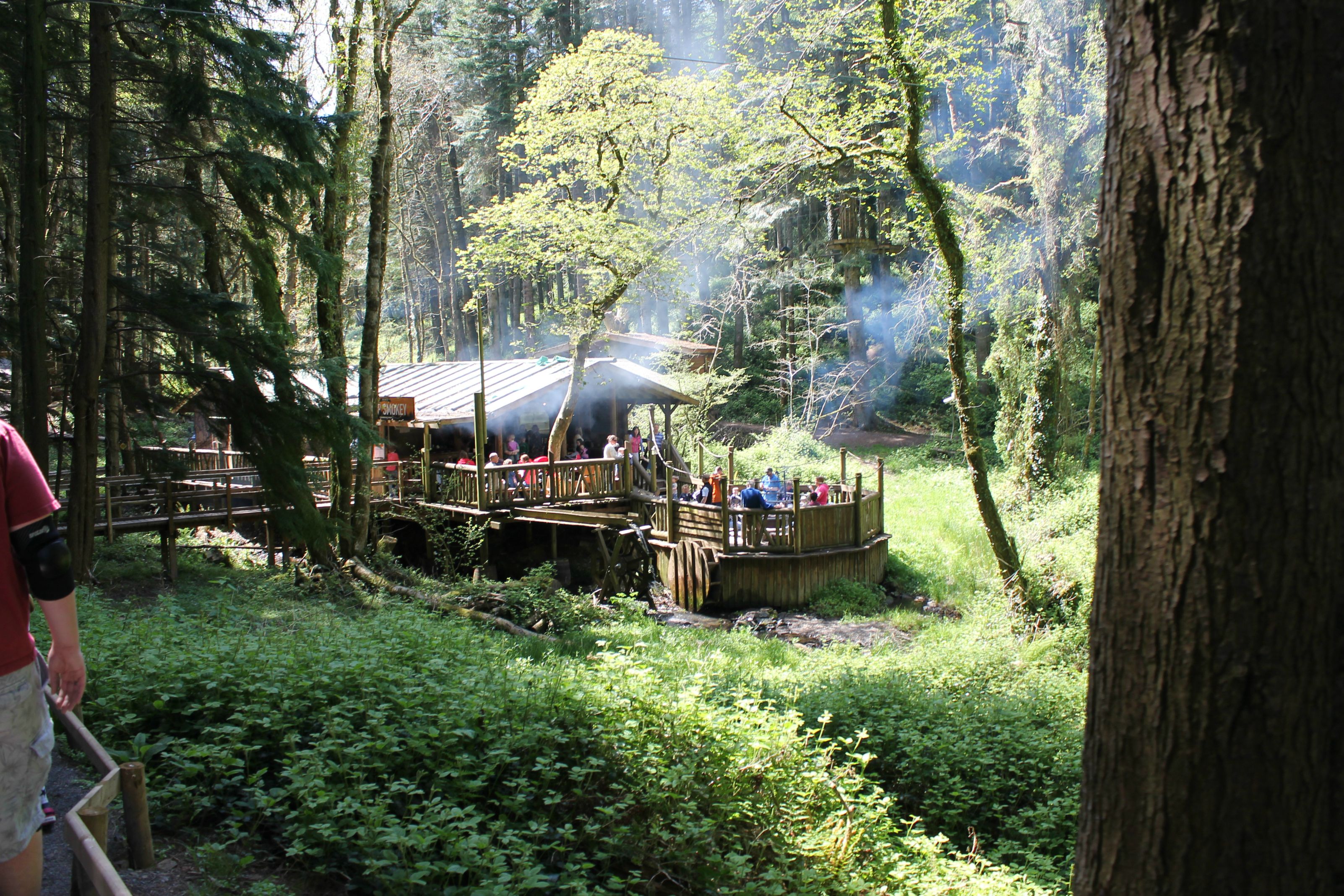 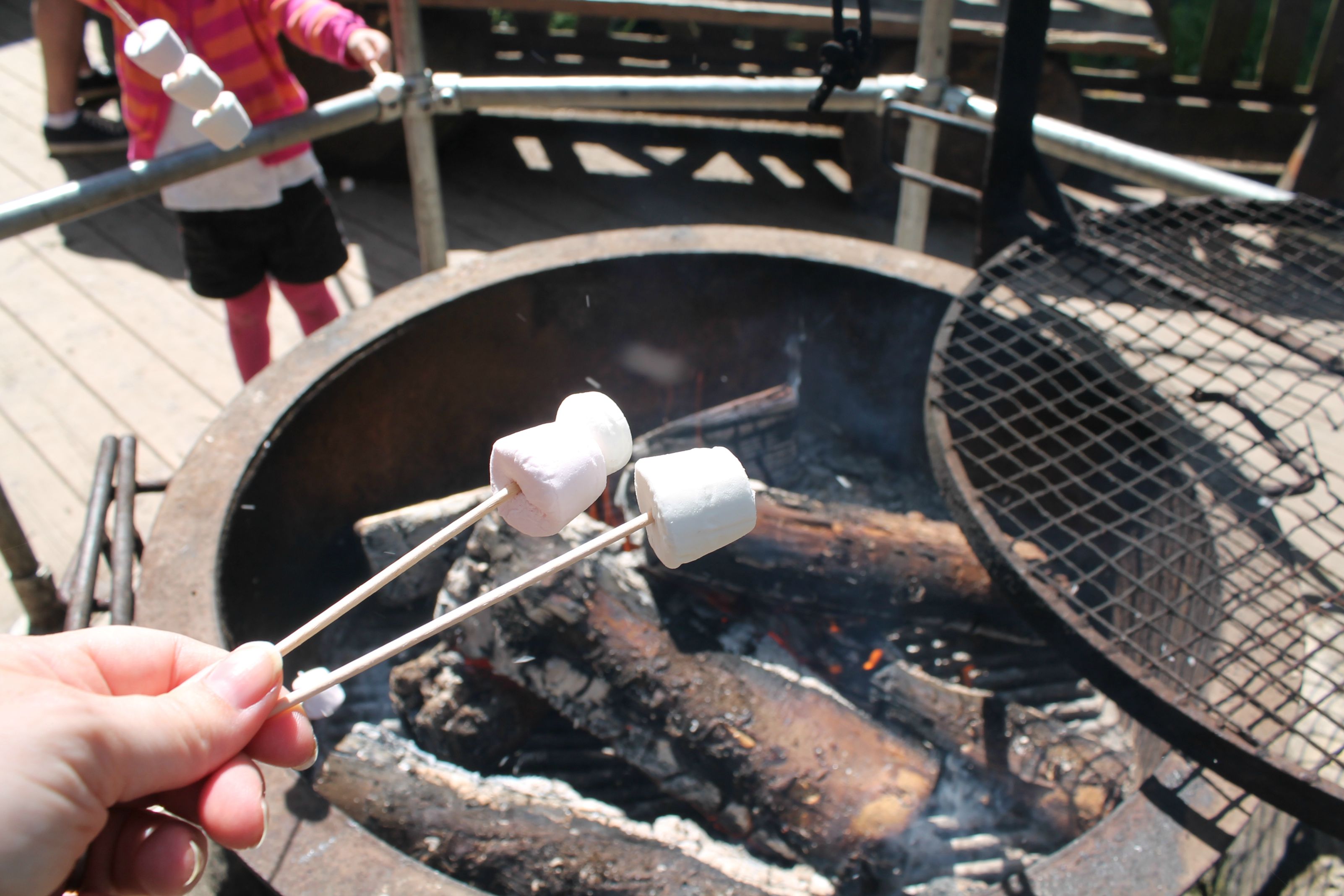 Steep Ravine: You’ve got Camp Smokey, a western themed restaurant with a sloping boardwalk to reach it, so buggy/wheelchair friendly as well as access from the Steep Ravine too, which has zip wires, panning for gold and all sorts! We spent a great afternoon there scoffing our faces and toasting marshmallows! I’d advise to arrive around 2.30 for food as that’s when the lunch crowds dispersed and it got a lot less busy! The food was tasty and the experience was pretty awesome! Our friends and their daughter did the Gold Panning activity and said it was great fun, with the staff staying in character throughout to make it really special for their daughter! She even came home with some ‘gold’! 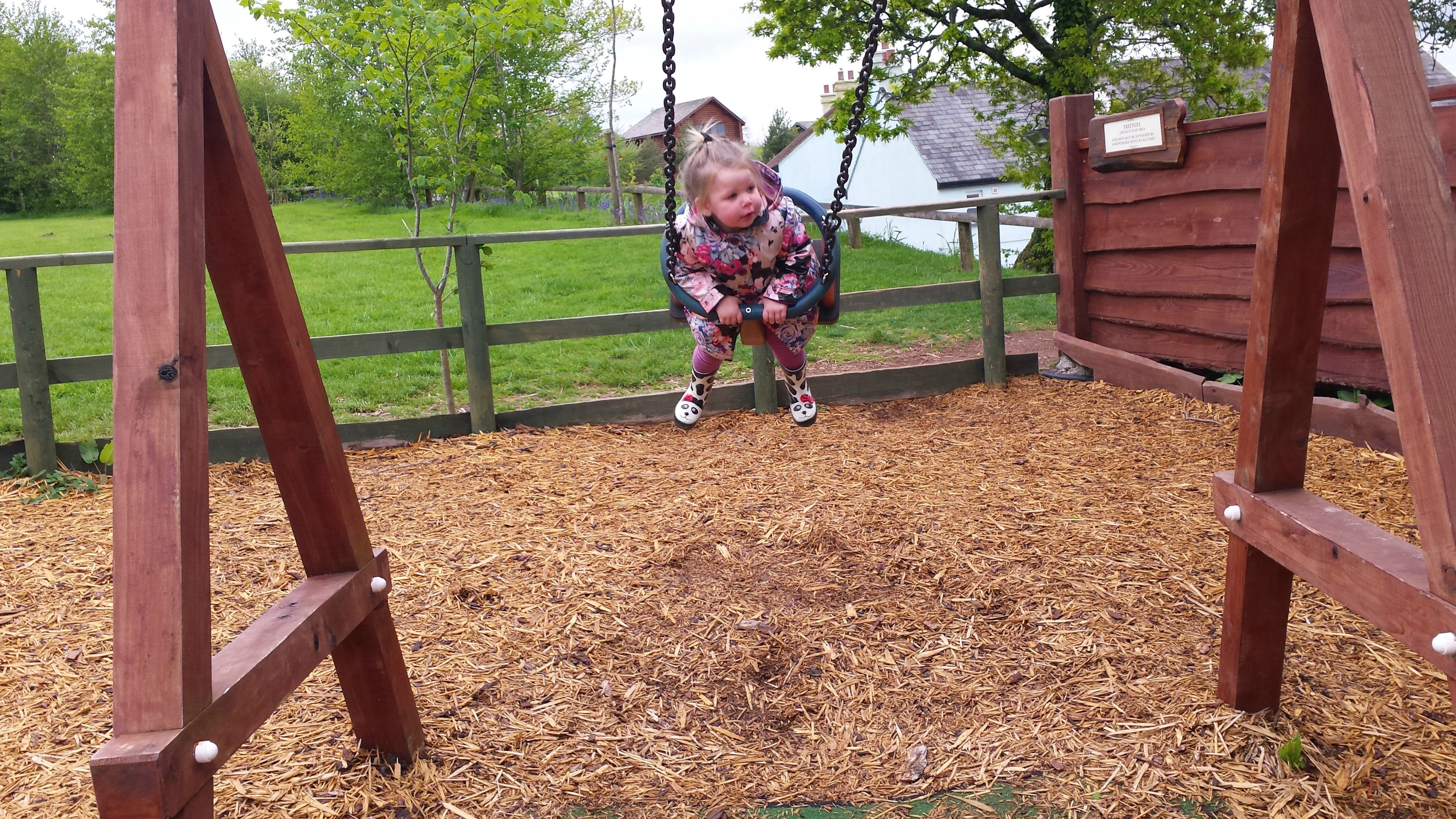 The Village: We only ate in the village once at the Farmhouse Grill on our last night as we had run out of food at our lodge, and it meant less to clear up! The service was brilliant, and the food was tasty and on par with average high street restaurant chain prices. We booked at the Adventure Centre in advance to secure a table which I would advise as it was pretty busy! There is also a pub, a gift type shop and a convenience store and bakery too for any bits you need to pick up during your stay. We visited the bakery most morning for croissants!

Bluestone offered us accommodation for a 4 night stay in exchange for an unbiased review.

Read part one of my Bluestone review here