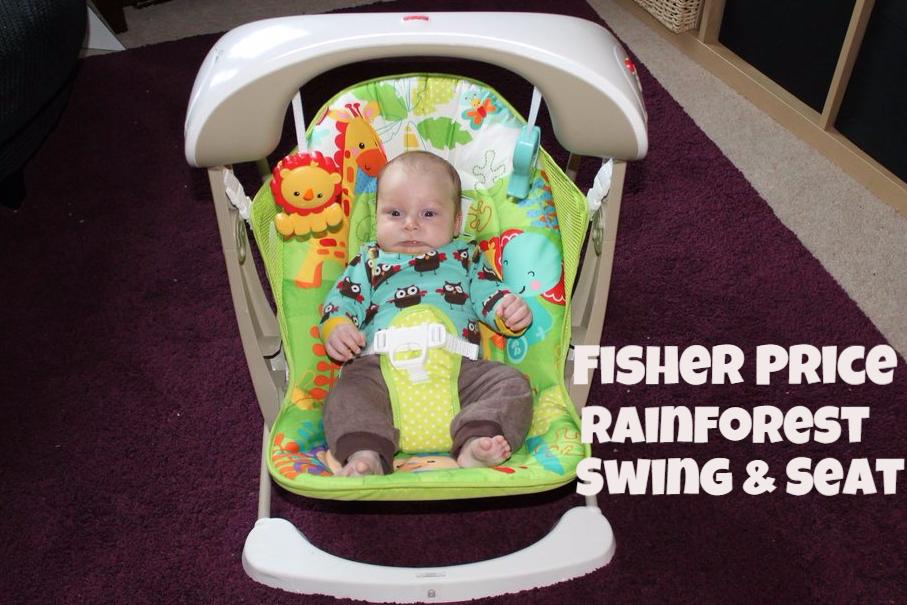 Arlo has been chilling in style since the day he arrived home in a Fisher Price Take Along Swing & Seat chair, which is great to use as a chair for daytime naps (if I can persuade him to nap on his own rather than on me!) and perfect as a swing to keep him happy when I am playing with Athena or making dinner! 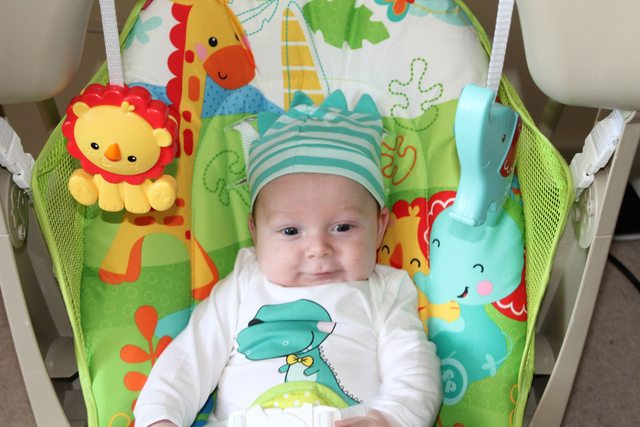 It’s cleverly designed to be as portable as possible as it folds up fairly compactly and doesn’t require any power source as it is battery operated. Sam set it up for me as I was taking it easy post C-section and managed it without the manual so it must be fairly easy to set up, and is easy to use too!

The control panel on the side has an obvious on/off switch, then three functions: vibrate, swing (with 6 different speeds from gentle to fairly fast!) and then there are 10 different sounds (nursery rhymes and nature sounds) with volume control. The batteries are still going strong 8 weeks later too, by the way! The dangling Elephant and Lion get whacked by his little flailing arms, and I can’t wait for the day when he reaches out and grabs on on purpose! 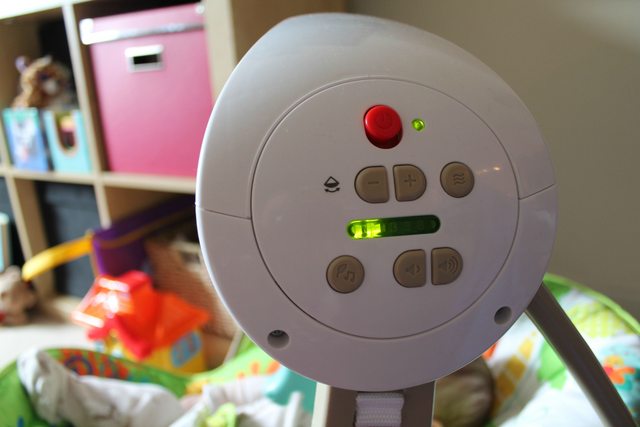 The great thing about the swing function is that it starts on its own, so I can literally stick him in it and press the button if I have to rush off somewhere! It is also designed to sense the weight of the baby so as they get heavier the swing won’t slow down! To turn the swing into a stationary seat there is a little strap with a clip that clips to the front of the frame, this is easy to use but Athena likes to undo it and do it up which is a bit irritating for Arlo! She’s also happy to go and turn the vibrate function back on when the timer runs out, which is very sweet of her but sometimes she turns the tunes on too when he’s already asleep! 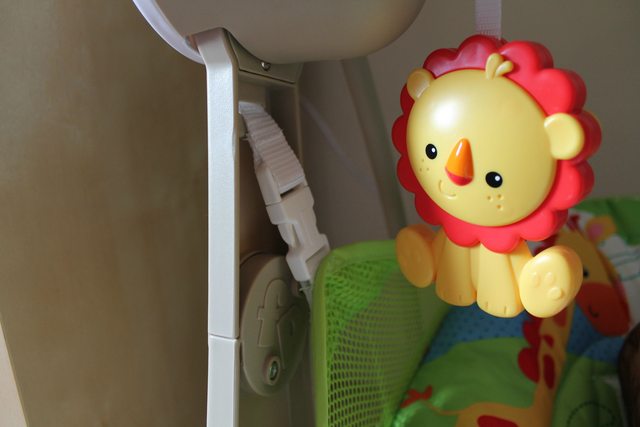 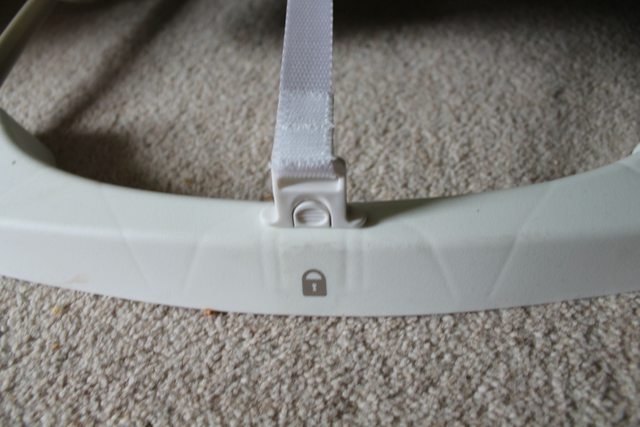 As you would expect from Fisher Price safety and ease of use has been well thought out, there is a 5 point harness (with two shoulder heights, though we actually haven’t bothered with the shoulder straps yet) and the cover is soft and completely washable in the machine! Non slip feet mean that even on a tiled floor on the highest swing setting it stays put!

Arlo at a couple of days old, being watching over by his sister!

You can use the seat until your baby is 25lbs, so should last into toddler-hood for most people! The only criticism I have is that the battery compartment cover sometimes rattles when the vibrate function is on, not all the time though and not too loudly, but it is a bit odd!

We were sent the Fisher Price Swing & Seat for the purpose of this unbiased review.