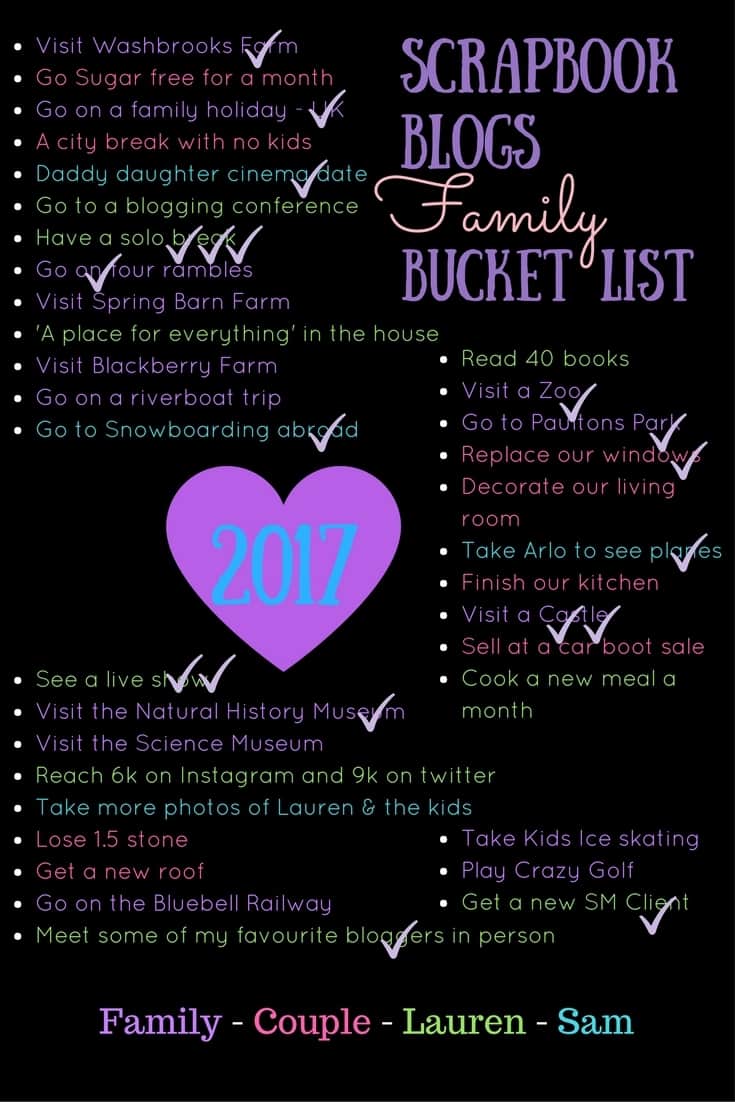 Half the year has disappeared already, how did that happen? We’ve added a few more ticks to our bucket list in the three months since my last update so I wanted to write a little post about how we’re getting on!

The ticks we’ve added since March are:

Visit Washbrooks Farm, Go on a family holiday, Daddy Daughter cinema date, Take Arlo to see planes (though Sam actually took both kids to both these things – they saw the new Minions film and then went for lunch at Shoreham Airport to watch the smaller plans land and take off.

I had another solo break (at Riverside Cottage)  We’ve also visited a couple of Castles, Winchester (which is in ruins but still counts!) and Caerphilly Castle in Wales.  We’ve also added another live theatre show to the list, we saw The first Hippo on the Moon . My mum and I also took the kids to the Natural History Museum in June after we went to the Fireman Sam movie premier.

There are a still lots more items to tick off, and a few I fear we will have missed the boat on for this year but hey ho, you can’t win them all!

9 thoughts on “Bucket List Update – Half way through the year!”