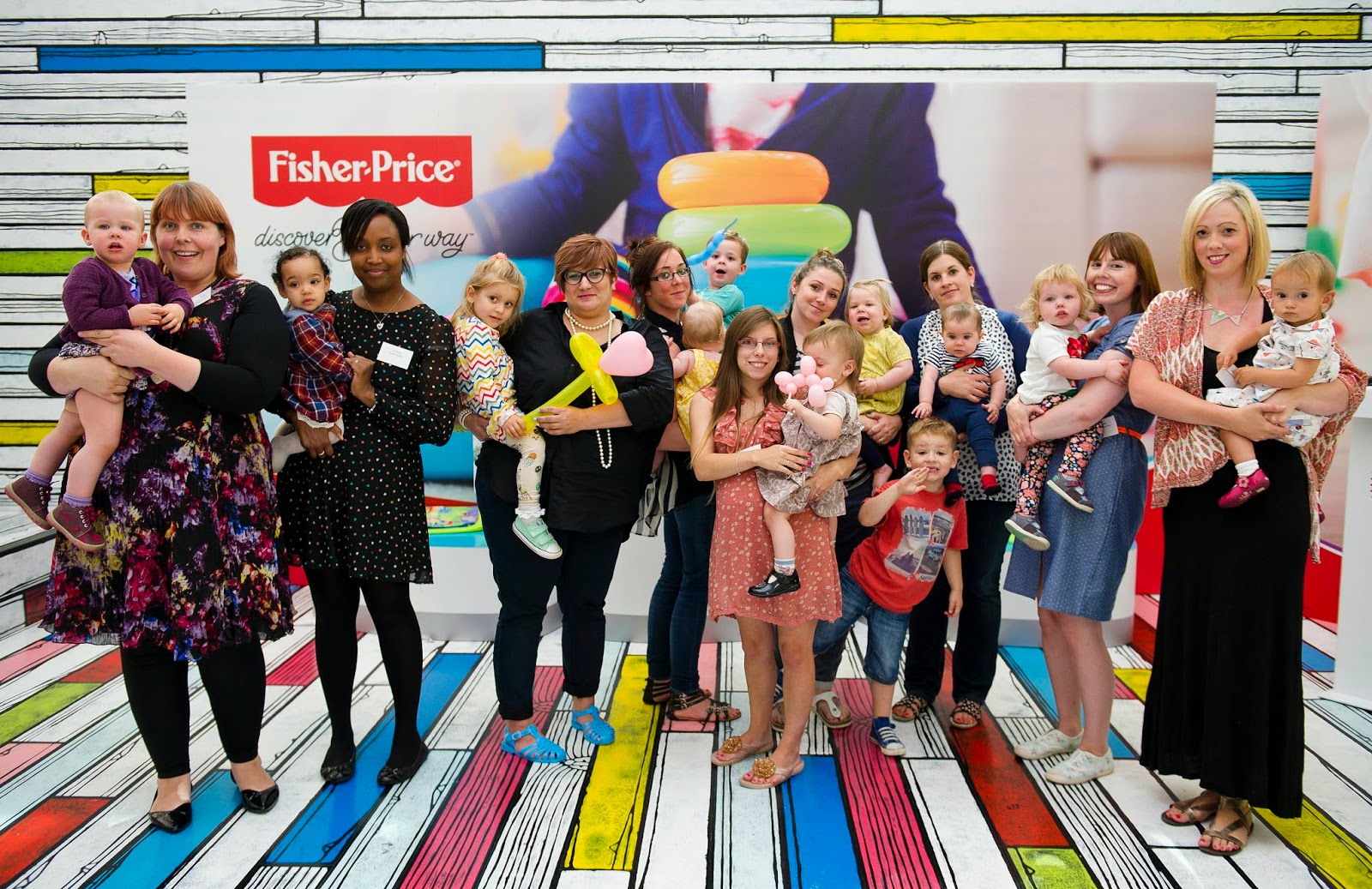 Two weeks ago Athena and I were invited up to London to Prima Baby magazine HQ for a talk on the importance of play by Fisher-Price to launch the new #DiscoverYourWay campaign. We had an intro from Susie Boone from MadeforMums to explain why the research had been undertaken and then Dr David Whitebread from the University of Cambridge went into more depth about how children play, including types of play (Physical, objects, symbolic, pretence, games with rules) and why child initiated play is so vital to a happy and healthy child! I know I certainly used to feel guilty about not doing enough ‘organised activity’ with Athena when she was smaller, although I am a lot more relaxed about things these days as I quickly realised she does things at her own pace whatever I try to do! Plus if you’ve ever tried to make a strong willed toddler do anything then you’re a better person than I! Here are some of the findings from the research, do you agree? 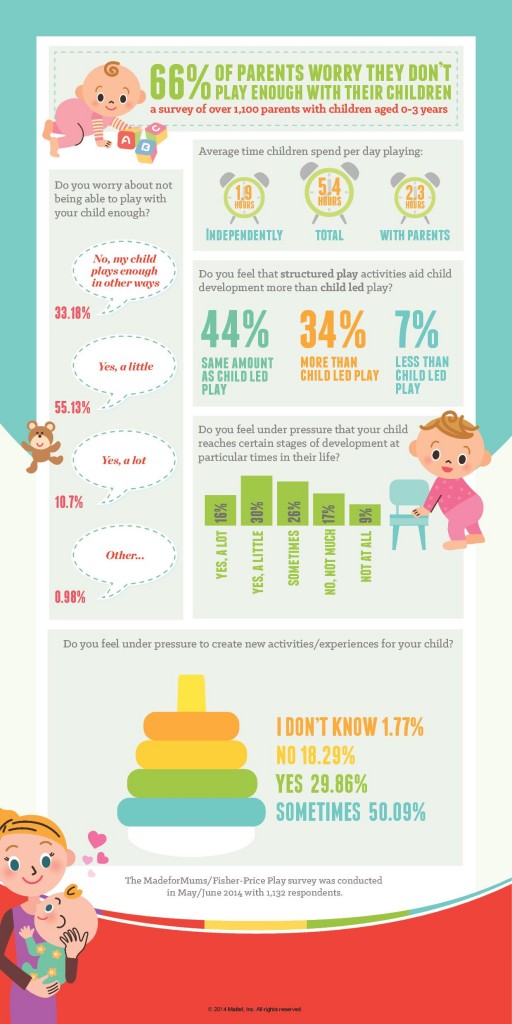 Whilst we mamas were learning that we shouldn’t feel as guilty as we do about time spent on organised play activities (hurrah!) Our offspring were happily occupied with a huge array of lovely Fisher-Price toys, and a real life fairy in a secure area full of bean bags and soft flooring!  A couple of children peeked through the curtain and came through to see their mamas (and play with the display toys – illustrating Dr Whiteheads points perfectly) but I didn’t see a peep out of Athena so clearly there was lots to keep her busy whilst she discovered and played! 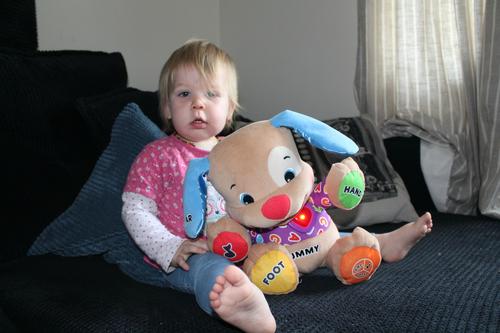 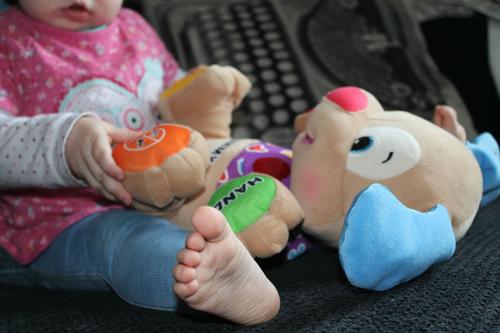 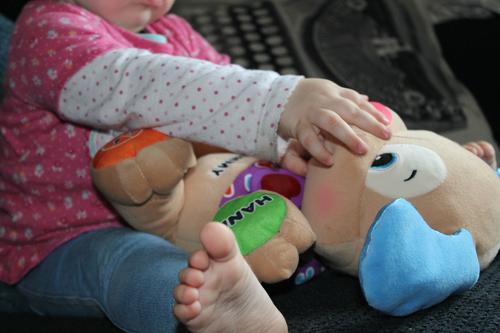 We were also very kindly sent the Love to Play Fisher-Price Puppy to play with, it is the perfect accompaniment to us recently teaching Athena where her ‘head, shoulders, knees and toes’ are! As soon as she saw it she went to squeeze its paw, so clearly remembered it from the event! The Puppy (or “og” as Athena calls him) has several different buttons to press in different body parts.

There are 40 sing-along songs and phrases and by pressing the Puppy’s left foot changes you can change the mode, switching between songs & letters/numbers/body parts. Athena loves to bounce or dance along to the tunes, with old favourites included like Pat-a-cake and Itsy-Bitsy spider that she recognises from rhyme time and her nursery. From a mummy point of view the Love to Play Puppy was easy to get out of the box with a flap to open at the back and a twist tie to undo, which is a godsend because some toys come in such hard-to-open packaging your child is having a hissy fit because they want it and it’s still in the box! The batteries are fully enclosed in a plastic pack at the back of the toy, and came included, another bonus, plus it isn’t horrifically loud either!

You can view the new Fisher-Price #DiscoverYourWay advert online here, it’s very cute indeed, and the Puppy gets a cameo along with lots of other awesome toys! So a huge thanks to Fisher-Price for letting me feel less guilty as a mama, inviting us up to meet them (and lots of other lovely bloggers and their babies) and for the ‘Og’ who will give us years of enjoyment!

2 thoughts on “#DiscoverYourWay with Fisher-Price”