Athena came home with her first Christmas card at the beginning of last week from a classmate. She was so excited to sit down open it and find out who it was from… I think their teacher hands them all out in bulk at the end of the day so she didn’t know exactly who was from till she opened it. She was so excited to read the name, and of course the next questions was ‘When can I write my own cards?’ Thankfully being the super organised person that I am (I know, I surprised myself!) I whipped out the box of cards that had already bought back in January in the sale! So she sat down with a pack of 30 Christmas cards and got cracking! 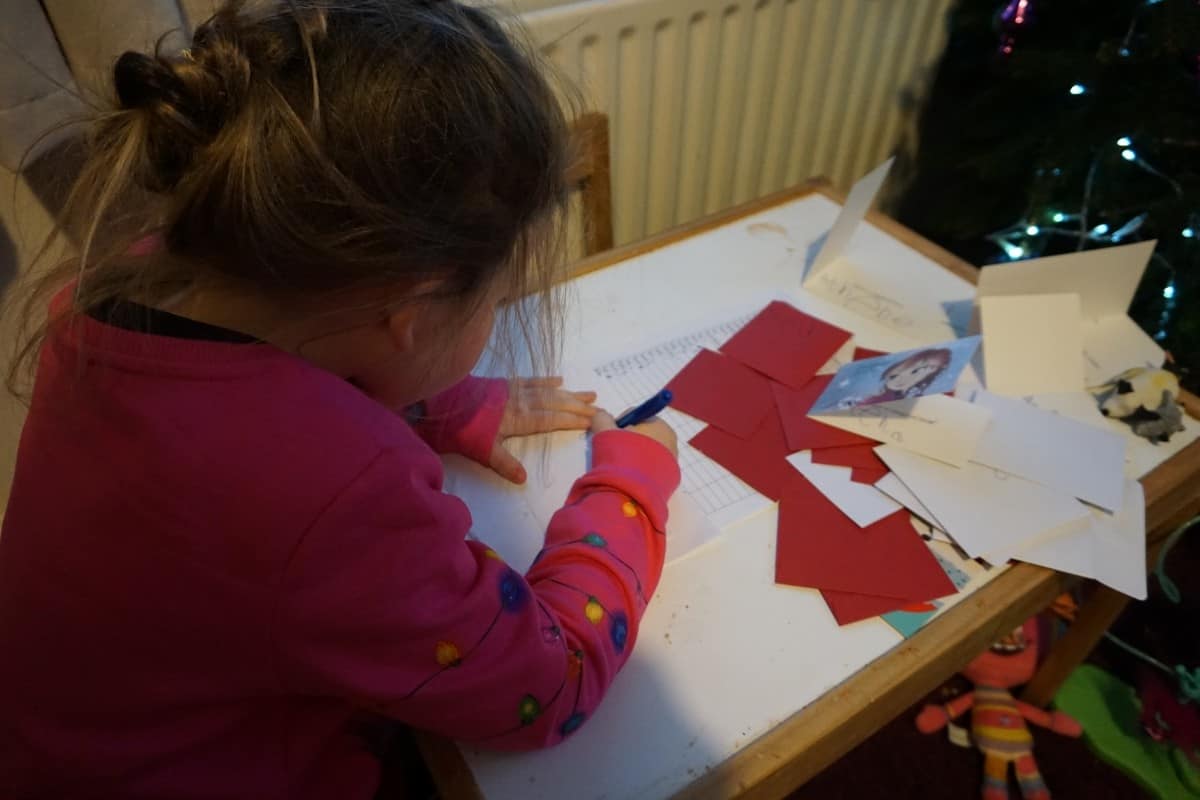 Since starting school Athena’s been so keen to write, thankfully she was happy to do all her cards herself with very little input from me. I showed her the class list and try to explain to her that she needs to start from the far left side of the card, otherwise some of the people’s names were ending up on two lines! It took us a couple of sittings but in the end she wrote every single card herself including the envelopes and  was so excited to pack them all up into her school bag to take them into school. It only seems like yesterday that whenever she was given a pen or pencil she would just make a scribble on the page and now she’s writing her own Christmas cards. I really can’t believe it;it’s a proper Milestone!

3 thoughts on “Everyday Us: Athena writing her own Christmas Cards”