Athena is a bit of a telly addict, I think I only have myself to blame as I relied on the TV to be a bit of a babysitter when her little brother arrived and I had a not quite two year old to entertain during long feeds and naps! As a result she is quite happy to spend an hour or two chilling out on the sofa watching Netflix, and she has some firm favourites that I can guarantee she’ll be happy with!

True and the Rainbow Kingdom

“When something’s wrong in the Rainbow Kingdom, bighearted guardian True and her best friend, Bartleby, are there to grant wishes and save the day” basically bright colours, rainbows, pets and magical powers= everything Athena really wants in life. Its sickly sweet but I can tune it out quite well!

Bo on the Go

An animated series that gets Athena (and Arlo) up and dancing with ‘animoves’ that they have to do in sequence to help complete the adventures in each episode. With a little dinosaur sidekick Bo on the Go is actually one I don’t mind them watching and often watch along with them!

This is another favourite that has both kids in a state of hypnosis gawking at the telly oblivious to anyone around them. I quite like the old fashioned look of it, it’s a classic style of animation far more like what I used to watch when I was their age! Daniel the Tiger has various make-believe adventures in his neighbourhood with his friends. Each episode teaches a little lesson and it’s really inoffensive and pretty sweet really!

Grown adults dancing around in bright colours and crazy outfits. Its a bit odd if you ask me but again they both love it and it gets them singing and dancing, I guess its a bit educational too as many of the songs teach about colours and that kind of thing!

“With help from her magic toy chest, fun-loving Luna Petunia enters the fantastic land of Amazia, where adventures, friendship and learning await” More magic, this time in a special dreamland when the ‘real’ Luna turns into an animated one. There is a little moral to each story, where Luna emphasises the importance of believing in yourself and other strong messages. Again it’s very girly but the messages are good ones! Athena was sent a Luna Petunia doll last week too, and has been playing with it ever since it arrived! 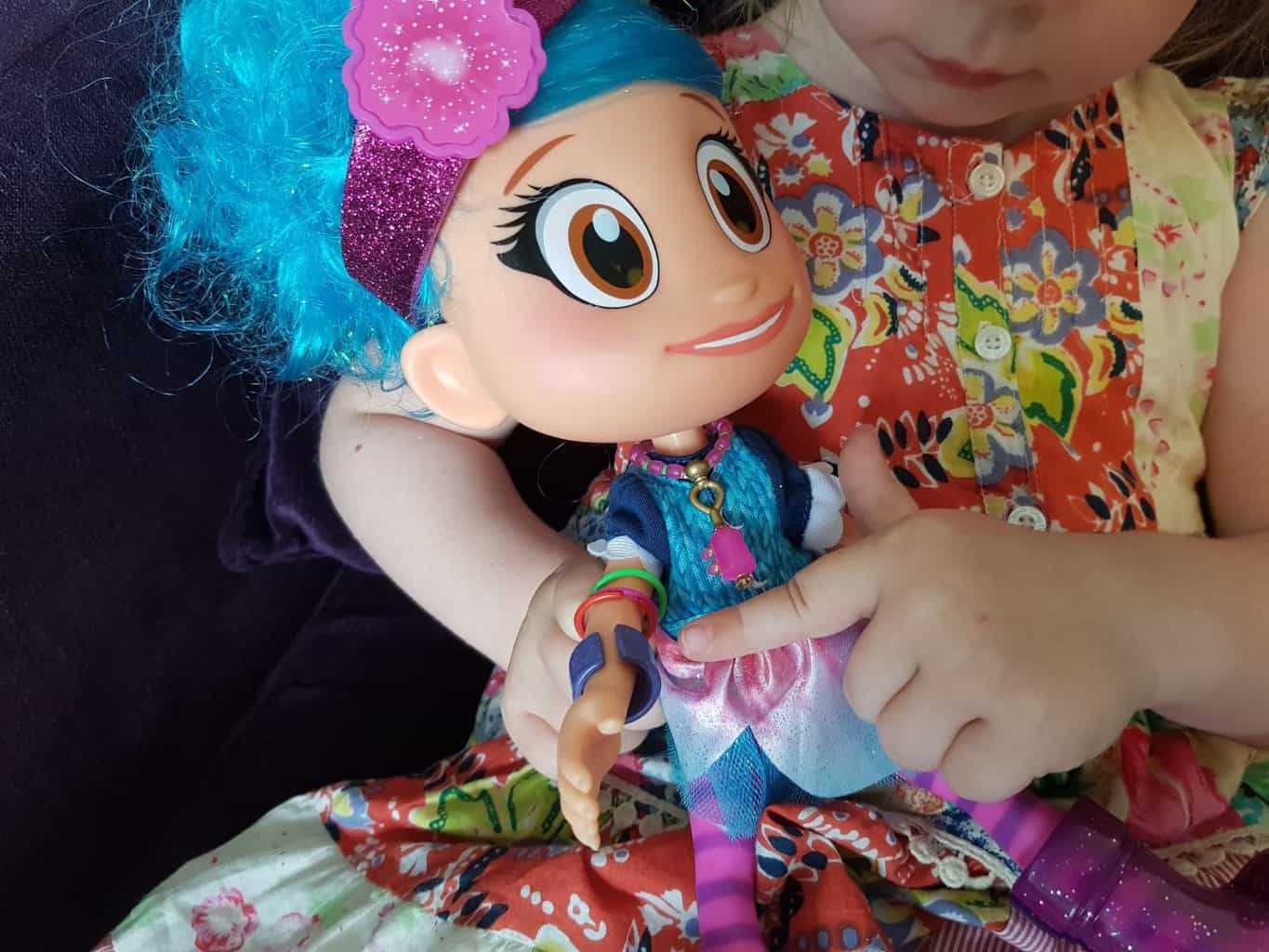 With removable boots, hair band and bracelets she’s been busy moving her accessories round, and attempting to sort out her mane of crazy sparkly hair! That’s a pretty impossible task as it’s basically a big ball of curly hair and would need more conditioner to sort out than we have in the house! Thankfully Athena isn’t too bothered, and she couldn’t read that you are meant to be able to play with the hair as it says on the box as she can’t read just yet! Luna Petunia also talks when the button on her chest is pressed, spurting out some of the classic lines from the show like ‘Make the impossible possible today’ and ‘stop, breathe and believe’ which is a little mantra I am trying to instill in Athena when she gets frustrated at not being able to do something! It’s a very modern way of teaching some important little mantras and encouraging phrases, which is always a good thing, even it arrives in the purple sparkly booted form of a doll with a pretty big head! You can get this doll and some other toys from the Luna Petunia range at Smyths Toys.  This doll costs around £24 which is on par with other character dolls that talk. 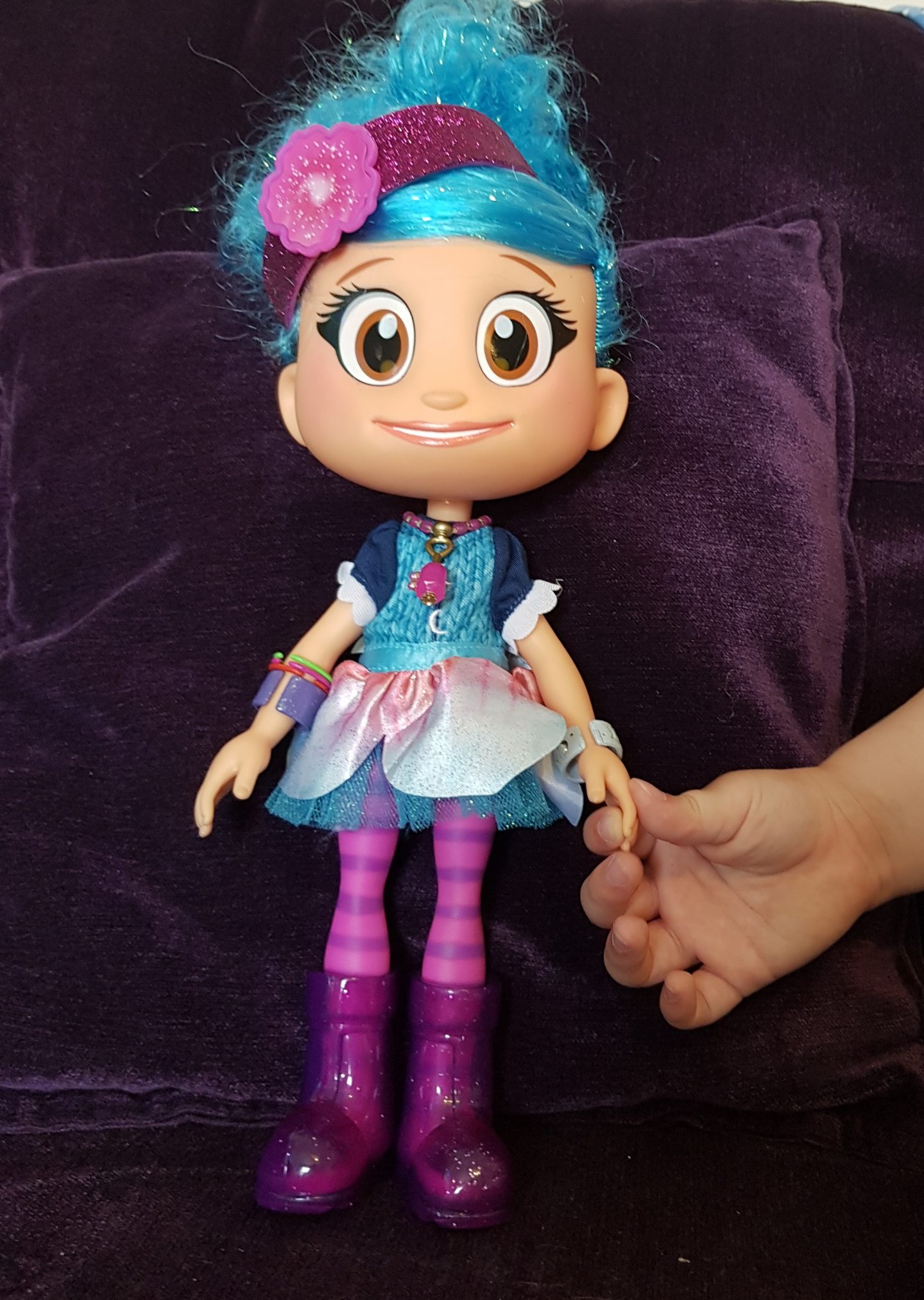