Arlo loves trains, he also loves putting things together and taking them apart so when I presented him with the Thomas & Friends Railway Pals set he was pretty excited! It took me forever to build the track as he kept grabbing bits and hugging them, but once i’d persuaded him that it would be a lot easier if we put it together to play with he let me get on with it! I set it up for the first time using the image on the box as a guide, but the amount of pieces mean that you can put set it up in numerous different ways, including the set ups on the leaflet included. The forty-odd pieces are numbered on the bottom too but we like to freestyle it (plus I didn’t read the instructions till afterwards!) 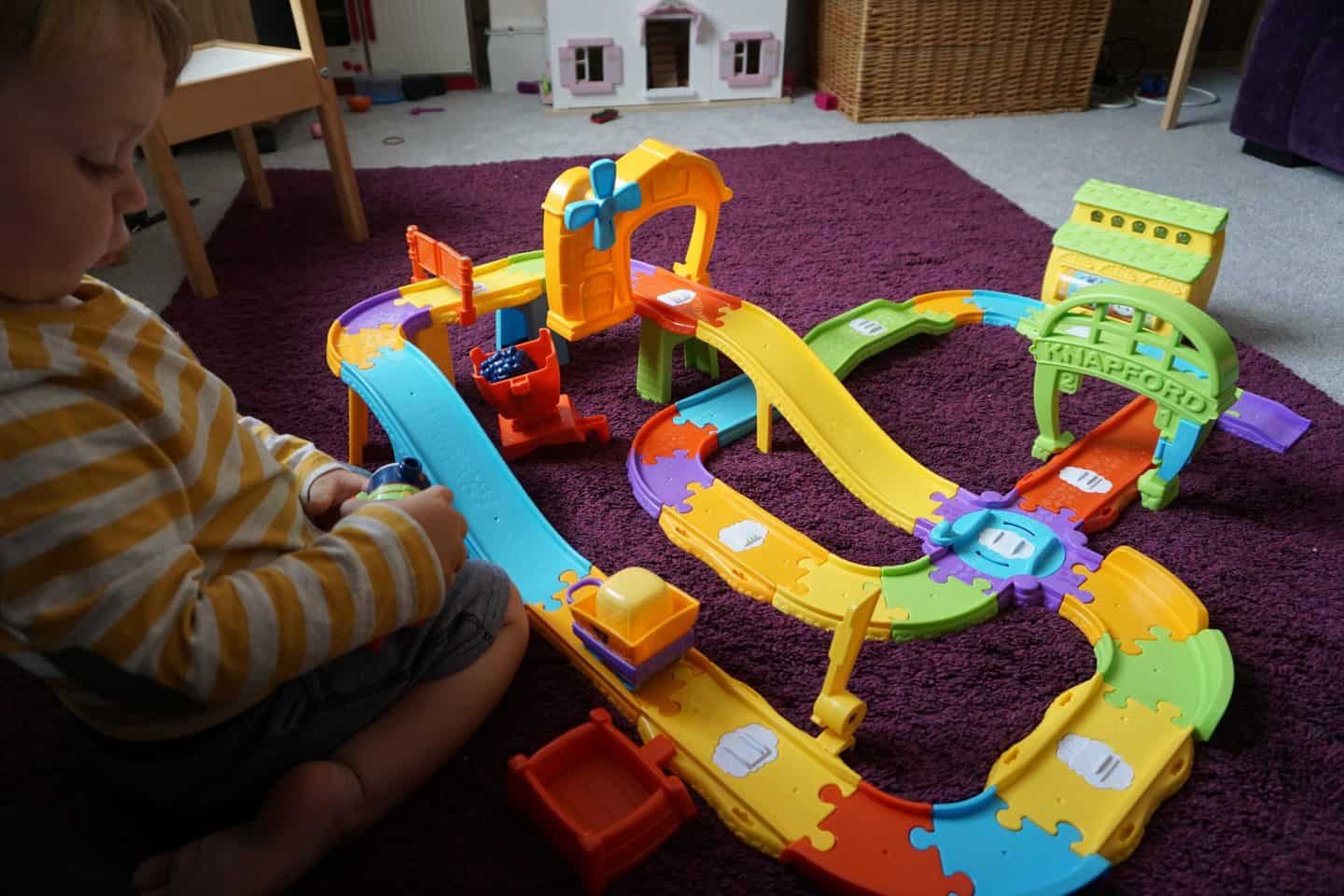 Both Athena (4) and Arlo (2) spent the rest of the day playing with the set, and the box I packed it away into overnight was soon emptied out the next morning, it’s safe to say its our their new favourite thing to play with! I like that they can put it together so easily themselves, Arlo puts the bits where he wants them and Athena presses them into place. The other great thing is that once clicked into place it needs a little bit of force to take the bits apart again, meaning they can’t move out of place when they’re being played with like wooden train track pieces can – an endless cause of frustration… often for me, as I’m the one that has to put them back together over and over!

The Thomas & Friends Railway Pals set is also educational (as you’d expect from Fisher Price) with over fifty sounds that teach about numbers, up/down, colours and letters. These sounds are activated by running the trains (Percy comes with this set) over the activation points on some of the pieces, which in turn trigger different sounds. I have added another 2 trains to Arlos Amazon wishlist as they will trigger different sounds than Percy over the same bits of track- clever! There are also familiar songs and sounds. 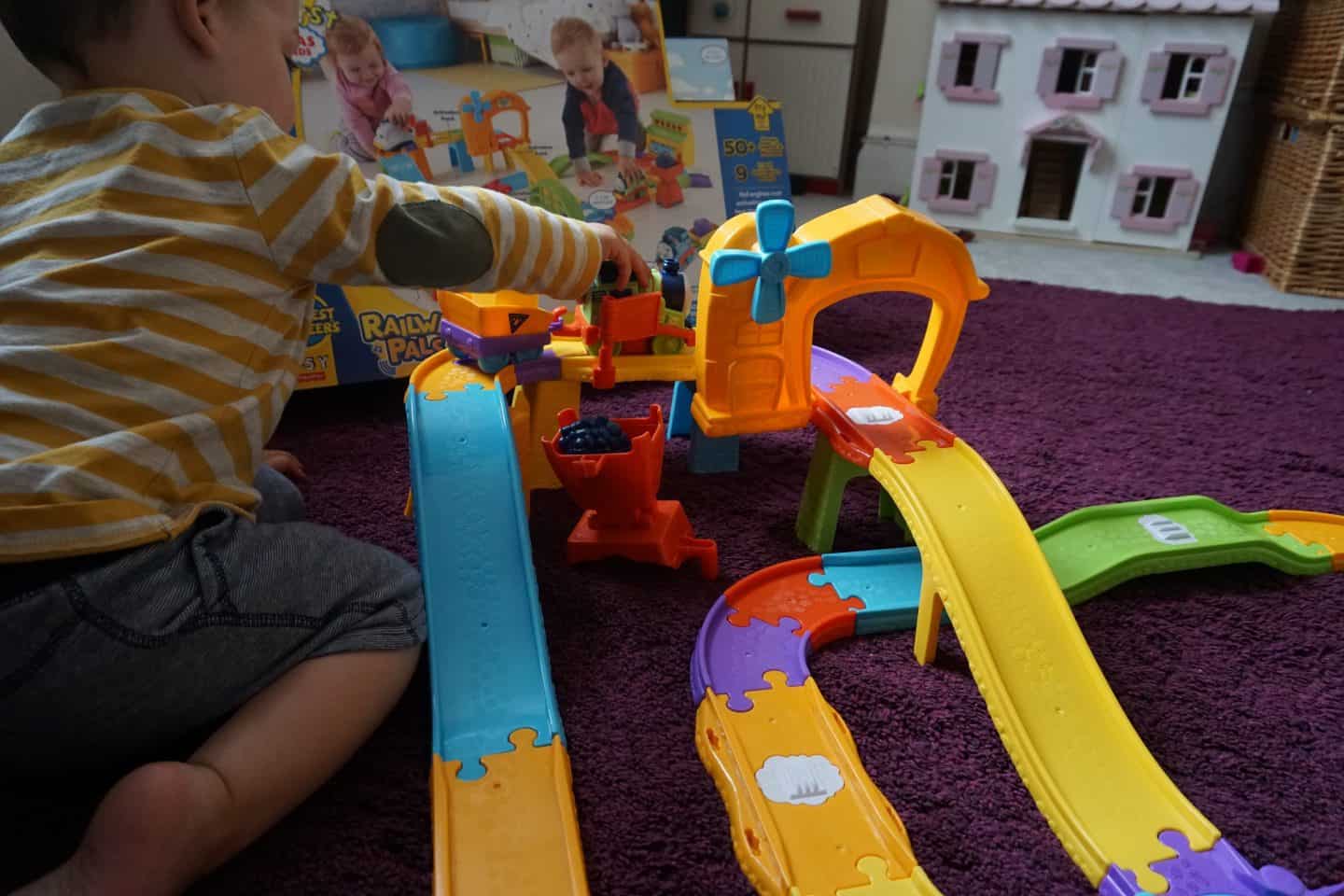 The track comes with a few extra items, like gates that need to be raised and lowered, a windmill to turn, Knapford station, the Farm, a cargo bin and a few other bits, plus a cargo car to attach to Percy to take things around the track (including raisins apparently- an addition by my kids!) Kids can also roll the Tidmouth shed drum for light activation and use the turn table to switch between tracks too.

The track is fully compatible with all the other Railway Pals sets, like Mountain Rescue and Rescue Tower, which means you can add to it as their imagination grows (or as they have a birthday or Christmas) The batteries were including in Percy no need to faff about there, but when they run out it’s just two AA that you’ll need (not that ours have yet) and they enable him to play the sounds from the track and light up and his light up bumper which also activates some sounds. 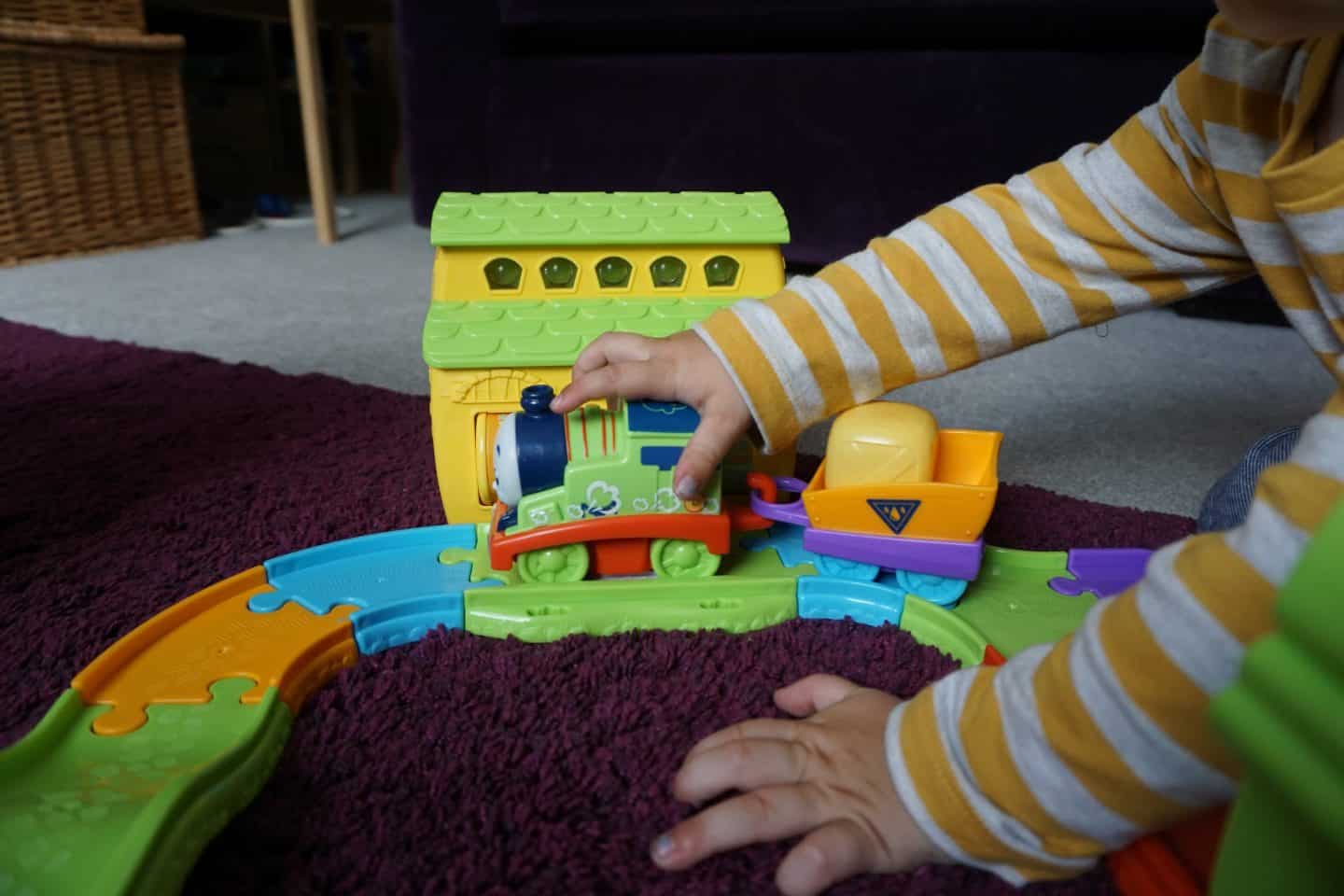 The Thomas Train set set is great for developing lots of skills in the age range that this toy set is designed for (which is 1-5 or young explorers)  like motor skills, cause and effect and later imagination. Arlo is already starting to tell me where the train is going when he’s pushing it around the tracks, and Athena adds all sorts of crazy stories into the mix when they play together… not to mention the raisin transportation system they’ve put in place! I definitely need to get another train sooner rather than later! 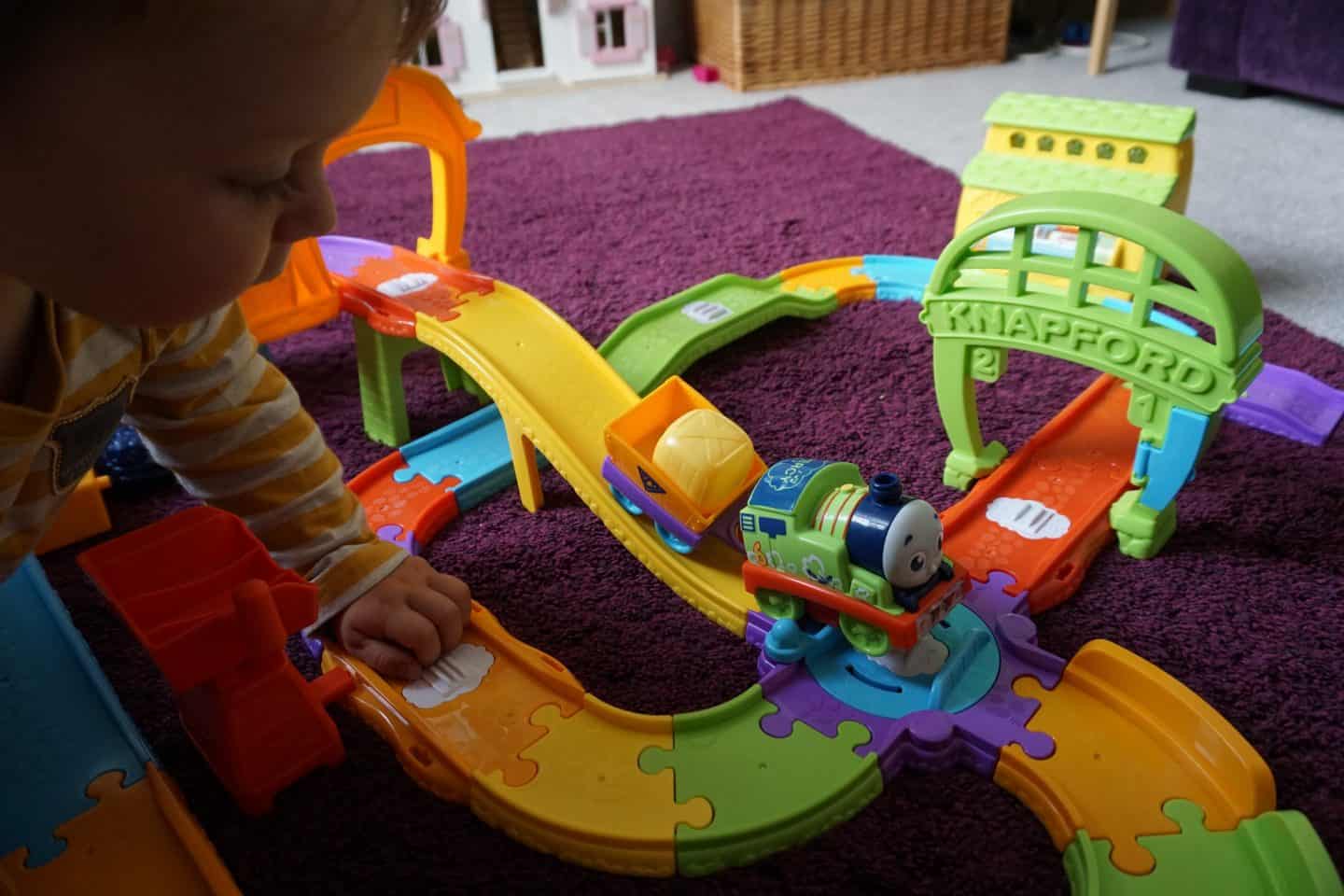 You can read more of our toy reviews here.