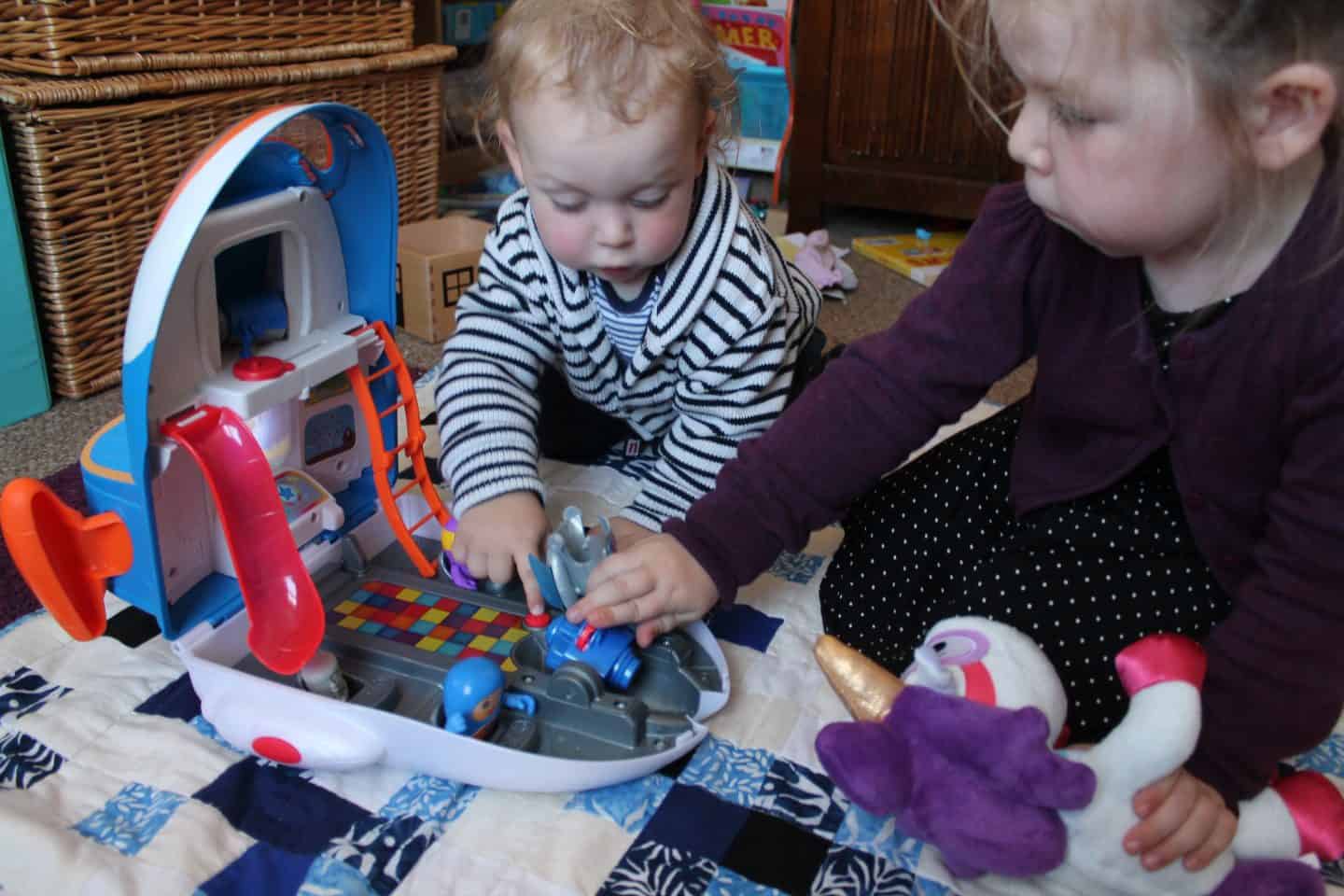 I’m always amazed about how much more intricate kids toys are now than when I was small, but when the new Go Jetters Head Quarters arrived I suddenly was a bit envious of the lucky people who get to think up toys, design them and then play around with them to make sure everything works well, because coming up with this one would have been so much fun! Go Jetters airs on Cbeebies and follows the adventures of four little characters under the guidance of their leader Ubicorn (a nisco dancing Unicorn) as they travel around the world finding things out about a specific destination. They find out three ‘funky facts’ about it and spot a landmark, and have to stop it from being glitched by Grandmaster Glitch. It sounds bizarre but is good fun, Athena loves it and Arlo likes the disco style music.

My two have been playing with their new Go Jetters toys, along with the Jet Pad HQ we were sent an extra figure pack and a talking soft toy Ubercorn so they could really get stuck in with playing. Athena is at the age where role play and imagination play are a daily (if not hourly!) occurrence and having new toys with loads to explore really help! 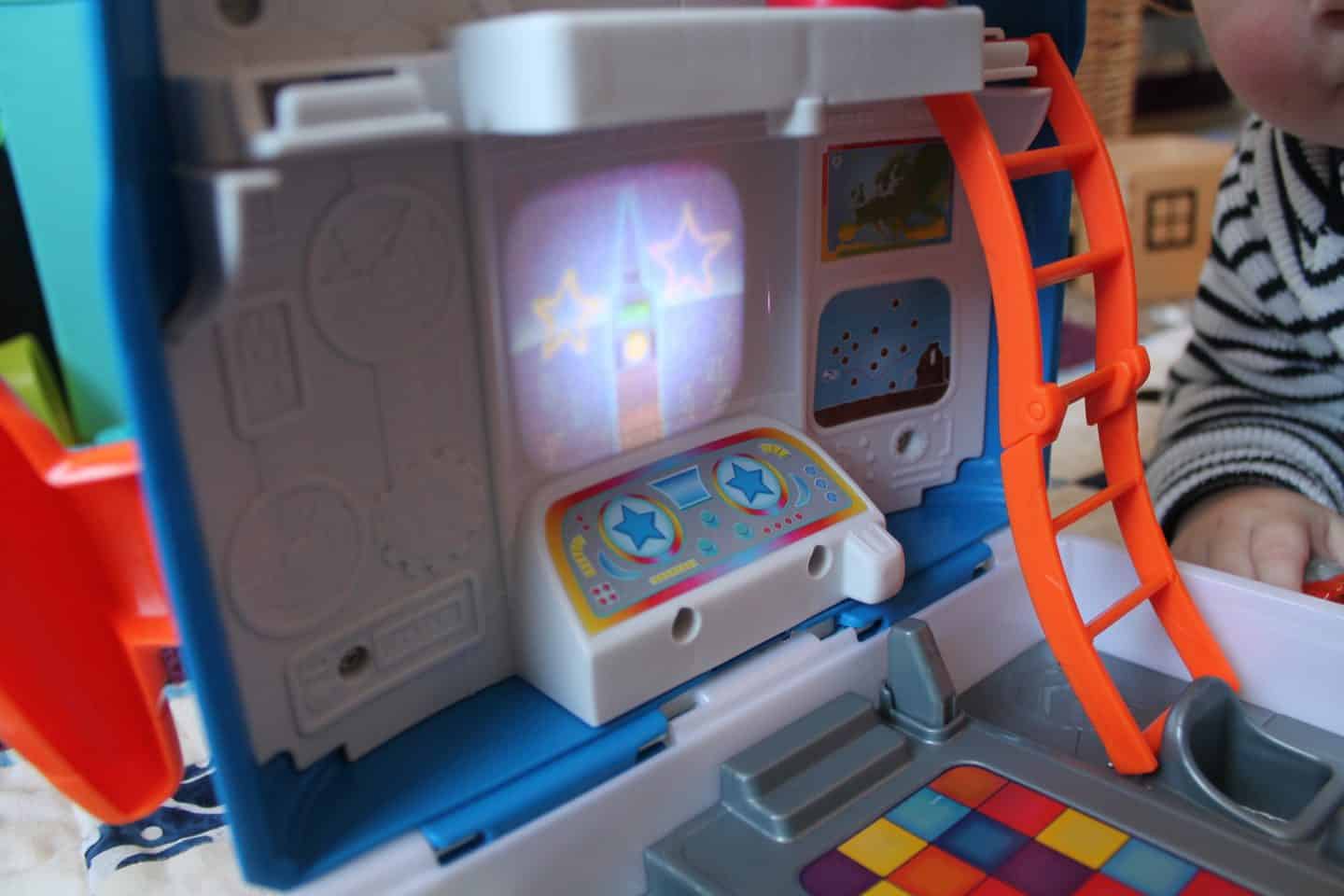 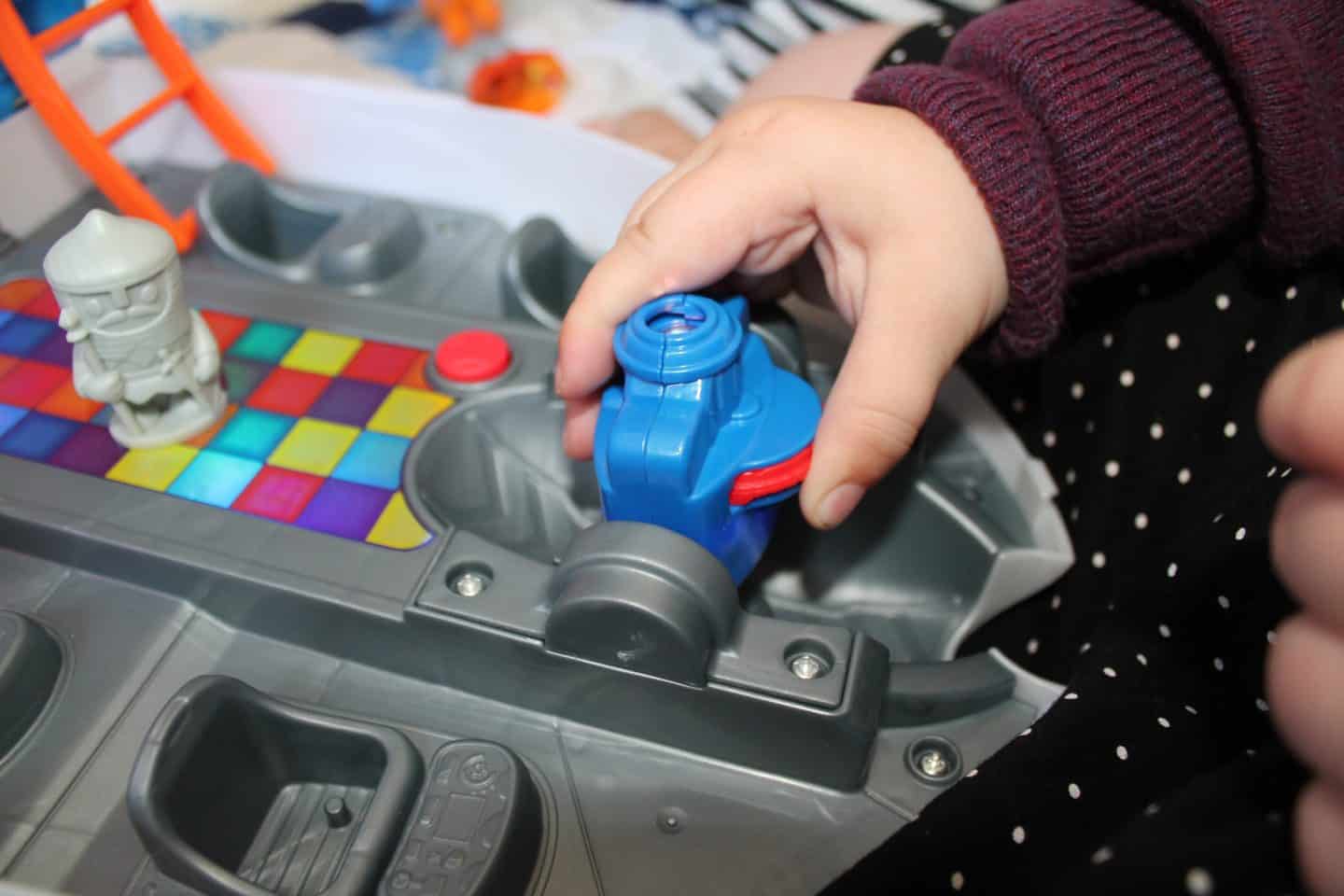 Arlo especially loves to carry out the Jet Pad around when it’s closed with the two red bits (handy as handles but I think they’re engines!) and shine the little projector on things, the front of the washing machine and the wall under Athena’s bed being favourites! 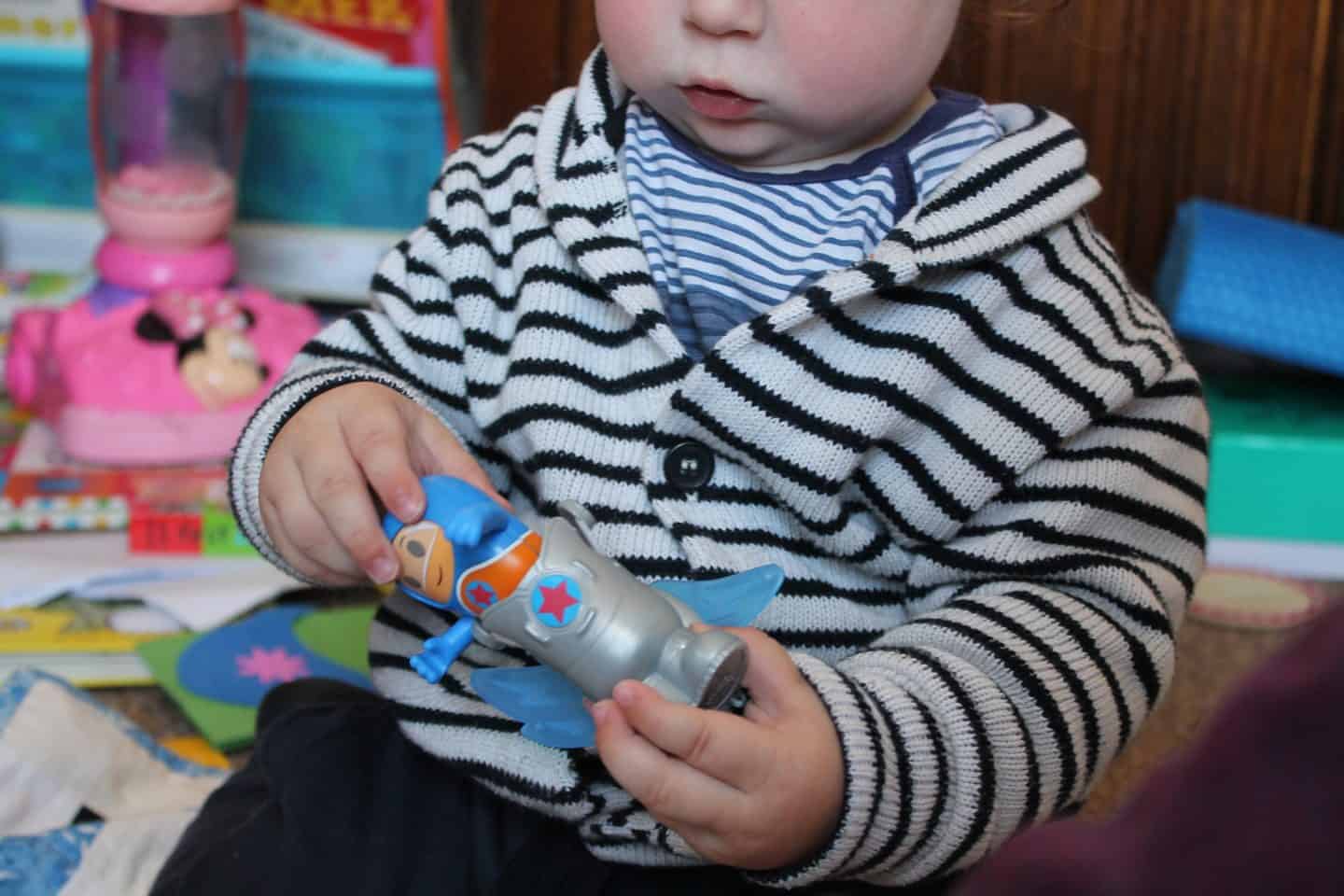 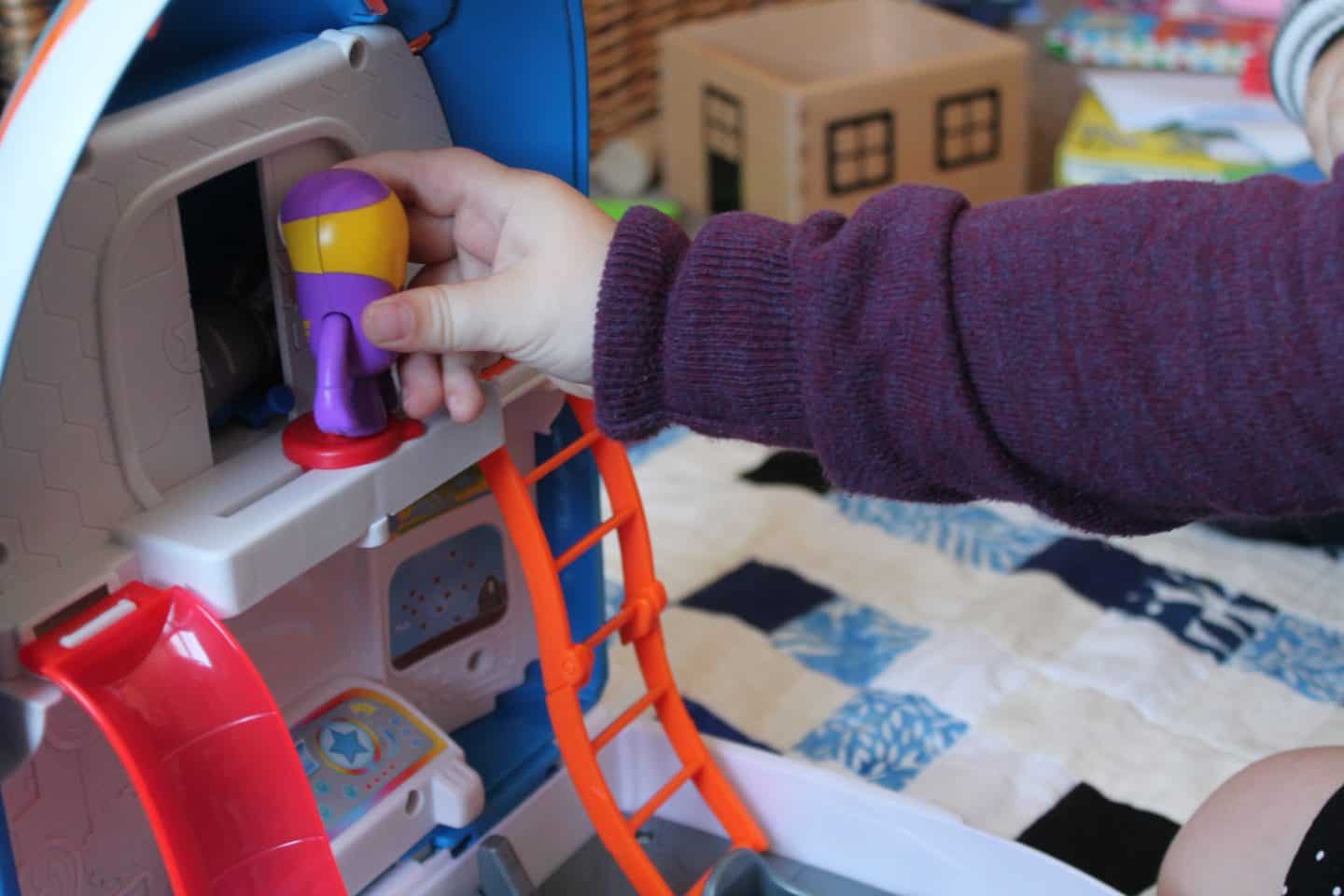 As I mentioned the Jet Pad HQ is really cleverly designed. Inside is a tiny projector that projects the images of the landmarks that the Go Jetters are trying to save, which projects out of the front of the Jet Pad when it is closed and on the inside when it is open! Two buttons play the sounds from the show (each character has a catchphrase) and there is a slide and ladder for them to get around the different levels, not to mention the funky disco light up floor! There is even a space to stash their accessories, and there are wheels on the bottom for pushing and pulling too. Cleverly there is a little hole on the bottom of the characters feet that either hold them into place in the Jet Pad, attaches them to their jet pack or helps to open the door to the click-ons stash. When the Jet Pad is closed there is a little flip up seat on top too! Since I opened this up I have probably had more uninterrupted cups of tea than I have for a good while, as there is so much to do and play with that it is keeping my two thoroughly entertained! It’s also meant that Athena has asked to watch Go Jetters on the TV which I am fine with, as although it is a bit wacky it is educational too! 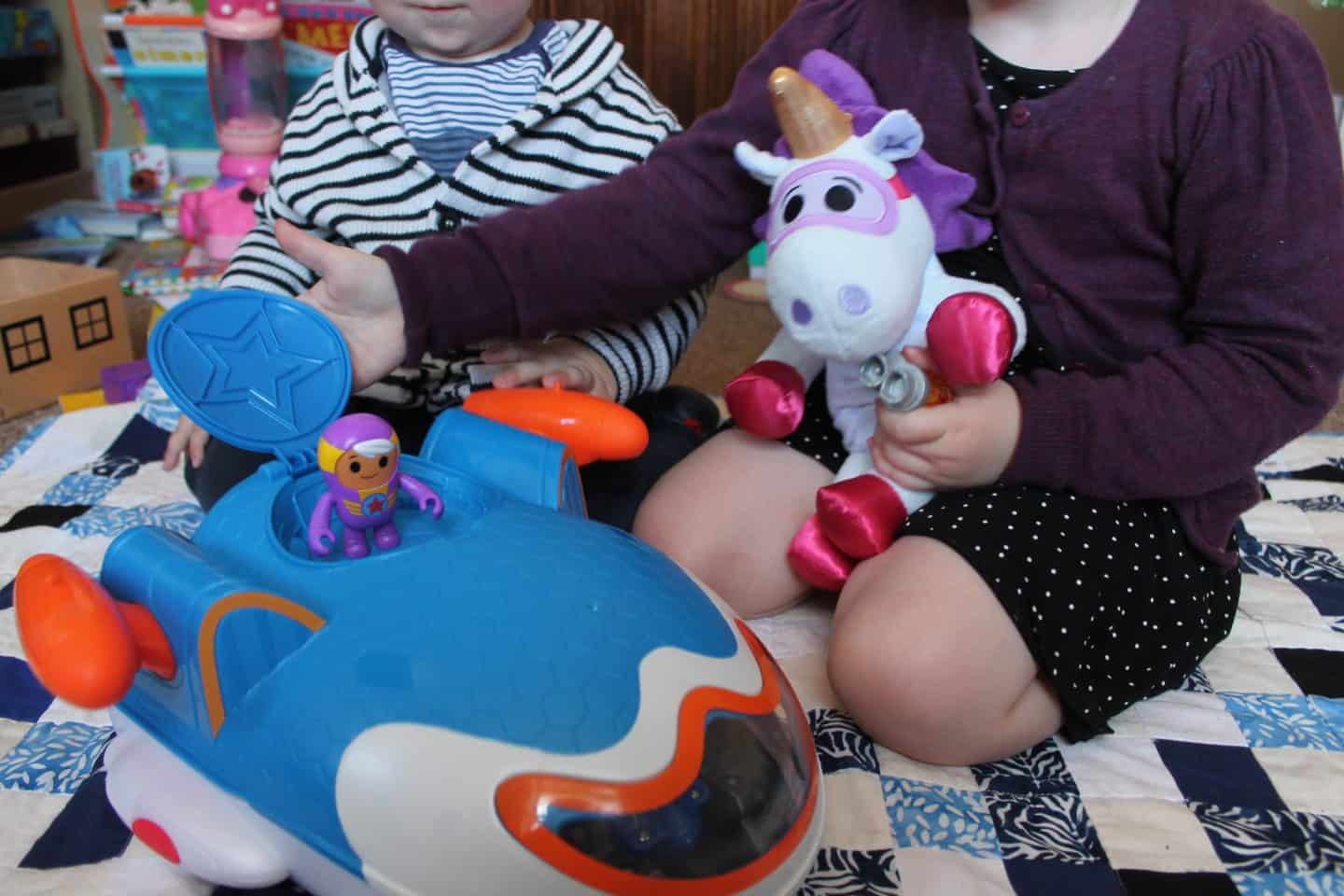 The Go Jetters Ubercorn plush toy is really funky looking, a shiny horn and a funky disco style outfit, when you squeeze him he has a few phrases that he plays and if you give him an extra big squeeze the theme tune plays. Athena has commandeered him for herself but she only took him to bed one night, the next night she said she would leave him as ‘he sang and woke me up in the night!’! I guess she rolled onto him! The batteries come included with both this and Jet Pad HQ, and the extra figures are around £6.99. 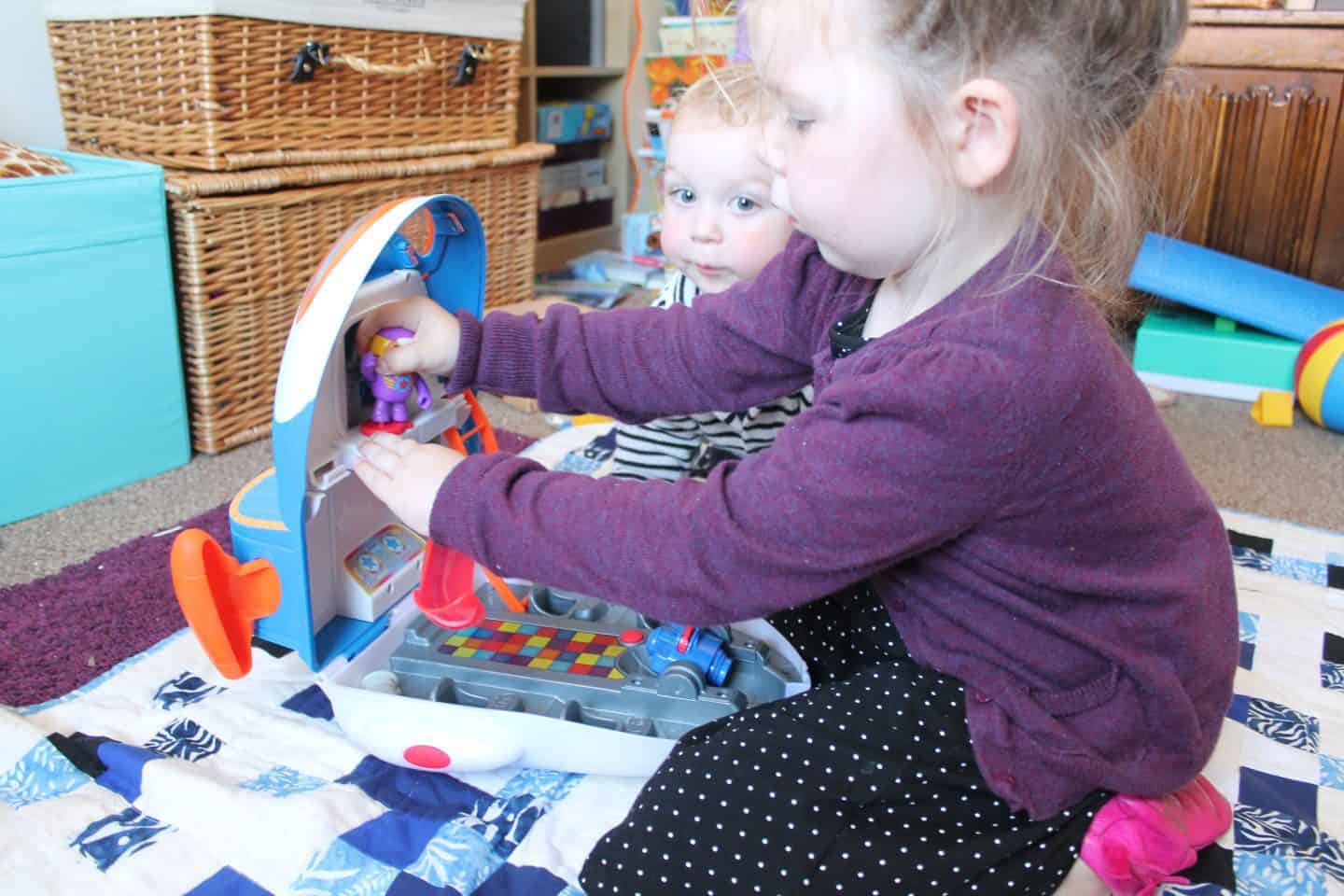 We were sent these toys for the purpose of this review. all words and opinions are my own.