There seem to be mixed signals with regard to the prospects of the property market, particularly in light of Brexit. Some indicators suggest that prices are beginning to dip, and that sales activity is slowing. Yet, counter to this, Zoopla recently unveiled results of a survey they conducted, which found that 87 per cent of UK homeowners believe prices will increase over the next six months, which in itself shows a rise of 4 per cent compared with corresponding research from October 2016. Added to that, the very fact that there is a clear shortfall in the supply of housing in the UK will always exert upward pressure on prices.

It’s a quandary for anyone looking to buy or sell a home in the near future to contemplate. However, in the meantime, there is something you can do as a homeowner: make improvements!

Of course, home improvements are a very broad field, and there are many things you can do in this respect. More often than not, the term ‘home improvements’ invites the thought of major renovations. Yet the truth is that there are plenty of undertakings which can cost little or nothing, but make a significant impact on the value of your home. Here are eight that we’ve identified which will hopefully be helpful for you…

Modern-looking appliances make a massive difference to look and feel, but so too does a bit of cohesion and symmetry. Especially in the kitchen! Replacing fittings and panels is a quick and easy job, and shouldn’t cost too many pennies either.

Other than the kitchen, the bathroom is perhaps the biggest determinant to the value of your home. You don’t need to demolish or rebuild anything – but simple things like re-grouting tiles, buffing up your bath/shower, putting in a pedestal sink or replacing a toilet seat can give it a major lift.

Don’t underestimate the effect a fresh lick of paint can have, and it’s a job that can be done entirely by yourself. Start by identifying the parts of your home most in need of a coat, and then work your way ‘upwards’ in terms of priority from there. Note: even though we want to be guarding our pennies, skimping on paint quality is something to be avoided.

Older houses in particular have a bad reputation for storage, particularly with respect to wardrobes, pantries and general cupboard space. Investing in some DIY wire and laminate systems can ensure that your wardrobes will be more functional, while prospective buyers will get the sense of your home looking more ‘customised’ when it comes time to sell.

Carpets are crucial when it comes to the overall look of an interior. If your carpet is showing signs of wear and tear and you are planning to still be in your home for a while, replacing them is something you may want to consider. If, however, you’re looking at selling up sometime soon, some cleverly placed rugs over particularly bad areas can take care of things – especially when you bear in mind that new homeowners may wish to replace the carpeting anyway. 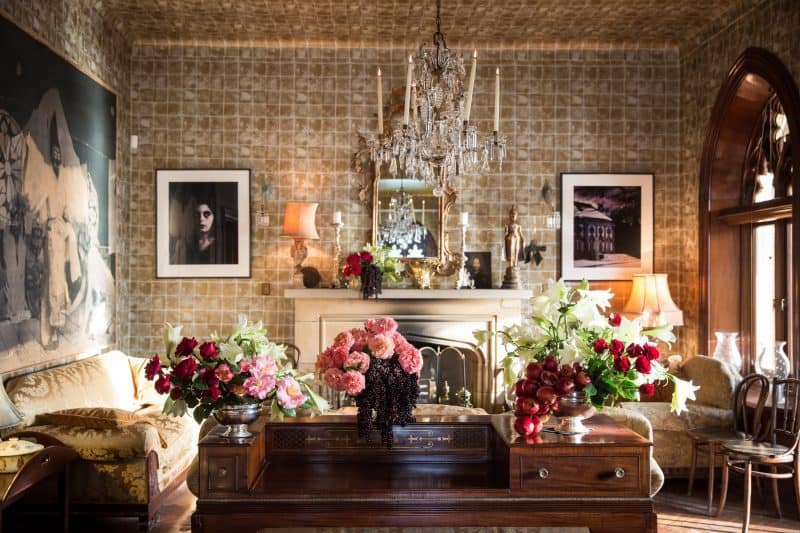 Everyone agrees that lighting can make a big difference – although finding the optimal level is subject to debate. But one thing I’m a believer in is good ceiling fixtures, and even chandeliers. These can be both eye-catching and inexpensive, and, in my book, are far more homely than dull recessed lights.

One of the biggest zero-adders to a price tag is a garden; and more so when it’s a great garden. Decluttering is an absolute must, while you’ll want to get rid of any signs of weeds or overgrowth. But going that bit further to make sure everything is well manicured, that gutters are cleared, and that everything looks clean and tidy can give the exterior of a house the kind of gleam nothing else can.

You need not pay for an expert, but if you know someone who is adept with electrics and/or plumbing, it’s well worth buying them a present to get them to do a general check, and ensure that your house is in order. After all, the fewer things that need to fixed in the eyes of a prospective buyer, the more chance you have of maximising the value of your home.