August was a lovely month for us, mostly anyway! It would have been even lovelier had Sam not been working quite as much but that’s life I guess. We had two little breaks away in Oxford & Brighton and many trips to the beach! Both the kids have suddenly become very attached to their Daddy, and every time I asked them not to do something they whinged for him. Every time he left the house to go to work they both had to have numerous ‘huggles’ and competed to be the last one to hug him. Of course when he’s about Arlo isn’t that fussed by him and prefers me when he hurts himself or wants something… fickle creatures these kids! 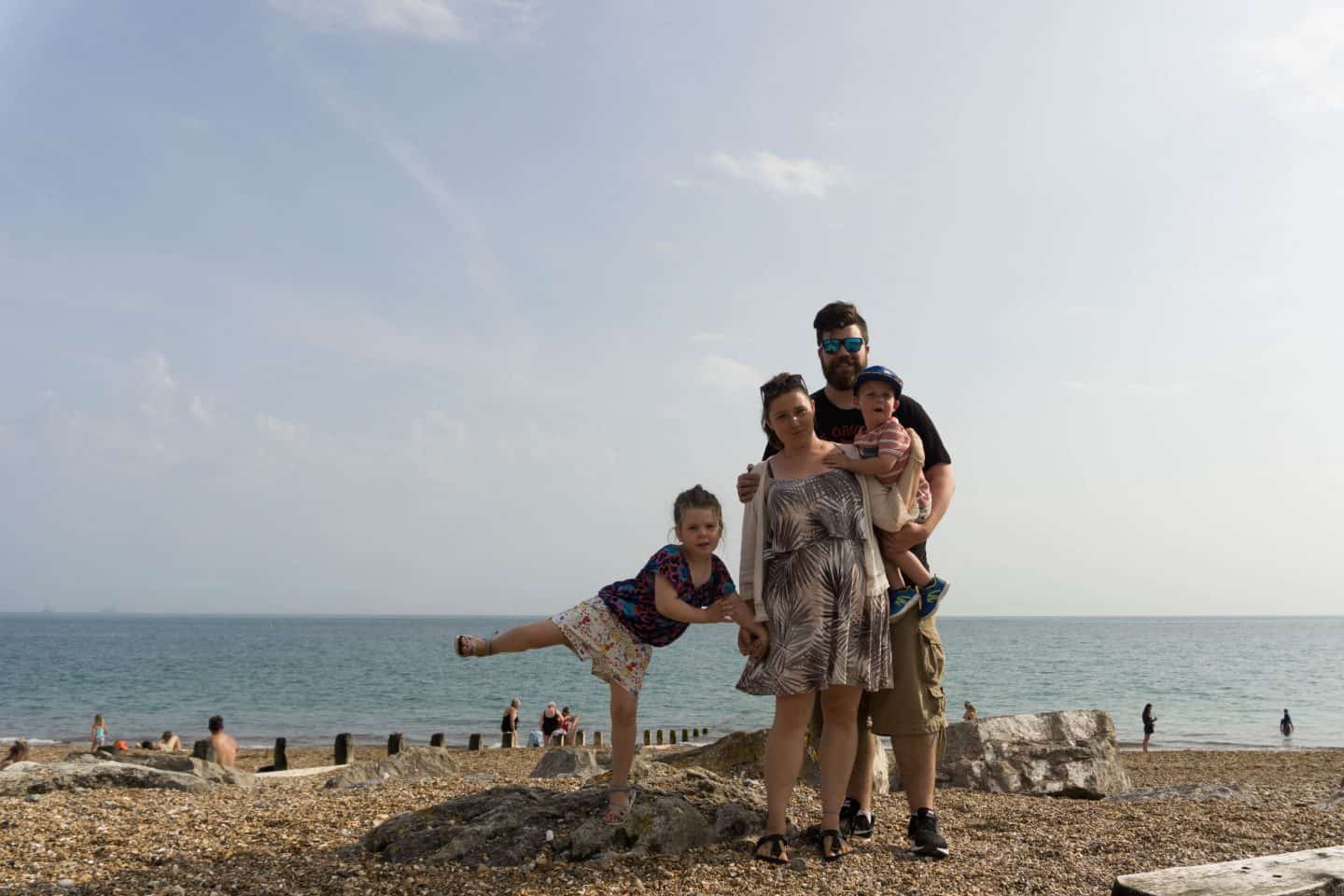 Our photos this month were taken at the beach on Tuesday night, Athena and I had been at birthday party in the afternoon so we picked up Arlo from the Childminders and headed to the beach, which was the kids third trip in as many days! I look a bit serious in these. I was busy attempting to get us all looking at the camera, hoping it didn’t blow off the top of the wooden post it was balanced on and making she we didn’t get any old ladies changing into or out of their swimming costumes in the background! The three older ladies beneath Athena’s oddly outstretched leg (she was doing Ballet apparently) heading off into the sea with such aplomb and started swimming at quite a lick! Good for them I say! 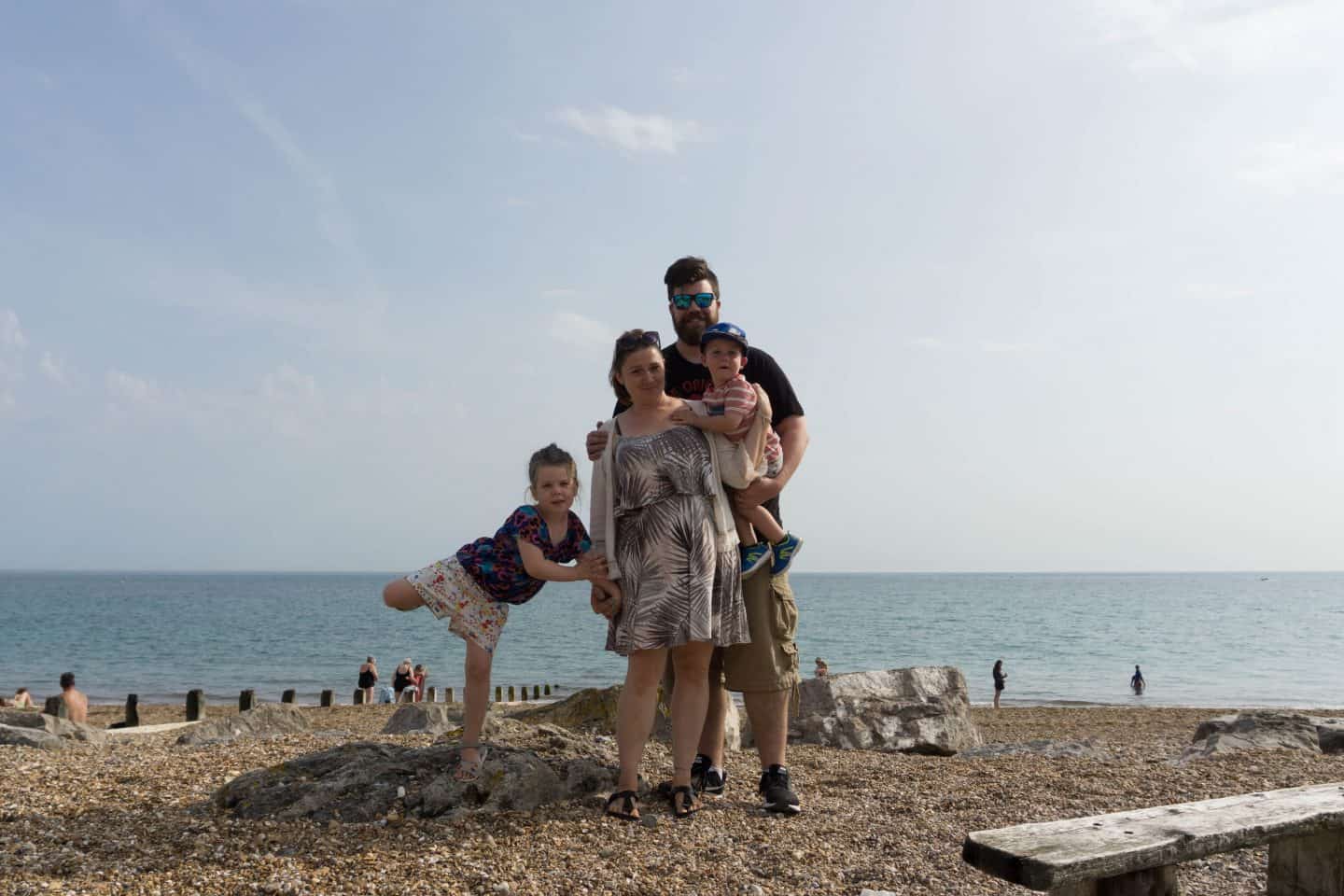 August has been a disjointed month for us all, but it was the last month of freedom, of unstructured days and weeks and the last time we’ll all be together without the confines of school routines and so on for many years to come now that Athena will be starting school next week!