Ickle Bubba is a brand I’m not familiar with so far, so when we were asked if we wanted to test out the Ickle Bubba Solar car seat we agreed! It’s a Group 1-2-3 seat, which makes it suitable from 9 months to around 12 years – height dependant – they need to reach 135cms. It can attach with an Isofix fitting or a three point seatbelt and is a forward facing only seat with a recline feature. Arlo is just under 15kg so is a group 1 still but no for much longer, so we decided to let this be ‘his’ seat, and until he reaches 15kg we’ll be using it with the harness rather than the 3-point ‘adult’ belt, though this easily used. 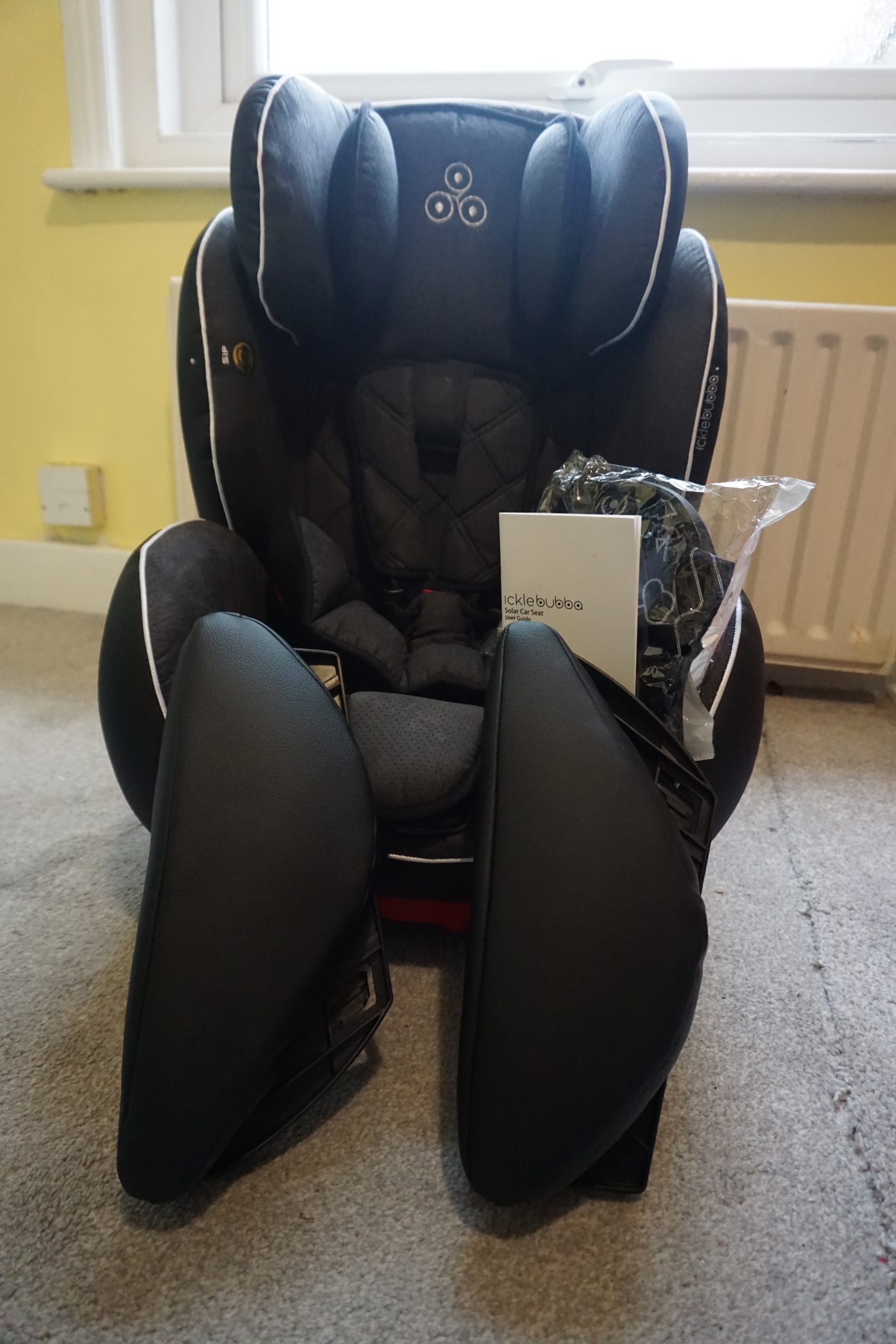 The Ickle Bubba Solar car seat is ready to install out of the box, as you can see if the picture above. We needed to remove the seat and head cushions as Arlo doesn’t need them, which involved a fairly laborious process of taken a rod out of the back of the seat to be able to pull the seat away from the isofix base part and wiggle the straps out of the hooks and then un-thread them from the head rest cushion, then re thread them. But it’s not the sort of thing you have to do again, until you no longer need the straps. 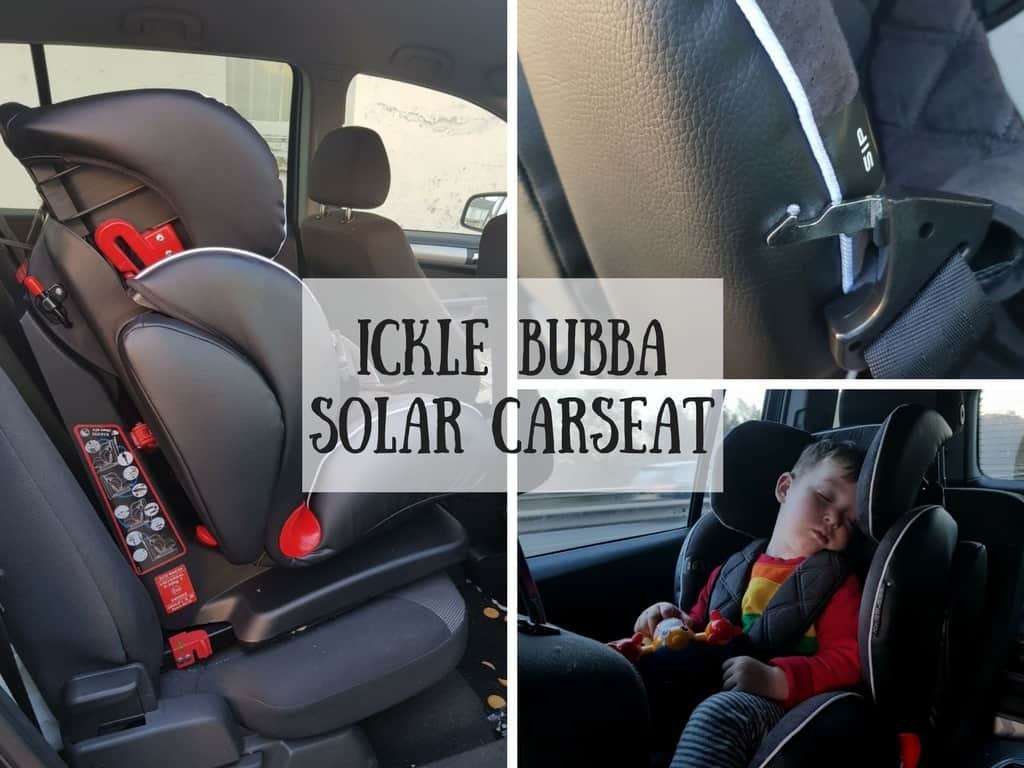 To install the Ickle Bubba Solar car seat using isofix you lengthen the connectors by pulling the lever on the front of the seat, and then connecting them to the loops in your car. You’ll know they’re fitted correctly because you’ll see a bright green line. The next step is to use the top-tether strap (which is located in a section in the back of the seat) and attach that to the D-ring behind the seat, again there is a green indicator on the straps’ buckle to let you know it is secure. You can also install the seat using your three point seat belt if you don’t have isofix, though I think this process would take longer as you need to open the seat up with the metal rod to allow the buckle and belt to pass through, though there are markings and diagrams on the side of the seat to assist you. With isofix it took around 5 minutes to install. 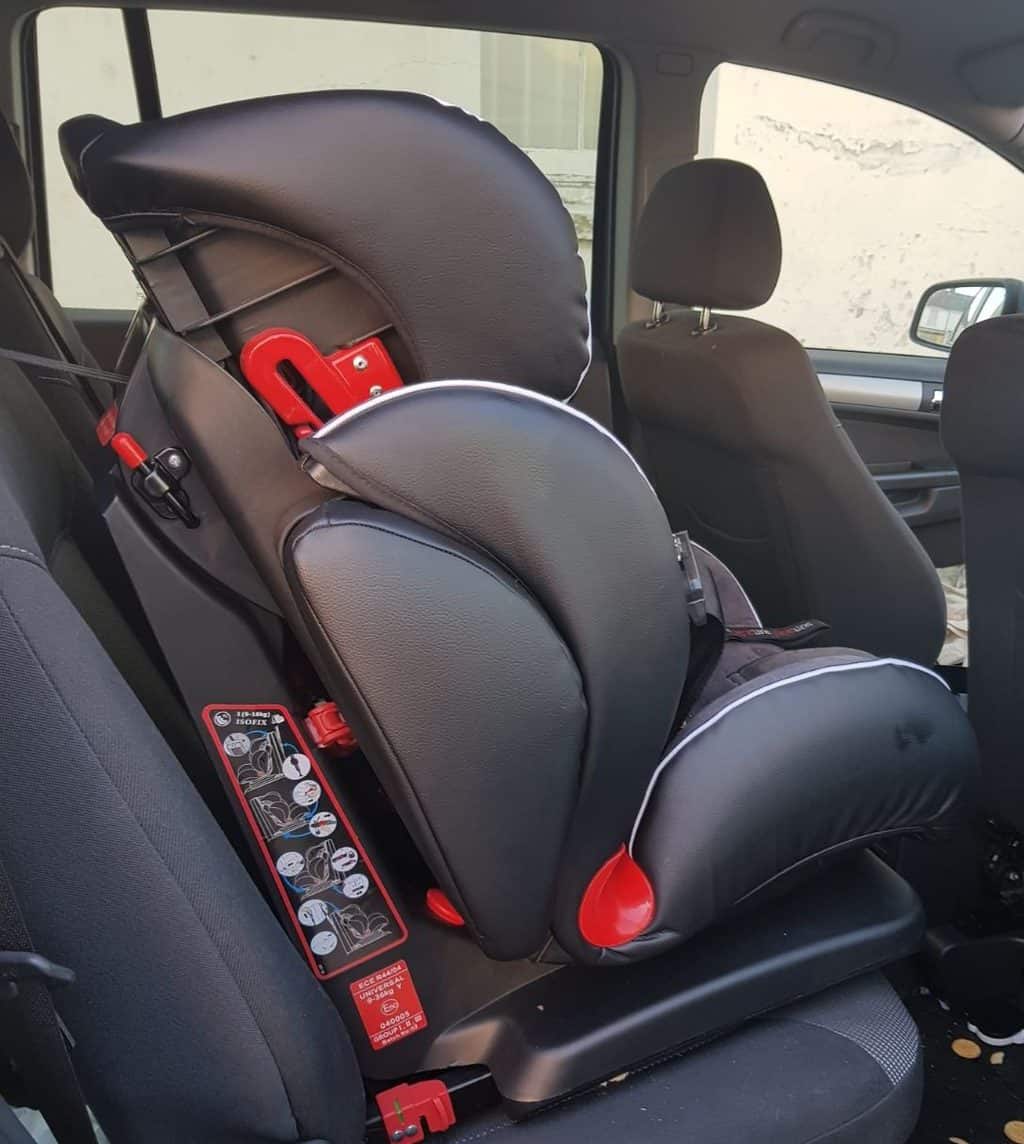 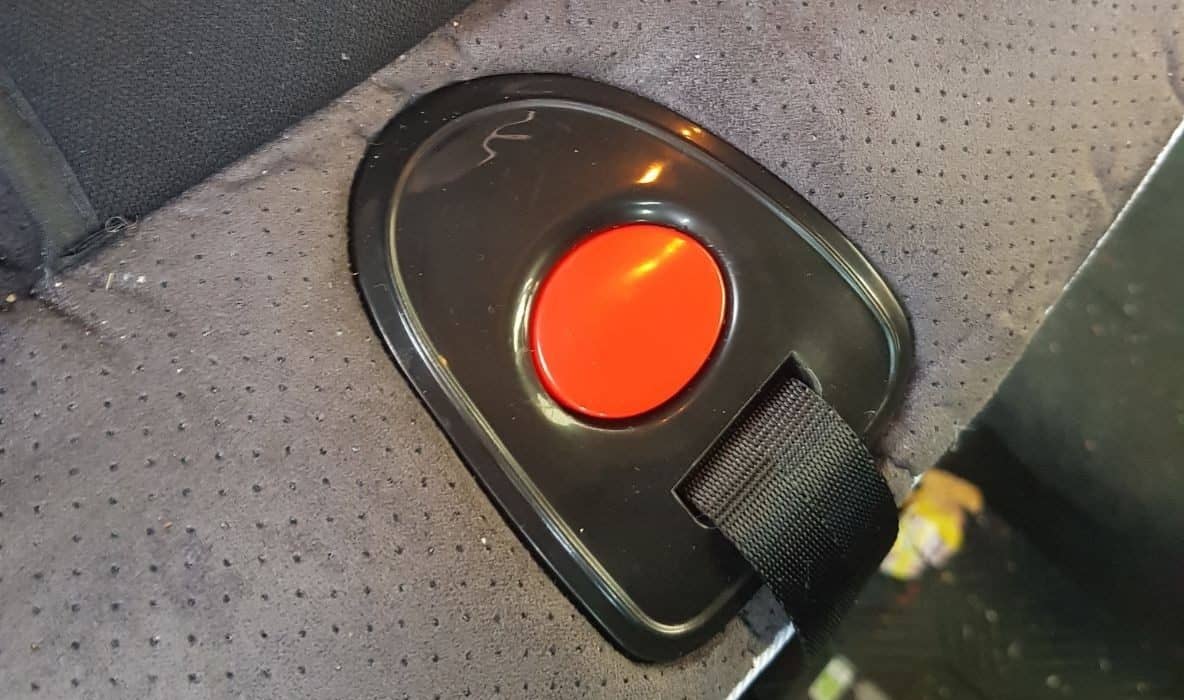 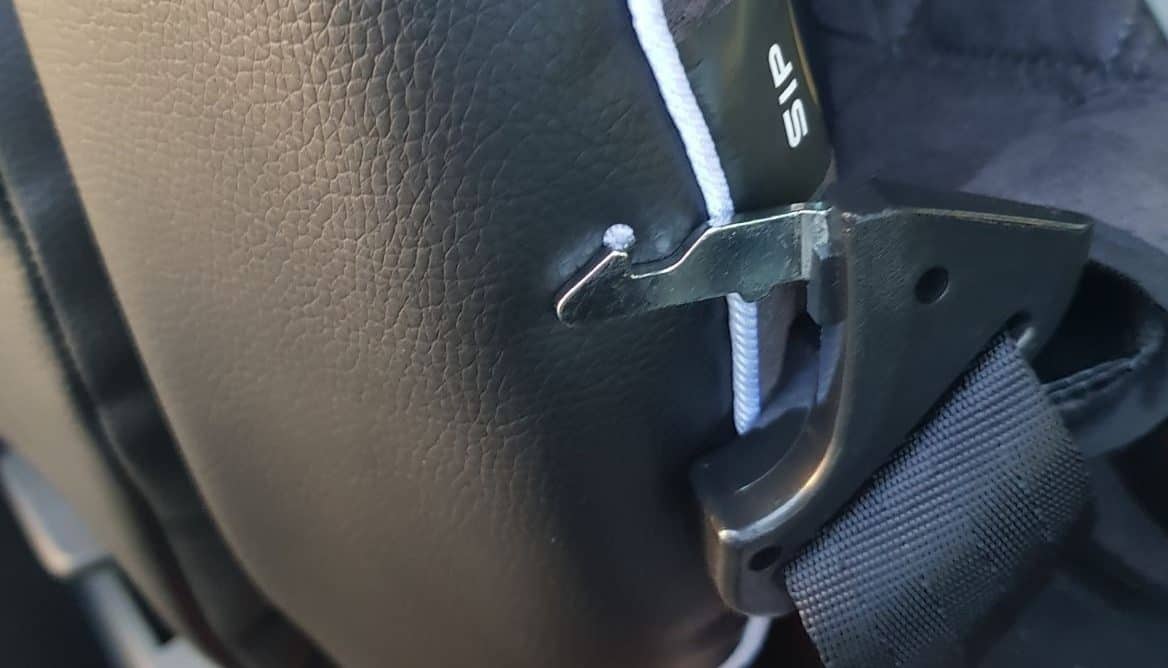 We’re fans! Apart from a slightly fiddly process to take the un-needed padding out installation was easy with the isofix fittings. The seat is really comfy for Arlo, and we’ve now been using the seat for a few weeks with no head-lolling during car naps. Thankfully there hasn’t been an incident of car sickness so we’ve not had to test how easy the cover is to remove and wash just yet but I was worried about the brushed soft material being hard to clean but I’ve baby-wiped sticky finger marks and snot (sorry!) off it without a mark being left – which I was really impressed by! The straps are also SO easy to adjust which makes life so much easier when it’s cold and you just want to get them buckled up fast! I’ll admit I am dreading having to take the straps off when Arlo hits the correct weight as it will be another fiddly process but when it’s done it’s done! 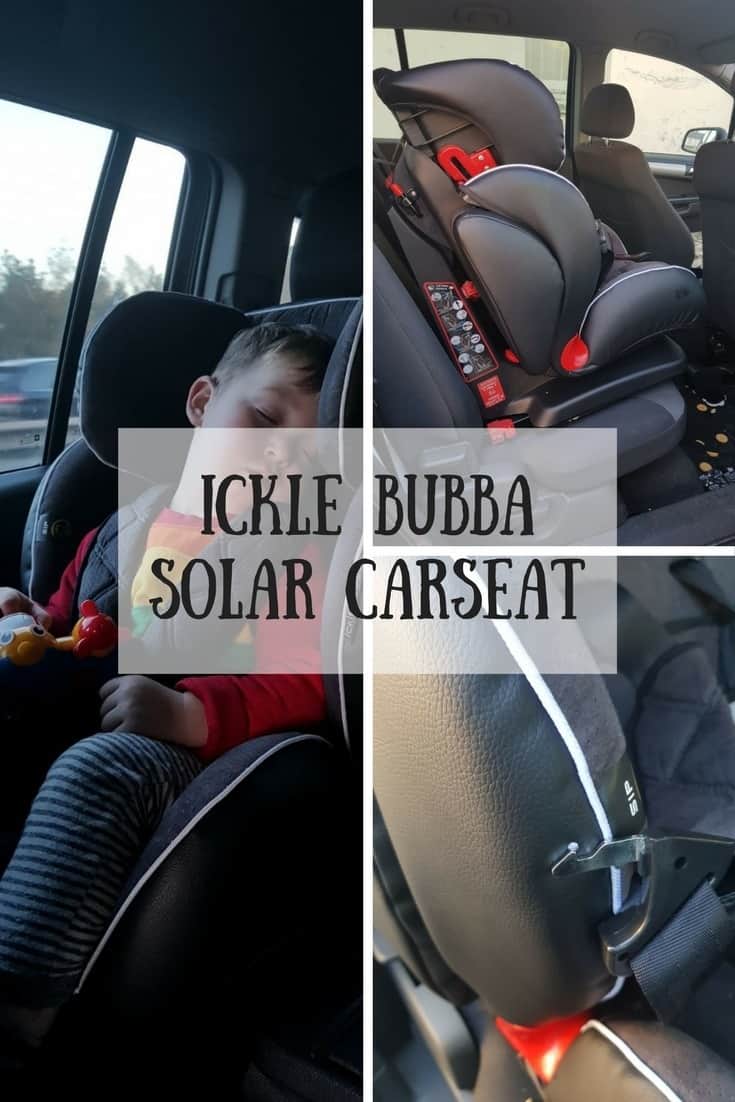