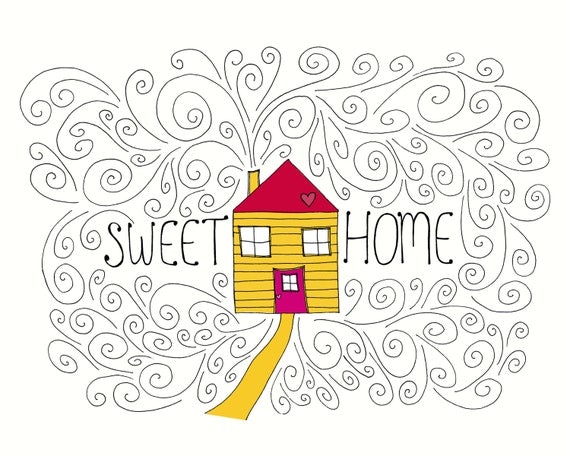 [.]
… and I’m not just talking about the arrival of the sprog. In just over two months we’ll be moving house, which I am happy about (way cheaper/much newer flat/no wonky floors or mould/open plan living room & kitchen/2 bathrooms) but also a little worried about (moving with a 10 week old/sorting out what will fit from our currently large flat to this normal sized one WITH NO LOFT!/having to get a car on the road so Sam can get to and from work) so now along with worrying about when the baby arrives/how I am going to cope with impending motherhood, I am also worrying about attempting to pack the house up a bit before the baby comes when I can have both hands free (although movement impeded by giant bump) and deciding what to chuck out/donate/sell. ARGH.
On top of this I’ve not moved for over 4 years now, so the home that I am in is full of memories/brick a brack/things that I probably don’t need but have space for so haven’t thrown. Last time I moved I remember it going something like this:
This time I hope its going to be a bit different, partly because I have a lot more stuff (ie a whole house full of furniture and not just a few bits) and secondly because I want (well, need) to do it in an organised fashion because having a baby needs routine (or so I’ve been told) so I don’t want to be in the new house and not know where the kettle is/have somewhere to put the baby to sleep/know where the duvet is so I can sleep…)
The other issue is that I cant actually get into the new flat to measure/get an idea of where things are because someone is in it and a friend is letting it to us, but the current tenants currently let from him via an agency. I’ve got the floor plans and some pictures, and have been in it when the friend lived in it about 2 years ago, but its a bit hard to remember! I think we’ll need a massive ikea trip after we’ve moved/measured/drawn up plans! The thing is I know I’ll be spending a lot of time in the new home what with the baby/being on maternity leave, so I want to make it nice, keep it tidy and clean and enjoy being there! One thing I’m looking forward to is putting up the wedding pictures we got printed onto canvas, as we’ve not bothered where we are now as we were hoping to move!
The other part of the move is the whole ‘new area’ thing. Its not a completely new area to me and I have a few friends that still live in the vicinity, but it will be strange. I am hoping to meet people through mother and baby groups and so on, plus the local library isn’t far to walk either, and I’m sure they’ll have a kids section! It is however right next to a train station, so I can get back into Brighton in a jiffy to see all my beloved Brightoners!

So any hints and tops for a smooth house move?! Any help is greatly appreciated!

4 thoughts on “In which change is afoot…”