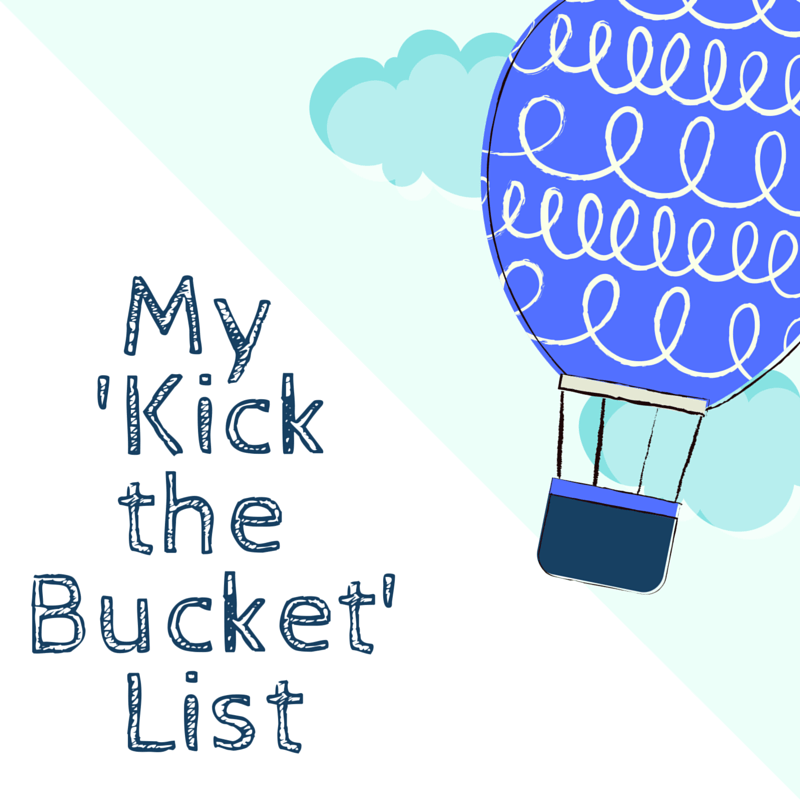 If you knew exactly when you were going to die would it change your view on life? Would you have a bucket list of things to do before you go? Would you tell people when you were going to pass away? Have a party or slip off quietly? Death isn’t something that I tend to think about much; it’s depressing although it is one of life’s only certainties along with taxes, as the saying goes! I must admit that I am glad I have two children so that they can support me, and then each other when I do eventually pop my clogs. I’m an only-child and already feel the burden of my parents and they’re both perfectly fine and dandy at the moment. It’s just something I can’t help but worry about.

In a way life would be much easier if we knew exactly when we would be leaving this earth, we could prepare wills, pack things up to give to family, sell things, have an amazing holiday, make sure the people you want around you at the end are aware, or even get out a massive loan and go wild! Okay I don’t advocate that last one but it would be tempting. So here are a few things I would do if I knew when I was going to die, a ‘Kick the bucket list’ if you like!

I’d throw a huge party with all my friends past and present, with a big projector screen and my hard drive of saved photos from college onwards. We’d all sit about and reminisce about our youth, the things we used to get up to and how much we’ve changed and grown since then. Holiday memories, festivals, nights out, the lot! I’d make sure there was a lot of cake and plenty of drink, so a bit like a wake only with me in attendance. By the end of the night there would be drunken dancing and cheesy chips on the way home. With any luck I’d plan this for the day before my demise so that I’d not have to suffer the hangover! 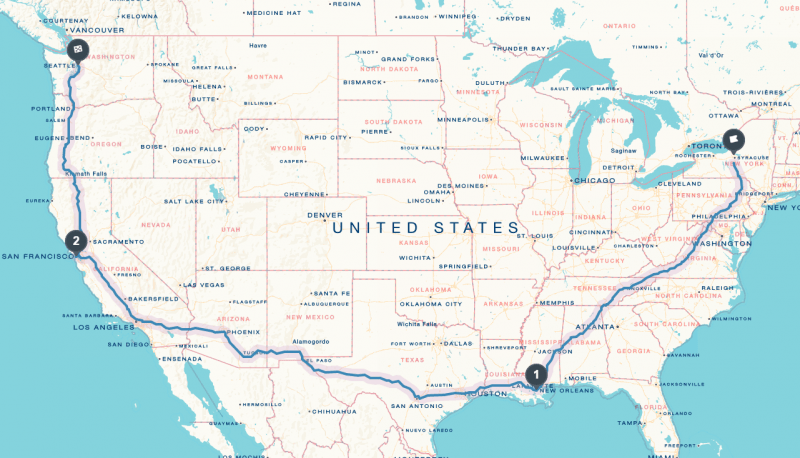 On the travel front I would like to think that by the time I’m nearing deaths door I’d have visited a few places on my bucket list, but there are two holidays I would love to do. The first is a USA Road trip, encompassing New York (because it’s the city that never sleeps!) Nashville and New Orleans then along to the west coast and up from San Francisco (Alcatraz!) to Seattle (Frasier is one of my favourite programs!) I’ve always wanted to road trip round the states, America really intrigues me with how completely different two cities in the same country can be. I’ve read all of Bill Bryson’s books and he makes me want to visit even more! Second on my travel (kick the) bucket list would be a rainforest adventure in Brazil somewhere. I just can’t imagine how amazing it would be to experience a trek through that luscious greenery, seeing all these animals living in the wild that we only get to see on TV documentaries. Maybe a could of days in Rio de Janeiro to recover too.

I’m not sure I will have lived a life exciting enough to write a memoir but even if it isn’t a thrilling past I’d like to set aside the time to write it anyway, although who knows… maybe i’ll still be blogging! Either way it would be so nice for future generations in my family to know more about me and the times I lived in, as I’m sure the world will be such a different place to the one we know in years to come!

My ‘Last Supper’ would be a roast dinner. Chicken, with oodles of gravy, stuffing, yorkies and those little sausages wrapped in bacon. No veg because who cares about being healthy when you’re about to croak? For pudding it would be a gigantic chocolate cheesecake, a mountain of profiteroles and then some mint chocolate chip ice cream to top it all off. 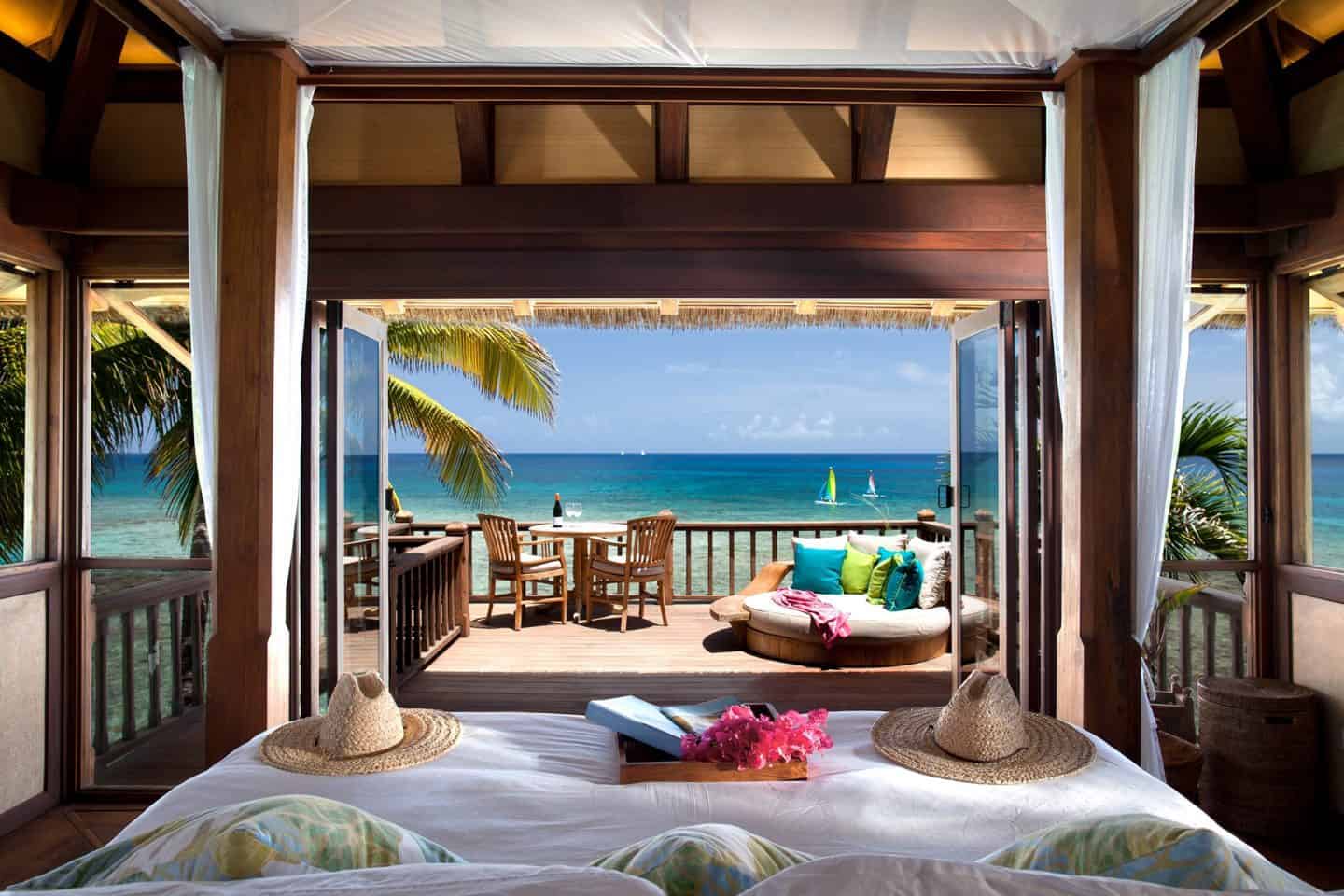 Finally I’d rent an island somewhere, possibly Necker Island because I’m sure old Richard Branson would let it out to the likes of me! A couple of weeks in a tropical paradise would be just amazing, although at £39,000 a night for exclusive island rental I think we’d only be able to stay for about a millisecond, if that! But just imagine, your family and closest friends just chilling out on the sand, splashing about in the sea and enjoying amazing food and drink. Being waited on hand and foot wouldn’t go amiss either! 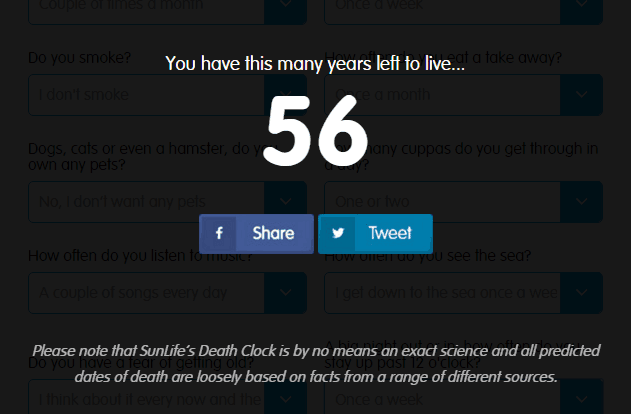 Is my kick the bucket list anything like yours would be? I better get saving if I want to achieve even half of these things! However according to Sunlife’s Death Clock I still have plenty more years left in me, as it reckons I will meet my maker at 88 years old.  It’s a bit of an eye opener to see what it calculates your lifespan as, you answer a series of questions about health, location, music listening tastes and then gives you an answer, I dare you try it and then let me know what it said!

This post was written in collaboration with Sun Life, all words, opinions and synonyms for death are my own.