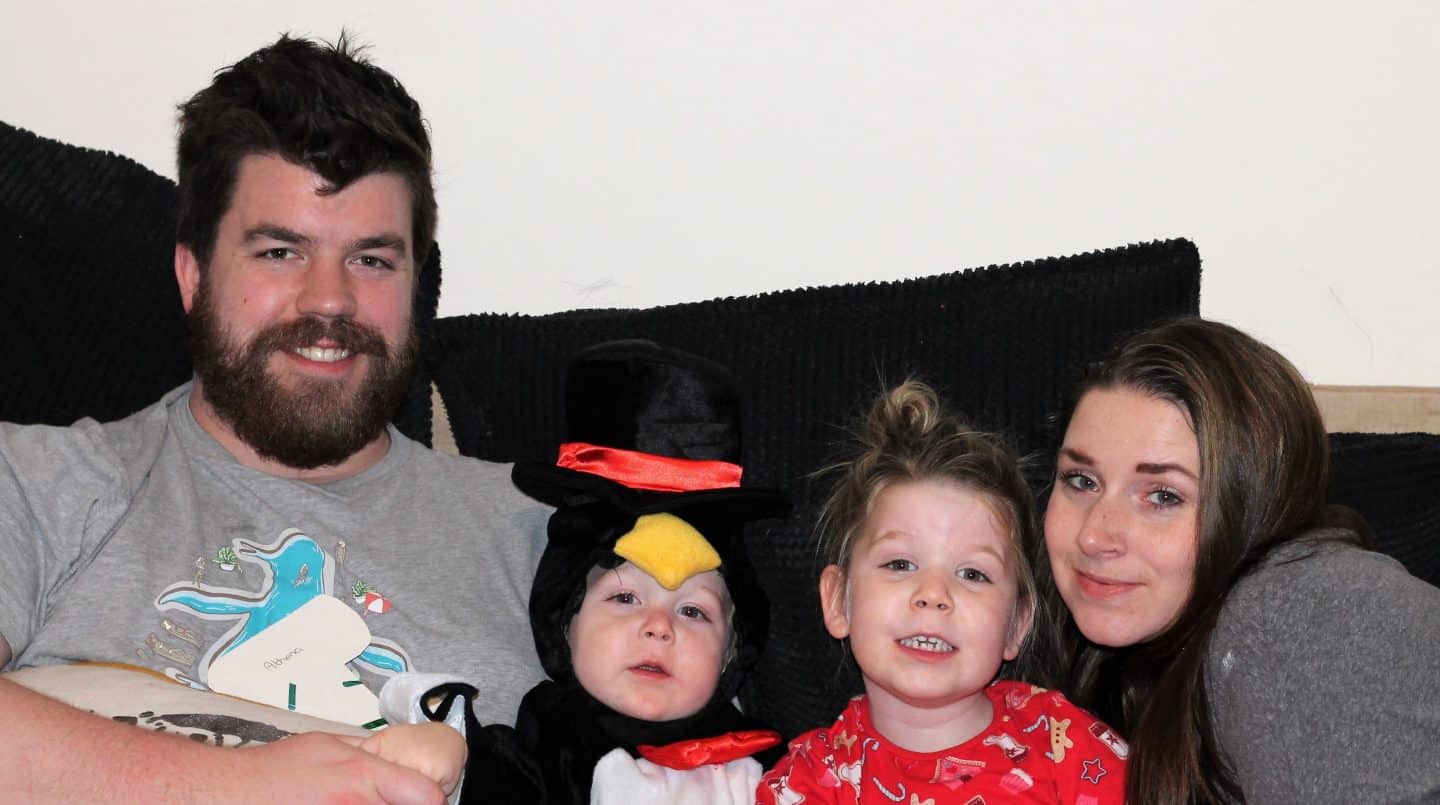 These photos were taken on Christmas Eve, after the excitement of watching the Cbeebies panto (since watched about a trillion times!) and just before we put the milk and carrots out (parent-points to Sam because I wasn’t going to bother!) and the preceded a really lovely Christmas! It was probably similar to many other peoples Christmas so I shan’t bore you but we had a lot of food (We’re still having a lot of food – not much of it good for us either!) and it was nice to spend some quality time together before the potential craziness of January as Sam starts a new job so will be taking longer to get to and from work so won’t be around so much at home. 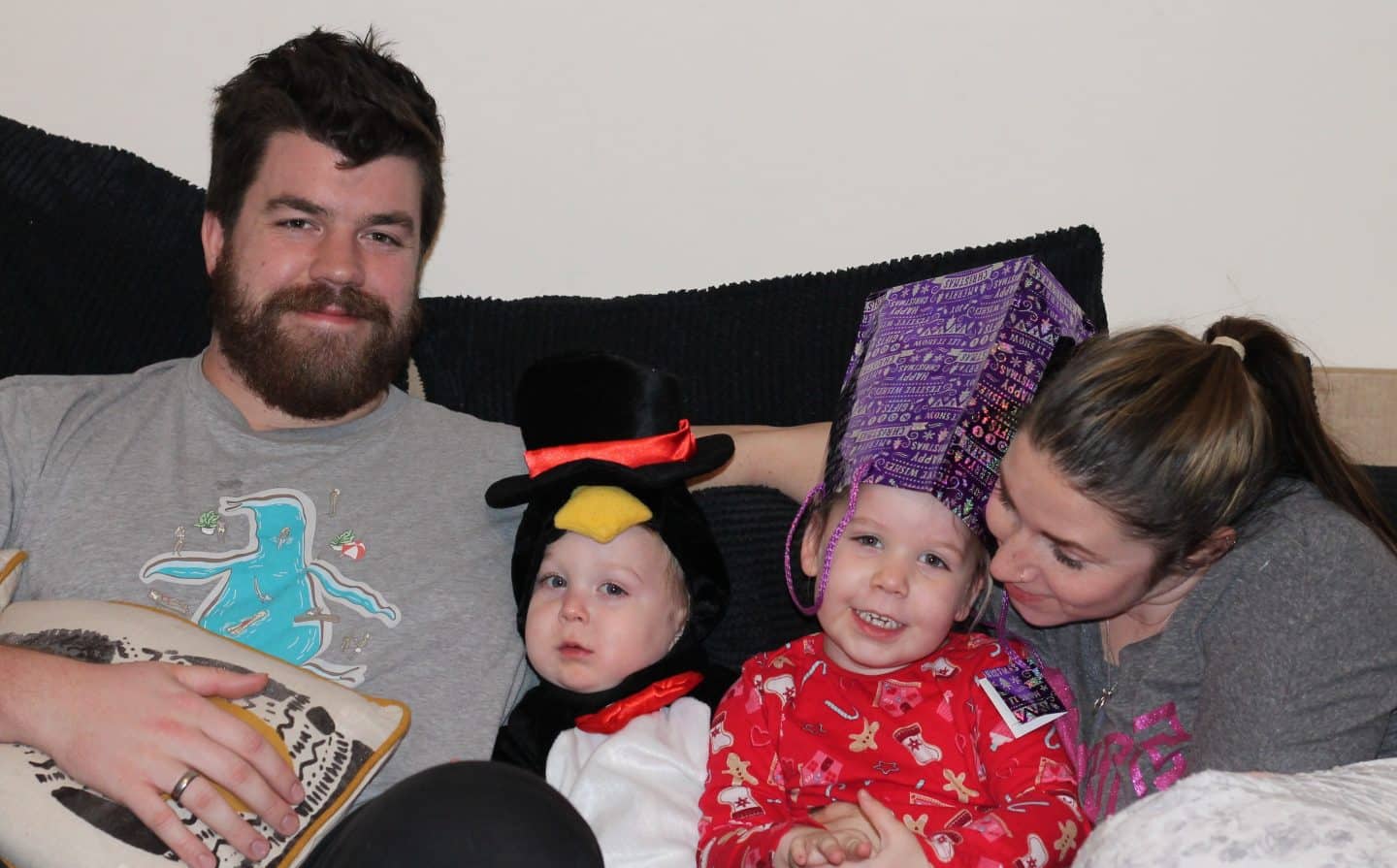 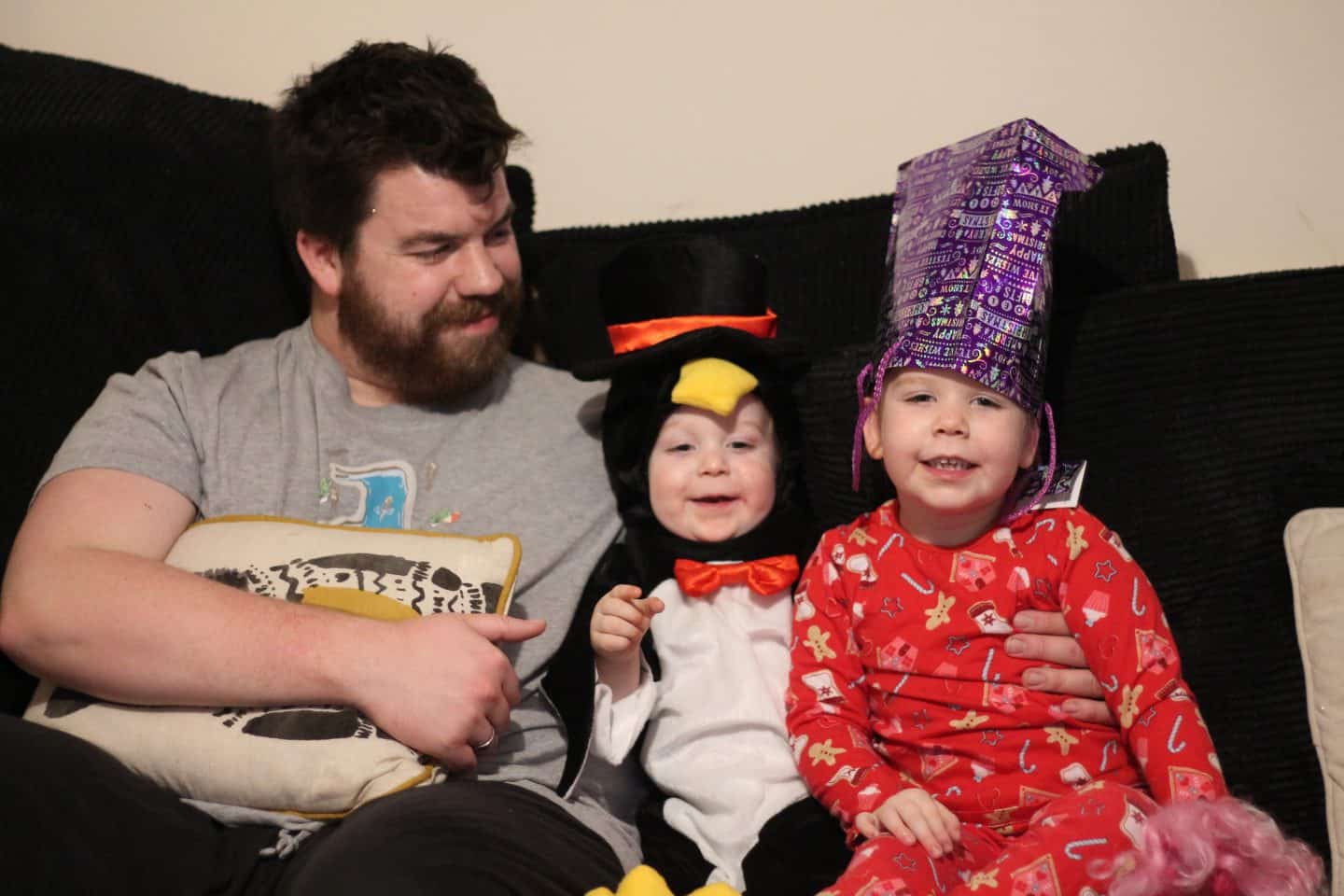 I have spent the month playing catch up and trying to tie up all the lose ends blog wise before taking a couple of weeks as a blogging break, and in fact I plan on blogging very little in Janaury so I can do some behind the scenes work (like getting a little bank of posts written up!) and some client work. I hate to say it but I am really looking forwards to the kids going back to childcare! I need some time alone to work that isn’t in the dead of night! Athena isn’t back until the 9th though!

Athena spent most of the month shouting about Santan (we don’t correct her pronunciation!) and singing Christmas songs, and Arlo just spent the month shouting in general! That kid has a pair of lungs that rival a set of bagpipes. He makes a cute penguin though!

I bought myself a new camera in the boxing day sales so I am hoping my photography will improve as I get to grips with it, though lets face it these photos taken last minute in the living room were never going to be masterpieces were they? I am amazed that I managed to keep up with this Me & Mine photo project every month this year, (bar August, which I thought I had forgotten but actually hadn’t I had just called the post something else!) and I plan on doing this one again in 2017, along with Siblings Project too of course!