The last couple of weeks have flown by and I’ve somehow managed to get to the day before Christmas eve with nothing major left to do! Presents are wrapped, the Christmas food shop is due tonight and we’re heading out to Carols in the local park tonight, complete with snow machine! This past week has been full of parties and festive get togethers and I’ve loved it!

Athena was an Angel in her preschool nativity play last week, she was super cute and sang all the songs loudly, waved at us and blew kisses! She then had a party at preschool with an appearance by Father Christmas, and then we got the end of term selection of ‘artwork’ to bring home, swiftly followed by Arlo’s from the childminder too! I’ve put a few bits up but there is now a LOT of glitter in the house as a result! We also had some gorgeously thick plushy new carpets fitted last week, they’re light grey though so show up every fleck or dirt and I am so paranoid about the kids spilling things on it… though I dropped Chinese takeaway on it and Sam Indian last week (don’t judge us!)

On Saturday I was really stuck as to what to do, I didn’t want to hang around at home all day with the two tiny terrors so googled ‘meet father Christmas near Brighton’ and found Washbrooks Family Farm, so we headed there and had the best day! The prices are really reasonable as Arlo is free as he’s under three, so it cost is £14 for the three of us for a while day of entertainment! I think I’ll write another post in the new year about it as I took a lot of photos but we saw Father Christmas, real reindeers and other farm animals, had a lovely lunch and then the kids tired themselves out on the ride on toys and soft play. It was such a foggy day and a bit damp so we didn’t play outside much but Athena LOVED the big bouncy pillow!

Arlo was at his childminders on Monday and Tuesday which meant I got to spend some rare time with just Athena! We met a friend and her daughter for brunch (Waffles and ice cream count as brunch right?) as well as watching a film together all curled up on the sofa which was lovely! I also took her into town on the bus, which is apparently the best thing ever when you’re three and a half! She also loved getting dressed up to go to a Princess/Pirates party for her friends birthday. She painted her nails, put her sparkly shoes on and asked me to do an ‘elsa plait’, which I just about managed. I really need to watch some youtube video tutorials and start practising on hair hair more! I use the Tangle Angel brush which actually makes the detangling job much easier on her waist length hair, I was using a tangle teezer but because it has no handle I find I really hard to keep hold of with wet hair/hands! The problem is getting her to sit still, but she’s more inclined to let me use an Angel brush now, seeing as she thinks she is one from being in the play!

Tuesday night was the Brighton Bloggers cake & pizza party, which was such good fun, lots of chatting, cake and pizza. We met at Cloud 9 Bakery who very kindly stayed open for us for the evening! Their cupcakes are so delicious, and I found out that they take round any uneaten cakes to the homeless at the end of the day, how sweet is that! On Wednesday I had a working lunch to chat over strategies for my clients, then was so exhausted once I got home and took over with the kids from Sam so he could head to work that I fell asleep on the sofa for almost an hour, and the little angels (!!) didn’t wake me up! Thankfully a lovely little hamper of goodies arrived for the wee ones from Petits Filous to help keep us busy on the shortest day of the year, and the kids had so much fun playing with glow in the dark pens and stars (they’re now all over my living room walls!) that I could have a little doze in peace! I am so thankful that the days are going to be getting longer again now! Athena decided she wanted to dip her mince pie in her yoghurt, which was a little odd but each to their own I guess! I’m amazed my kids even like mince pies as I didn’t like them till I was in my twenties!

I worked at my hotel job on Thursday, but am now not working again until New Years Day which is amazing, so it’s now more playdates, carols and Christmassy fun times on the agenda! 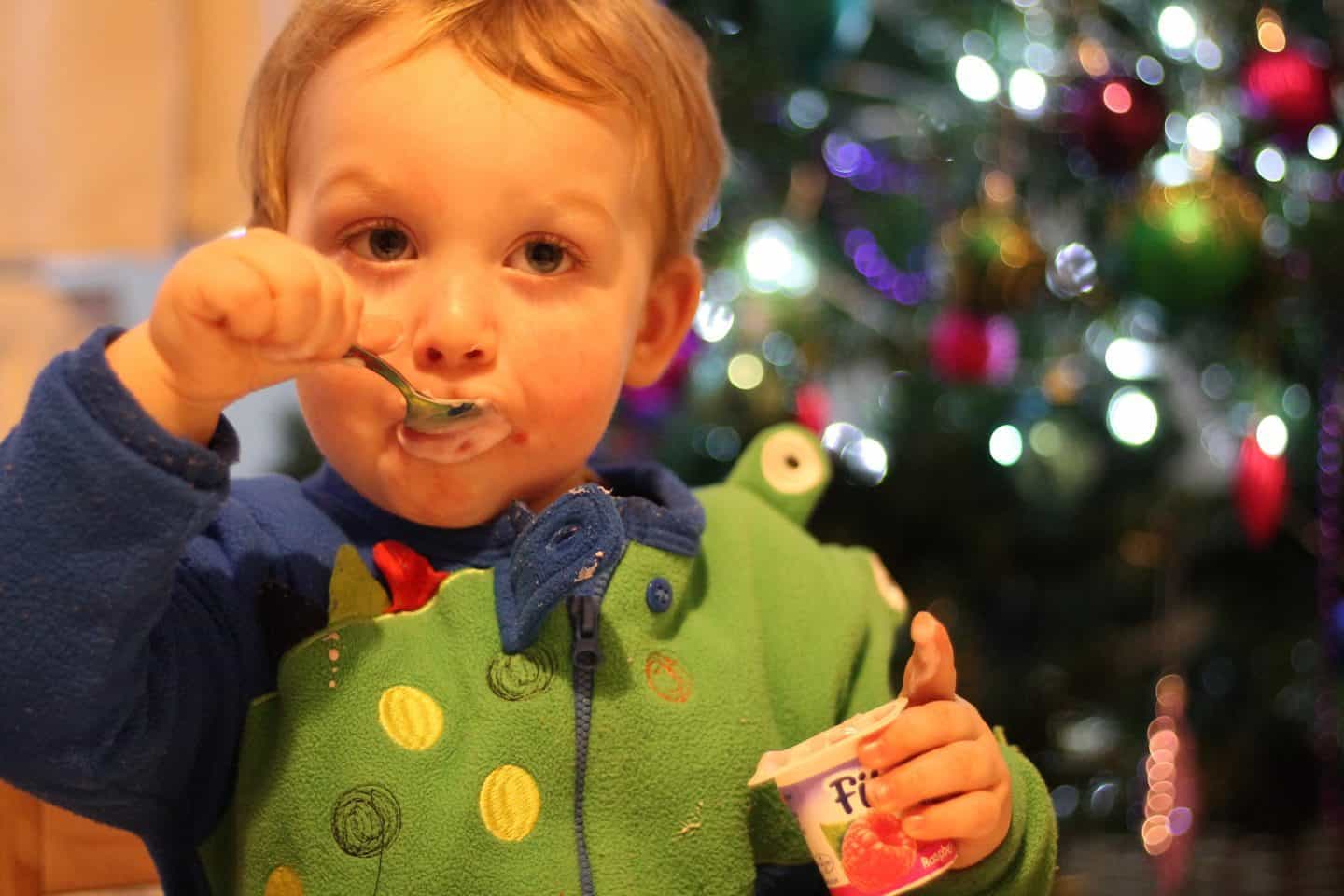 So this is me signing off for the rest of the year, wishing you all a HUGELY Merry Christmas and a ‘Happy New Ear’ as Athena says! Don’t forget if you’re a blogger and will be writing up a review post of your year to join in with my #ShareYourYear link up, it’s open till mid Jan so plenty of time to join in!

One thought on “Stuff on a Friday”