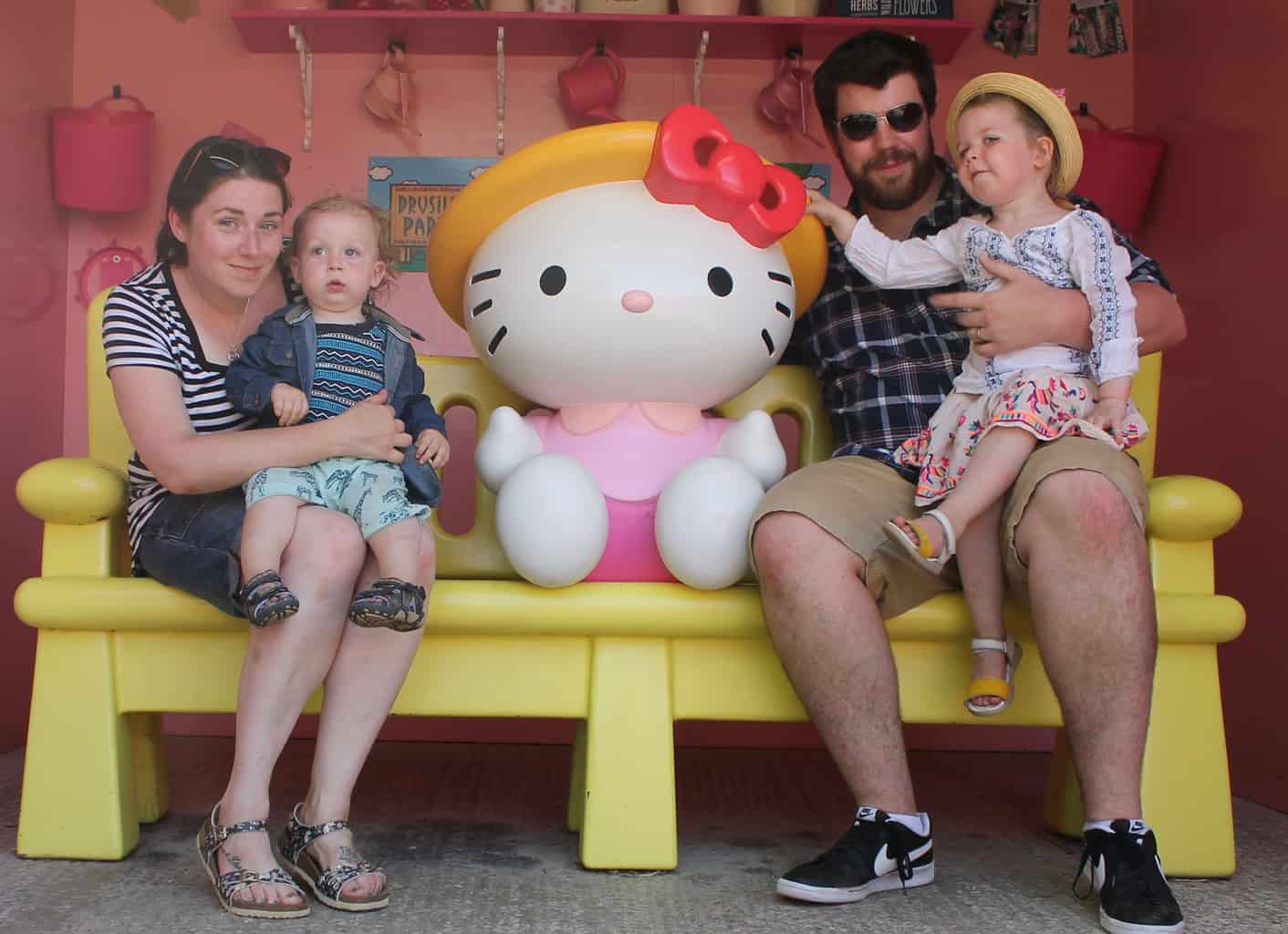 July was pretty much as crap as June was for us, I’d sum it up as mediocre with illness and a few lovely days. We had a brilliant day out as a family to Drusillas, and then later that week the kids and I headed up to Guildford to meet Donna and had a blast, even though the temperature was through the roof the kids loved the splash pool and we had a good old chat! We also had another nice afternoon at our local Open Air Museum (we bought annual passes) including a ride on the little steam train there.
However Arlo has been a teething terror for the last three weeks, I have had tonsillitis (it’s contagious, how did I get to this side of 20 and not know this?!) and then conjunctivitis and my eye is still sore two weeks later. I know I’m run down when I get itchy eyes, and I really could do with having two solid days in bed with no interruptions or small people attached to me. This last month seems to have been relentless and the glimmer of hope on the horizon that was us booking a last minute holiday somewhere warm isn’t happening as our car needed a lot of work when it broke down. Instead we are road tripping it up to the Lake District, which is definitely not a week in the sun with an all inclusive allowance but beggars can’t be choosers can they?
Me: I’ve started reading a lot more as I was getting well behind on my 50 books in 2016 challenge and I read 6 this month thanks to being enticed into a kindle unlimited offer! I’ve cut back on blogging a bit to give myself some more ‘me time’ (by which I mean time trying to get Arlo to go to sleep, holding my phone behind his head whilst he breastfeeds and looking at it with one eye open so he’ll think I’m asleep) I did however do a really fun campaign over the last week which was to come up with a new and different breakfast recipe each day for a week in conjunction with Arla Dairy, you can check them all out here.
Sam: Was also ill at the end of the month and had a very rare day off work, though it wasn’t much of a rest as it fell on the one day I always work so he had the kids for most of the day. The mean-bitch in me wanted to say ‘now you know how I feel’. In fact I did say it. He’s also got right into some guns and ammo style PS4 game and can often be found with a headset in chatting away to Americans whilst playing ‘live’. I got him to ask them if they are voting for Trump but they’re not, thank god.
Athena: Misses going to nursery and now all the playgroups we went to have paused over the Summer too. She’s so keen to get started at her new Preschool, she’ll be going 3 days a week from 9-2. She has really blossomed in the talking department, so many more words and phrases are arriving daily, although bizarrely sometimes I find it hard to understand what shes saying and when I work it out its words she’s been using for months! She just seems so grown up now, so on the odd occasion when she cries because she can’t have/do something I have to remember she only just turned 3 last month!
Arlo: has learnt to run and use his sisters scooter over the last month. He’s still climbing anything he can get to and loves to put things in other things and chuck balls about. He’s talking a lot more and loves to repeat words. He can also recognise the colour ‘lellow’. He still hates eating, sitting in a highchair and can’t fall asleep without being breastfed if I’m in the house.