Do you have adequate emergency funds to handle a sudden financial crisis? Millions of people in our country don’t. Figures released in early 2016 by the Office for National Statistics (ONS) revealed that Britons are saving less now than they have in the last 50 years: we are putting an average of just 4.4 percent of our disposable income away, which leaves us close to the edge of financial disaster. We’re neglecting to create an adequate savings safety net, which could lead to a rise in debt and other problems, particularly if there are any more shocks to the economy.

Will Brexit make the problem even worse? It’s hard to say at this point, but clearly our malaise predates Brexit. Although the referendum cast new layers of uncertainty on our nation’s future, uncertainty has always been with us; it’s just a part of life. Yet so many of us seem unwilling to acknowledge this basic fact, instead living as if we believe that everything will somehow be all right. We’re shocked or angered or bewildered when we come face to face with evidence to the contrary and find ourselves completely unprepared to deal with it.

But it doesn’t have to be that way.

First off, if you’re having a cash crisis right now, and lack the money in savings to cover it, lectures about the importance of saving are not going to do you much good. In a perfect world we would all set aside emergency funds to handle our financial crises with ease. But this isn’t always possible, and sometimes it’s necessary to take out a loan to handle the emergency.

As with most endeavours, the better your plans, the more likely the outcome will be a positive one. Sometimes, we just don’t have the chance to make plans, and end up choosing a course of action that is less than ideal, but is the best available under the circumstances. When you are faced with a need to borrow money to cover an unexpected expense, the decisions you make can either help you overcome the “surprise” or get you into even more problems later. 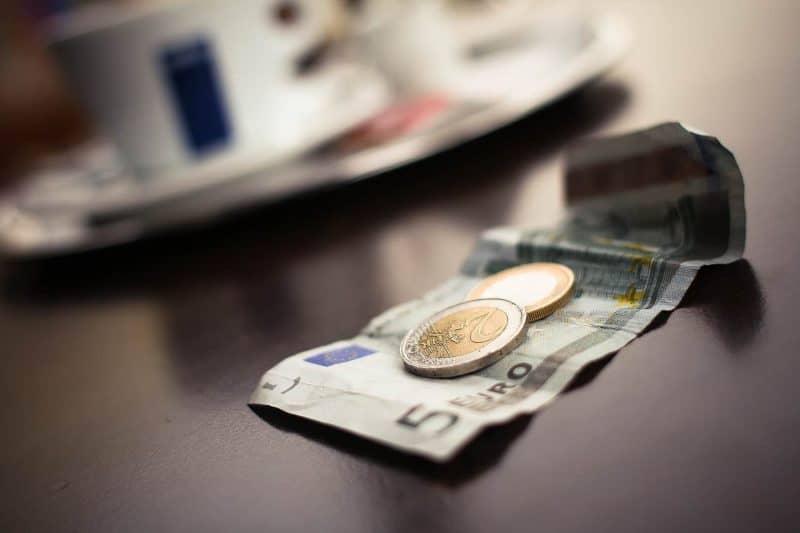 There are numerous types of loans available from many lenders, and which is best for you depends in great part on the your credit rating. Choosing the best source of funds can be a time-consuming and daunting effort, were it not for the existence of available online resources. For example, the readies website not only explains and discuses the advantages and disadvantages of the different types of loans, it also provides visitors with free tools to compare the actual cost of their loan from numerous lenders, with a side-by-side comparison of each lender’s rates, terms, and fees, adjusted to the borrower’s unique loan requirements..

A loan, however, is only a quick fix, and if not handled responsibly it will almost certainly make your problem worse. That’s why it’s important not only to do your research in advance of taking out a loan, but also to keep your commitment to pay the loan back on time. Equally as important is to get a better handle on your finances so you won’t be as likely to need a loan to get out of a crisis.

And there is that Brexit factor…

Even if you’re not facing a cash crisis at the moment, and even if you do have a savings plan in place, it’s important to stay informed of policy changes in response to Brexit so you can act accordingly and perhaps avoid a crisis.

For example, there has been some credible speculation lately that already depressed interest rates might be lowered even further to offset uncertainty about the effects of Brexit. That speculation became a credible prediction with Bank of England governor Mark Carney’s public statement that he might reduce the base rate below its present 0.5 percent. Some experts, such as Royal London Asset Management economist Ian Kernohan, suggest that the initial reduction could come sooner rather than later, that the initial cut would likely be  to 0.25 percent, and that reductions would likely bottom out at zero percent. It’s not the best news for savers, by any means, and the possibility of such rate reductions should get savers moving to lock their money into fixed-rate bonds before rates bottom out.

Financial health isn’t just about boosting your savings. You need to evaluate every aspect of your personal finance puzzle, and again, you should keep apprised of government actions regarding Brexit and other developments. And if ever there was a time to set aside politics and focus on preparing yourself for any financial emergencies you might encounter, that time is now.

A budget shortfall seems fairly certain, and the next Autumn Statement will likely contain announcements that directly affect many people’s finances. How much of an impact it will have on yours will depend not only on the measures the government takes, but your own level of financial preparedness as well. If you receive any kind of government benefits – particularly a government top-up of your pension – there is a good chance that the amount you receive will either be reduced or, in some cases, eliminated altogether, and you will need to adjust your income (if possible), your expenses,  or your personal pension contribution to offset the reduction.

A shortfall would also likely necessitate the politician’s default practice of increasing taxes, which could also force you to either increase your income or reduce your expenses in other areas.

There is nothing intrinsically wrong with believing that everything will be all right. Hope, optimism and confidence are useful attitudes to cultivate. Yet in the absence of appropriate action these attitudes can easily morph into denial, which helps no one. American motivational speaker Denis Waitley said, “Expect the best, plan for the worst, and prepare to be surprised.” That’s a good philosophy for life and certainly for personal financial planning, no matter what may be happening in the larger world of politics and economics. If you make a continual effort to keep your financial house in order, you can avoid many of the unhappy “surprises” and perhaps even experience some happy ones.