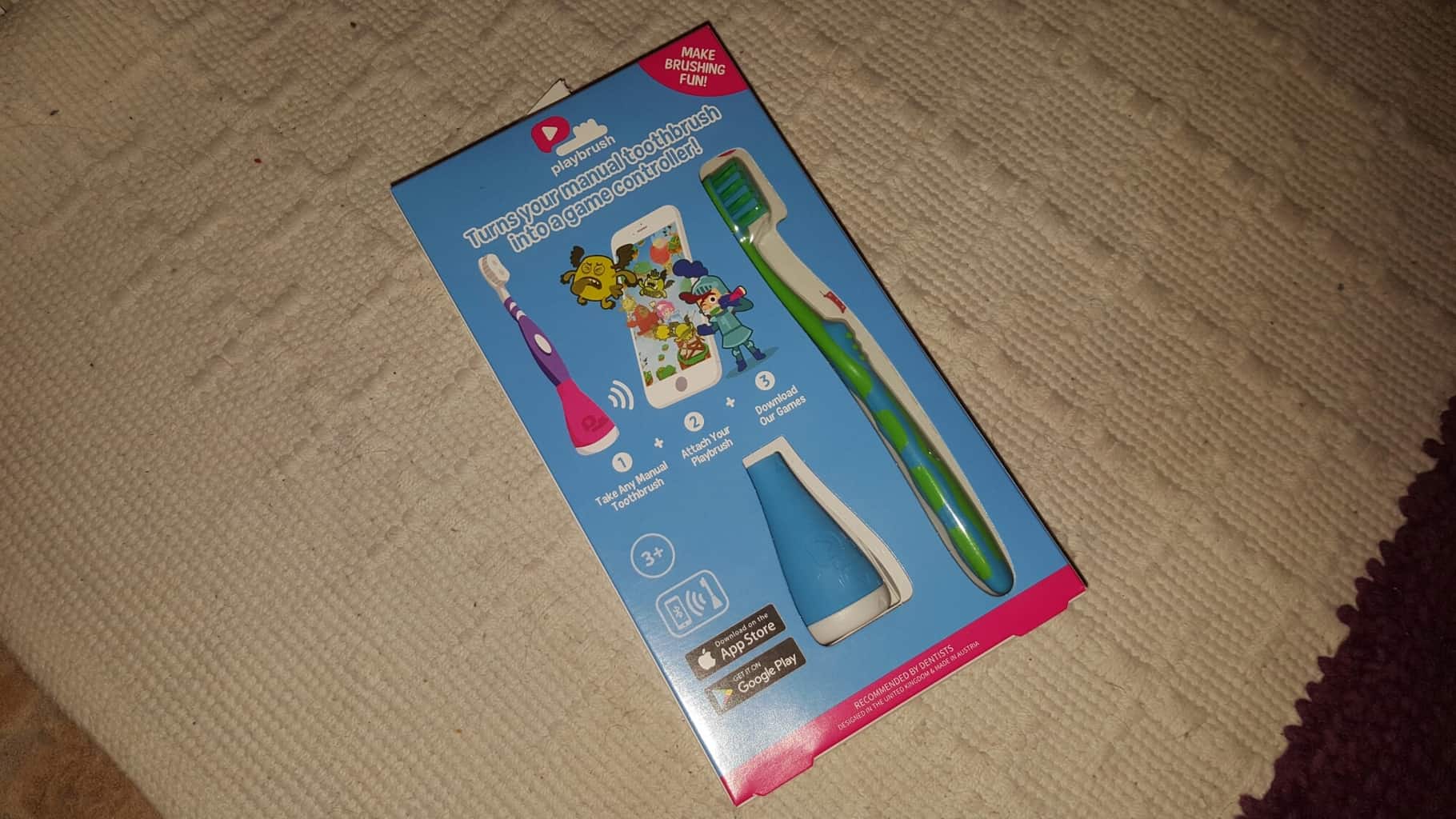 Arlo is not a fan of having his teeth brushed, so something to make life a little easier when the dreaded tooth brushing time comes around is definitely something I was interested in! Playbrush is a clever little device that turns any manual toothbrush into a game that you can play on your phone or tablet. Available on both android and apple you download the free app (there are four to choose from) and then connect the little rubber decide to the bottom of your toothbrush. Then connecting it to bluetooth you can play the game depending on where in your mouth you brush! Each game lasts two minutes and you do it twice a day. As well as beating monsters/flying planes/ colouring pictures it gives you stats on your toothbrushing performance! 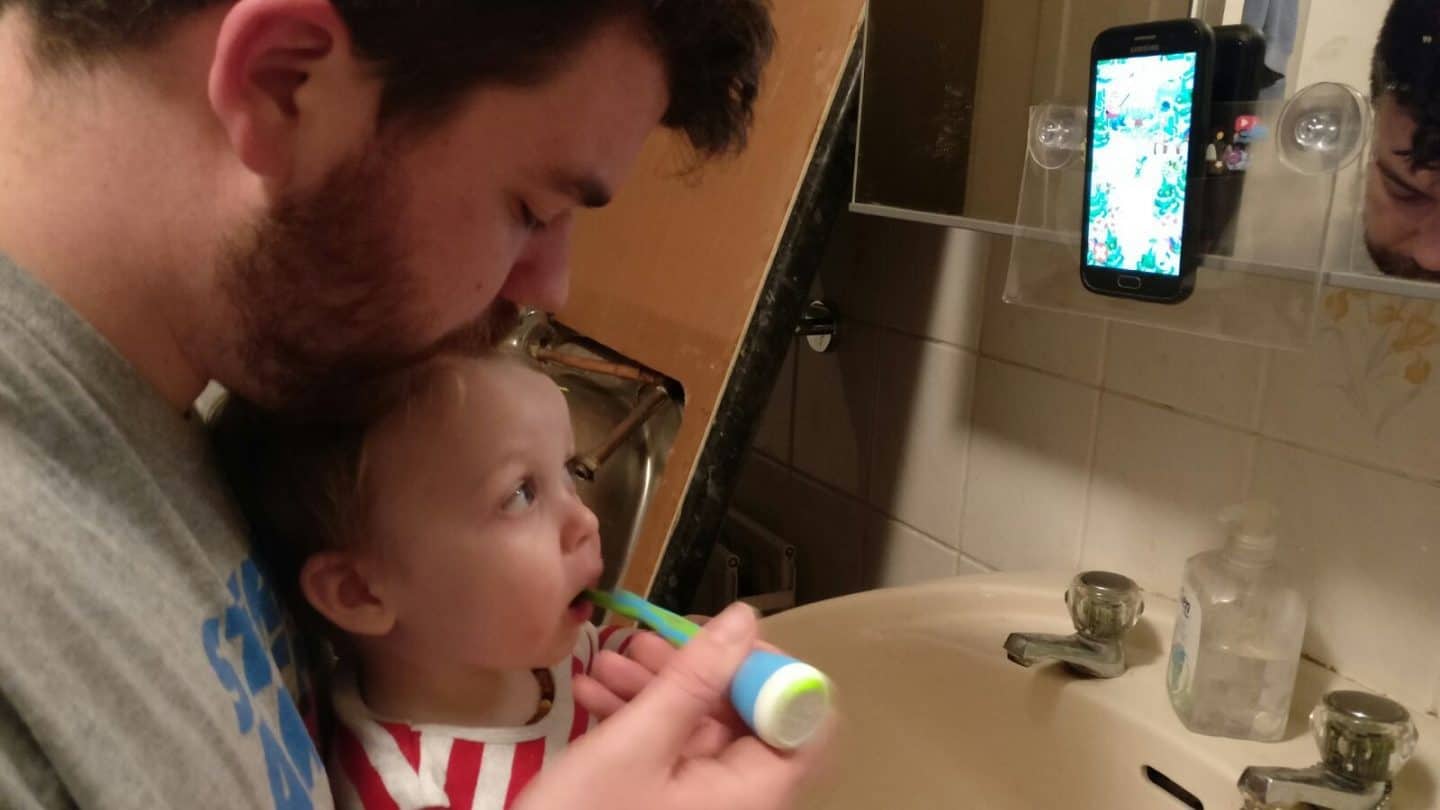 Arlo had seven teeth removed a week ago, they had suffered from hypo-calcification and had basically chipped away to nothing, thankfully all the teeth that arrived after his first 7 are all fine but he still didn’t like having them brushed probably because he associated it with the pain of the sore ones. We still have to make sure the bare gums are brushed now that they are healing so making brushing into a game means he is far more likely to want to let us near him with a brush! 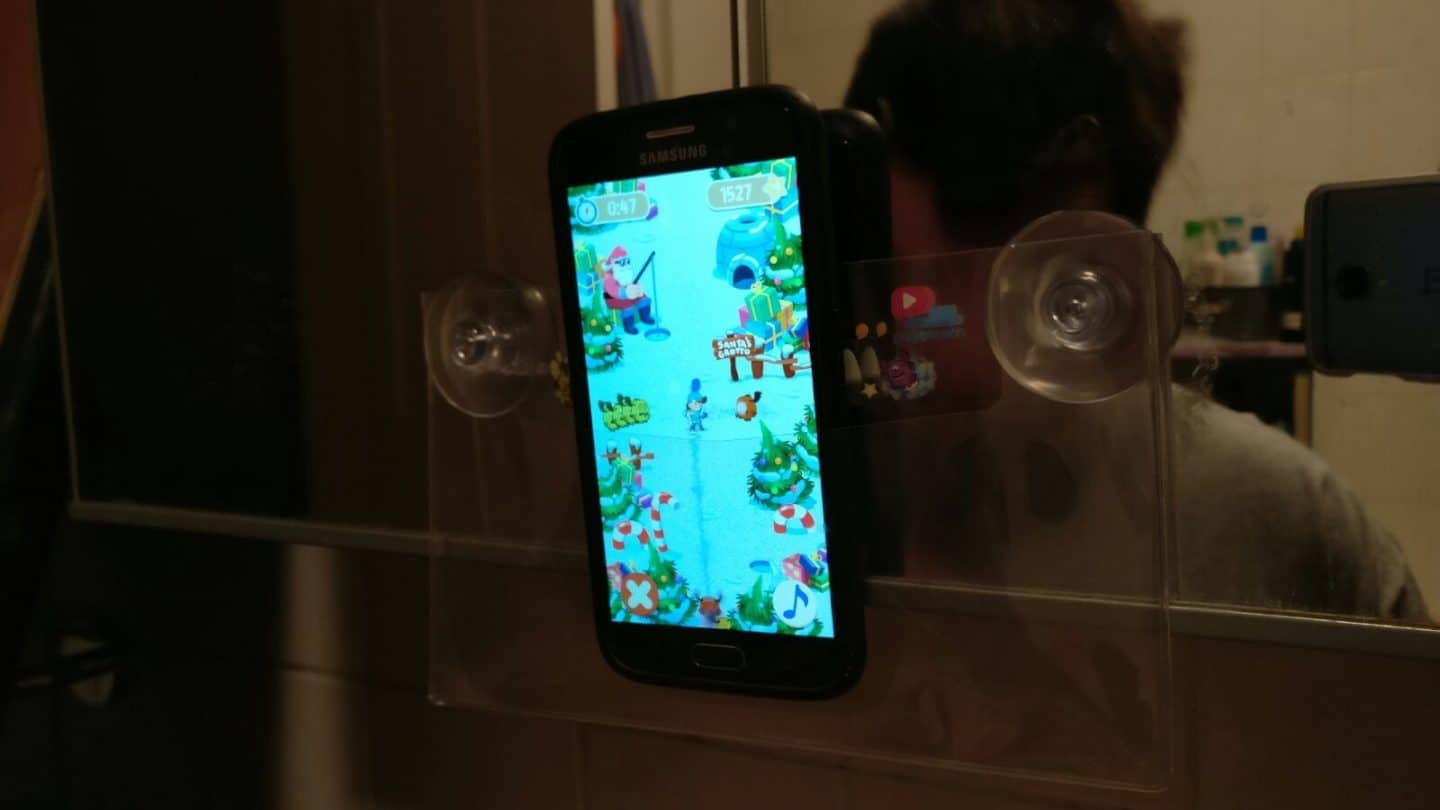 The little disk on the base of the holder removes and can be charged with a mini usb charger (helpfully the same one my Samsung phone uses) and then this fits into the holder, you put your toothbrush in the top and away you go! Athena can even get in on the action as it’s simple to remove the brush and swap it and the games let you choose who is playing. To keep your phone safe whilst playing there is a little clear pocket with two suction pads so you can attach it to the mirror where you brush your teeth, I thought that was really clever! You can use any brand of manual toothbrush too, although it comes with a Signal brush in the box, and you can buy a years toothbrush subscription on the site. A full charge should last between 3 and 4 weeks.

I think the only thing that could be improved is to make a larger one that would attach to a kids battery operated toothbrush, as this is what Athena has been using since she turned three. She’s happy to use  a manual one for the game though!

You can purchase Playbrush via their website and from amazon. After we had played a few games a pop up on screen asked me for my email address to get an extended 5 year warranty, which I thought was decent!

We were sent a playbrush to review, all words and opinions are my own.