Isn’t it funny how different two siblings can be? Arlo seems to leap from one cough or cold to the next with only a matter of days in between, it seems. The poor kid had his first bad cold at about two weeks, and more than likely picked it up from his sister, who was surrounded by other kids at nursery but never seemed to suffer with anything for more than a day or two. Fast forward three years and Arlo has just started at preschool himself, so I am preparing for the onslaught of bugs and germs that is heading our way! After two weeks of him being pretty sick with a parasite I really want to help him stay as healthy as possible for the rest of the summer, and if I can’t stop him picking things up then I can do my best to stop him suffering as much! 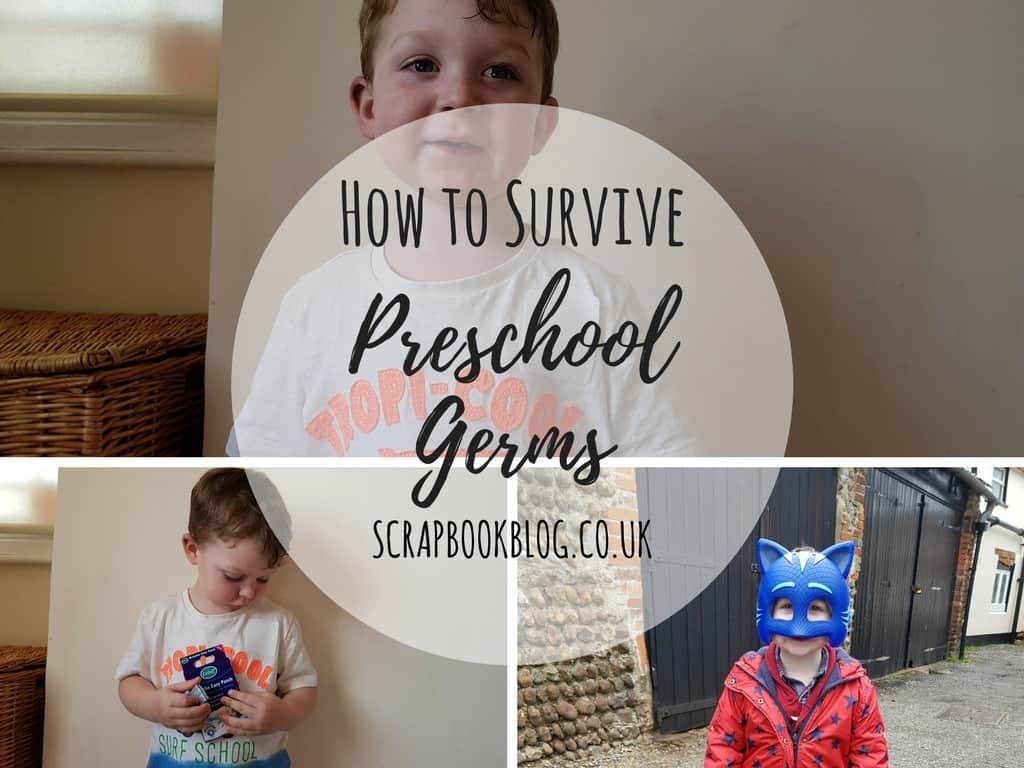 We’ve tried to teach both kids from an early age the importance of washing their hands properly before eating and after going to the loo using the follow method:

This process happens almost 100% at home (I get them to sing songs as they do it- ‘Shake it Off’ works well!) but of course when they’re not with me I can only hope they remember!

I also remind them to cough or sneeze into a tissue, or if they don’t have one the crook of their elbow, rather than their bare hands, in a (possibly futile, but it makes me feel better) attempt to stop them spreading their germs around for others to catch. I feel I should point out here that I am not a clean-freak nor a germ-phobe and do happily let the kids play outside and get grubby, but if there is a quick behaviour I can teach them from an early age to hopefully stop the spread of so many germs then I’m all for it! Of course they will pick up bugs and colds so there are a few things I do to help them feel better,

Another thing to try is ‘Magic Medicine’, which is actually vitamin syrup and not Calpol 99% of the time, my kids are definitely fooled by the placebo effect! I save actual pain medication for when it is actually needed, but quite often in a 3 year old’s mind he NEEDS medicine to feel better, and thankfully he can’t read yet so I use the Calpol syringe to give him a shot of multivitamin syrup and everyone is suddenly happy again!

I’m also a fan of using natural remedies where I can, and eucalyptus for a cold works wonders, because of it’s anti-inflammatory effect on the airways. But that stuff stings if it goes in the eyes, and you can be sure that whenever I’ve doused a corner of muslin in it and given it to Arlo he’s ended up with red and itchy eyes as he’s either ended up asleep on it, or got it on his hands and then rubbed his eyes. But in the holidays when he was ill he also had a cold just to add to his suffering, one of those ones that result in you going through a box of tissues a day catching various grim things drop out of noses… and normally these result in restless nights and early mornings as nobody gets any sleep. Him because he can’t breathe and doesn’t want to sleep propped upright and me because he needs me every couple of hours to de-snot him and settle him again. Thankfully we’d been sent some Colief Breathe Easy Patches a little while before, and whilst I didn’t want him to get a cold I was pleased we could put them to the test! 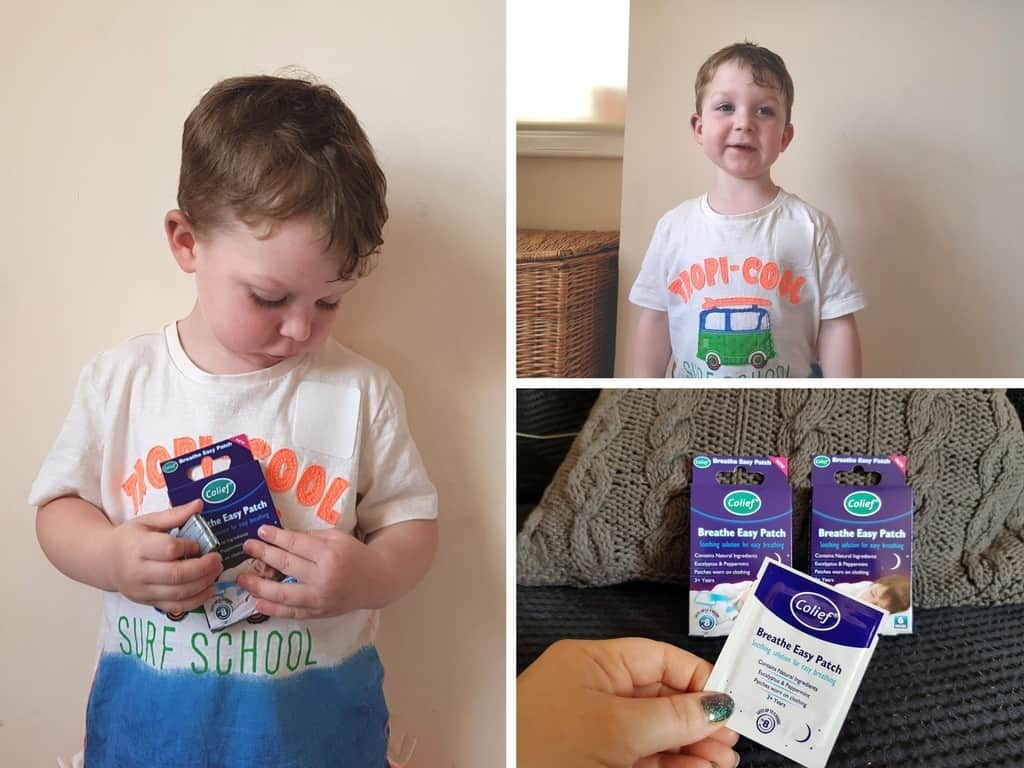 Each box of Colief Breathe Easy Patches contains six individually wrapped patches, which are adhesive on one side and soft on the other. You attach them either to your child’s clothes/PJs or to their bedding and a blend of eucalyptus, rosemary, lemon and peppermint help to naturally ease their blocked nose and help them to get a better nights sleep, and it works! On the first night we used a patch attached to his PJ’s (I popped it on his chest just below his shoulder) he didn’t wake during the night, and though he got up a little earlier than normal he still got a good nights sleep. Best of all he didn’t get any eucalyptus in his eyes, as it is all neatly contained in one little patch! More information is available at Colief.com. 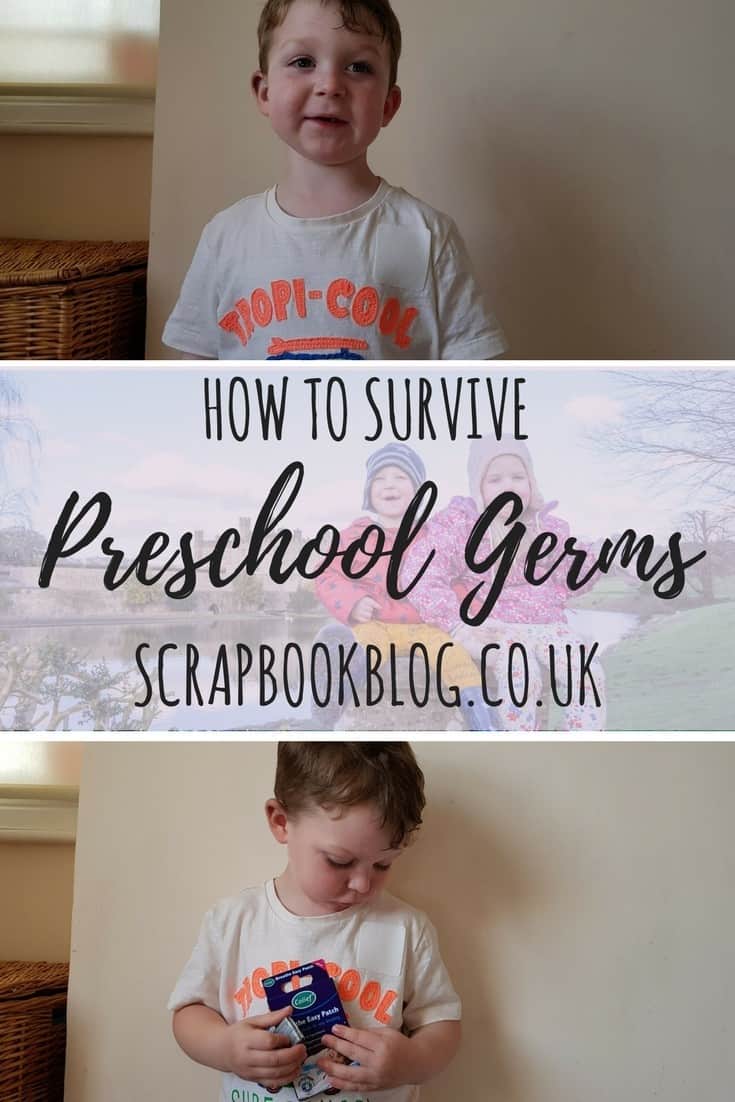 In the past we’ve also loved the Colief Vitamin D drops and of course the original Colief to help colic symptoms in babies.