September sped past didn’t it? I think having a routine of school runs, homework and  some time to myself was actually a good thing as the days dragged a lot less.  However I’ll be pretty happy to see the back of 2020 so it won’t really bother me if the rest of the year trundles on past at the same speed!  Here’s my monthly  run down of what I’ve been reading, watching and doing… 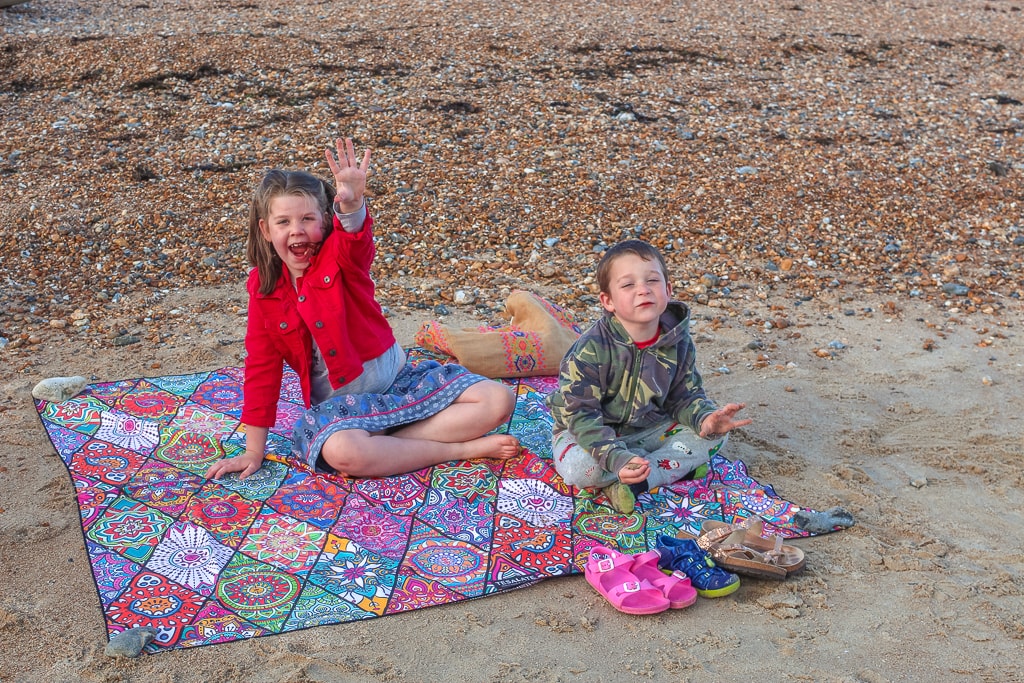 What I read this month

I finally got my reading mojo back after it sort of disappeared in August and read these nine  books: 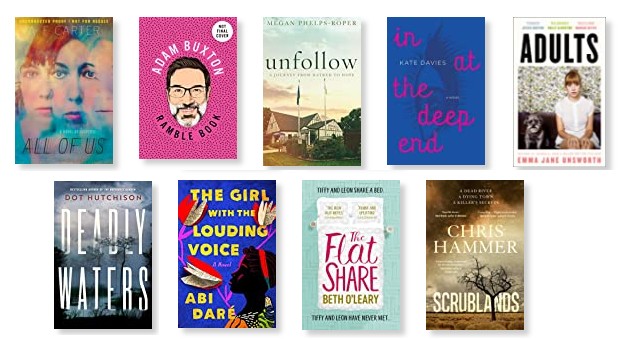 I really liked In at the Deep End (Kate Davies)  as it features a strong female lead who (after some wobbles)  realises she might actually be in to women and not men.  Scrublands (Chris Hammer) was a really  intricate deep dive into a remote Australian town who are dealing with the aftermath of their vicar suddenly shooting several members of the community.   Unfollow  (Megan Phelps-Roper) was also  interesting as it tells  the (true) story of how Megan left her deeply religious (and very anti abortion,  gay, army etc)  church, run by members of her own family.   It was actually though conversations with people on twitter whilst she was running the church’s social media account that started her thinking differently and realising that perhaps she had been brainwashed by the people she trusted most.

What I watched this month

On NowTV/Sky  I watched ‘I Hate Suzie’ which has Billie Piper in, it wasn’t amazing but definitely watchable. I also had the immense joy of watching Sex Education  series 1 & 2 through again as Sam was watching it for the first time.

Film-wise we watched  ‘Babysplitters’ which is a comedy that is fine if you’re in the mood for something  silly! We also watched Blue Story which was a lot grittier!

What I listened to this month

Still listening to my normal round  up of podcasts, and loving that I get to listen to them more on the school runs now, so am more or less caught up! Loving: All Killa no Filla,  Giles & Esther Corens Times podcast,  and Answer Me This.

The kids are both really getting into spotify now too,  they each their own playlists and add all sorts of random songs to them. Athena’s current favourite is ‘Ex’s and Ohs’  and Arlo’s is The Final Countdown  and Gangnam Style. Car rides are ‘fun’.

What  I made this month

Erm, does a meal plan count? We’ve started doing it at least two weeks in advance  and it has actually helped a lot in terms of ordering the right food and then  not having that ‘urgh what’s for dinner’  feeling  – plus we’ve tried to cook things in batches where possible to freeze for later  or use for lunches during the week.

What I wore this month

A few days ago I retrieved the vacuum packed bags of winter layers, and it was nice to be reunited with my  knitwear and long sleeved tops – bring on the colder weather I say.   I’ve also  dug out my gel  nail polishes and UV lamp and  my nails are finally looking nice again,  I stopped getting acrylic extensions at the start of lockdown (obviously)  and let my natural nails get strong (ish) again so will just do them myself at home and save the money I would have spent at the Nail salon! 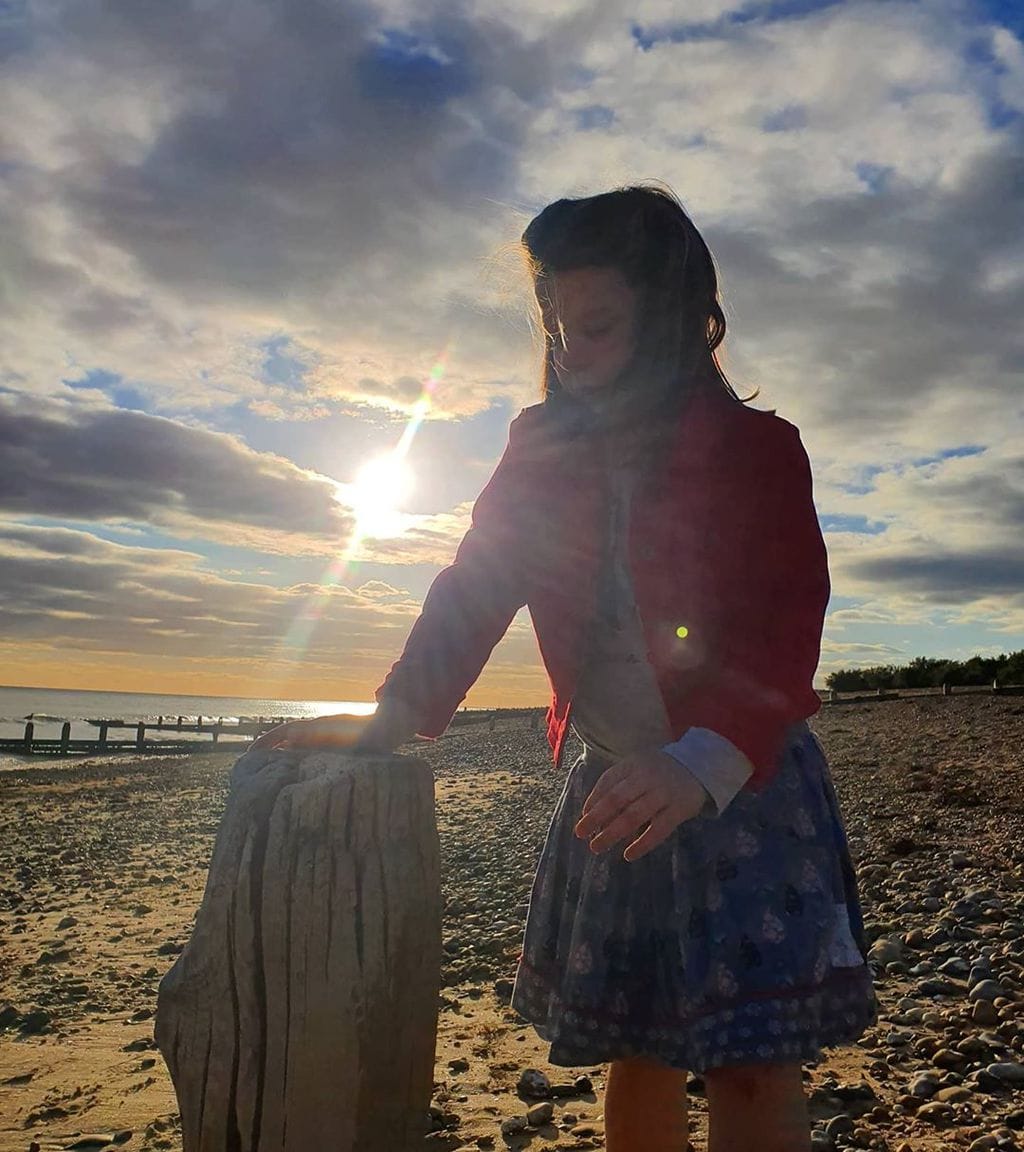 I am still firmly in sandals when it’s not raining,   and am still loving the Keen sandals I wrote about  earlier in September.

What I loved this month

Spending time after school at the beach,   making the most of the warmer days which seem to be slipping away now as we head into Autumn. Don’t get me wrong, we do still go to the beach all year round but it’s nicer when you can sit  with a book and let the kids play in the sand or the waves – they’re much braver than me and don’t seem to mind when the water is really cold!  We’ve started using a [gifted]  Tesalate towel which is really pretty cool, which is saying something  for a towel! Mine is the  Bohemian XL, and is 160cm square – so plenty big enough! 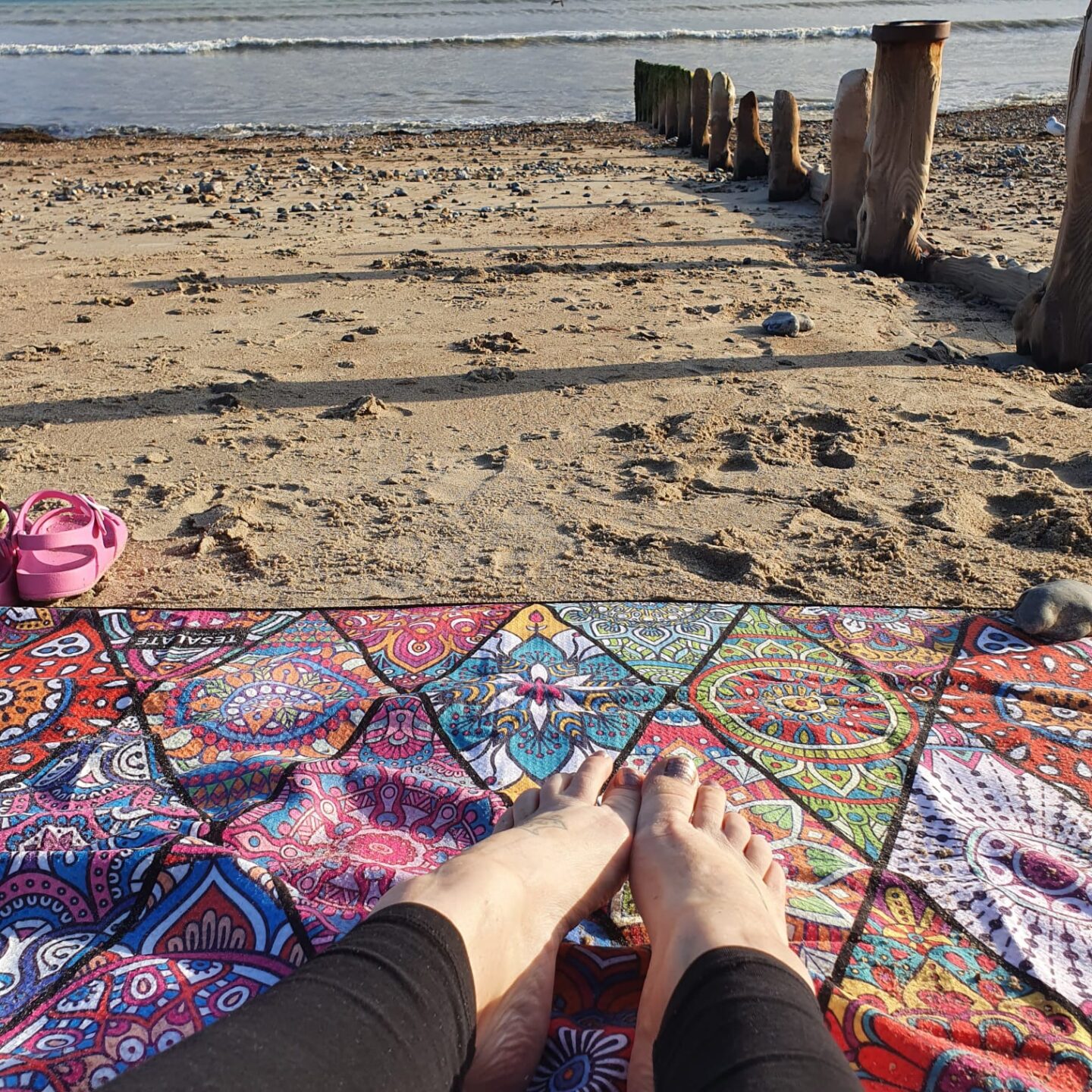 With a different print on both sides this is an extra large towel that would even cover my 6’5 husband if he needed to change at the beach, but works just as well as a picnic blanket to lounge on. The best thing? Sand doesn’t get stuck in it and then transfers to your car/bag/house after a beach trip! That’s because although it’s more absorbent than a regular towel it’s not made from the same material at all! It will be a godsend for camping trips too as it folds up much smaller than a normal towel of the same size would and it has a little carry bag to store it in. 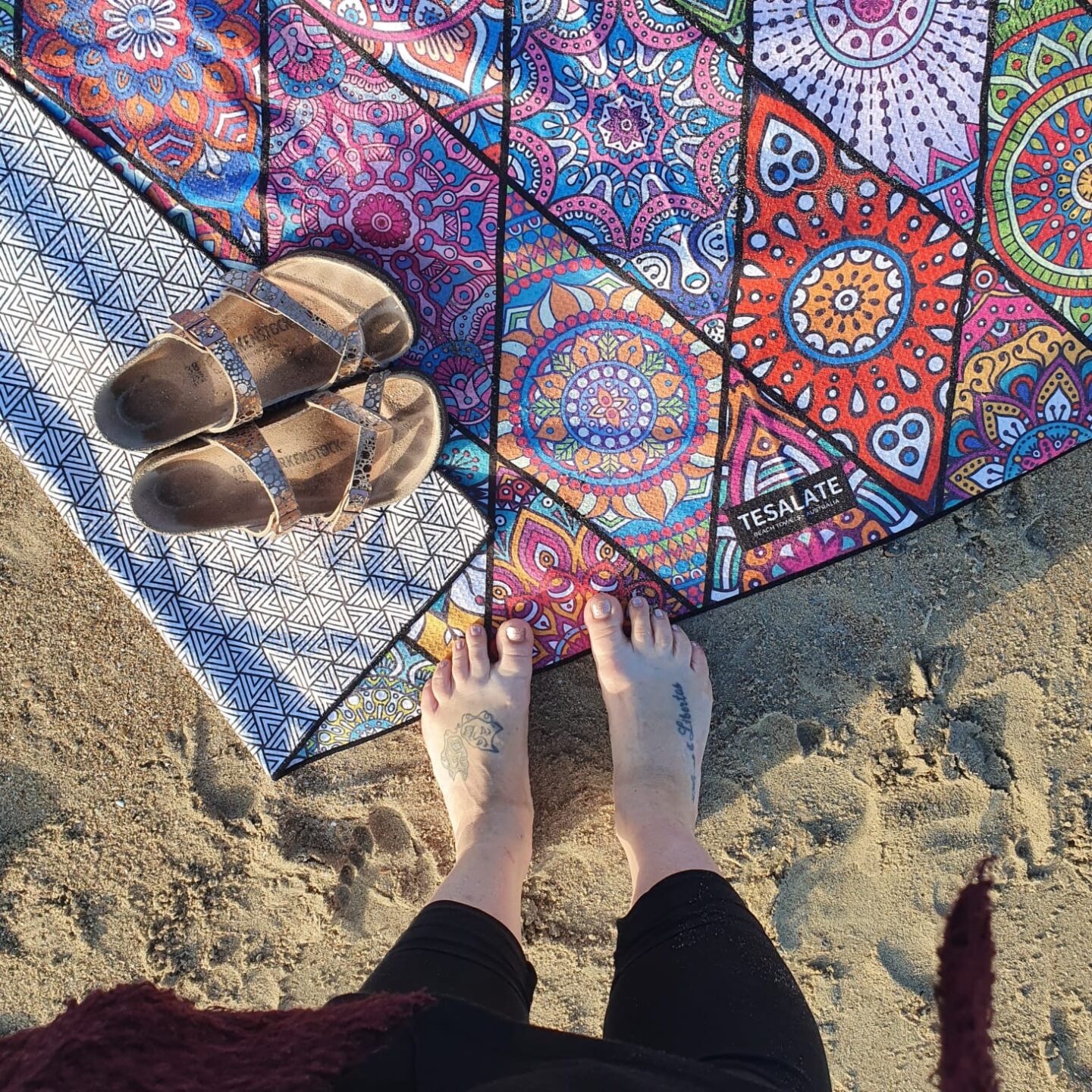 What I loathed this month

I went to give blood   last week and annoyingly my iron levels were too low, which  has never happened to me before and was annoying, as giving blood is something that is really beneficial to the NHS and I try and do my part. I know that my iron can be a bit low, in the past and during my pregnancies I had to take iron supplements and I do try and remember to take a daily over the counter  iron tablet but clearly hadn’t been doing it enough – she’s said I can try again in three months so I will do!

That’s it from me, let me know what you’ve been reading and watching too!