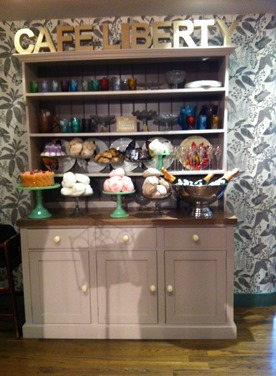 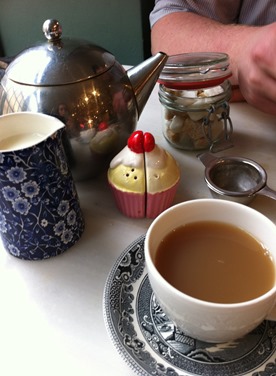 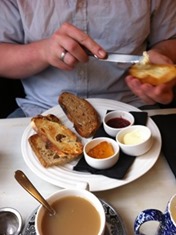 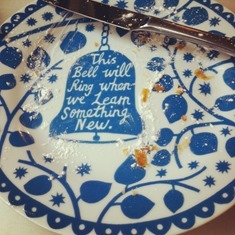 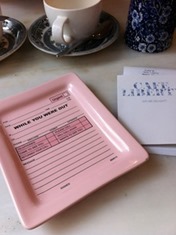 I had a busy Bank holiday weekend planned (including working on Good Friday, BOO!) but when both people I had plans with on Saturday cancelled, then the person I had plans with Sunday evening cancelled I then spent Saturday dozing, with a night out with Sam’s work colleagues that night, and on Sunday we went to see the Croods, which was followed by another nap, growing a baby is tiring I tell you! So after a fairly sleepy weekend I decided that Monday was going to be a day of doing things, as  Luckily Sam was off work too so we took the train to London and spent the day pottering about.

We had a light breakfast at Liberty’s, and had a wander through the home/smelly department… 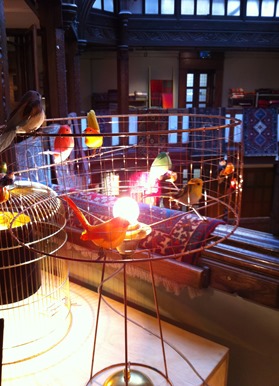 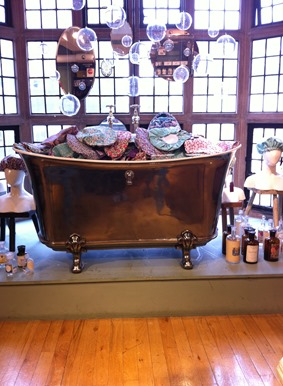 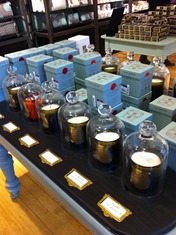 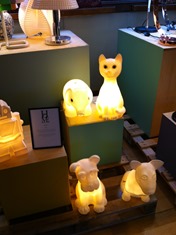 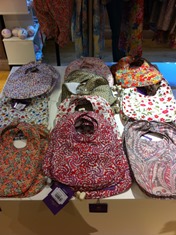 Then Sam was adamant that we had to go to Hamleys to ‘look for things for the sprog’ but actually he played with nerf guns/an electric drum machine and got all excited about gadgets. Once I’d dragged him out of there we strolled towards Selfridges where we looked at the Shoe exhibition thing they’ve got going on (none of the shoes were available in his mahoosive size 14/15) took silly pictures in the weird shaped mirrors, and dreamt of being able to afford to kit out the nursery in all the decadent things in the kids department, also I loved the pre printed ‘cat on the bed’ duvet cover! 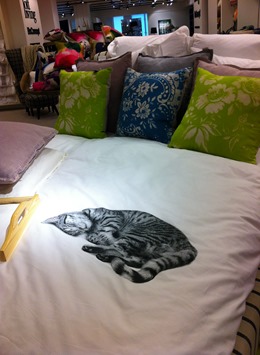 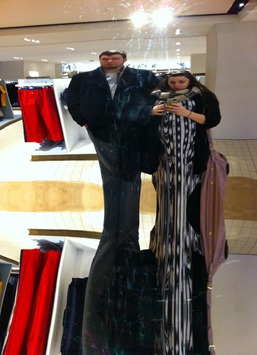 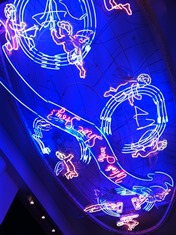 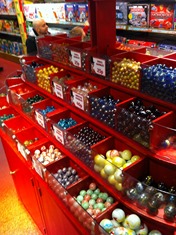 After that I was hungry (again) so we had a sandwich and a bit of respite for our achy feet and cold ears, then had a toddle round Covent Garden, avoiding the hordes of kids getting excited about the Easter eggs, and watched a man in his pants climb a ladder and balance on top of it whilst throwing swords around (no pictures as I could barely see, being the short arse that I am!) 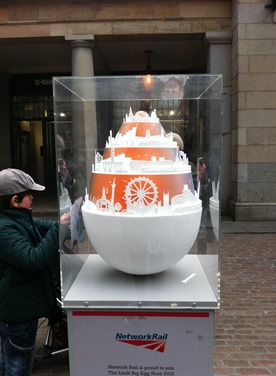 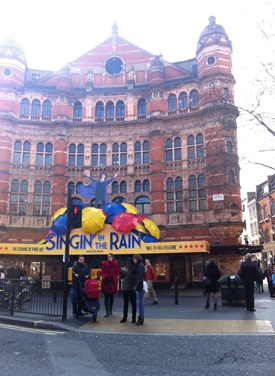 We then leisurely strolled up to Leicester square (I spent another half an hour trying to tempt Sam out of the forbidden planet shop where he went full on geek over things I didn’t even know existed) picked our tickets up for Singing in the Rain later on and found our favourite Chinese restaurant (Golden Dragon on Gerrard street if you’re wondering) and managed to get a table before they started making people wait, huzzah! We had roast duck, shredded chilli beef & satay chicken with noodles & rice. 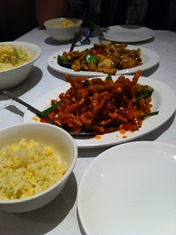 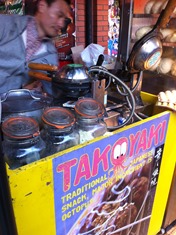 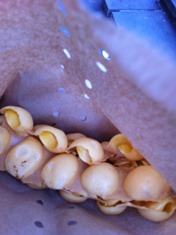 Obviously a generously sized starter and main wasn’t enough for me, we we bought some ‘Hong king style’ waffles from a street vendor, I had condensed milk on mine and Sam had peanut butter on his… these kept our hands warm as we marched towards the Palace Theatre for the show.

Singing in the Rain was definitely worth braving the cold and getting back home after midnight when I needed to be up at 6am the next day! We had seats up in the Balcony (cheapskate much?!) BUT we could see the majority of what was going on without any problem, and the addition of opera glasses was a benefit too! I was amazed at the stage set, not the most intricate I’ve seen, but so effective, and when it ‘rained’ I was pretty glad we weren’t sat near the stage! The picture below is of the (costumed!) stage hands mopping the water up during the interval, only to have to do it all again as it ‘rained’ again in the finale! I will say that it’s probably a good thing that Jennifer Ellison doesn’t have to dance/sing, as her American accent was ever so slightly dodgy! 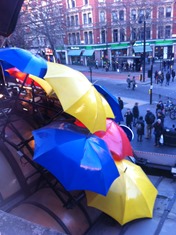 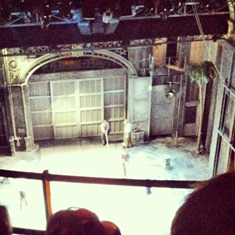 However the three main characters other than her were bloody marvellous, even when being drenched with water from above (which was a pretty impressive feat of stage magic if you ask me!) The story kept going at a good pace so there was no attention drifting off which I often suffer from, and Sam loved his first West End experience, even if he did have to put up with a grumpy pregnant wife who needed a wee all the way back to London Victoria, who said she didn’t want a hot drink then changed her mind and wanted a chai latte at the last minute. (Not sure how he deals with me but he does it with a smile regardless, and admittedly I was pretty tired and knew I had to be up for work in 6 hours time!)

Anyway, we had a lovely day, and hopefully the arrival of the sprog won’t meant that we stop having random days out, we’ll just have to do things a bit differently in the future! The day out also helped me take my mind of the strange anxiety and apathy I’ve been feeling, which was a bonus!

What dud everyone else get up to over the long weekend?

6 thoughts on “Singing in the Rain… & London”