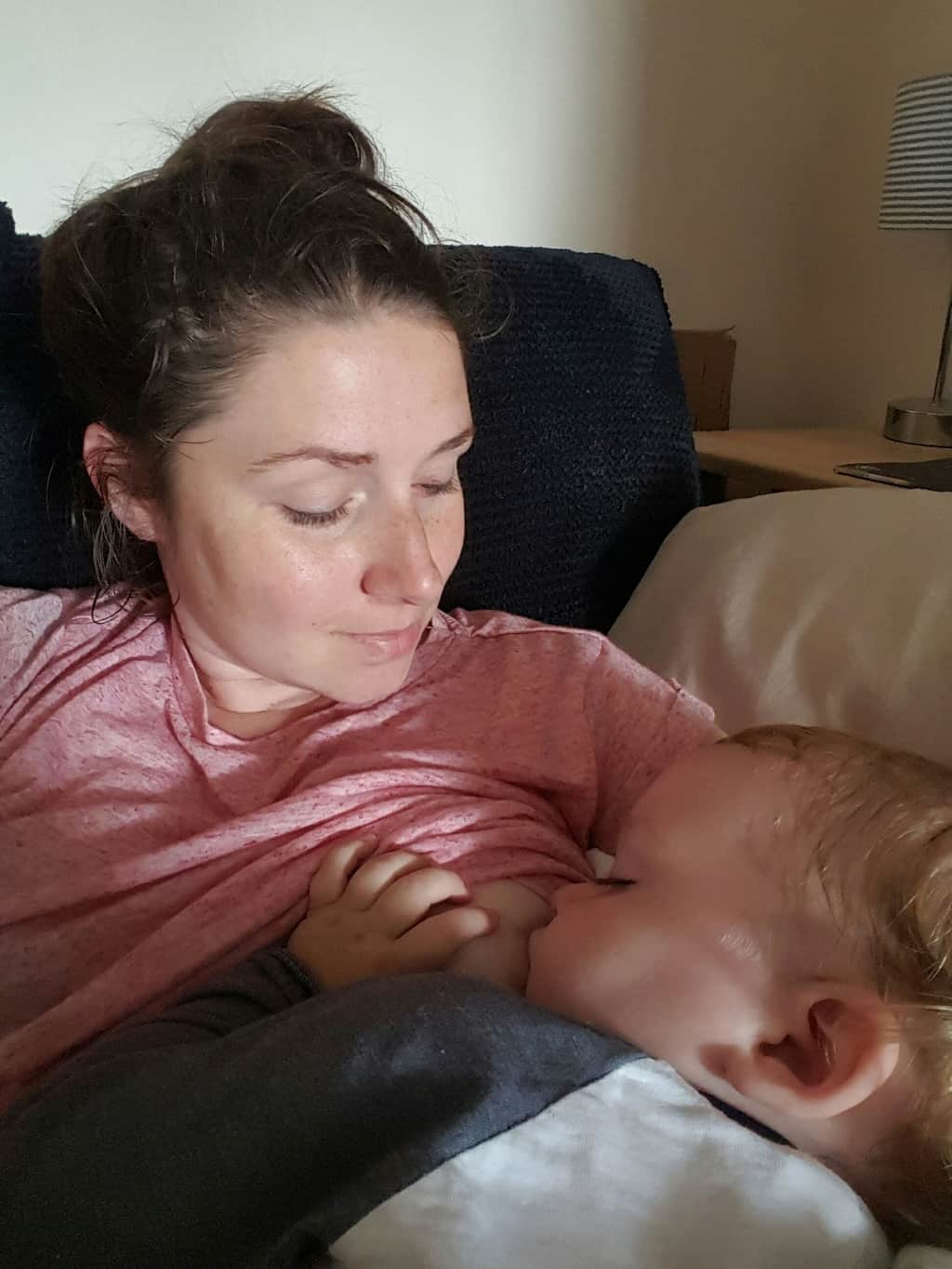 Yes, we are “still” breastfeeding. Although why people ask like that I’ve no idea really. The WHO advises breastfeeding till two if it suits mum and child. Arlo is 16 months old and shows no signs of stopping whatsoever. He’s never had a nursing strike and would feed all day every day if he could. He certainly attempts to feed all night as it is.

I’m not going to pretend I’m all crunchy earth mother about it and love feeding him, gazing at his little face as he guzzlers away. Far from it in fact. I would LOVE to sleep all night without having to a) swap sides every hour when he wakes up pawing at my chest because he’s drained one boob and b) sleep with a duvet keeping me warm, Arlo refuses to sleep with anything covering his legs at all so the duvet is all Sam’s for the moment. I often ‘accidentally’ elbow him during the night all wrapped up in the duvet like a burrito.

There are days when I just don’t want to to feed him. I’m so annoyed at him constantly pawing at my top, yanking down the collar and scratching at my chest to give him access. Days when I am just tired beyond belief and all I want is to curl up without his sweaty little body curled against me. But I’m fairly sure that’s normal.  For 16 months I’ve been at his beck and call, I can count on two hands the number of evenings I’ve spent away from him since he was born and the longest he’s ever slept is for a solid four hours, at five months old. It’s normal to want my boobs to stay inside a T shirt, it’s normal to want me time. But these days won’t last forever I know, one day in the not too distant future he won’t need me to feed him to sleep anymore. He won’t need me to comfort him through teething and bumps and falls.

So for now we are ‘still breastfeeding’ and show no signs of stopping.