Another week has flown by, the first week of the Easter Holidays for us. We spent last Sunday and Monday in London, spending time with Athena’s Godmother and sunning it up in Regents Park. We also went on a Duck Tour & a stroll round London and both kids actually did really well, considering Athena walked miles and Arlo was stuck in the buggy for a lot of it! Tuesday seems to have been completely erased from mind as I genuinely have no idea what happened but on Wednesday I packed the sprogs off to the childminder to get some work done, though I did fit a sneaky mid morning bath in! Why is it that baths seem so much more indulgent during the day? On Thursday I had my weekly shift at the hotel, and it was bloody awful! We had two different groups of wedding guests trying to check in from about 10am, even though check in is from 2pm and that’s clearly written on their booking confirmation. But obviously it’s MY fault that they got in the car that morning without having a shower and getting dressed and NEEDED to get in to the hotel room early. I would have let them in early too, had we actually had rooms ready to check in to, I wasn’t being a miserable cow we just didn’t have rooms ready to check in to at twelve because people were still checking out of them then! Some of the attitudes of these people were just down right rude and it helped me make a decision that I’ve been putting off for a while, but more on that later in the month.

On Friday my phone decided it was going to have a day off, it just died in the morning but you know what? I actually had a lovely day not checking in on things every twenty minutes! I was feeling a bit ‘eek’ about not knowing if there were any urgent things happening on some clients facebook pages but you know what? It isn’t the end of the world, plus it was a bank holiday so I doubt customers expected anyone to reply, had anyone complained… which they didn’t anyway… so no photos from out lovely day at a local Living Museum (Weald and Downland if you’re local to Sussex/Hampshire) but it meant I could concentrate on what we were up to rather than being distracted trying to get good shots! And you know what? It felt liberating, and cemented how much I am often found glued to my phone!

I also chose my #5MinutesPeace images on Friday night, all the beachy ones leapt out at me! Probably because we’ve spent quite a lot of time there ourselves recently! Clockwise from top left: Rachel at coffeecakekid,  Molly Mothers Always Right,  Carissa at Little Likely Lads & Kate at Mum Reinvented. Join in by using #5MinutesPeace to tag any ‘me time’ images as we all know they’re precious!

Saturday was lovely, I had a morning to catch up on housey things like putting the mountains of clothes away, and we also had some of our kitchen tiled, so now it looks so much better than it did! We chose a light sage green which matches the walls! In the evening I headed off to the Marina for a night chatting with some fellow Brighton Bloggers. Due to illness and family things a few people couldn’t make it but it was actually nice to have a proper conversation with like minded people and get to know Bridget of Bridie by the Sea as we’d not met in person before! Chelle and Margot came too and the lovely guys at Malmaison Brighton treated us to cocktails and snacks. Sadly I was driving so I only had one drink, but boy was it good! The other ladies followed their first cocktail with a Spring Fizz which not only smelt amazing but looked too good to drink, garnished with delicate flowers and an ombre effect. We also got to have a sneaky peek in one of their gorgeous rooms; look how funky it is! The doors opened onto a wide balcony overlooking the boats, so peaceful and perfect for a little get away! The restaurant and bar areas are so well designed, and there was a little area off reception that would be perfect for working in too, I’m super tempted to rock up with my laptop soon, makes a change from my kitchen table! 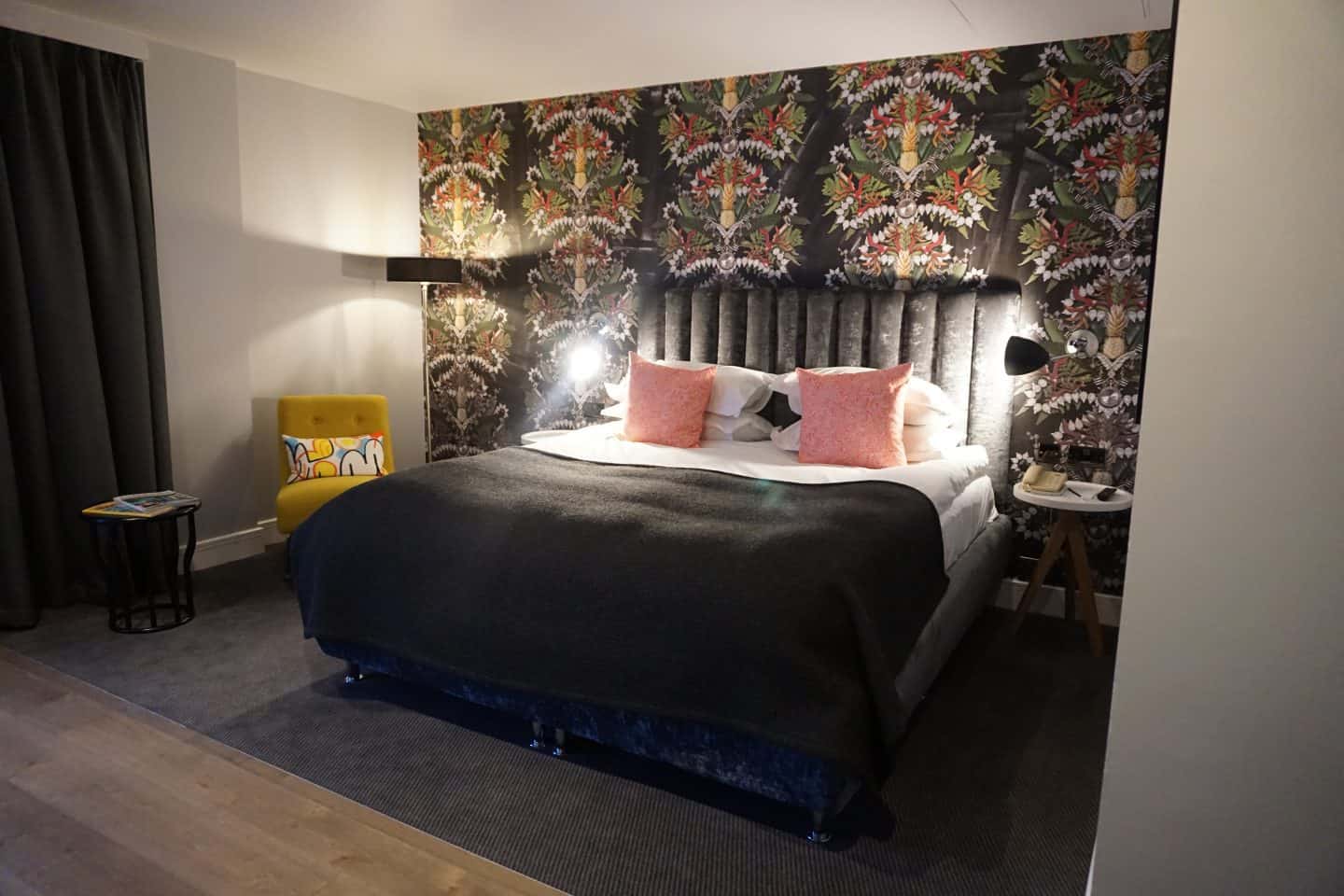 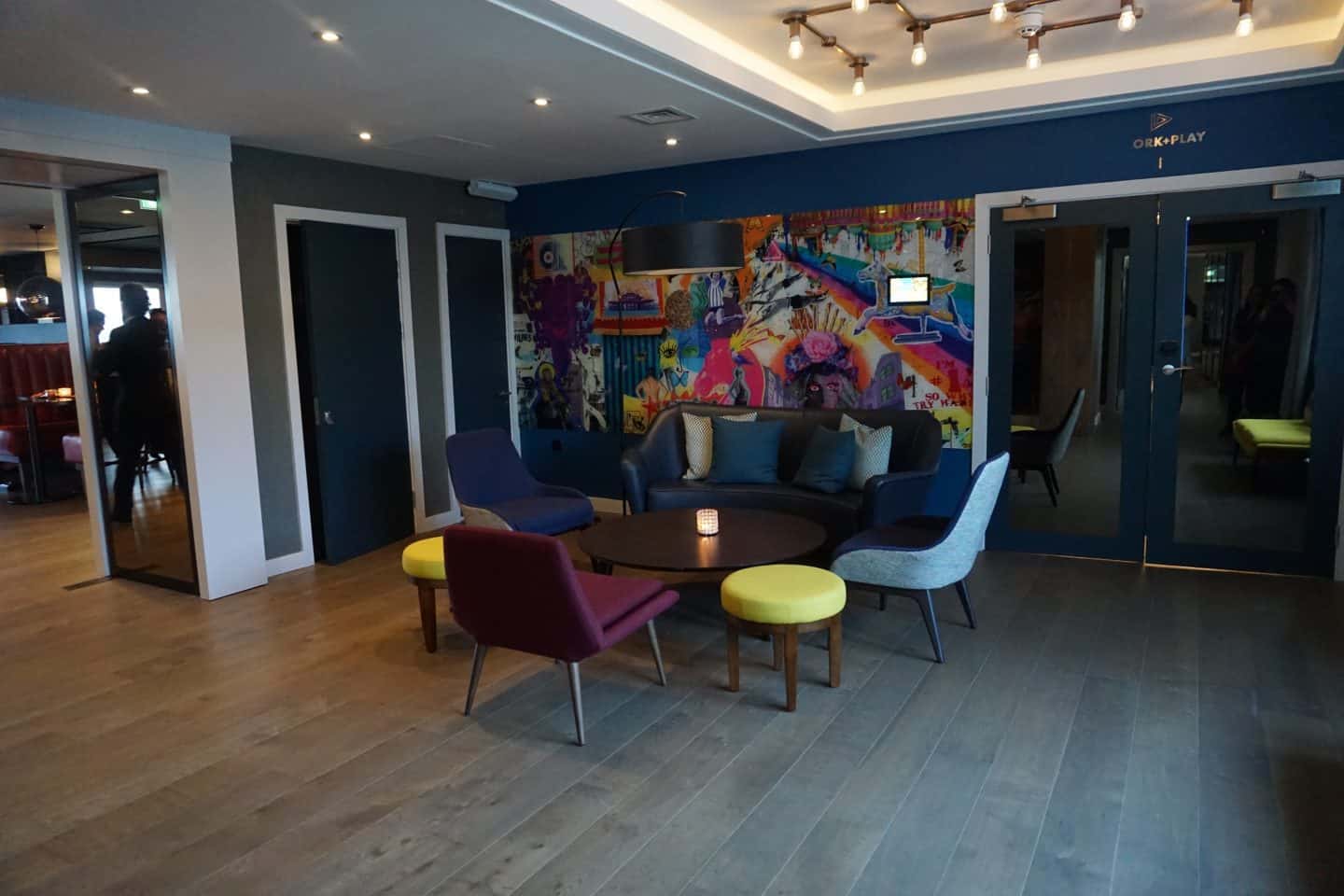 So on to this weeks Little Loves!

I’ve not finished a book this week, I’ve not had time to!

I’ve been manically binge watching Awkward to try and finish it all before our NowTV subscription runs out! I watched the first two seasons on amazon prime a while ago and loved it and I’ll be sad when it ends! It’s a high school comedy/drama but it’s SO much better than your average american crap!

Still listening to Ed Sheerans Shape of You. NOT listening to that bloody awful song by the hairy one from 1direction, Harry. I heard it on the radio and it’s far from original eh?

Myself ill by not getting enough sleep or eating properly. I still have Blepharitis in both eyes and have had for coming up to three weeks now and it’s just so painful at times, i’ll go to the doctor about it and see if theres anything else they can suggest other than washing my eyes and eyelids carefully four times a day!

I’m looking forward to another week of the holidays (well, sort of haha) and then I’m off to The Bump and Baby Show next Saturday! It’s at the Grand Hotel on the Seafront and tickets are only £4 for a family ticket. There are exhibitors from bump up to preschool and you can find out more here. 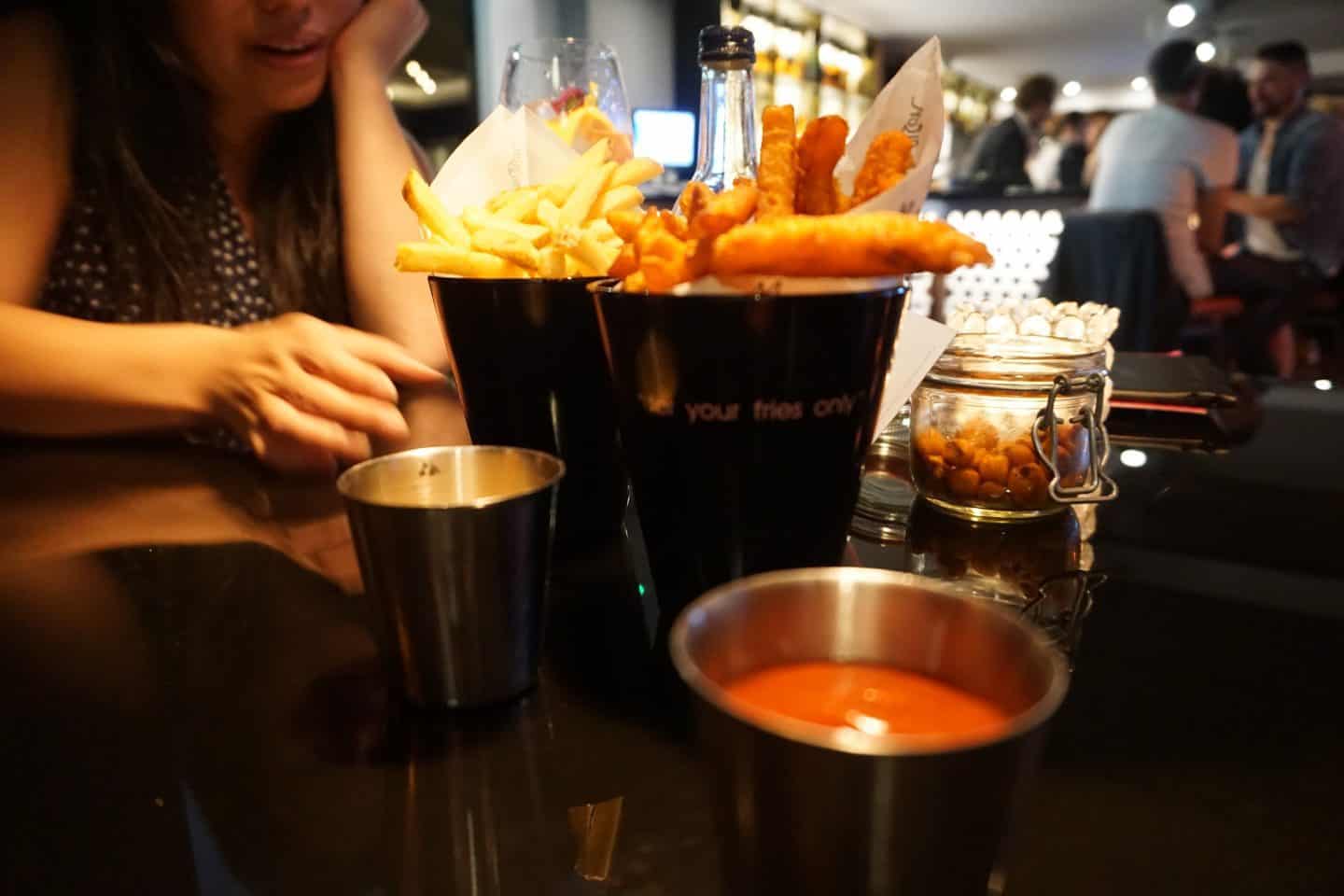 “For your fries only…” chortle chortle…

5 thoughts on “Stuff on a Sunday – Cocktails at Malmaison & #5MinutesPeace”