A nicer week than last week, sponsored by naps, baby-parps and not a lot else! 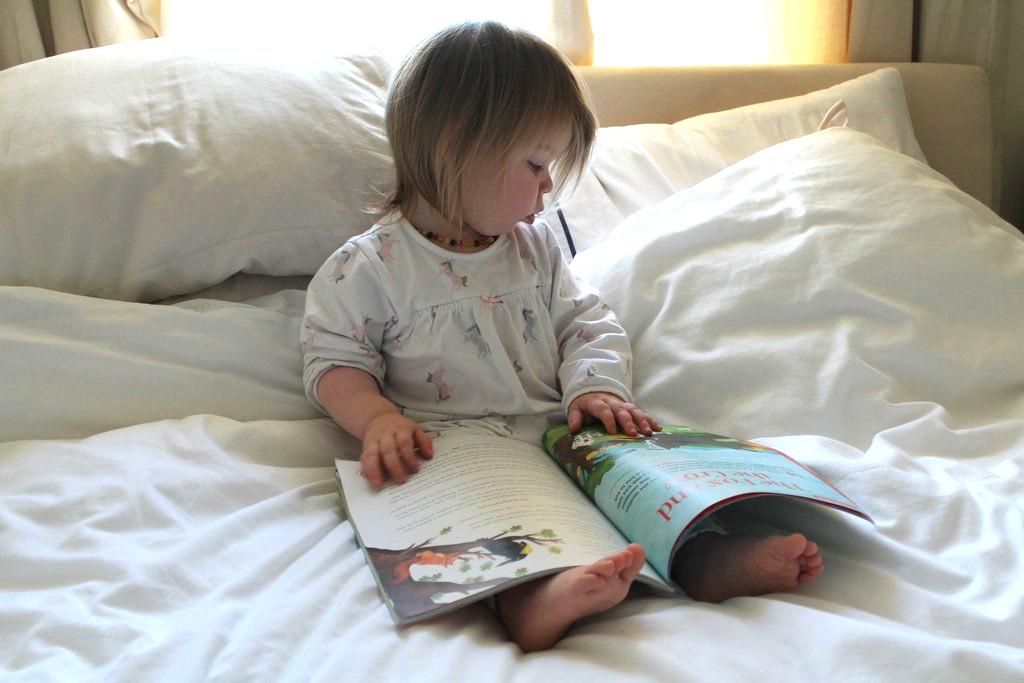 I celebrated it being a Sunday by going to do a food shop ON MY OWN! This may seem like a boring and tedious task to many but the opportunity to wander (okay, waddle) freely round the supermarket without a whining toddler in the trolley was glorious! Sam worked a late shift but Athena had a second nap in the afternoon which was glorious and seems to be becoming a regular thing, hurrah! The photo above is from an article I wrote about Storytime Magazine for the magazine.co.uk blog The Hub and you can read it here.

Monday saw us head to a friends house though sadly her little girl was asleep for 99% of our visit, but Athena got to play with her toys and also with their rabbit out in the garden! After Athena’s nap we strolled into town to post a few parcels (all ebay things that ended on Sunday, though one of the people paid about 2 hours after I got home from the PO, so annoying!)  and then Sam gave Athena a bath (which is good for me because getting her in and out of it is a struggle at the best of times!) but she woke up before we got to sleep with a combination of potential teething issues and definite farty-pops issues, so we had her in bed for a bit till she wanted to go back to her room.

Tuesday was a Nursery day, so I got a little bit of blogging done, a fair amount of house work and watched an episode of Nashville too! When I went to pick Athena up her keyworker said she’d not eaten much and was crying a bit when she had a ‘movement’, and she wasn’t herself overnight either, waking up in obvious pain around 10pm. She satin bed with us farting away fro a little while and only really cheered up when we put ‘Justins House’ on iplayer for her! After a little dance to the theme tune she chilled out and slept through the rest of the night.

Wednesday was a chilled out day, spent waiting for a delivery that didn’t arrive! Sam was off work though so he took Athena to the park for ages and ages, then came home with a bundle of cakes from the bakery, at which point I scoffed one and then headed to the post office to send a few more parcels! Athena was extra tired and still not eating much so she went to bed an hour earlier than normal but thankfully slept through at least! I made the best risotto EVER in the slow cooker too, might post a recipe at some point actually! I am so glad my lovely friend Amy donated us a slow cooker she didn’t use, as my old one died a couple of weeks ago! I’m going to be doing lots of batch cooking in it next week to fill up the freezer!

Thursday was a bit hectic for me, I dropped Athena at nursery fairly early as we were both up early (After she had very cutely ‘cleaned’ the sofa with bathroom cleaner and a cloth!) I notified her nursery that we’d have to take her down to one day a week as of May as sadly my maternity pay doesn’t cover two full days any more, much as I would love it to! She’ll be going up to the toddler room in April too, so I want her to settle in there well before dropping a day, plus it will give me and the new baby a bit more time to ourselves in the early weeks. I then came home and tidied up a bit, walked to my midwife appointment (last one before baby!) then came home to wait for the health visitor. We never had a pre-baby visit last time so was surprised to get a letter telling me she was coming this time. She was actually very nice though, didn’t seem judgemental at all and apologised for asking any awkward questions. She seemed perfectly happy about co sleeping with the aid of the Snuzpod when I showed it to her too, which was a relief. 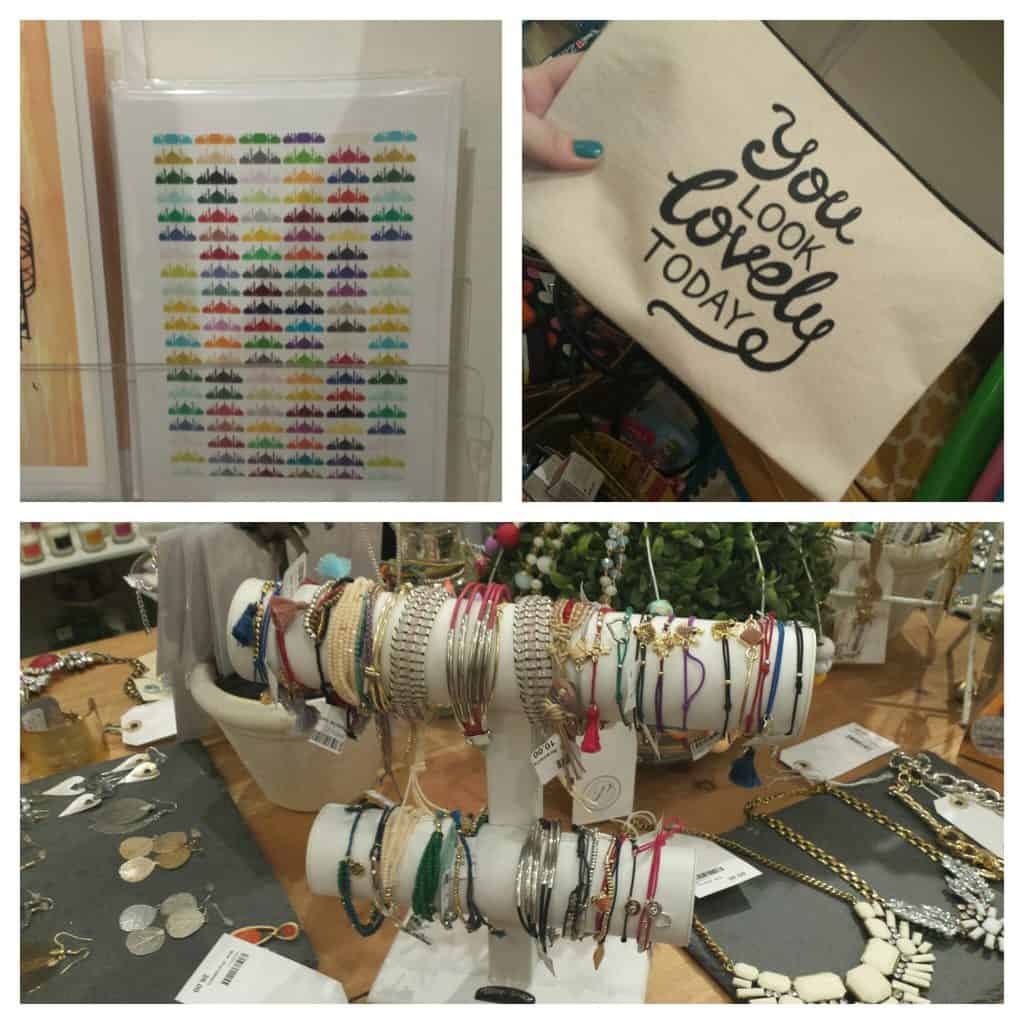 After she left I read a bit of my book then headed to Brighton to do a little but more baby shopping and because I’d been invited to the first birthday party for Present in the Laine! If you’ve not visited then you need to! They sell a gorgeous array of gifts perfect for presents for others, or yourself! Jewellery, homeware, baby clothes you name it! I bought myself a funky little thermal coffee travel mug for when the baby comes and I need to a) keep tea hot for a long time and b) not let it get spilt all over the baby or the furniture! We were also given a lovely little goody bag too, so thank you for the invite and I will be back soon to peruse the baby grows! As I’d been on my feet all day I didn’t stay long (sorry!) but headed for dinner and a milkshake at Burgers & Cocktails with Skye Carrie & Katie before heading home (almost falling asleep on the train, whoops!)

Friday therefore was a pretty chilled out day after the exertion of Thursday, my mum came over and took Athena out for a walk to the park, I didn’t get dressed at all and then spent a pretty stressful hour attempting to teach my mother how to use my old laptop as I’ve given it to her now I have a new one. Oh, there was also a green glitter glue on the kitchen ceiling and my mums face incident, but we won’t go into that! I also turned 37 weeks pregnant!

I planned to go into town with Athena on Saturday but due to Sam accidentally taking the buggy to work with him in the car meant that I didn’t, as I know the walk there, round the shops and back would be too much for Athena! Instead she treated me to a THREE hour nap, which meant I had a shower and still got two hours of nappage myself! I did manage to sort all the ‘next size up’ clothes aka sized 2-3 year out for Athena and put them into piles so I can work out what we still need, which isn’t very much due to my hoarding over the last few months! She’s not ready to go into them yet, but soon! Something that made my day was this post from Mama vs Teacher about her first blogiversary! In it she says that I was one of the blogs she was reading that spurred her on to start her own, which is just awesome to read and really shows the power of blogging if you ask me!

So this week was a good one, another week closer to having a baby instead of a bump and no scares for me or bump either unlike last week! I managed to finish two books and sadly we watched the last ever episode of The Mentalist too, so we’re on the hunt for a new series to start! Oh, and Athena seems to be more herself and has her normal appetite back too and has been sleeping through again the last few days, hurrah!

Hoping everyone had a good week too, and kudos if you actually managed to read all of this, it seems epic even though it wasn’t that eventful! Oh, and if anyone is interested in guest posting for me when I have my hands full with the new baby please just email or tweet me to let me know, any subject goes!

Oh, and I made a new page to list all the competitions that I currently have running, as I seem to have a few at the moment