This week has been a mixed bag of being tired, being hungry and not getting very much done, oh well! 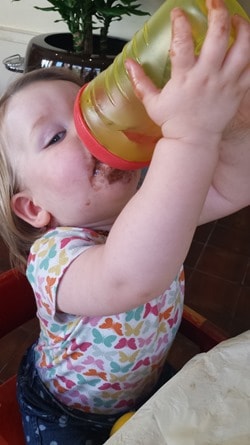 Monday was a lovely day, I had a meeting to do some filming for a potential new TV show (I won’t be in it, I was just helping them with some research, so not as exciting as it could be!) and Athena got a tour of all the offices etc because she kept running in front of the camera and needed to be kept busy! After that met Donna and her two children for a leisurely lunch (in which a lot of food got thrown on the floor, mostly by the kids, well, by mine) Athena ate most of my chocolate truffle desert and then off we headed to the kids park at The Level. Athena fell asleep on the way there and woke up just as we were about to leave, but Donnas two loved it, riding the sheep and climbing up and sliding down the grassy banks! I baked some flapjack when I got home then attempted to get through my mountain of emails, and started to write a packing list for my holiday (less than 2 weeks!) 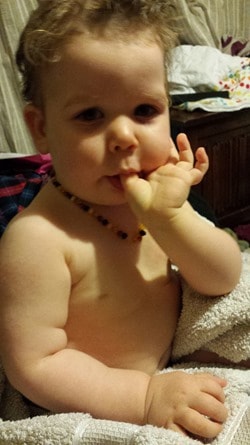 Tuesday to Thursday were boring work days, although as Sam was away for work for a couple of days he wasn’t around to do the nursery run which is normally a glorious thing he does when he can so I don’t have to drop her off early enough for her to have breakfast, as it means I have to sit at the train station for 20 minutes in the cold. I was also attempting to keep Athena up ten minutes later each night till we got to an hour later on Saturday night, and those ten minutes each night seemed like an hour! It doesn’t help that she has a sore throat and snotty nose either, she’d probably prefer to be asleep earlier!

On Thursday I was over on Nicki’s blog ‘On the changing mat’ sharing some parenting experience and wisdom. She invites a different mum over each week to answer some questions and share their experience of parenthood. She has a 6 month old herself too! I’m not even sure how Nicki and I became twitter friends but we have been since long before either of us was ever pregnant! 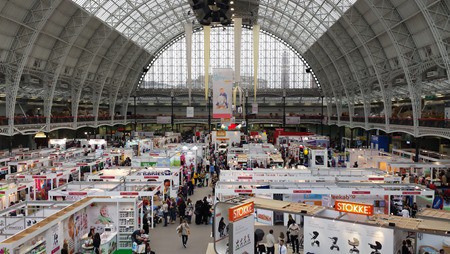 Friday was great, a day at The Baby Show with Chelle and lots of other bloggers, including The Mummy Adventure, My Buggy Junction & Mummy is a Gadget Geek to name a few! I spent some time playing with the gorgeous new Stokke A/W range, chatted to the lovely folks at MumKind (who very kindly re-supplied me with their  ‘Water Our Way’ to keep me going at work) and also stopped by the Bravado and Medela stands, amongst others! I came home with a bag full of catalogues and magazines to make my way through too! I regret making the decision to drive to London, although it was heaps cheaper than a peak time train ticket it took forever to get there, and London drivers are worse than Brighton ones! Half way there I also realised we’d not got the child lock on the side of the car Athena’s seat had recently moved to, which result in a quick stop to fix that, whoops! By the time we got home Athena was all refreshed from a nice car nap and ready to play, whereas I needed a nap myself! Luckily Sam bought me sausage and chips home so I didn’t have to think about cooking! I posted about month four of pregnancy too.

Saturday was a ‘catch up on what I didn’t do during the week but actually don’t manage to get much done’ day. Everyone has those right? I did manage to list some bits on ebay though. I was super pleased to see The Parent Trap (the original one, obviously!) on TV so introduced Athena to that! I swapped Athena clothes for the next size up (18-24 months!) and my maternity Parka came in the post too, as well as a Superdrug order with lots of radox in it (and some maternity pads, how organised am I!?) so a lovely bath was had after I put Athena to bed! I did get a post up that was both fun and cathartic to write: What pisses me off about the general public, please read it and let me know if you agree!

Today will be a park/walk on the beach day, possibly twice depending on whether Sam gets back from work before it gets dark! I might even bake something if I can be bothered.

Happy Sunday, hope you all enjoyed the extra hour, however you spent it!

Linking up with Hannah’s TWTWC