I’m patting myself on the back with these ‘Stuff on a Sunday’ posts, it’s nice to sit and think about the week just gone and have a bit of a visual diary of the week to look back on! This week has been more hectic than most for us, Monday was our second wedding anniversary, and our 20 week scan!

Tuesday was a boring work day for me, Sam had his only day off of the week and luckily for him I was at work and Athena was at nursery so he had a nice lazy day at home alone, I was a little jealous! He did some washing though so I can’t complain!

Wednesday was a BIG DAY for me, after work I had 15 inches of hair chopped off by the lovely people at Shine to donate to Little princess trust to be made into a wig for a child who needs one. I’ll have a full post up this week but you can see the before/why post here. 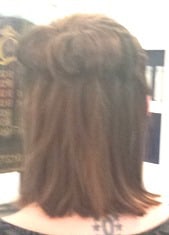 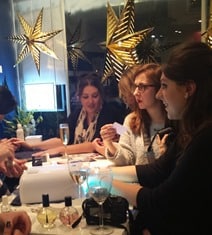 Thursday at work was mostly spent touching my hair and having a chilly neck, then after work I met up with Lilla, Sophie, Leah & Jessica for drinks at the Black Rabbit before heading to Queen Hair & Beauty for a night of pampering, the salon is situated in the Lanes, just round the corner from the town hall.  They’ve only recently opened and provide a full range of hair and beauty services (full list here) along with a training studio too. We were treated to sweet nibbles, gel manicures & ‘up dos’. I must admit I didn’t volunteer my hair like I would normally when it was so long but she actually managed to put it up nicely with a sort of sideways French pleat, I was so surprised! It was also the first time I’d ever had gel nails too, I chose also sparkly mauve/pink and am interested to see if they last the three weeks!  My nails grow so fast that I’ll have ridiculous regrowth by then if they do! They’re so much better for you than acrylics though, I had them for two years and they ruined my nails! We were sent on our merry way with a lovely good bag (organised by Lindsay, thank you!) and a toiletries case from local designer Victoria Green.  More of her gorgeous designs are below, and thanks to Sophie for the photo! 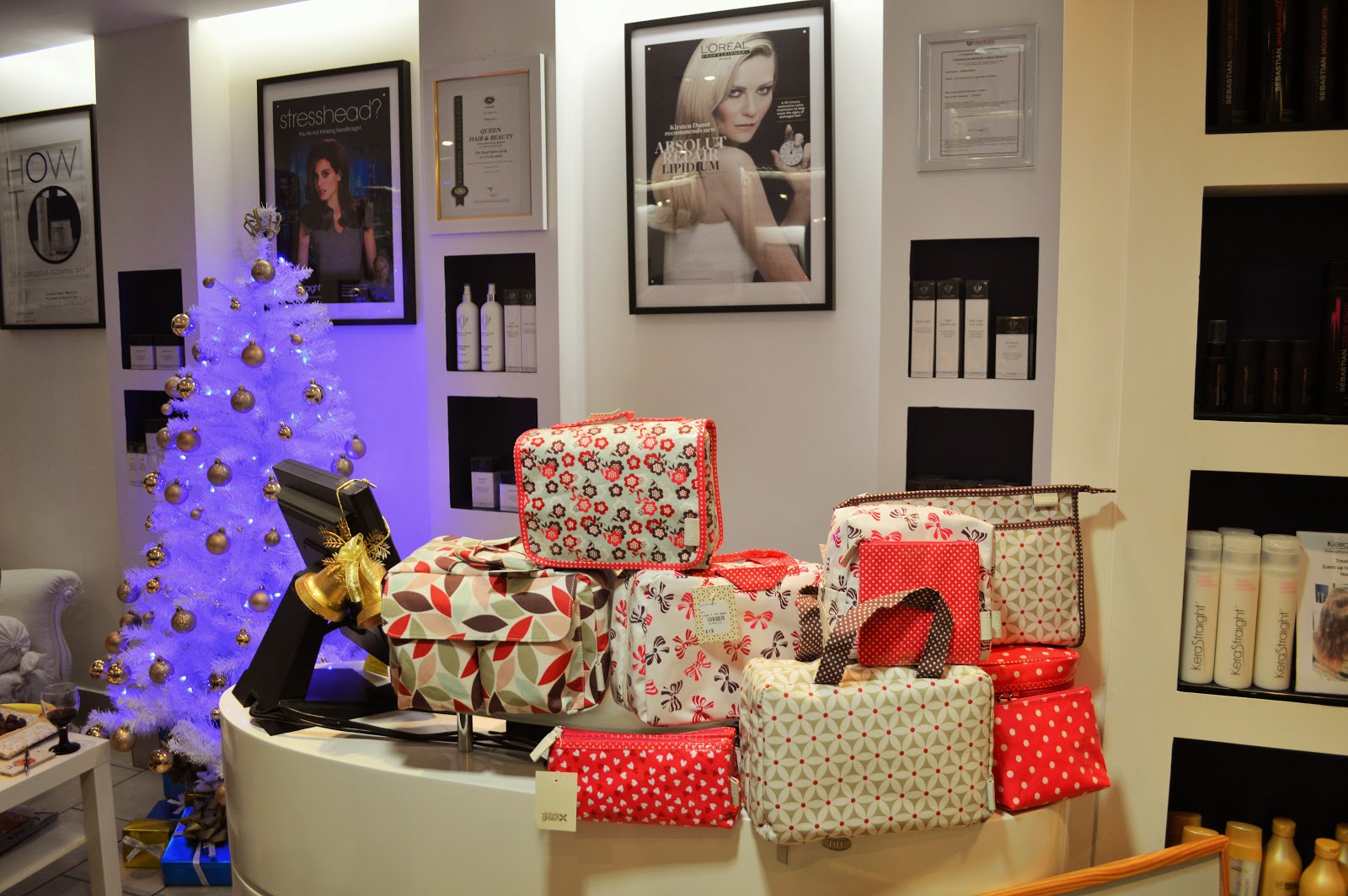 Friday was a quiet ‘recover from the week’ sort of day, but we did have a special trip to the park… no buggy or baby carrier!  Athena did it all on foot! I took some lovely photos too so I’ll do a separate post soon. Oh, and I also bought some Christmas baubles when I did the food shop! 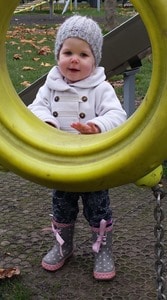 Saturday was a lovely day, Athena and I spent the day strolling round Brighton with Skye (though Athena was in the buggy not on foot!) Doing a little Christmas shopping and a few other errands with a couple of drink breaks! Sam then picked Athena and I up and we headed to the Marina for dinner at Blue Mango, which was the first time we’d taken Athena for an Indian meal! I’ll be writing a review soon too. We got home much later than a certain someone’s bedtime so that meant that…

Sunday started with a lie in! Athena woke up around 9 am and sat happily with me in bed till gone 10am, admittedly with the lure of Cbeebies (whilst I read my kindle) and then later today the plan is to get started on making some Christmas cards now I’m finally feeling a little  bit festive!

I published my first Festive Gift Guide, the man edition! There is an amazing competition too to win a personalised copy of ‘The Book of Everyone’. I have LOTS more gift guides coming in the next few weeks too!

I hope everyone else has had a wonderful week this week! As always I am linking up to Hannah’s #TWTWC, good luck with the move ‘oop norf’ Hannah!