This past week has been pretty nice, the weather was gorgeous on Wednesday which was one of my two days with the sproggles, we went to the beach and had a play in the park (my feet got buried in sand) and then my mum came over to look after the kids for the afternoon and I took my laptop to the pub and got on with some work! Arlo was sick on Tuesday night though, in the middle of the night he just sat bolt upright and vomited his dinner all over the place, then up came the water he had and then when there was nothing left he was still trying to be sick, poor little thing, so two changes of clothes and one set of bed sheets later he nodded off again and thankfully was okay all of Wednesday, only to throw up all over me as I got him down from the table after dinner! I did take a picture to show Sam what he was missing out on as he was up in Birmingham for a meeting but I won’t share it with the world. I couldn’t face doing another load of sicky washing so I just chucked everything he and I were wearing in the bin, good excuse for some new PJs! He’s been fine ever since then thankfully and didn’t pass whatever it was on to Athena, phew! 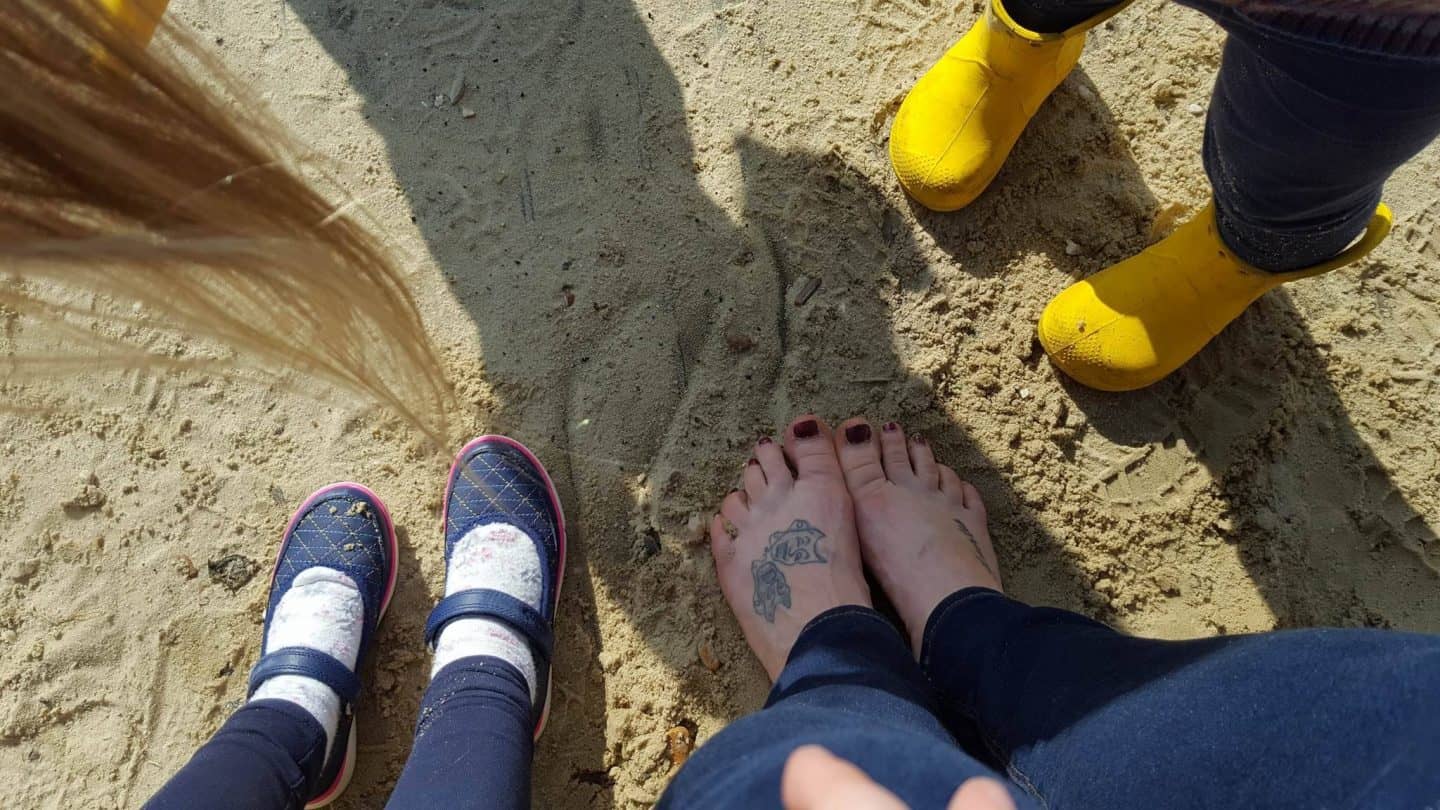 Athena gave herself another fat lip at preschool, falling off some little stilt things face first, thankfully kids seem to heal at a rate of knots so her scabby lip has almost gone now! She also had a little pal over on Tuesday for a play date, which I think makes three weeks in a row! 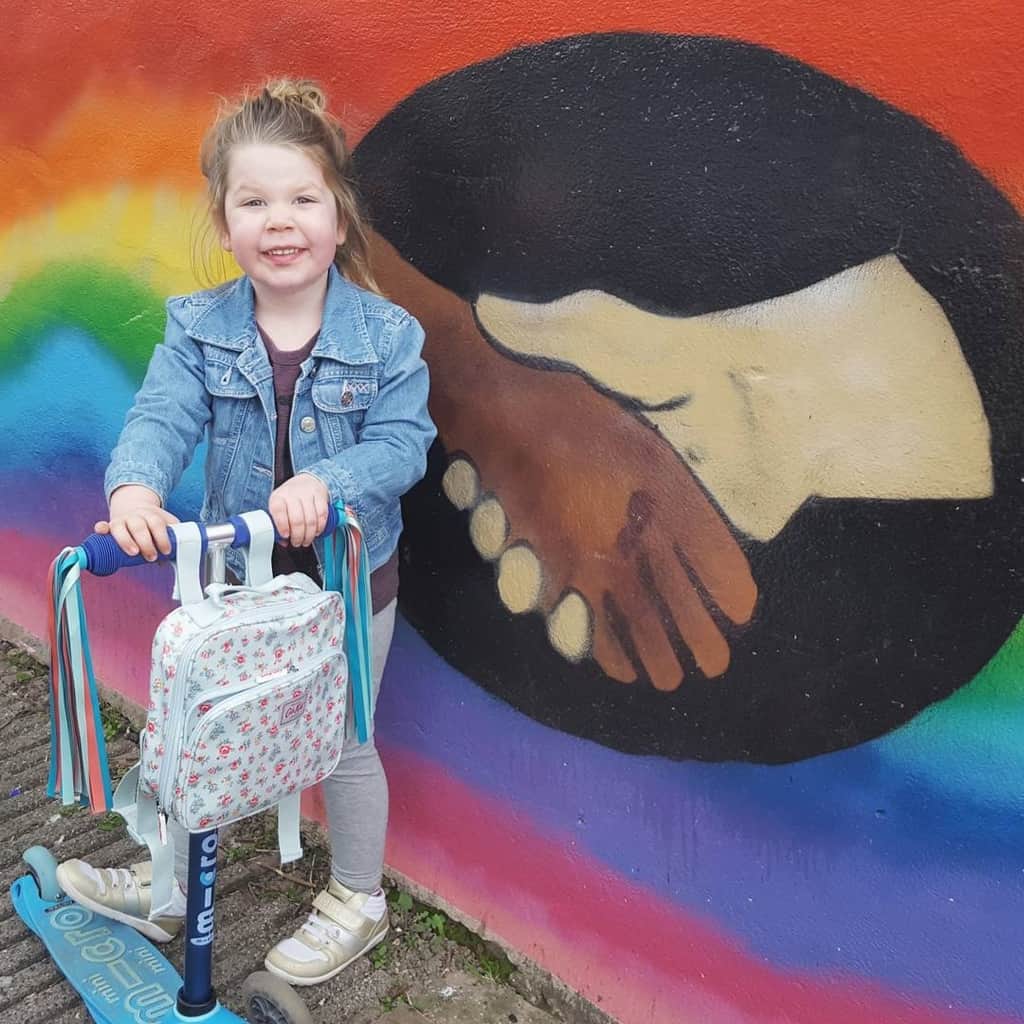 On Friday we met Kate and her little guy T (who’s the same age as Arlo give or take a week or two) and strolled along the seafront having a good old catch up whilst the kids picked up stones, got in peoples way and attempted to gain access to the building site to play with the diggers (okay, the last two were Arlo, little grotbag) We reached the park at exactly the same time that the temperature plummeted but the kids didn’t seem perturbed and carried on playing till Kate and I decided that a hot drink and lunch was a good idea! We ate at a VERY kid friendly little cafe called Bucket & Spade, with kids cutlery, a patient waiter and giant chalks to draw all over the table with, good job! Plus a gigantic salad for me!  When we got home we helped (haha, hindered more like) Sam pack for his holiday!

Saturday was super lazy (almost three hours nap from Athena, shame Arlo didn’t follow suit) only leaving the house to look at the passing steam train outside, which we could have watched from the window but I thought we should actually get outside for ten minutes of fresh air! Once the sprogs were in bed I had a good look through all the gorgeous #5MinutesPeace photos to pick my favourite four from the past couple of weeks, and I couldn’t help but pick out some floral, spring-like images!

From top left clockwise: MrsLighty1504 – All things Spliced / OverDressedDaughters / A Rush of Love / NotaFrumpyMum. You can join in by tagging any image that captures some precious ‘me time’ with #5MinutesPeace and Donna and I will pop along and like/comment and pick some to share! 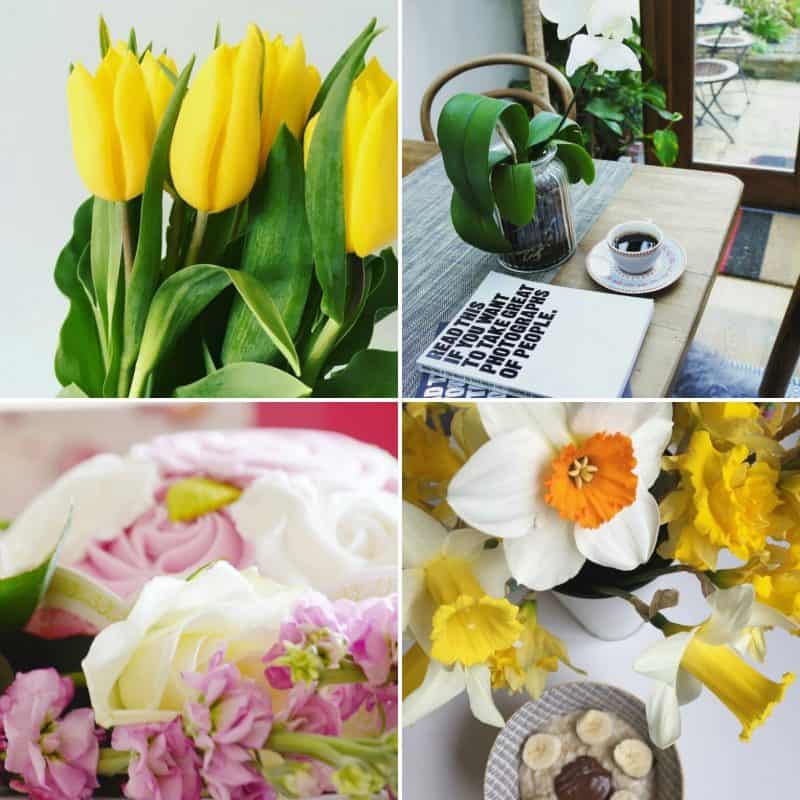 Okay! Onto this weeks #LittleLoves… (I’ve had to get rid of Made & Wore as I have nothing to report!)

This week I finally finished my ‘bathroom book’ (aka the thing I read in the bath!) which was A Night to Remember, the Titanic biography, my friend Paul sent it to me for my birthday after finding out I hadn’t read it yet and love anything Titanic-y! Last week I also finished The Hidden Legacy by GJ Minett, who was actually my head of sixth form when I was at college! For a first novel I was really impressed, though it was pretty long I didn’t lose interest!

This week I watched the last episode of the replacement on BBC which was captivating! I also started watching ‘The Clique’ which is a bit weird but also quite good at keeping my attention, its about two friends who go to uni but fall out… there’s more to it that that though! I also watched a series on Netflix called ‘The Principal’ which was like a gritty version of Heartbreak High with an added murder. Does anyone remember Heartbreak high? I loved that!

I’ve listened to a few podcasts this week, there was also a new ‘All killa no filla’ podcast which is all about serial killers but it’s presented by two female comedians and his HILARIOUS!

Sam has flown off to Austria for a snowboarding trip with friends so it’s just me and the tiny terrors for the next week! Please cross your fingers that the big one won’t burst into emotional tears every two hours and that the little one take less than an hour to get to sleep each night, so I can actually survive the week, because I’m still keeping up with Slimming World and am not eating chocolate as I know I can’t just eat a little bit at a time!