Well Hi! A bumper catchy up post from me as I’ve not done a Sunday Scrapbook in a couple of weeks, much to my own annoyance! But I wasn’t annoyed enough to miss out on precious sleep to write one so there we go. This blinking weather would be gorgeous if I was on holiday and didn’t have to get on with the daily grind of general life but I do, so it’s not. It’s hot, sticky and humid and it gives me a headache more often than not! I’ve still been feeling pretty ‘everything is getting on top of me’ for the past couple of weeks, though I do feel like perhaps I am not doing enough to help myself. Scrap that, no perhaps about it, I am definitely not doing enough to look after myself. Not enough sleep, definitely not eating right and definitely not enough designated downtime! I have been reading a tonne of books recently which has helped me to switch off a bit, though I often read late into the night which is daft when I am already tired! I also need to watch less TV, or rather less TV when I am meant to be working, as it slows my work down and I miss vital snippets of info from the shows and lose track of what’s happening! So I am having a TV free few nights a week when Sam is working to bang through work properly and without distraction. 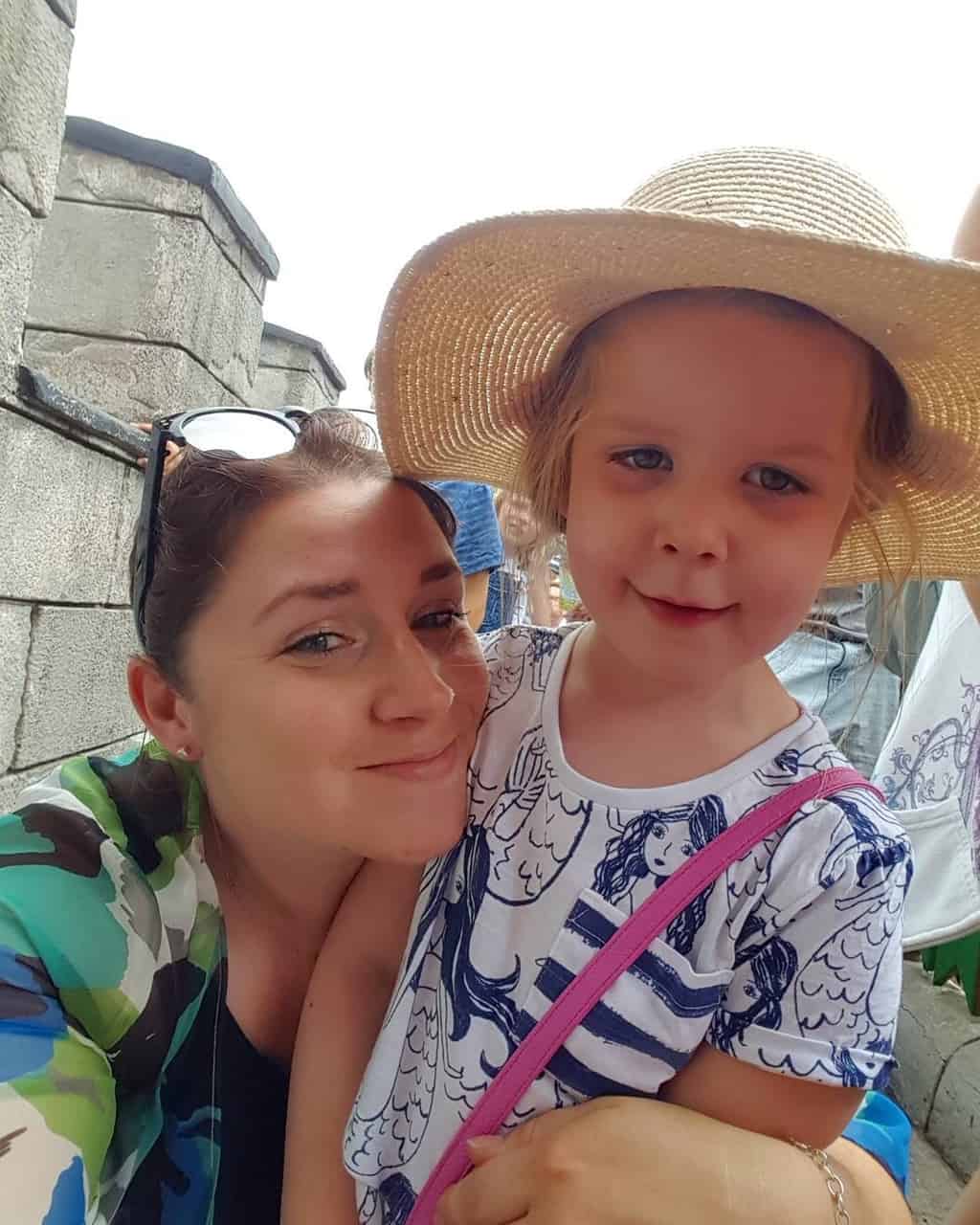 In my last Sunday Scrapbook post I said that I was worried about the abnormal smear test results and was going for a colposcopy, which I had a week and a half ago. I am still waiting on the result of the cells that were taken, but the procedure itself was uncomfortable but not horrifically painful. She popped a local anaesthetic up there before she got down to the business of burning the cells away during the Lletz procedure, but 11 days later I am still bleeding though the period-type pains stopped mostly after a few days. I am going to try and write up a post about the experience in case it helps anyone else who needs to have one. Anyway since then Athena has had two settling in sort of sessions at her new school, and she can’t wait to start! Sam took her to the first one as it was at the same time as my hospital appointment, and then I took her to the next one, the school seems lovely and she’s come out happy and smiling from both sessions and in a few weeks she’ll be going in wearing her uniform! 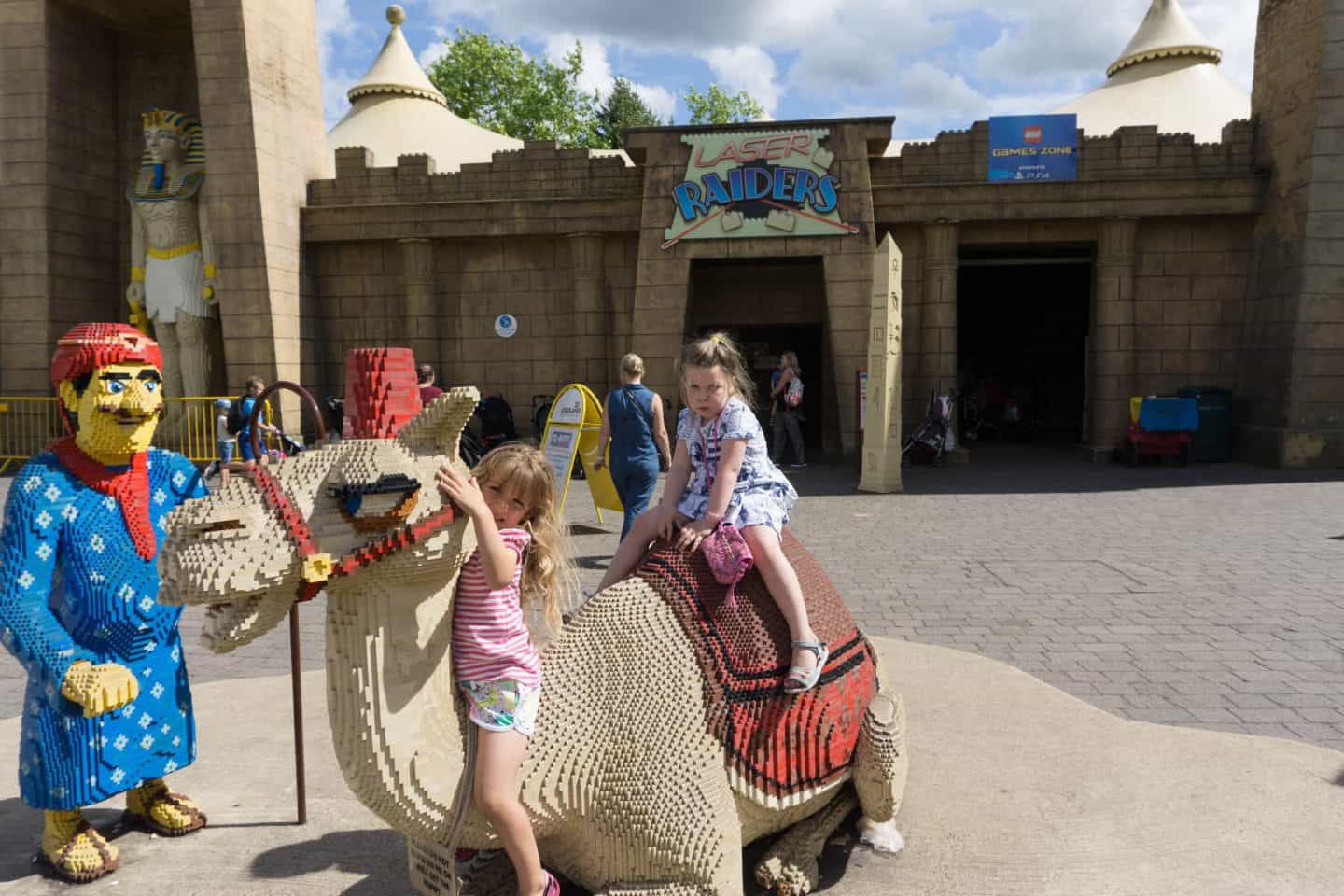 On Monday just gone we went to Legoland for the day with friends. I couldn’t believe how big it was, I last went in ’96 when it was VERY new and not that big at all! I see why the entrance prices are so expensive now, though we used a Kelloggs voucher to get one of us in for free! We strapped the GoPro to the kids for some of it so I will try and get a little video together for a blog post, if I can find the time! We had a wonderful day though (despite Athena’s face in the picture above) and I’m glad we went before the school holidays started as it was already fairly busy. We left right at the end of the day, both kids slept all the way home (shame they didn’t on the way there, they were both sick and we had to stop at Sainsbury’s to buy new outfits!) and they’ve both been nattering on about Legoland to anyone who will listen since!

She fell over. He whinged through the play. She wiggled. He hit her with his sword. She retaliated. He cried on the train because I wouldn't let him sit in the luggage rack. She cried because I wouldn't let her play with the squeaky seat table that folds down. He cried because we didn't get off at a stop that wasn't ours. I wanted to cry because we weren't in the right carriage so had to fold the buggy and walk up the train. He fell over. He cried. I put a plaster on he cried more. I took it off. He went to bed and bled all over his duvet. He fell asleep. I opened a bottle of wine. Tuesday can go fuck itself. Good thing they're cute I suppose.

This past week Athena and Arlo have both injured themselves fairly badly, Athena twice in fact! On Tuesday Arlo fell pretty badly giving himself a scabby knee and bruises on both legs. He screamed bloody murder and demanded a plaster, which I gave him. Then he screamed bloody murder till I took it off as he didn’t like it! It was the perfect end to an already blimming stressful day!

Then on Wednesday my mum took the pair of them to the park so I could have a bit of time to get washing done and some emails without interruption, but that was cut short as they arrived home flustered (my mum) and wailing (Athena) as she’d somehow got her knee caught under between the roundabout and the ground at the park, and couldn’t get it out. Some other mums helped to prise it up enough for my mum to wiggle her leg out but it was really swollen and bruised. Thankfully after half an hour with an ice pack, it went down a lot and she can walk on it fine thankfully! I reported the incident to the local park department at the council as did a few other mums who were there, which was especially lovely as they didn’t know Athena but were so worried about it being dangerous after seeing what happened. I only found out they had done after I posted a thanks to the anonymous helpers for supporting my mum and one for driving her and the kids back home, and got chatting about it. So the council have now fenced off the offending roundabout, which is probably as old as I am! Hopefully, it will be replaced with a safer one! So anyway on Friday she fell off her scooter, or rather onto it and clonked her forehead on the handlebar so has a nice lump there too! Give me strength! I think the heat doesn’t help much either, we’re all tired and groggy, thankfully the heat doesn’t affect Athena’s sleep but sadly the same can’t be said for Arlo! 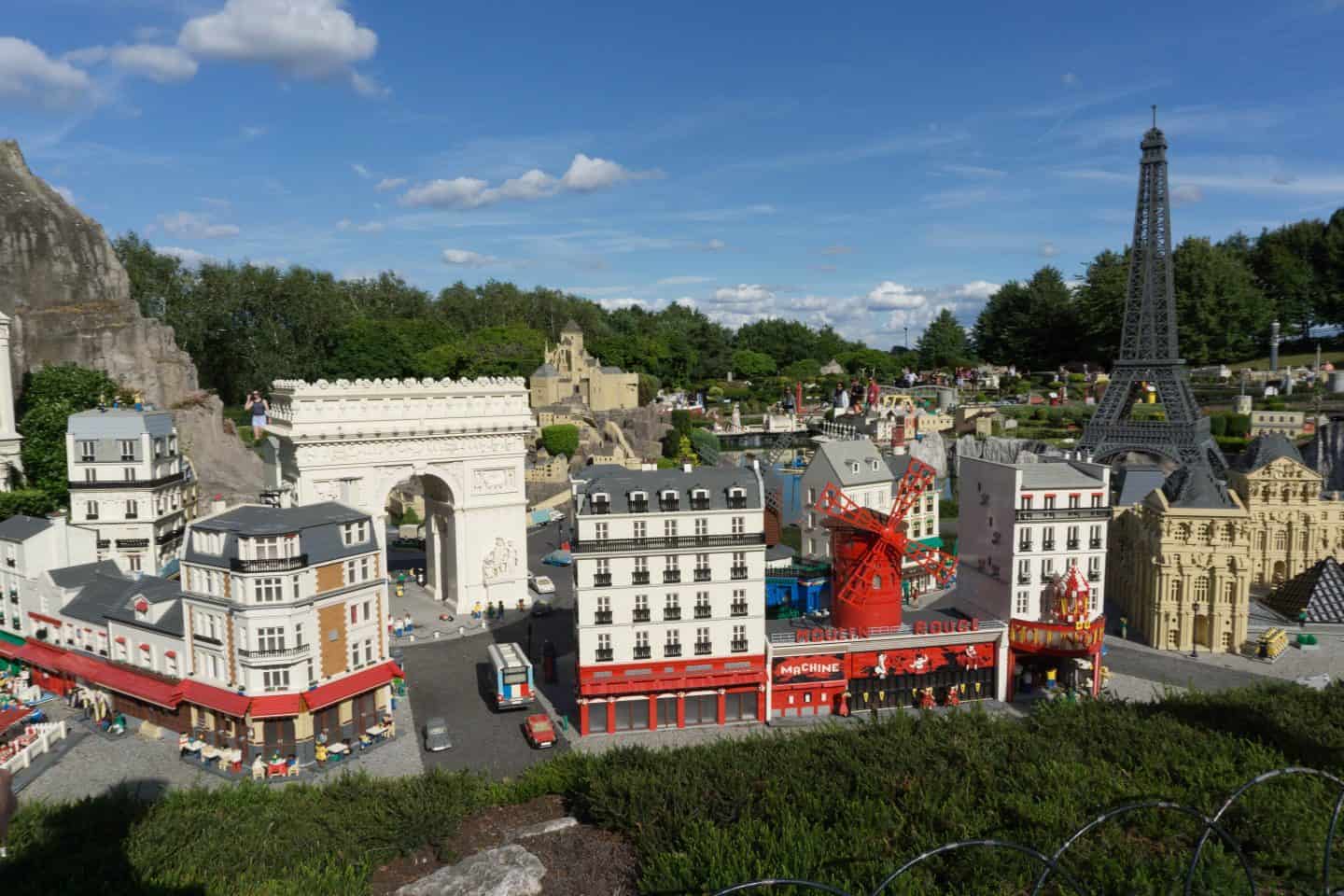 On Saturday we spend the morning in the woods with friends, having a picnic and not doing much else! I took the three kids for a stroll around the woods, which also double as an airsoft area, so there are loads of bunkers, shelters and dens to explore. Sadly they were all too short and scared to get on the tyre swing we discovered, so I had a go!

We have zero plans for the day, so it’ll either be a beach trip or a park trip or maybe even both depending on how much energy we’ve got!