Ahhh, Half term is over and we’re back to normality tomorrow with school runs and swimming lessons! The week has gone so fast but that’s probably because we stuffed it full of fun, friends and time outdoors. The kids have mostly worn their spookiest clothes for the week too, which has been fun! 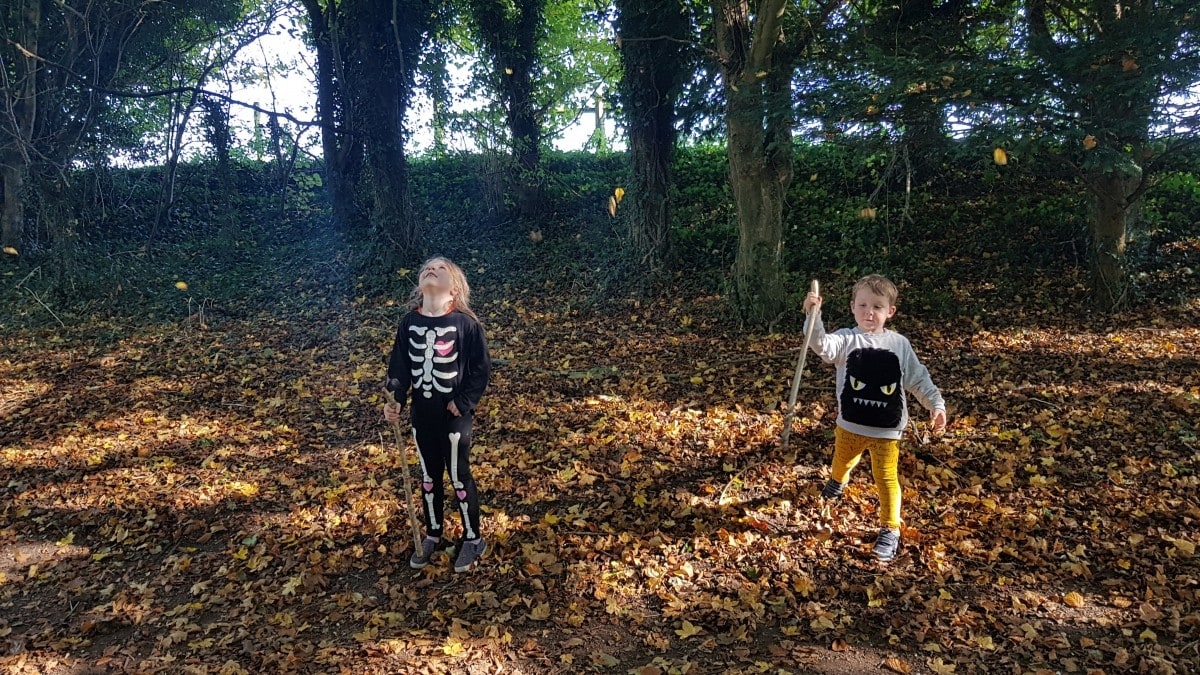 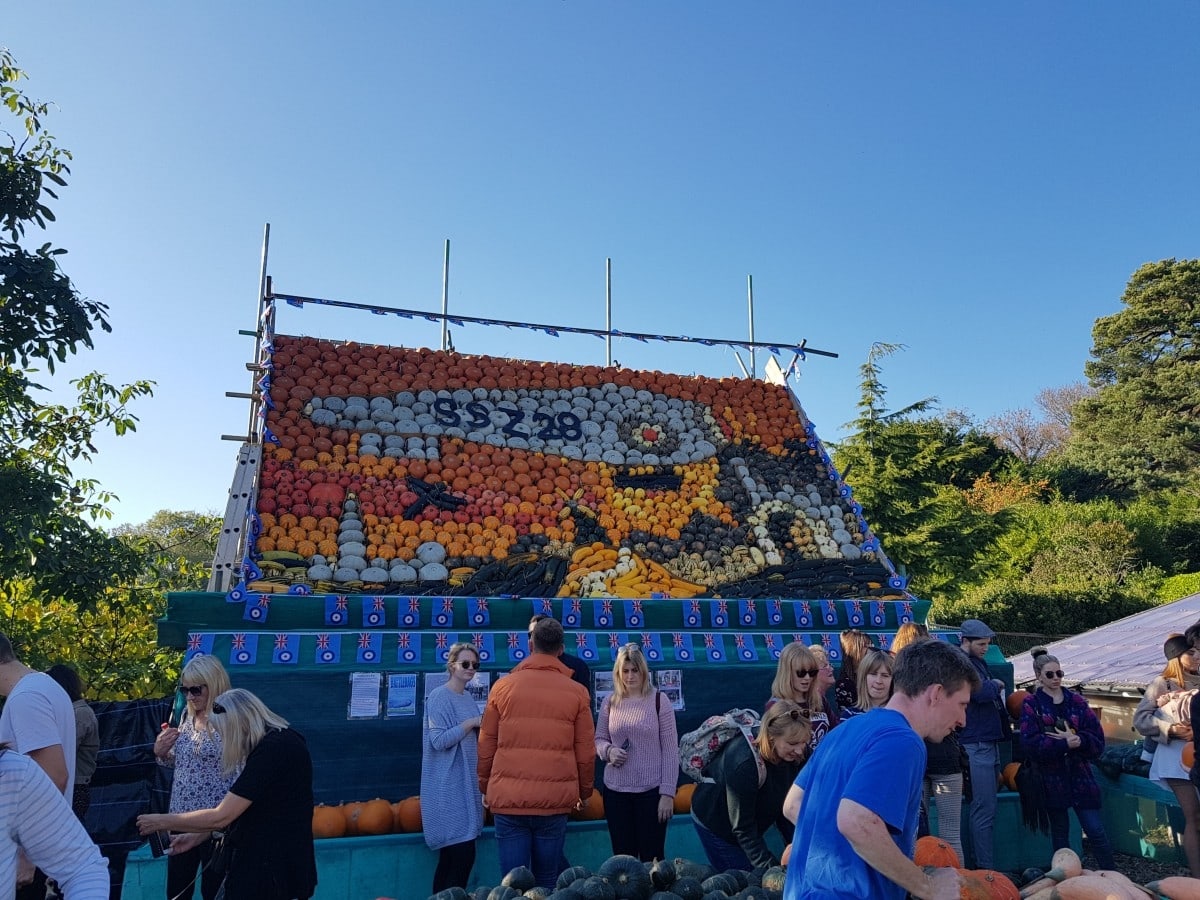 Last Saturday the kids and I headed into town, saw a brass band, looked round the museum and had pudding for lunch at Kaspas with friends. On Sunday we went for a long country walk, picked up some pumpkins from Slindon Pumpkins as we do every year, although as I write this a week later they’re still sat in a tower in our bathroom on top of the giant pumpkin that Sam was given by one of his driving students! 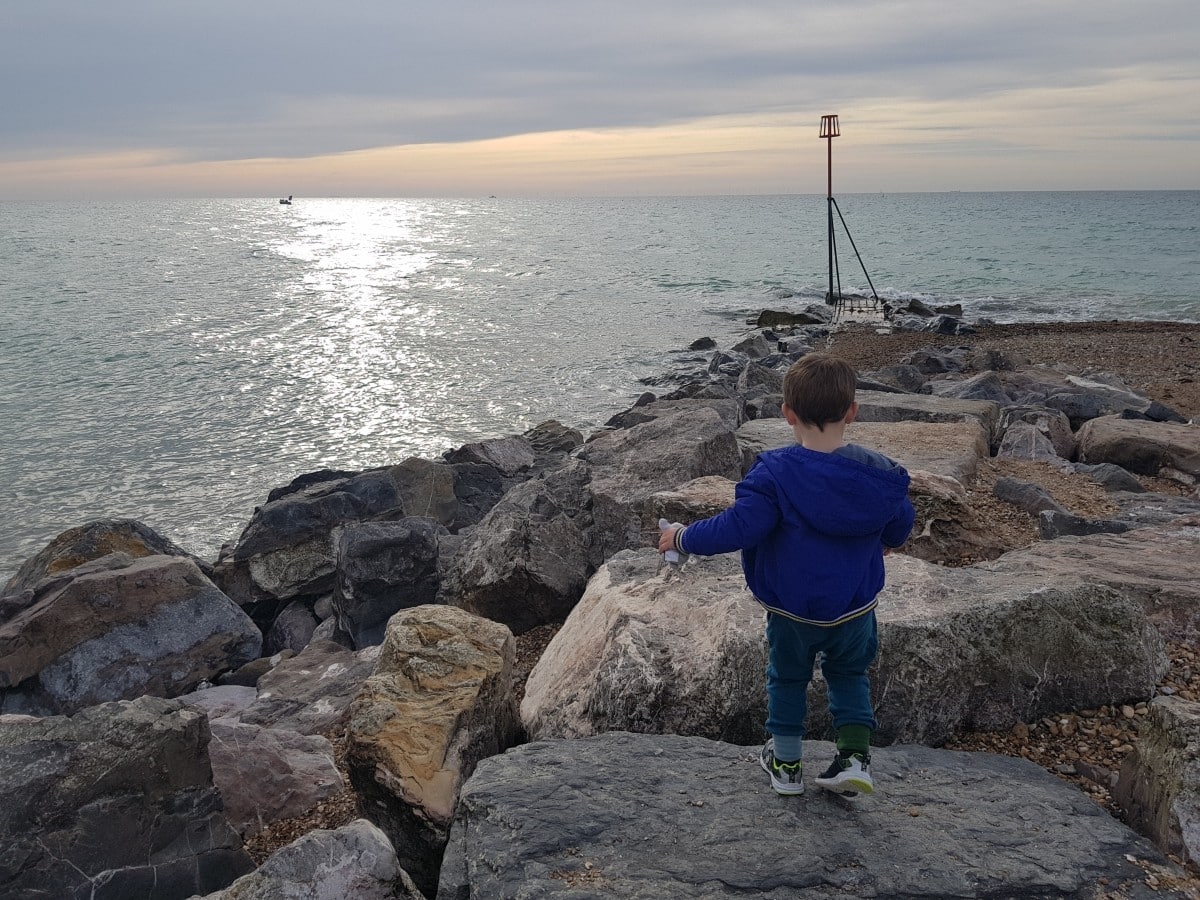 On Monday the kids were at the child minders for the day, I worked my socks off so I wouldn’t have to be on my laptop much in the day for the rest of the week (I did a lot of evening work though!) then on Tuesday we had a morning at the beach, which had a really eerie light at ten am, it was more like dusk! We had cake, tea, hot chocolate and chats with friends and their energetic but very cute puppies! We spent the afternoon at home doing colouring and watching Super Monsters on Netflix, which the kids are obsessed with! Wednesday was a lazy morning with friends over for art and cookie decorating in the afternoon. There is now a LOT of glitter all over my kitchen floor, table and carpets, but they had fun so it wasn’t so bad really. 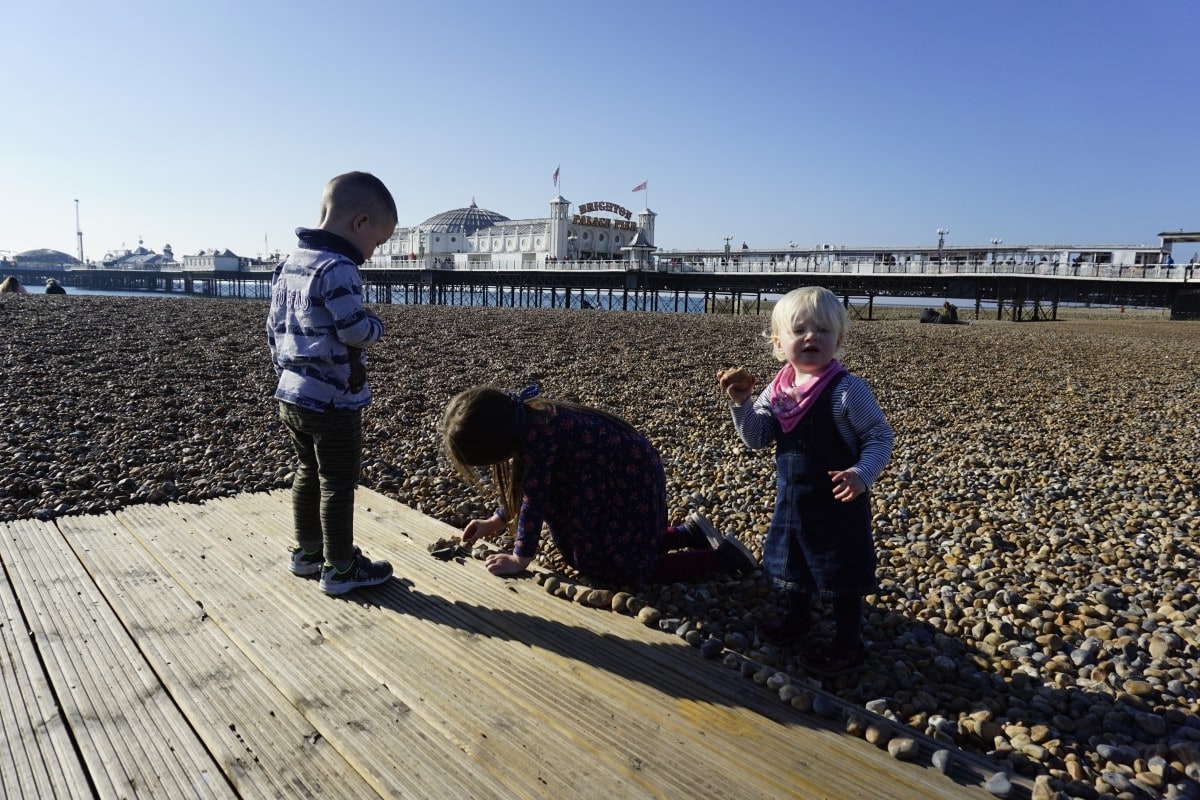 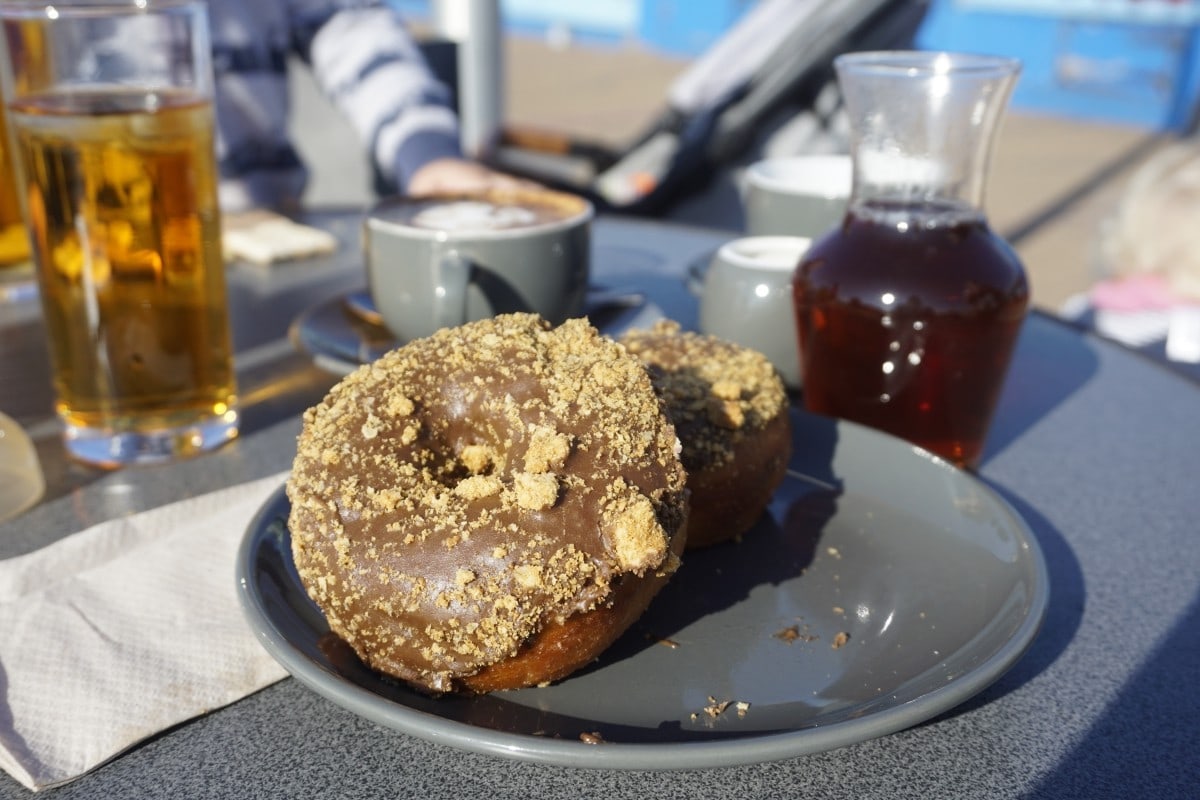 On Thursday we headed into Brighton to visit the Sealife Centre and their ‘Ascarium’, with a few spooky things dotted around the find to make a witches potion that the kids enjoyed looking out for! It’s on till the 4th November if you’re local. We went with Lyndsay and her two girls, and it was the first time we’d met beautiful little Pearl! After we had out fill of fish we had a very delicious donut and tea out on the seafront where the kids played coatless with the pebbles – probably for the last time this year as we’re now very firmly in coats! In the afternoon we spent a few lovely hours with Chelle and her three kids – who kept my two entertained with dressing up, lego and drawing on windows! That meant Chelle and I could catch up and chat properly and it was just a really chilled out day. 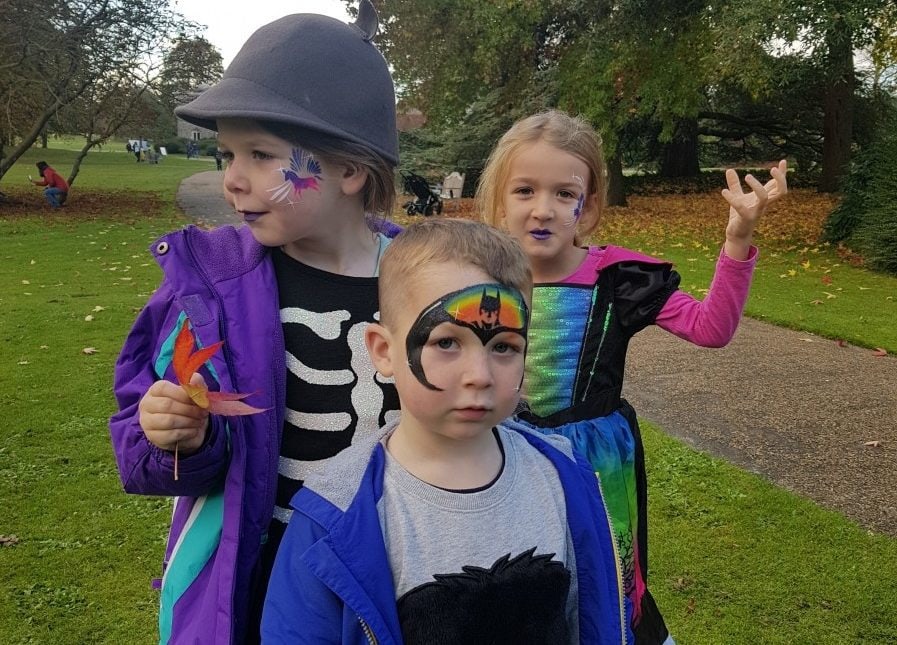 Friday was another long walk around the very autumnal West Dean Gardens with friends, but I took some really nice pictures so i’ll put them in a separate post soon I think. We then had a long, late lunch with lots of ice cream afterwards! 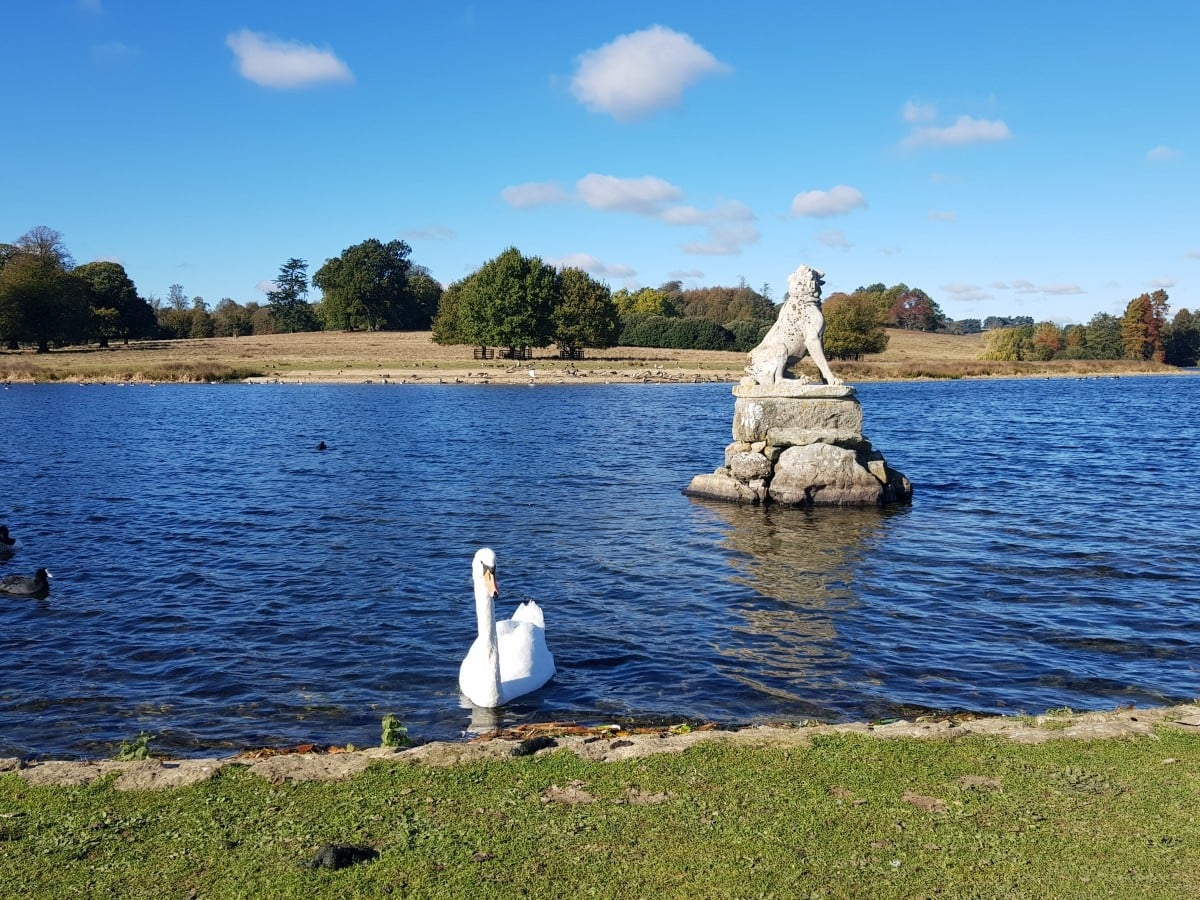 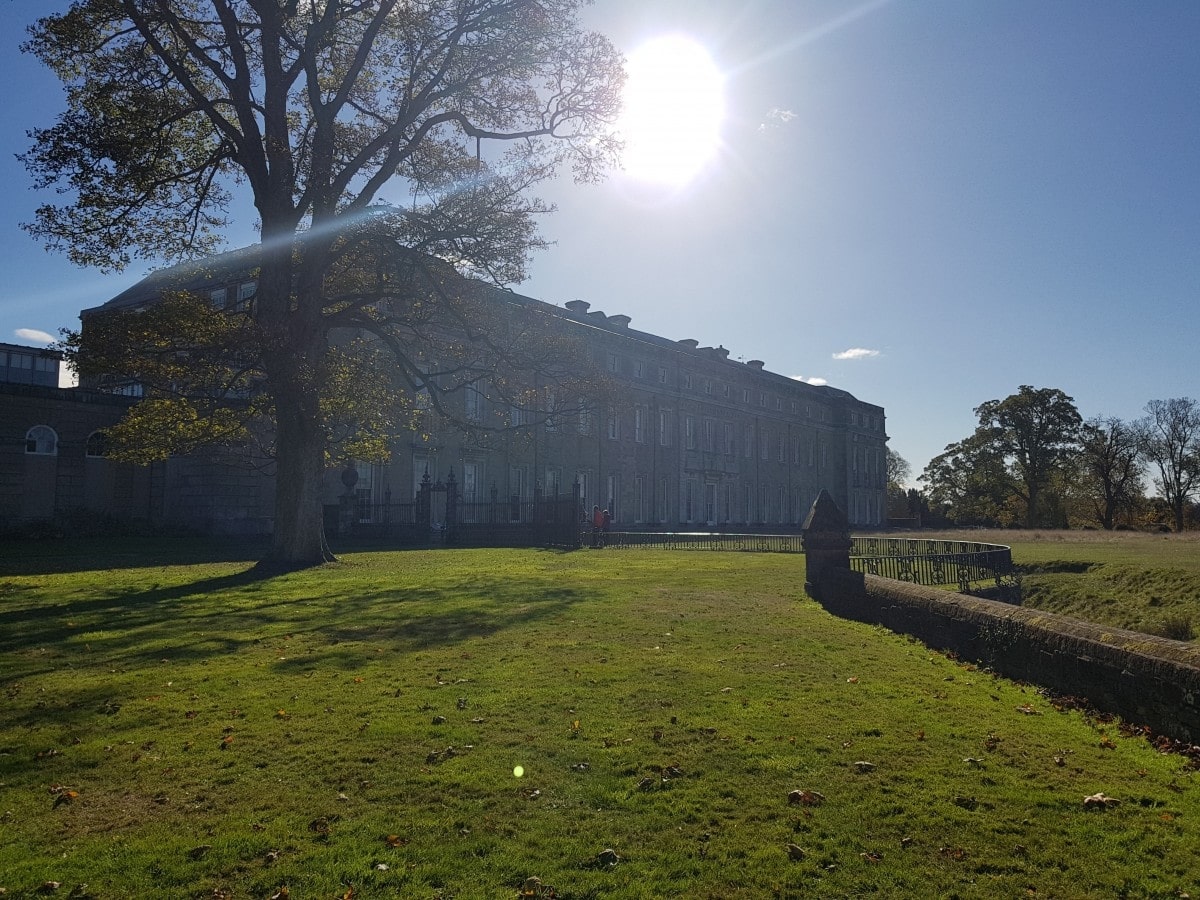 On Saturday we visited Petworth House and Gardens with my mum, which is a national trust property fairly close to us. The kids loved spotting the bats that had been placed inside the house, which meant that my mum and I could actually look around the house, admire the statues and paintings whilst they were occupied on a bat hunt! The gardens there are lovely at this time of year too! On Saturday night we headed into Littlehampton for dinner with friends and their bonfire procession and fireworks, though it was all quite late and the kids were tired from our walk earlier in the day, but it did mean that they slept in today to coincide with the clocks going back, hurrah! 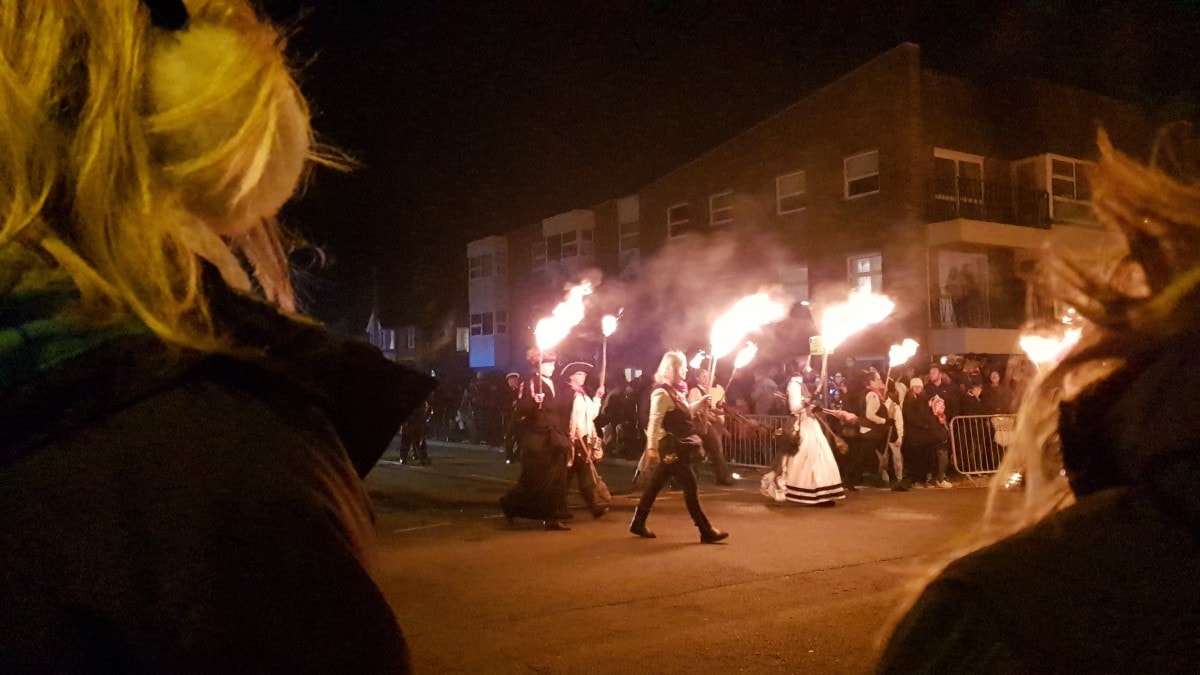 Today we headed off to Hove to see Andy and the Oddsocks after winning a giveaway for family tickets, and it was so much fun! Like a rock band with songs specifically for kids, with some giant inflatable footballs being flung about for good measure! The gig was at The Old Market – a venue I’ve not been to in about ten years probably, and always for much more raucous gigs than this one! Donna and her family were at the gig too and we’d made plans to go for lunch after the show, and it was a lovely long lazy lunch with a roast dinner with the biggest yorkie perched on top of it! Perfect end to a pretty ace half term. 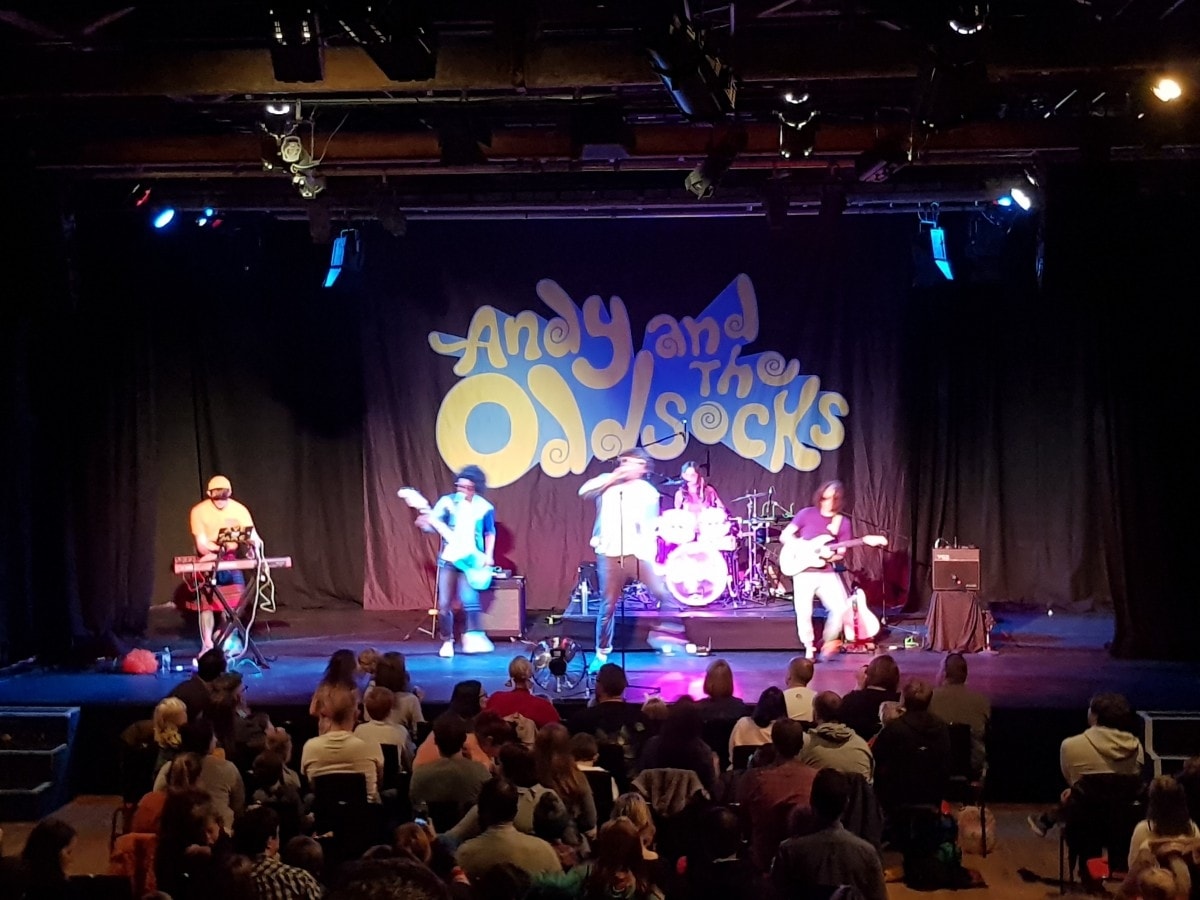 I hope everyone else had a great break from school, or if you’re about to start your winter break then make the most of it before it’s too cold to spend time outside!