Okay, Half term being no fun at all might be a little dramatic but I do feel like I’ve let the kids down a fair bit this half term as I was ill for a few days and in bed and then since then have just got so tired really easily and needed a few nana-naps. I think all the sleep has done me the world of good though as I am feeling a lot better now, it’s just a shame it’s coinciding with the end of the holidays and not the start!

After a weekend of doing not a lot at all at the start of the holidays bar a trip to soft-play with Sam, the kids were more than ready for an afternoon out on Monday. We headed to the cinema to see Lego Movie 2 which was actually pretty entertaining, even if the cinema was full of tiny children munching on popcorn and asking their parents questions about the film… Arlo was joining in too with the questions, as well as moving from his chair, to Sam’s lap, to my lap and back to his chair via Athena’s. But we all enjoyed it and then we headed off to Kaspars dessert restaurant (if you can call a place that only sells puddings a restaurant, I’m not sure?!) which was thankfully pretty empty has Arlo had about a quarter of his already-halved portion of waffle and ice cream and started going absolutely crackers! Leaping around the place, sliding on and off the leatherette bench seats, trying to break dance… thankfully by this point there was just one other table in and of of their many kids had just been sick due to over-consumption of pudding so we didn’t feel too bad! We also lost Arlo’s ‘little Penguin’ cuddly toy that he’s had forever, in fact I bought it before I was even pregnant with him because I liked it, it’s actually a hanging christmas tree decoration! He was pretty upset, understandably! 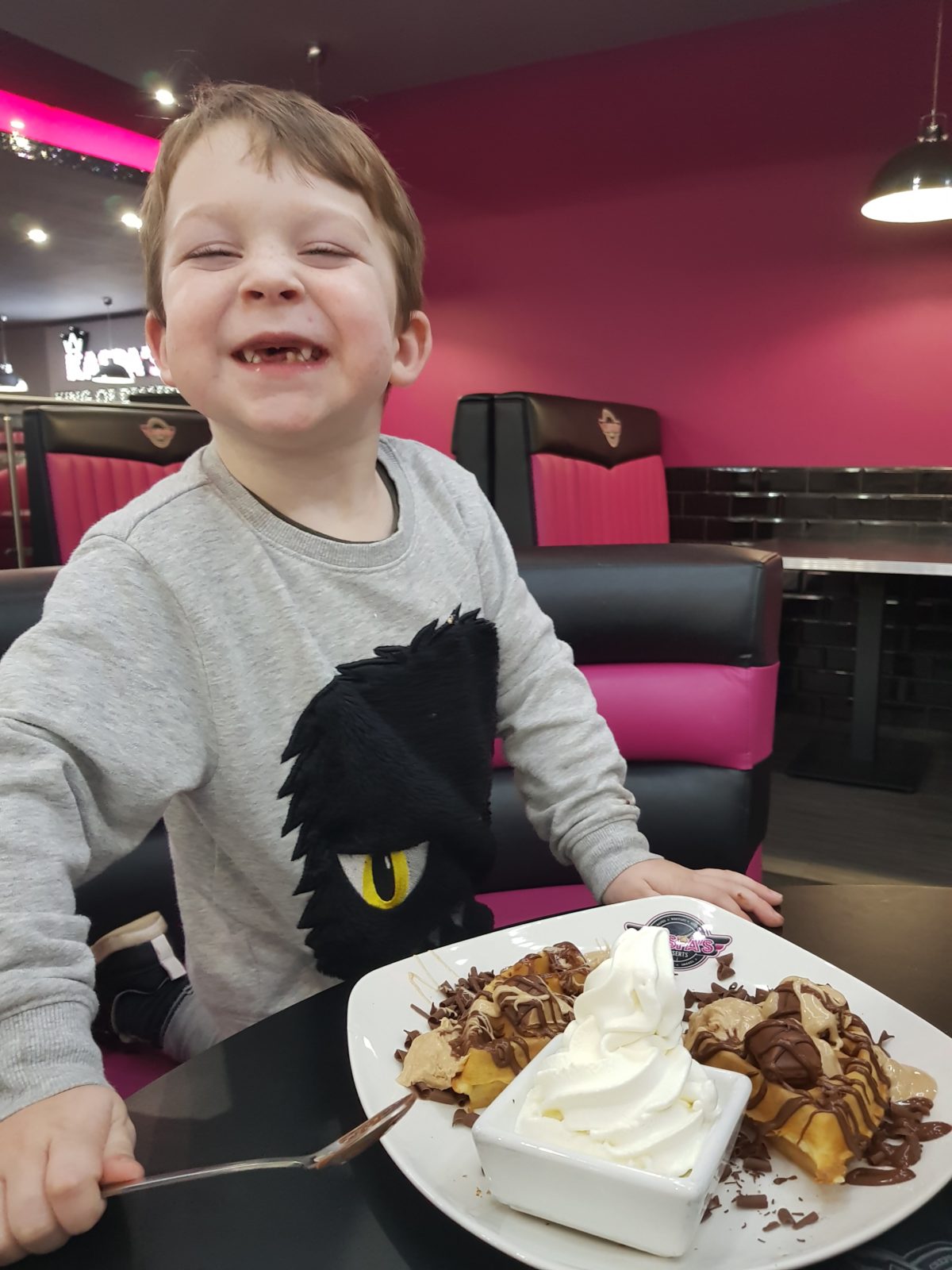 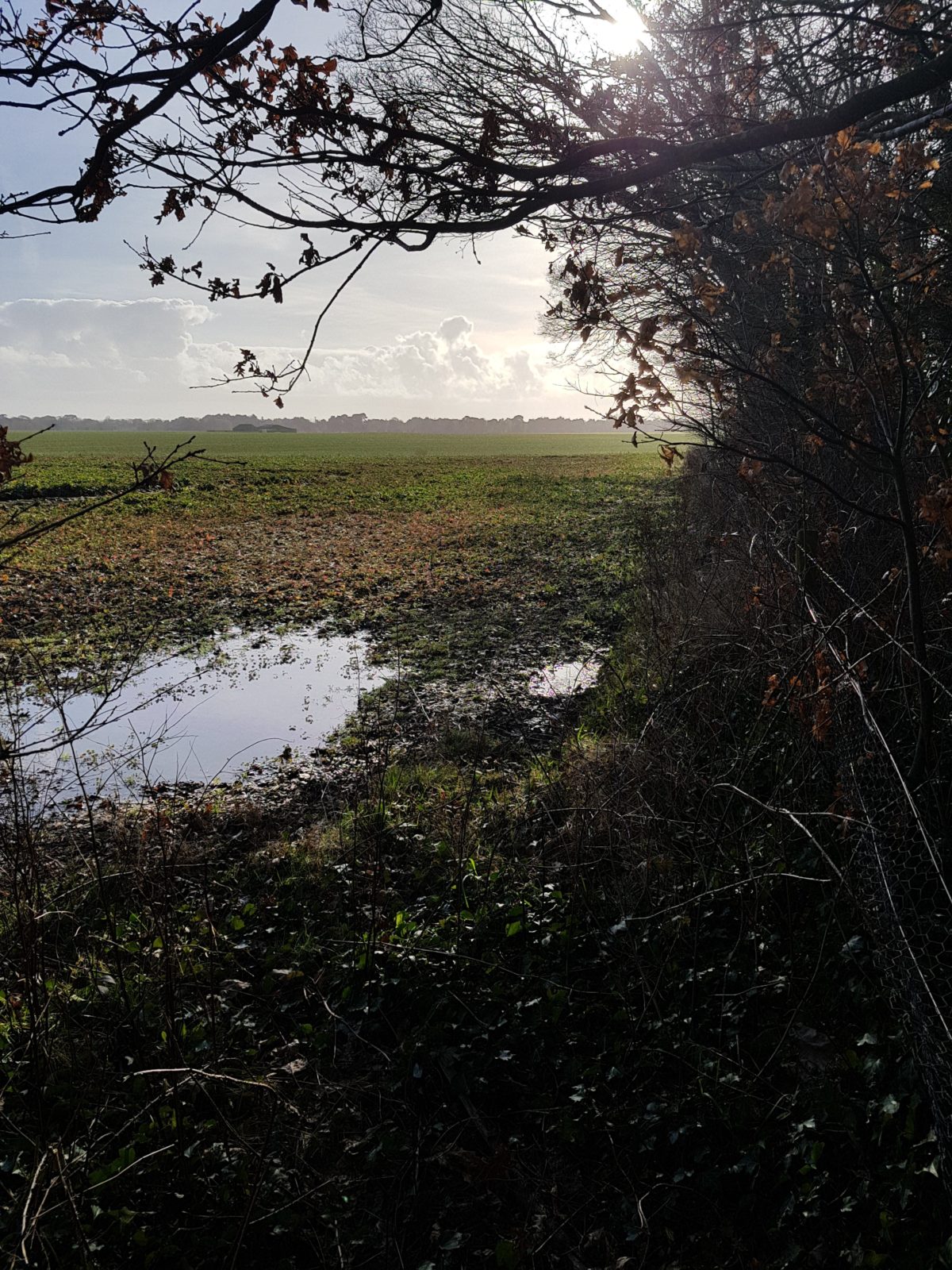 On Tuesday the kids and I had a very muddy walk in some woods in the village where I grew up, only it was SO muddy that we couldn’t get to where we wanted to go because none of us were wearing wellies! So we abandoned our mission and headed home via Sainsburys to get the kids a little treat each – then I had an epic nap and the little darlings just watched TV all afternoon without bothering me OR making a mess! On Wednesday we had a quiet day with a little trip to the park with the kids in the afternoon with my mum, which meant I could get a load of washing put away and clean the kitchen and bathroom without little helpers! 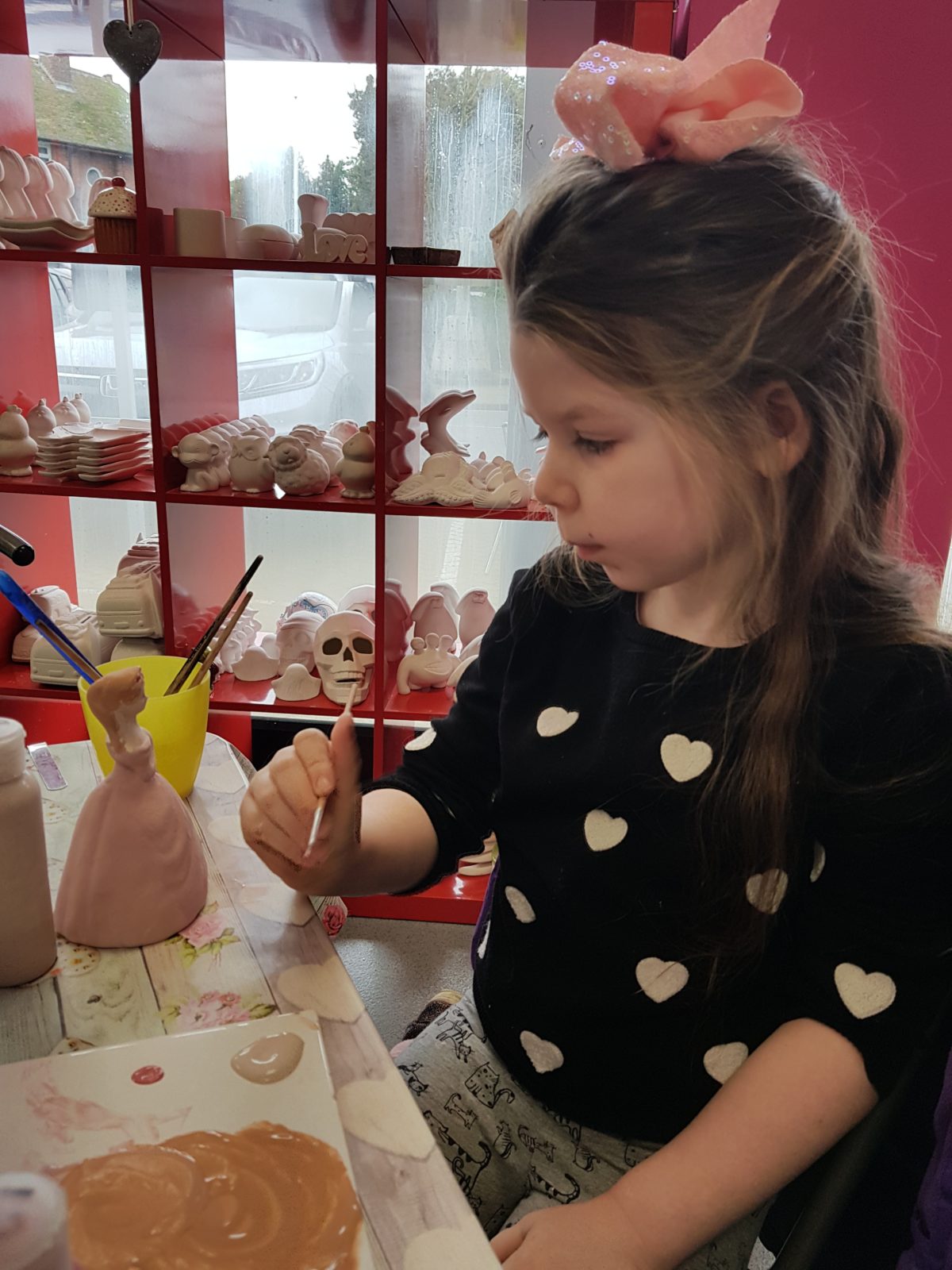 On Thursday morning Athena and I met up with Sophie and her daughter for some pottery painting in a lovely cafe in Ferring, where despite my urgings to paint something useful like a little pot or a money box Athena painted a princess statue! She loved it though, and we can collect it next week to see what it looks like out of the kiln! After a morning of art the whole family headed off to Aldi (thrilling, I think not but actually really cheap!) because I had done a Tesco home delivery order but forgotten to actually amend it to anything resembling a useful shop, it was full of random things! I called to cancel it first thing in the morning, and was assured it had been but it turned up that evening anyway – I turned the poor guy away but by that point we’d been to Aldi and bought a fridge full! Anyway, we also had a stomp about in Clapham Woods which is where there are a load of bunkers set up or air-soft teams. The kids LOVE playing in them and picking up all the tiny little balls from the guns, and i’m fairly certain it’s okay to walk around that area as there are no signs saying not to! 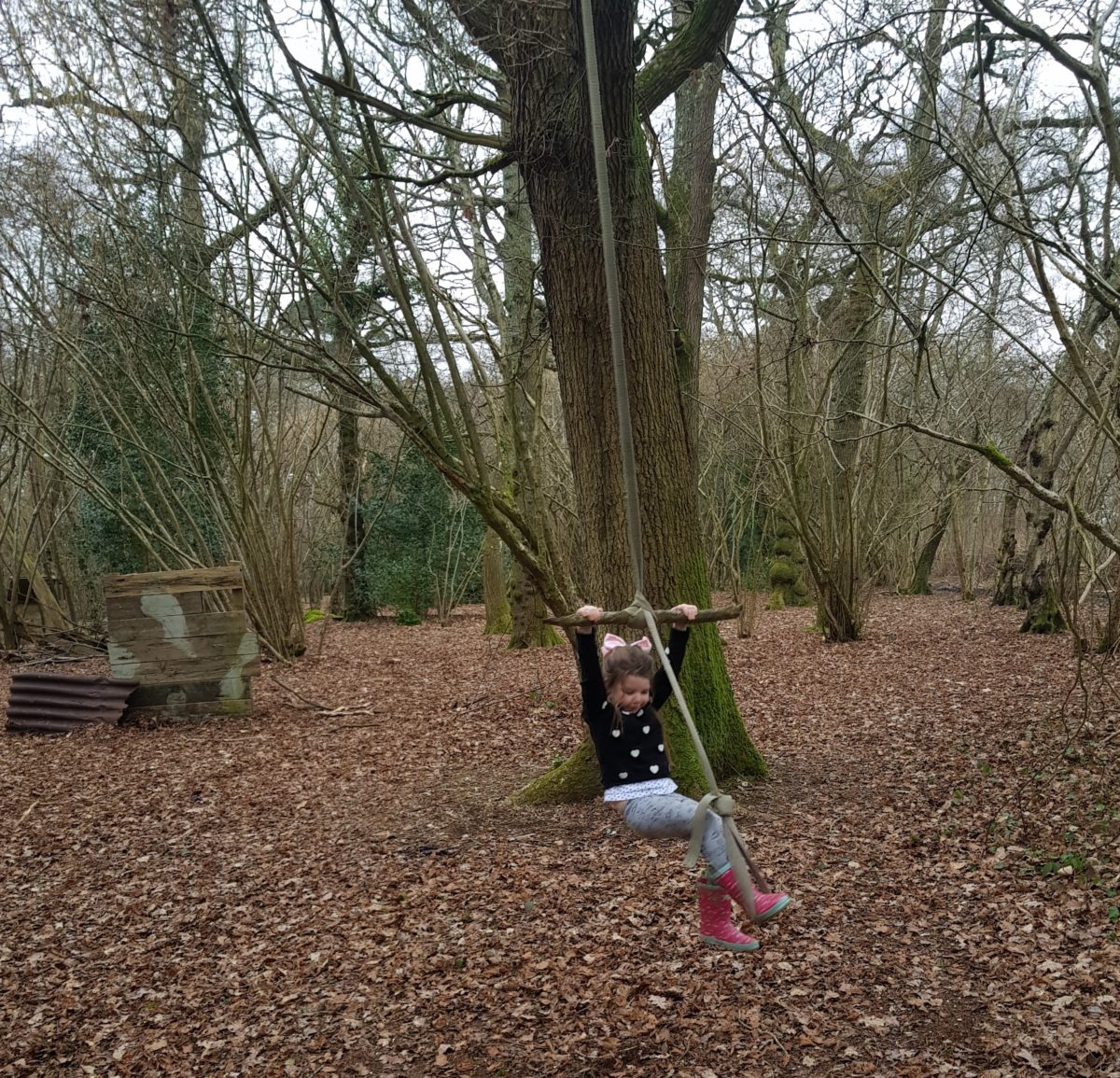 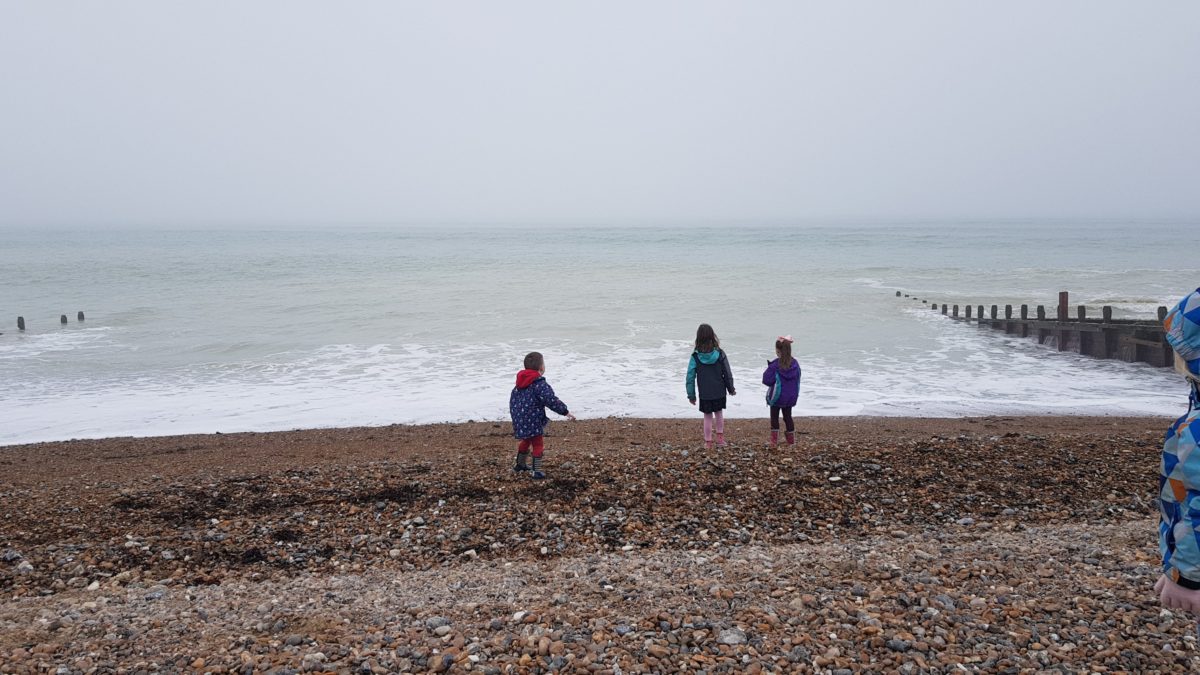 Friday was eerily foggy, so of course we had made plans to meet a friend at the park on the beach! The kids had a great time getting covered in wet sand in the park and then flinging stones into the rough sea afterwards. The sky and the sea were both so grey it was hard to tell where one started and the other ended! We warmed up afterwards in a cafe with hot chocolates and cookies. I also found Arlo’s missing penguin in the depths of my rucksack, which was good timing as I was about to drive the kids to Brighton to go to the White Company to buy another one, after calling their head office to help me track them down! Phew! 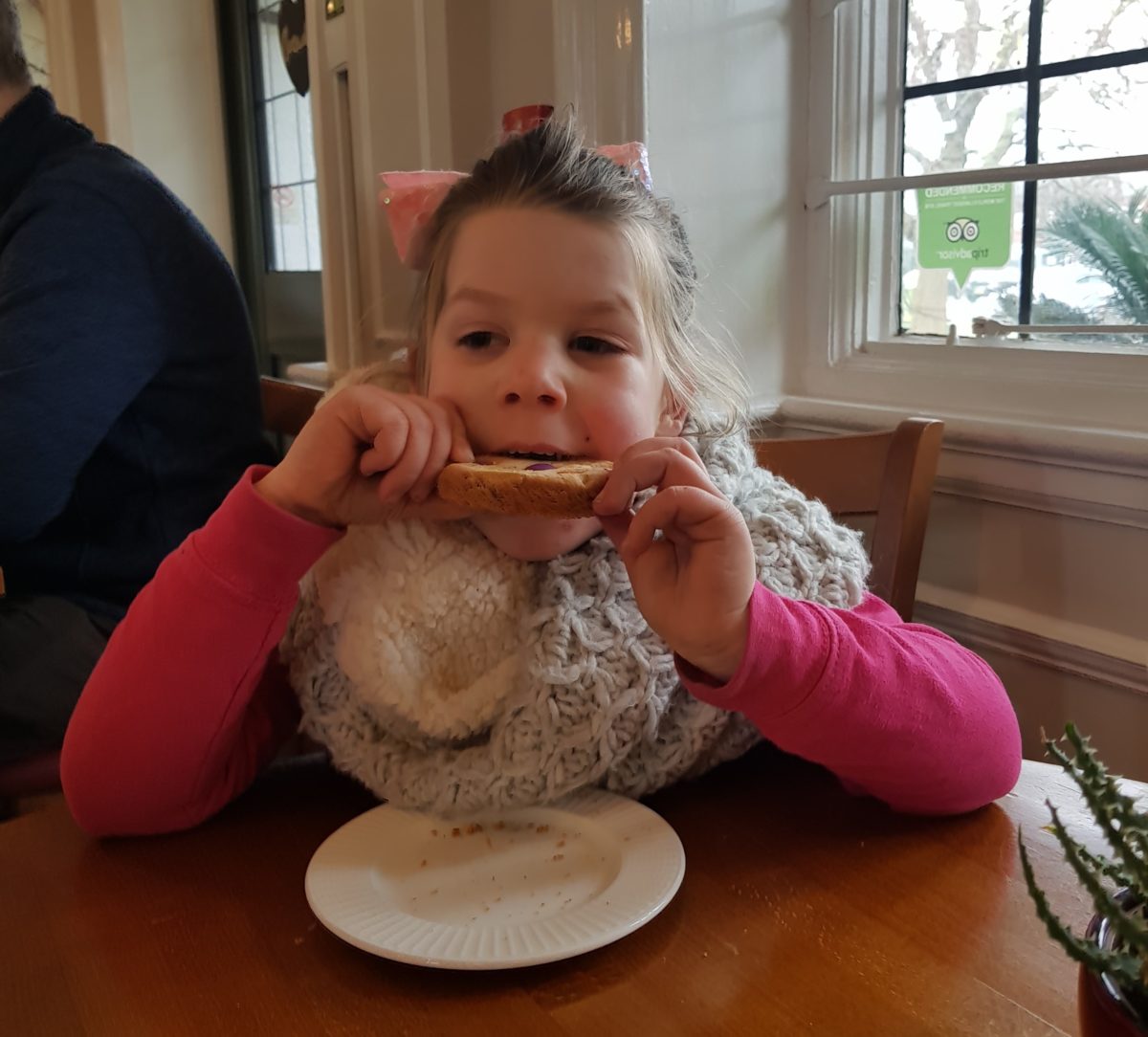 Today we’re off out to visit a National Trust house and Gardens and then home for a chilli, which I’ve popped in the slow cooker just now. It’s gloriously sunny and actually even fairly warm, hurrah!

One thought on “Sunday Scrapbook – Half Term Fun”