One of my guilty pleasures, like many people I’m sure, is looking round other people’s houses. Not in person of course but from the comfort of my own sofa, under a blanket with a plate of biscuits. I’m talking about ‘The Rightmove Game’ where you try and find the nicest/ugliest/biggest/funniest looking house in an area. The sort of search I do depends on the mood I’m in, as well as how much gin I’ve had. Generally the more gin I’ve had the higher the ‘maximum price’ and ‘number of bedrooms’ slider goes, until I’m looking at grand Manor houses or huge apartments in Belgravia. Of course these sorts of searches are just purely to satisfy a desire to see how the other half live- or rather how that very small percentage live! Opulent bathrooms with built in flatscreens, dressing rooms with rows of shelving for expensive shoes and gardens beautifully landscaped with rolling hills and a Jacuzzi… oh to win the lottery!

The other search I do, and this is by far the most common one, generally happens when I have been somewhere new. I’ll put in the town or city set the upper price limit to the cost of our own property and 4 bedrooms – as that’s our ideal number. I set the selection to house as most houses come with a garden and off I go! Of course, depending on the area I’m searching in often only dilapidated old piles come up, that have either been empty for ages or have had someone recently depart them for another life…. if you know what I mean! Often they’re really dated internally and the decor is still original 70’s florals! But other times I find gorgeous houses, often with period features, nice gardens and no decorating needed. Sadly for us these houses tend to be up north. We live on the south coast about a 15 minute walk from the beach, so moving our lives to the north, or even the middle of the country isn’t really an option, though it does cross my mind from time to time when I see how much more our money would get us! 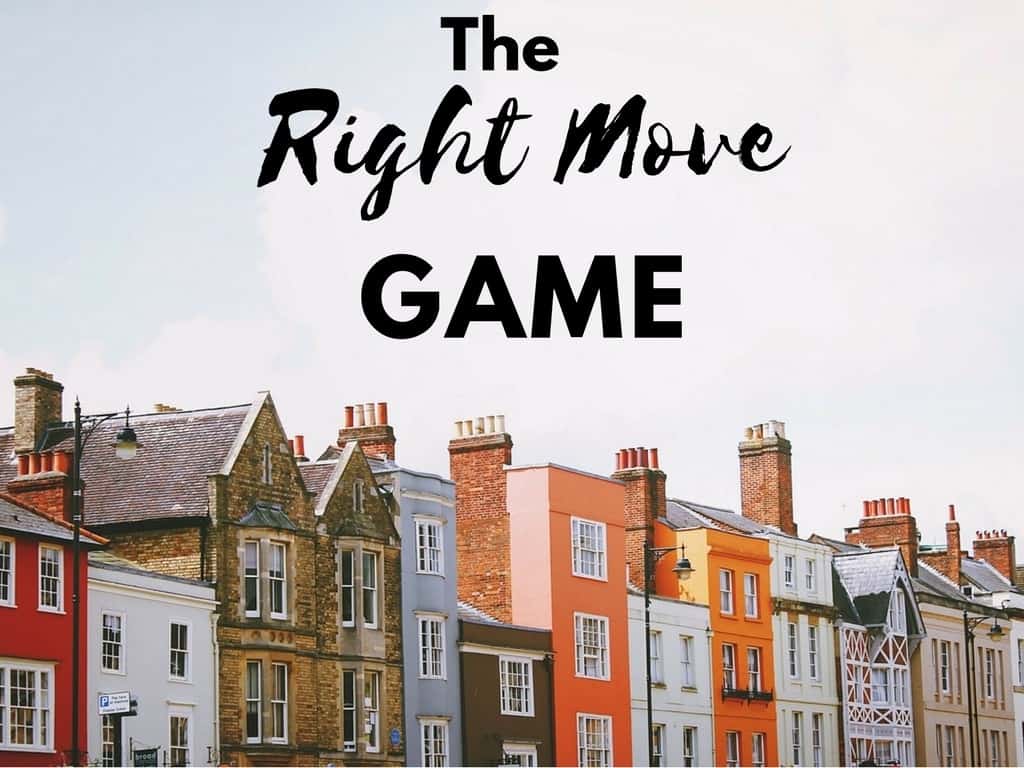 We currently own (well, have a mortgage on so not outright) a three bedroom converted flat in Sussex, with no garden and no off road parking. We actually use the property as two bedrooms and two reception rooms, and have two large attics for extra storage. We are right next to a train station, and can walk into the main town in 25 minutes, or drive in 5 so its not a bad location. It is free to park on the streets around us, if you can find a space! We bought it 2 years ago this month, and this year we will be having a whole new roof, as well as hopefully getting rid of the awful artex walls in a couple of rooms where someone in the past thought it would be a good idea! We also will need to renovate the bathroom but that will probably be next year! I took a look at how much my home has increased in value since we moved in, and amazingly it’s increased by £11,000! So that means over 10k more to add to the Rightmove searches!

Last week we spent the weekend in Dorset, and visited the lovely town of Shaftesbury, with its adorable little cottages on Gold Hill (home of the Hovis advert and that poor kid riding his bike up the hill!) and there we could get a small 3-bed house with a garden, in dire need of a refurb! In Norwich we could get a small but detached four-bed house on the outskirts of the city. Heading a bit further north to the Peak district we could get a large, terraced Victorian house, with a garden, which needs not a lot doing to other than a lick of paint.

Charging further north still to Manchester we’d be able to find a four-bed town house on a recent development- though not a brand new build. In an ideal world I’d prefer an older house and not on one of these sprawling estates though I am aware beggars very rarely can be choosers! In Scotland in the Inverness area (which is beautiful – I visited in January) we could get a 5 bed house, built in solid stone in a village with a jetty on the shore. Alternatively we could get a three or four bed detached house that’s been recently built, with a large garden, outhouse and double garage.

I should point out that, sadly, we’re not actually in a position to move yet due to needing to spruce up the inside of the house, put a new roof on and have enough self employed tax returns behind us to prove we can pay a new mortgage! But a girl can dream… and play the Right-Move game!