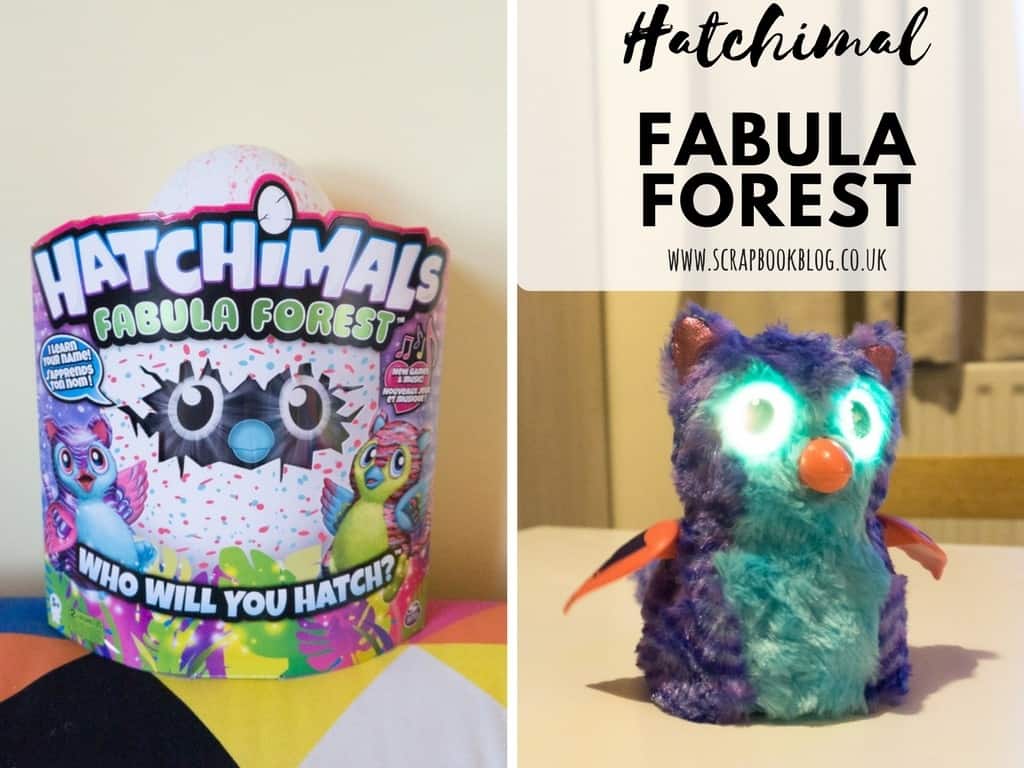 Last weekend I had a very excited little girl on my hands when I presented her with a large egg, which was making noises and flashing… and a friendship was formed! Athena was (and still is!) a very proud owner of a new Hatchimal from Fabula Forest!

What is a Hatchimal Fabula Forest?

A hatchimal is a little creature that hatches from an egg, it’s fully animated, so it rolls along flat surfaces, moves its wings and talks, as well as having light up eyes. It is also insanely popular with kids! The latest range of Hatchimals are the Fabula Forest range, either a Puffatoo or a Tigrette.  You can find out more about the past ranges and about Hatchimals in general on the website. Plus there is a FREE app so your kids can explore Hatchtopia and play games. 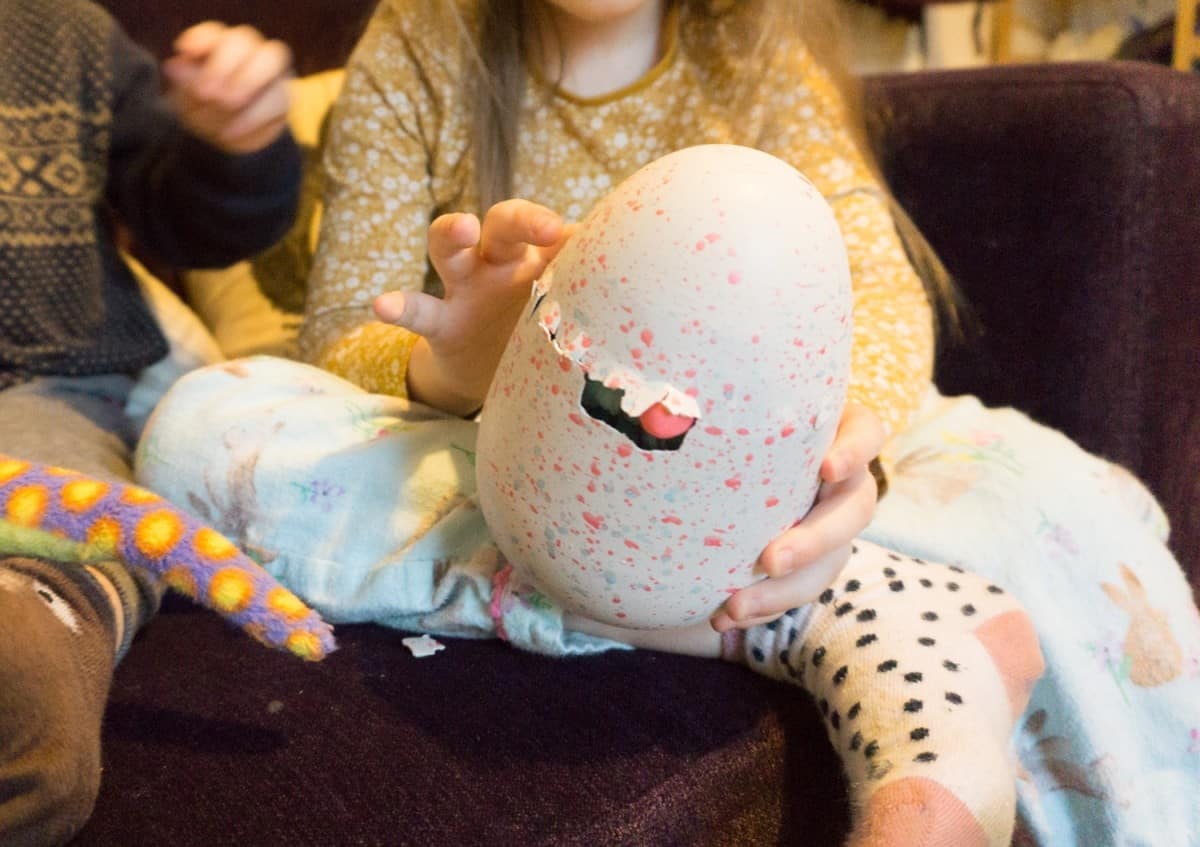 How to Hatch a Hatchimal Fabula Forest?

You need a bit of time and a lot of attention – well your kids do anyway! When you take the egg out of the box there are two clips at the bottom of the egg, once these are twisted the egg is ‘activated’. If you look and listen carefully you’ll hear and see the creature inside the egg starting to wake up. Its eyes will light up which can be seen from inside the egg and you will be able to hear it making noises. At this point you need to do certain things to the egg to encourage your creature to hatch. There is a handy guide in the box, as well as the chunky book of instructions (its mostly chunky because it’s in a lot of different languages though so don’t be too daunted!) 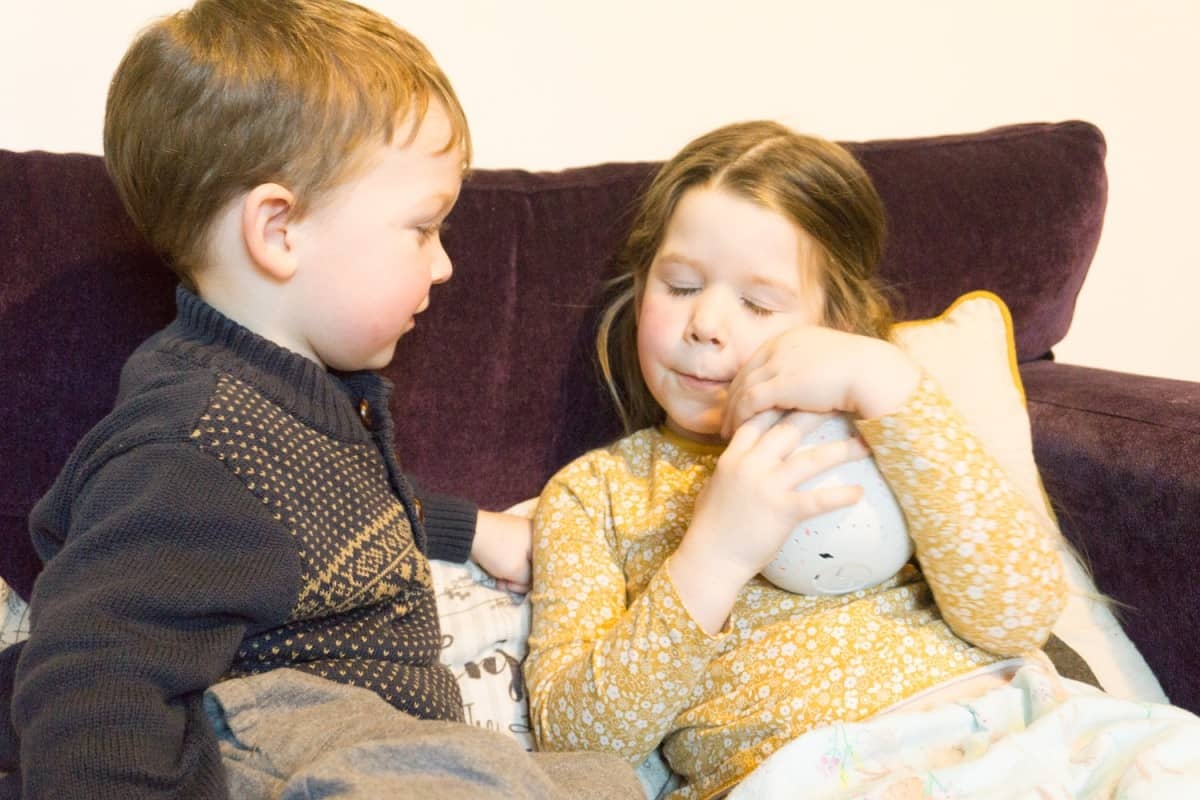 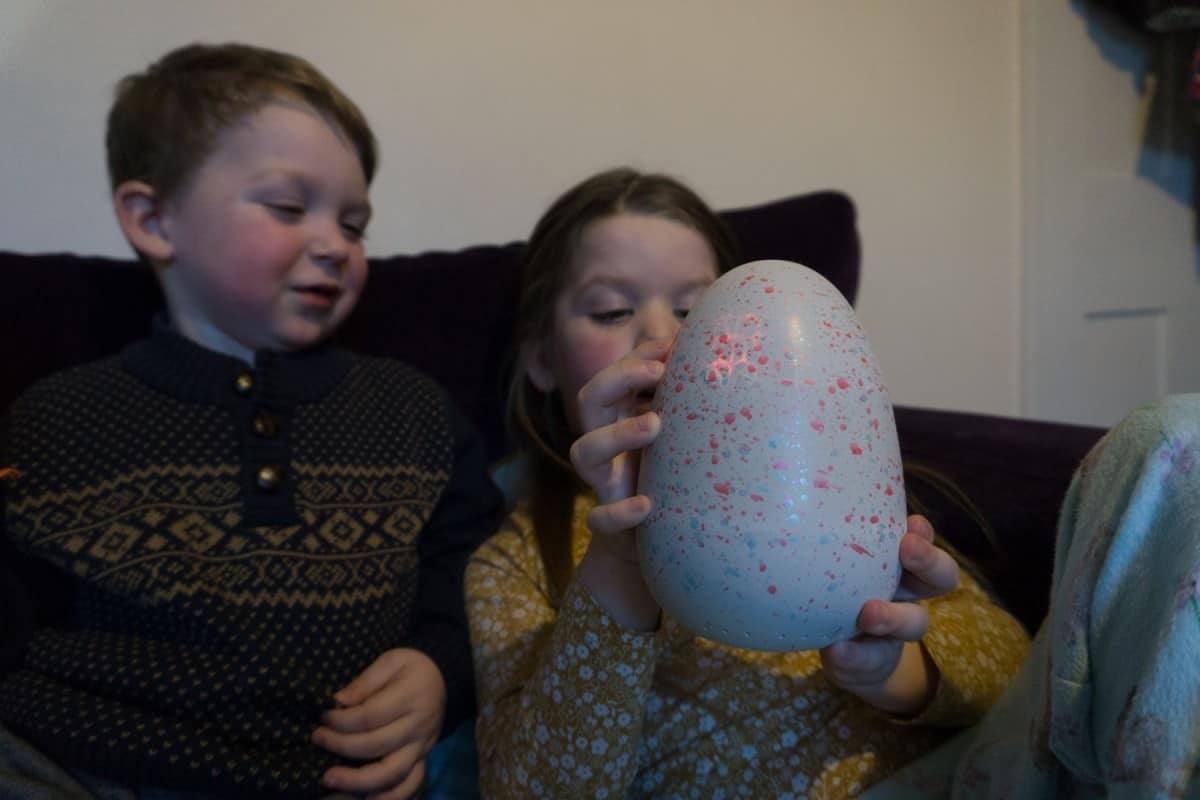 Athena absolutely LOVED this stage, giving the egg cuddles and kisses and telling it to come out and play! As soon as the beak started popping through the shell she was screeching with excitement! She started pulling the bits of shell away to help him out and got excited when she saw the eyes and what colour he was! He is in fact a Tigrette – with stripy fur and shiny ears!

What Happens when a Hatchimal has hatched? 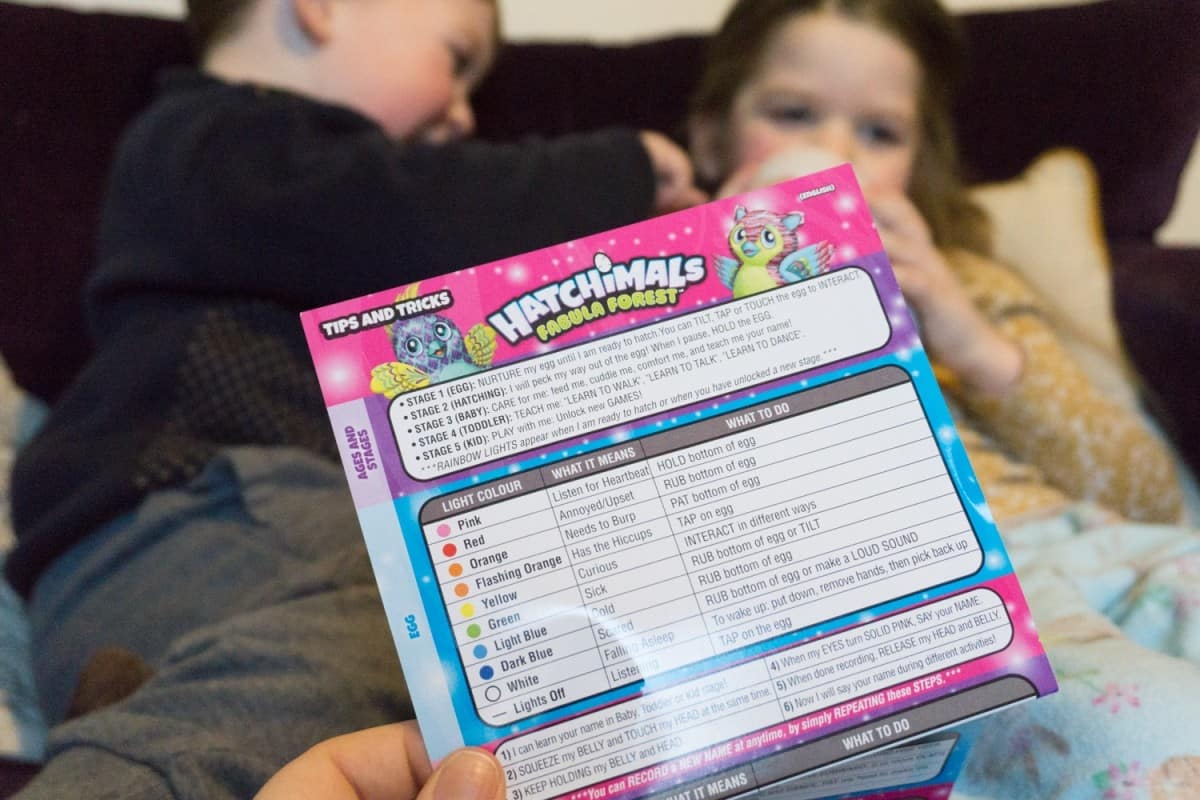 Once your Puffatoo or Tigrette is out of their egg they’ll grow up through different stages, baby, toddler and kid. The Baby stage requires a lot of cuddles, affection and petting. Next up is the toddler stage, where you teach your new Hatchimal to walk, talk and dance! Finally is the really fun stage, the Kid stage; with lots of fun games to play, and this is definitely Athena’s favourite stage! You can teach your Hatchimal how to say your name in any of the stages, and it will repeat it back during the games. The games included are Musical Moves, Tune Tag, plus Rhythm Repeat. Athena loves clearing the top of her little table (by sweeping stuff onto the floor!) to clear a space for Tigrette to move around the table on- flapping his wings as he goes! 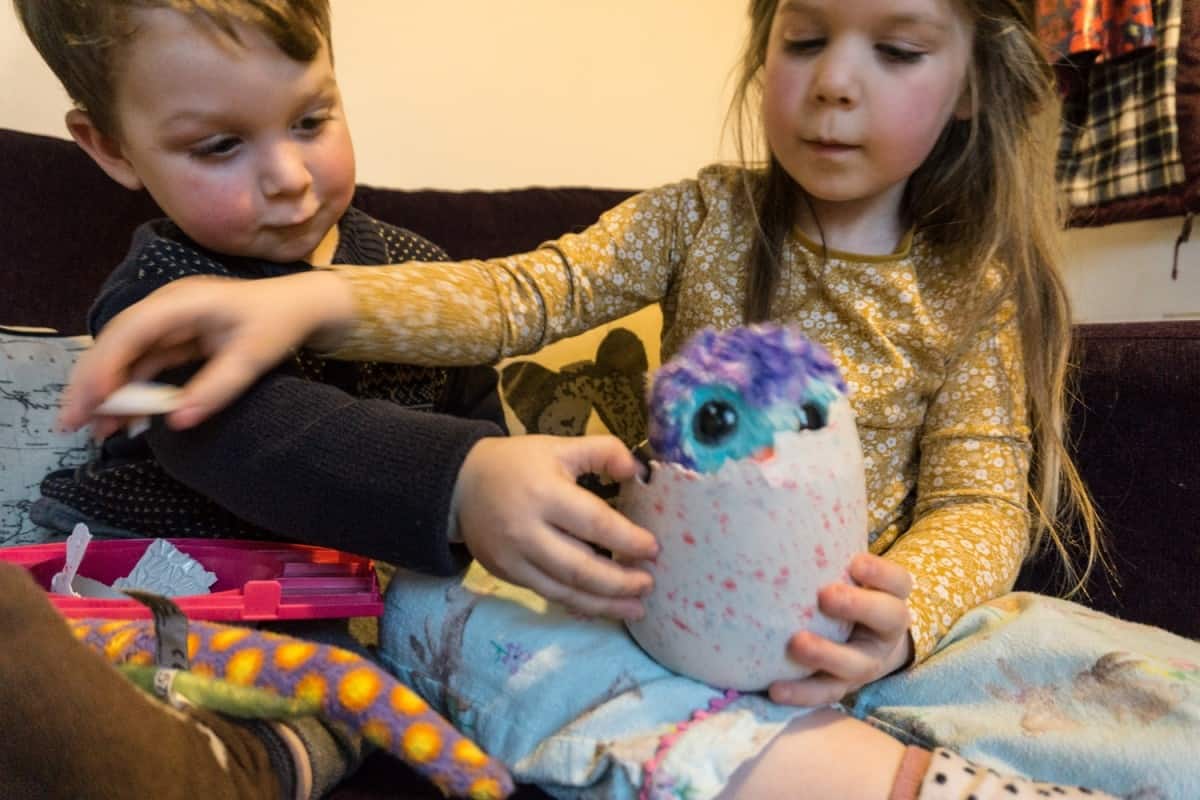 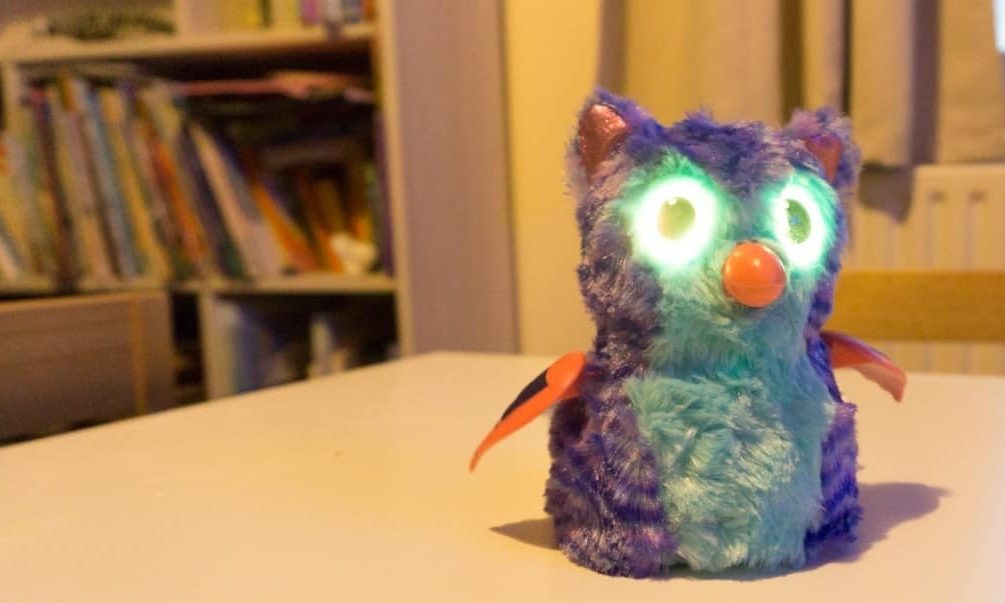 You can find out more on the Hatchimals website, they’re aimed at kids 5+and retail for around £59.99 on Amazon and at other toy retailers. You might also like to take a look at the Hatchimal CollEGGtibles 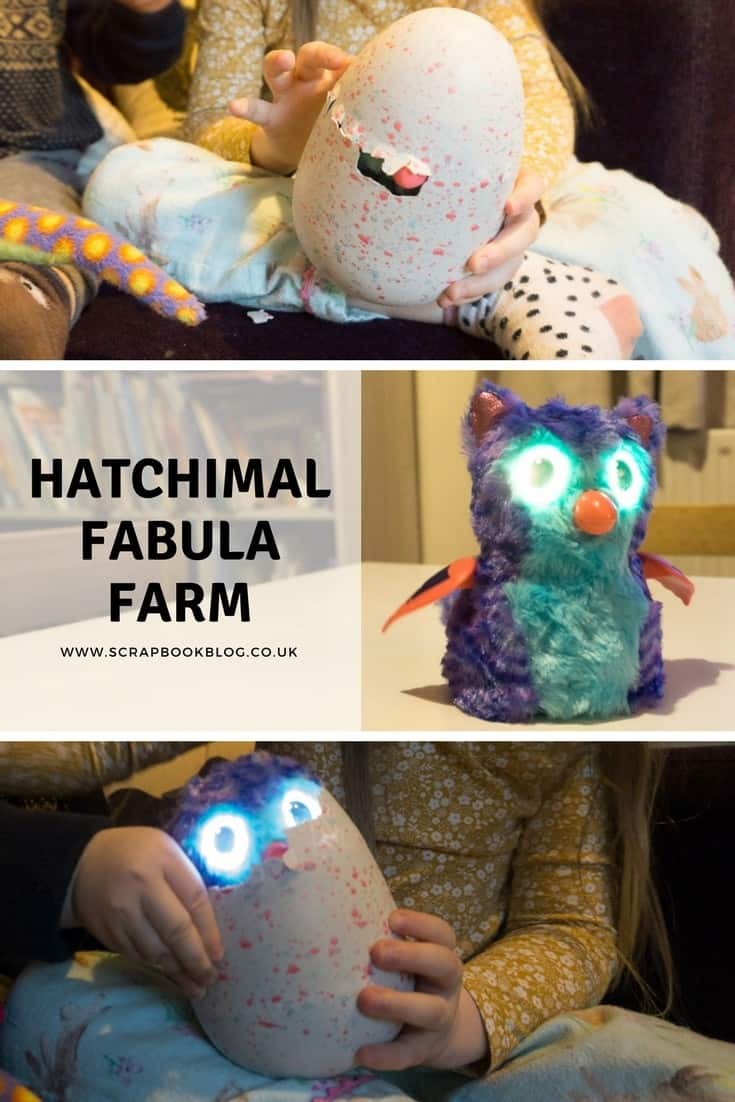