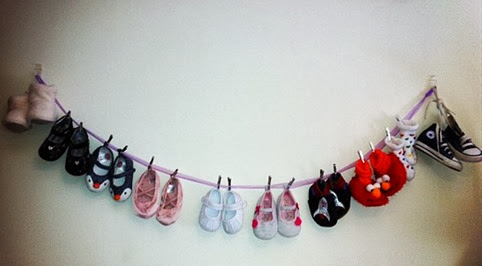 I’ve decided to introduce a new series of blog posts whenever I reckon Athena has worn something extra nice… the kid has about 4 times more clothes than I do so expect a few ‘baby outfit of the day’ posts every so often! 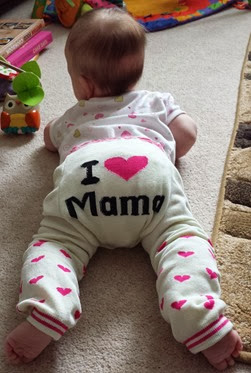 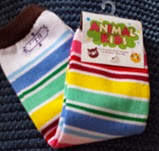 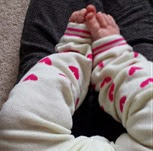 Leggings from NappyKind. These little leggings (that feel like tights) are so cute, especially the bum! They’re one size fits all so are a bit long at the moment but I just ruche them up at the bottom for now, but I reckon they’ll last until she’s one at least! Imagine that bum in the air, crawling around declaring to everyone she loves me! I also bought some stripy legwarmers from NappyKind, but we’ve not used them yet, however I imagine a nappy change with those is way easier than regular tights, plus they can be popped on over normal leggings etc for extra warmth for car journeys etc! 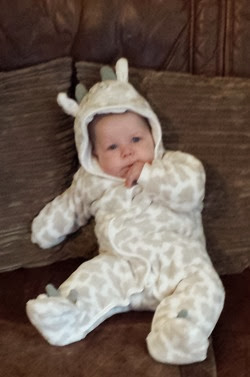 Giraffe pram-suit. This was a Matalan purchase but they don’t seem to have it online anymore! I think it was £9, and I think it was from the boys section as they had a pink one for girls but we like to be gender-neutral when we can! They have giraffe feet and ears and horns. What more could you want in an outfit? 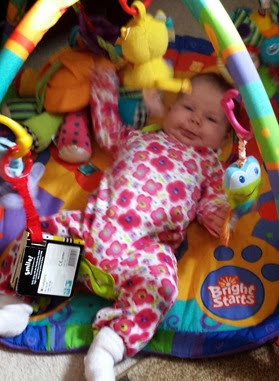 Boots Mini Club all-in-one. This is the cutest little print, kind of a flower-power sixties feel… and I love the lime green trim! poppers all the way from ankle to ankle for easy nappy changes. It washes really well and hasn’t gone bobbly in the wash and is still as soft as when we bought it (it’s in size 3-6 months but I loved it so much I put her in it when it was a bit big, she’s about 10 weeks old above! (18 weeks now!)