So I’ve been pretty quite about my exercise and healthy eating journey that I so enthusiastically started early in the year… because I gave up. But then a new gym opened up near me and had a really low monthly price for people who joined up early and I did in the summer and then suddenly before I knew it it finally opened and I had to start going and I think I’m serious about it this time! My plan is to slot in a workout or a class either after school drop off or before school pick up. This means I’ll lose a few hours of work time during the week BUT I can be cleverer about how I structure my work because I do a fair amount of procrastination anyway! 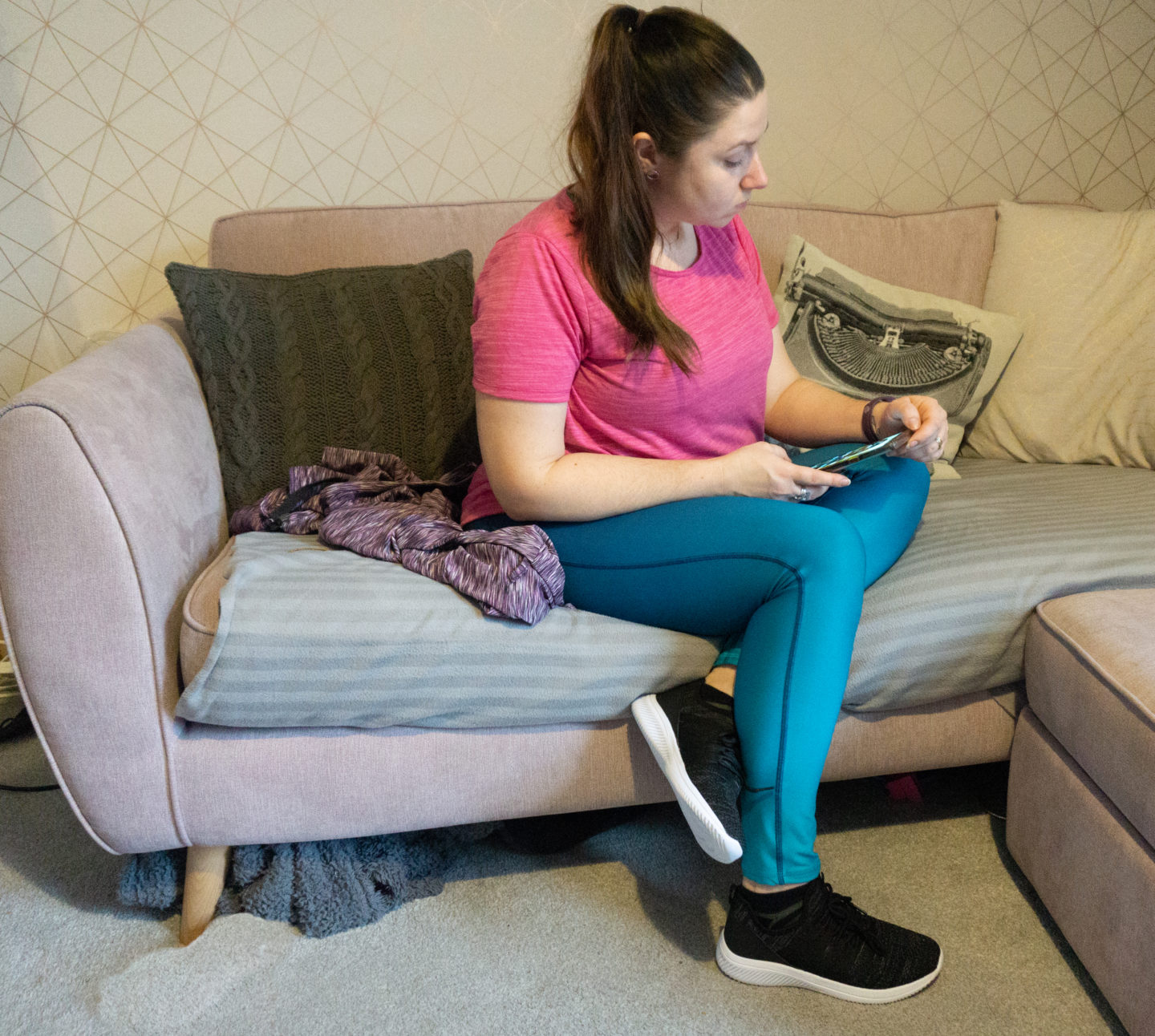 I’m the sort of person who changes right out of my jeans when I get home and into PJ’s or leggings, so wearing gym wear during the day before a work out works well for me as it’s comfy enough for whatever else I’m doing too! Matalan sent me an outfit from their Souluxe range as a little kick up the behind to kick start my exercise regime. I’ve worn in a couple of times now and am actually really loving being a gym-wear-wearer. 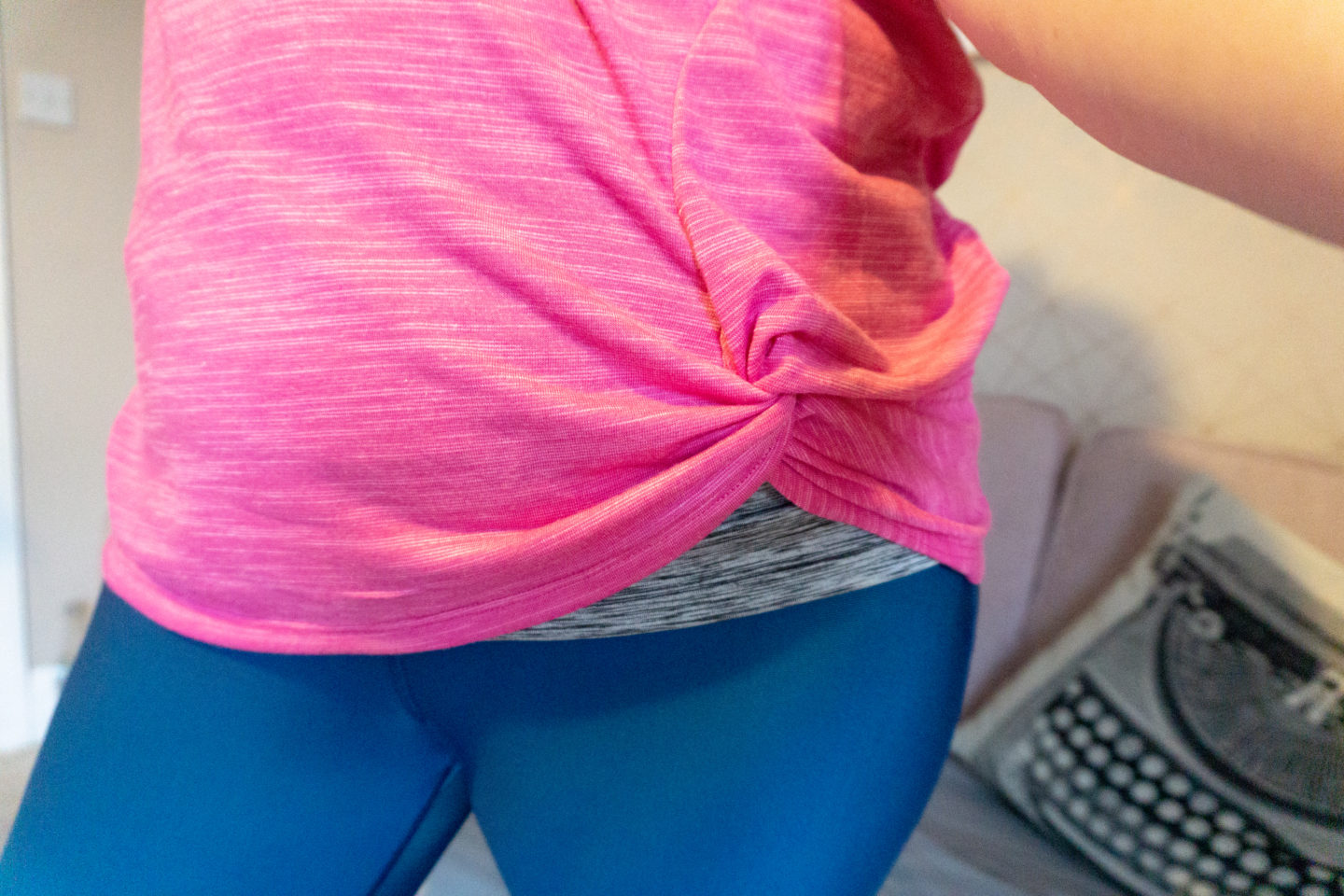 The leggings and tops are comfy with tonnes of stretch, and I love the knotted detail on the T shirt, and it’s not too ‘gymish’ either which I like! The leggings I chose have an ombre dip dye effect from navy blue down to peacock blue and make a great change from the normal black leggings that I wear! I can also confirm that after running 5k and spending 15 minutes on the cross trainer that there was no chaffing or weird sweat marks, thanks to the moisture-wicking material. A flattering wide waist band which comes up nice and high is great at holding in my wobbly belly too and didn’t roll down as I worked out. There are so many different colours and designs available, including some rainbow leopard print ones! 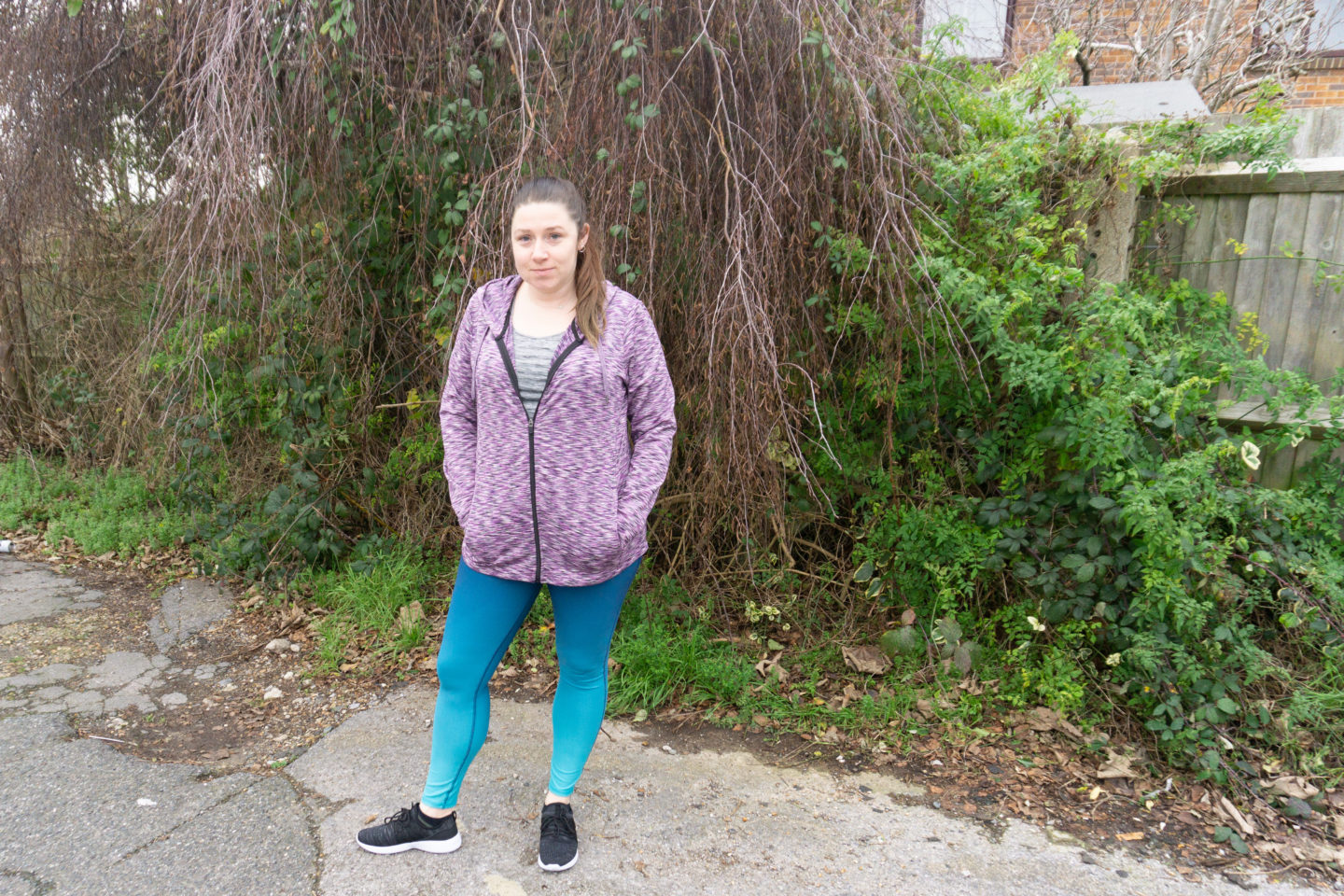 For the run between the gym and the car (you didn’t think I’d run to the gym itself did you?!) and for wearing in general is the space dye zip up hoodie – which has THUMB HOLES – which are like the holy grail of sleeves! Again it’s super stretchy, has pockets prefect for headphones, locker padlock keyrings and membership cards and a hood! I’ve been wearing it at home a lot too actually as a general hoodie! 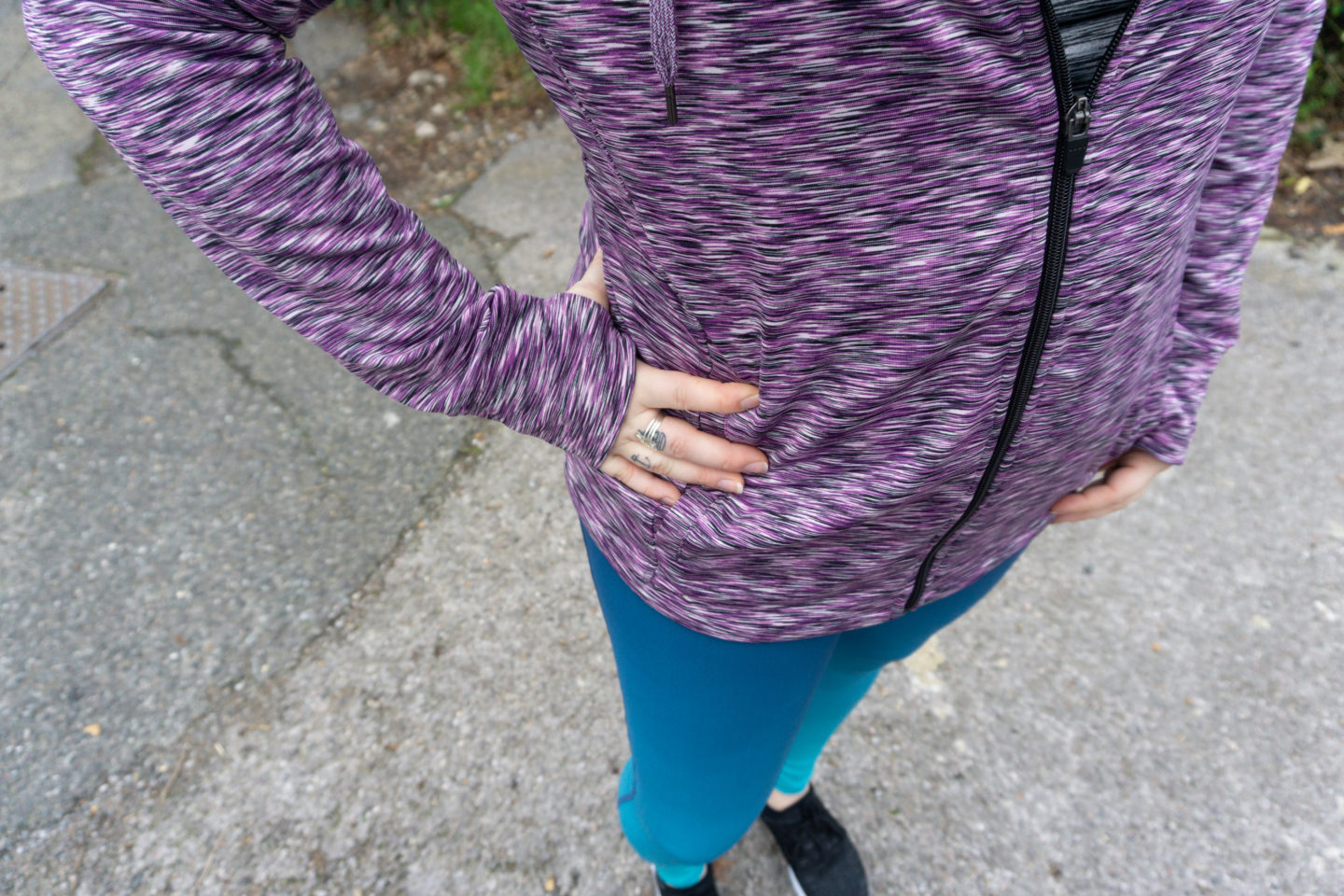 The space dye vest I’m wearing under the hoodie is comfy and has the same moisture-wicking properties, and ruched sides for a flattering fit. It’s not cut too low so no worries about showing too much when you’re bending over either! 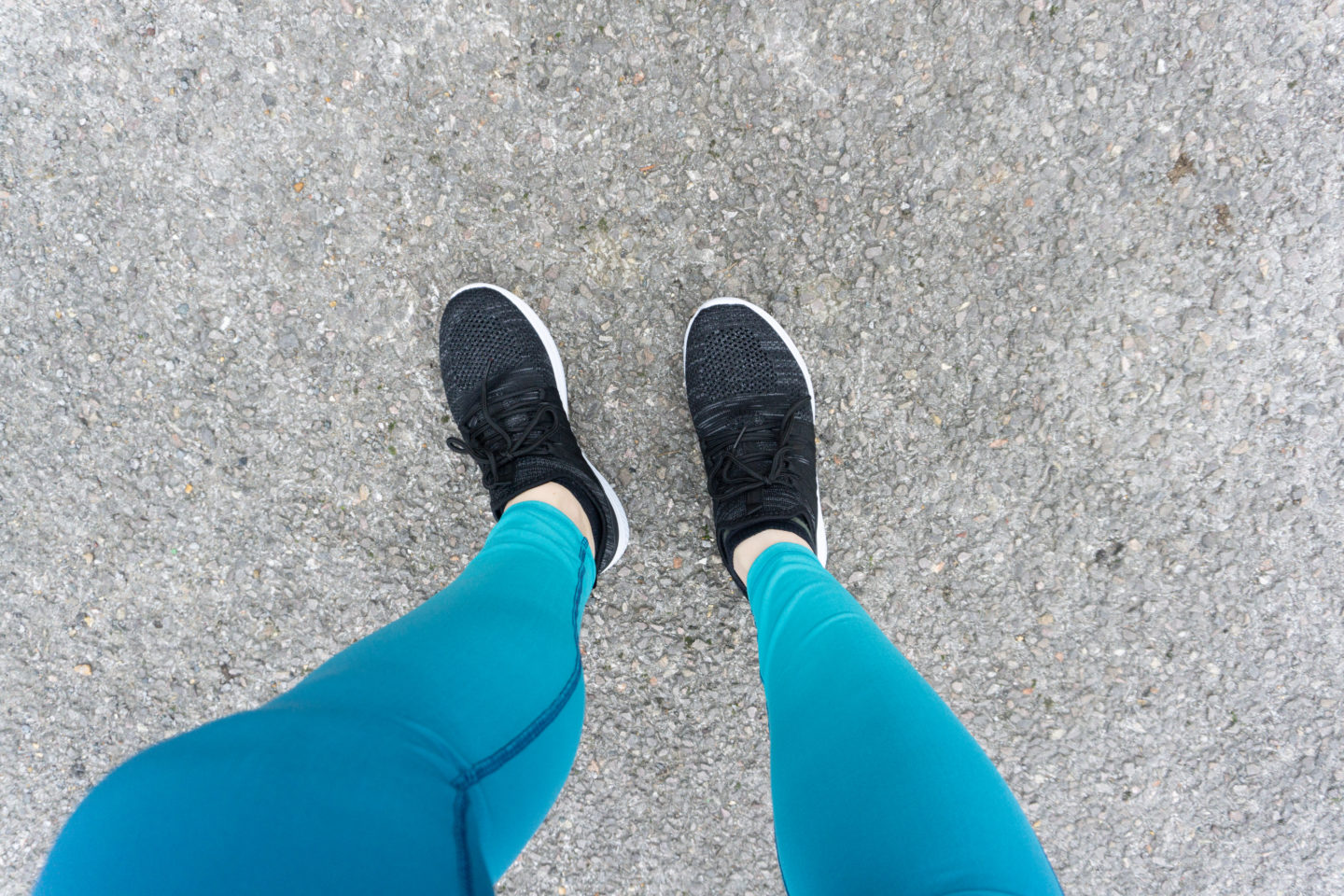 Of course no outfit for the gym is complete without some trainers, and although I wear trainers daily for the school run I don’t want them to get smelly so I am keeping these knitted gym trainers solely for the gym! They’r really light weight and the mesh uppers mean they’re breathable and hopefully won’t get too smelly anyway!

So I’ve worn and washed this outfit twice now, no bobbling or saggy knees and I’m actually feeling pretty motivated to get on with getting fit! I might even wear the leggings on Christmas day to accommodate the post-Christmas-dinner food baby!

2 thoughts on “Style: Working out with Souluxe”