Well, the first two weeks of the year shot past didn’t they! The first ‘Siblings’ post of the year crept up on me and left me pretty unprepared! For all the video footage i’ve been taking I’ve managed not to take a single nice photo of the kids together on their own so far this year, so for January we have a rather hastily snapped photo on the way home from School on Thursday. I was so worried that one of the other parents trekking through the graveyard would think I was a weirdo (as if they would even care!) and the kids were not in a stand and pose mood (are they ever?!) BUT I actually love this first photo… it sums their afternoon-mood up perfectly! 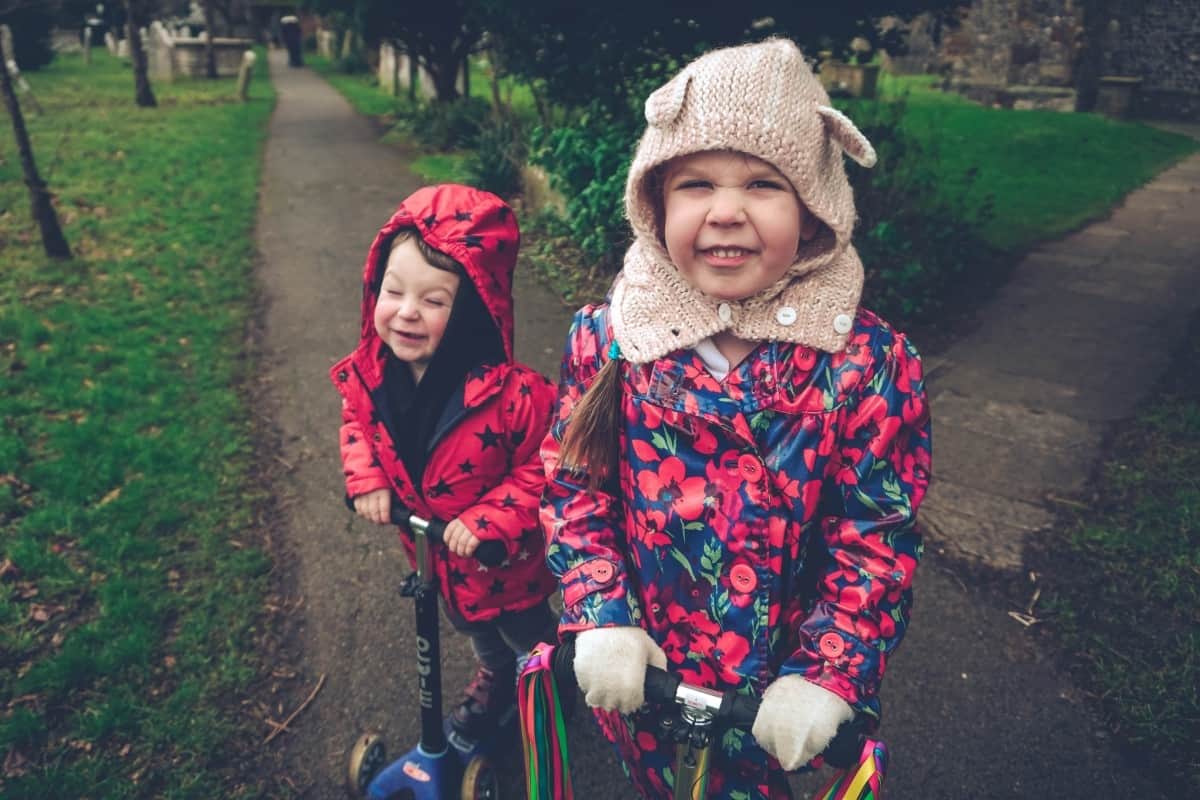 About five minutes after this I had to literally BELLOW across the park to get them to stop, as they were racing each other on their scooters and got so far ahead I could barely see them, and were about to disappear round the corner out of sight, the little toerags!

They’re still mostly thick as thieves, though the off bicker, when it happens often turns into a push, shove or slap, which isn’t that pleasant and we’re trying to stop the violence and encourage talking! Arlo though has worked out that if he tells Athena he doesn’t like her she will probably burst into tears, even though I’ve told her he does it to get a reaction. All good fun though and they do really love each other deep down! 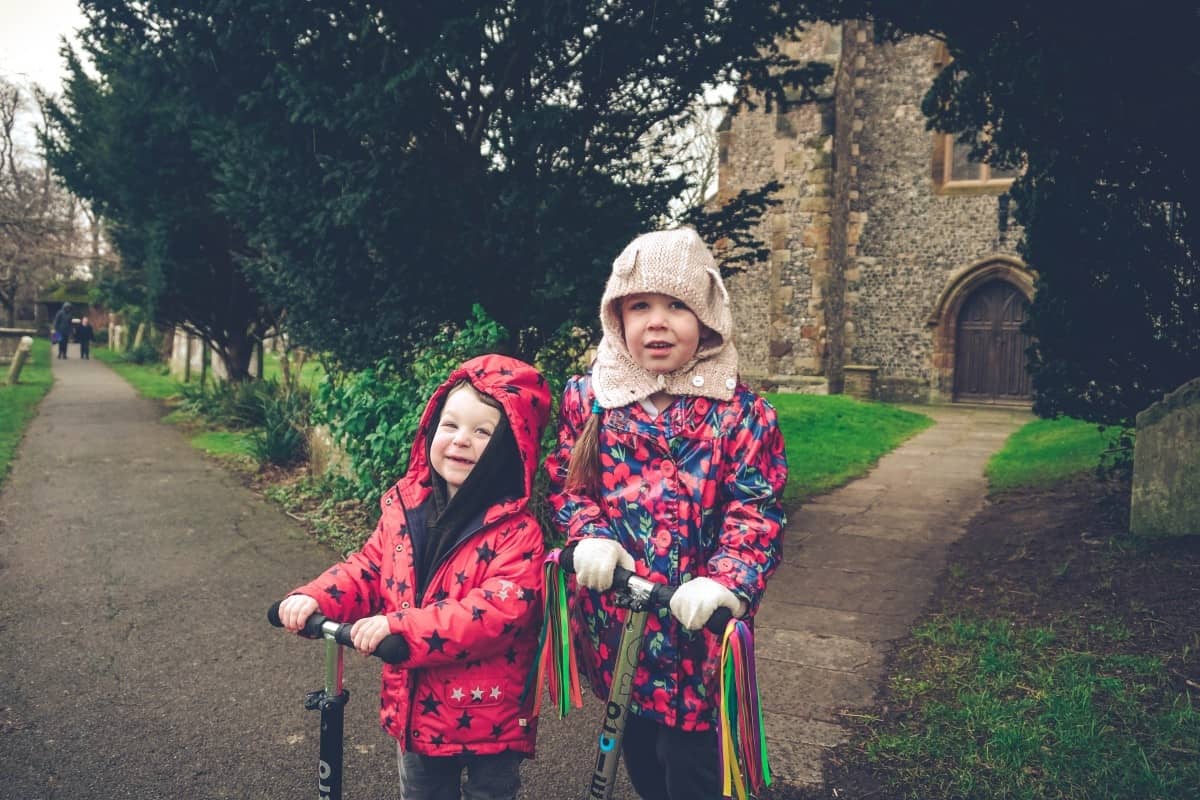 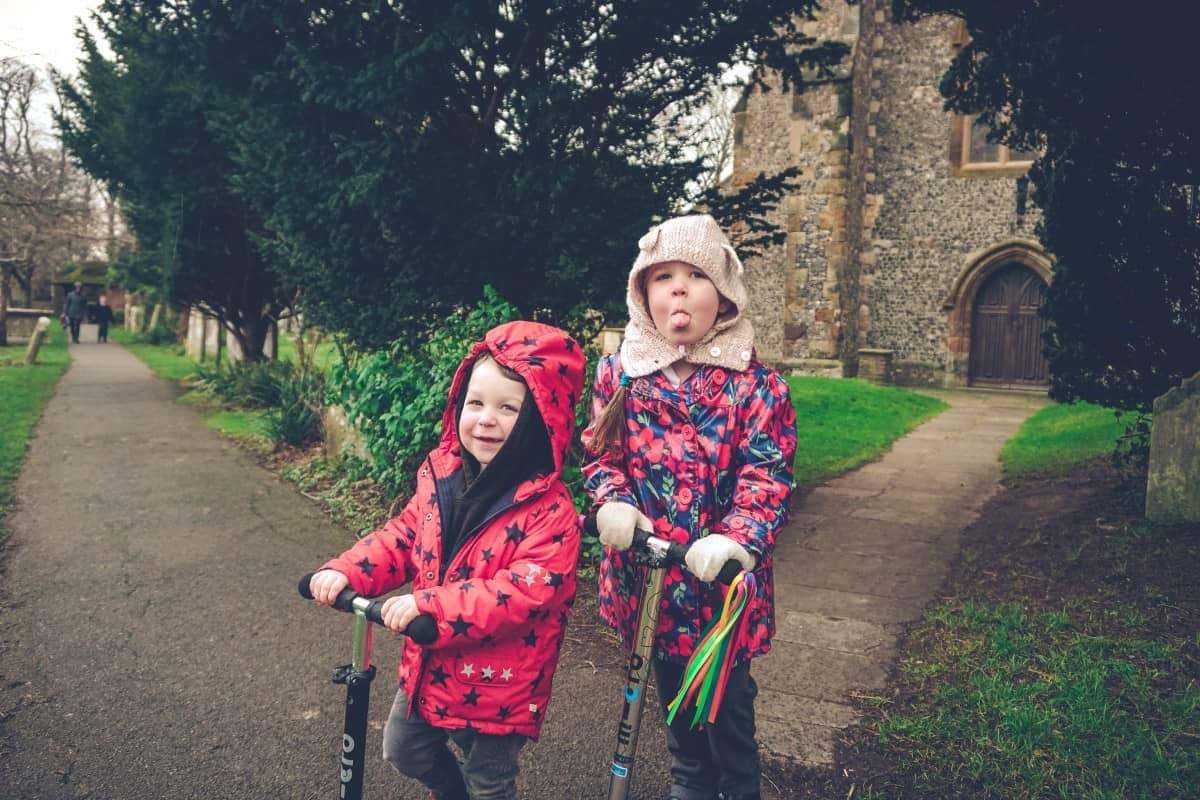