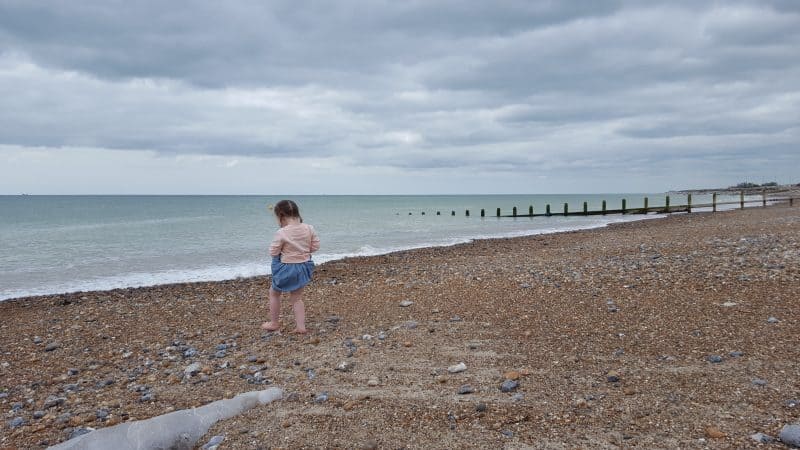 I’ve said before that I am giving Athena a lot more choice in what she wears, from picking her clothes as we buy them to getting dressed in the mornings. I think children should be given independence from an early age within safe limits, and there is nothing quite like being given the independence to choose your own look! House of Fraser asked us if we’d like to get involved with their ‘Kids dress Kids’ campaign, so it seemed like a perfect opportunity for Athena to pick out a new outfit! We were given a selection of items to choose from, and I spent an excruciating half an hour sat at the laptop with her as she looked at everything and picked what she wanted. 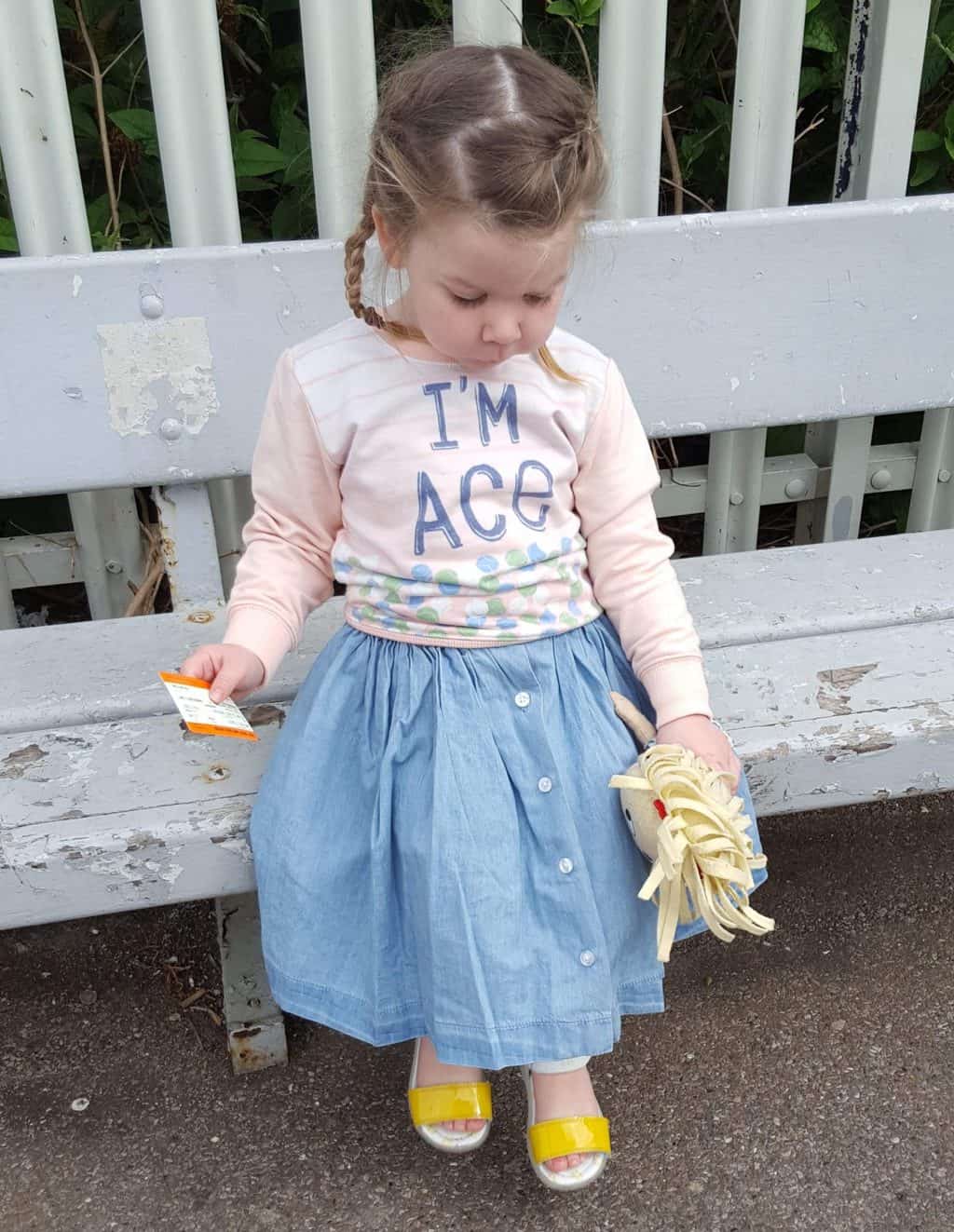 I am actually fine with all of her choices, although I’m not personally a huge fan of branded clothes on kids but I knew as soon as she saw the Frozen flip flops she’d pick them! I had to persuade her not to pick two skirts, it was a toss up between the Penguin one she picked and a pouffy tutu sort of skirt, and I obviously expected her to go for the frilly one but for some reason she decided against it, although she has a thing with buttons at the moment so that might have swayed it! I’m happy though as it’s a much more wearable option! The ‘I’m Ace’ sweatshirt she chose because it has ‘bubbles’ on it. I’m not sure they’re bubbles but I really like it even if it is pink! I try and steer clear of pink for Athena, because I personally don’t really like the colour and I think she looks great in brighter colours but she quite likes pink it seems! 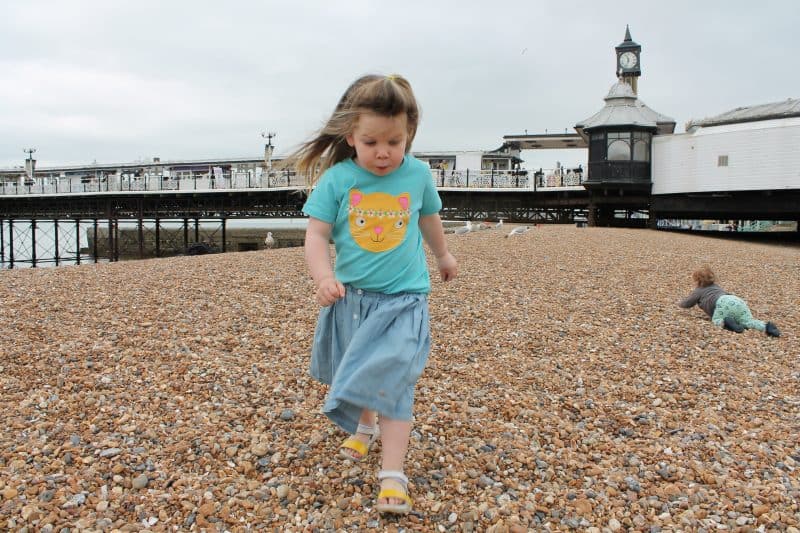 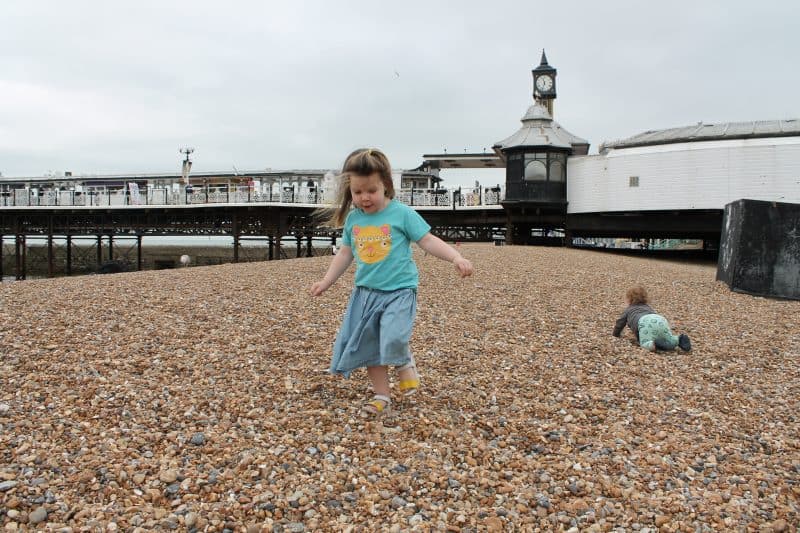 The T shirt that she picked she chose clearly because of the cat, but it’s a Frugi T shirt so I was fine with it! A great brand and a lovely print too. So, three items out of four that I like, and are sensible picks so the Frozen flip flops I can let her get away with, I did explain they are quite hard to walk in and she does look like a geisha girl in them as she scrunches her toes up to walk. Thankfully her other sandals look great with her outfit so you’ll just have to imagine them… even Athena asked to take them off after a short walk (waddle) to the train station from home in them, and didn’t want to put them back on! You live and you learn my little one, I have lost count of the amount of shoes I have picked in my life that were unwearable, and at least these are wearable, with practise! 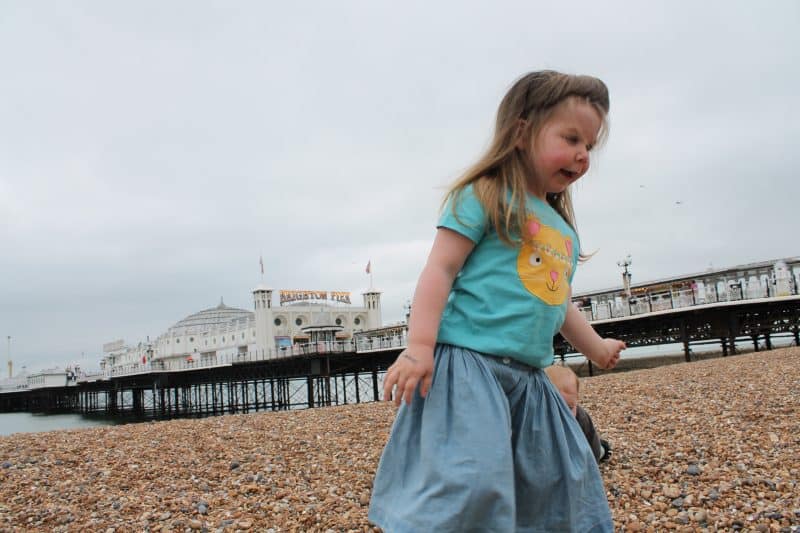 I asked Athena a bit about her outfit, street-style papper style:

What does your jumper say? I’m ace but I’m ‘nina.

What’s your favourite thing that you have on? Flip flips!

Why did you choose these things? I liked them more than a dress

Do you like picking your own clothes? Yes mummy

So there we have it, out of the mouths of my nearly three year old fashion blogger! 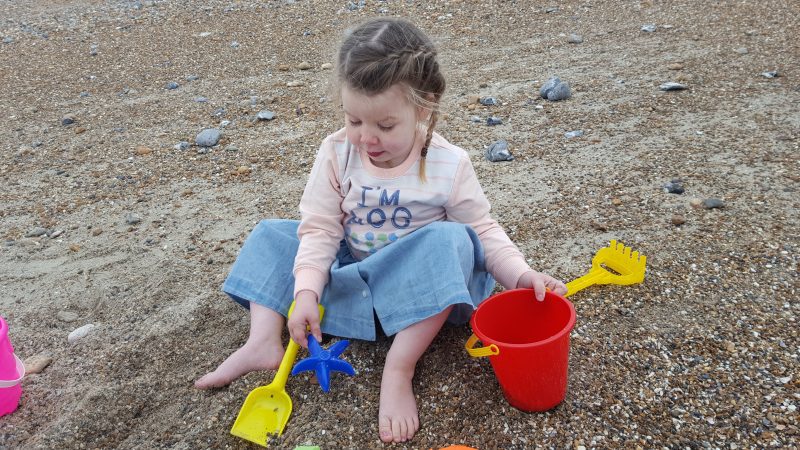 House of Fraser stock so many different types of Kids clothing, from newborn right up to teens, and you can filter by style, size, colour and brand to find the perfect outfit! To see what other bloggers kids picked for their outfits check out the #KidsDressKids hashtag on twitter!
We were supplied with Athena’s choice of clothes for the purpose of this challenge!

3 thoughts on “What Athena wore: #KidsDressKids with House of Fraser”