A little while ago I went to an evening to celebrate the launch of Benefits new super-duper concealer ‘Fake Up’. We were told about the product, what it does and what it can be used for, but I wanted to use it long enough to formulate a proper opinion before I blogged about it! We were given all three shades in our goody-bags, I’m using the light shade at the moment, but hopefully will get a bit of colour in the summer (I’ll be marching that buggy up and down the beach like a crazy woman!) so will move onto the medium then with any luck! 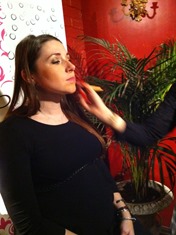 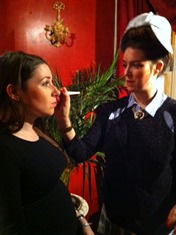 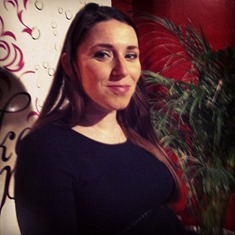 The concealer comes in a twist-up stick form, which is better than the pot type version of their Erase Paste concealer if you ask me,as within days of buying it I had lost the baby spatula that comes with it and was either hoiking it out with my pinky finger nail or a cotton wool bud, not ideal! It also has a much lighter consistency, and as you can tell from the pictures below, the coloured part is in the centre, with the moisturising bits around the outside (which contains vitamin E & appleseed extract) so acts as a 2 in one jobby, hydrating the skin for 6 hours as well as concealing, and not at all sticky feeling, which is the best bit, as I don’t feel the need to cover it with powder. 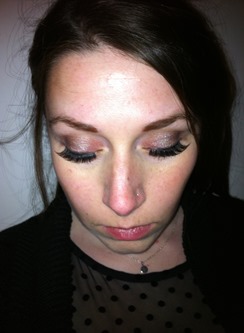 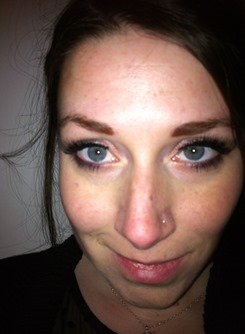 [taken at around 9pm after a mid afternoon touch up]

I’ve used it mainly on its own as I rarely bother with foundation for work, and I have a tiny weird red mark that appeared under one eye (and 2 on my neck!) just after I got pregnant, and it’s perfect for hiding that, along with the dark circles that come with 3 pregnancy-pees a night! I’ve used it twice with a ‘full face’ underneath my foundation (currently max factor) and it’s held up pretty well, with a little top up over the blotchy patches later in the day, but as it’s easier to use than Erase Paste this wasn’t a problem, and because it’s moisturising applying more during the day doesn’t feel like I’m clogging my skin up. 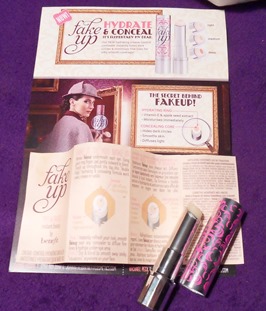 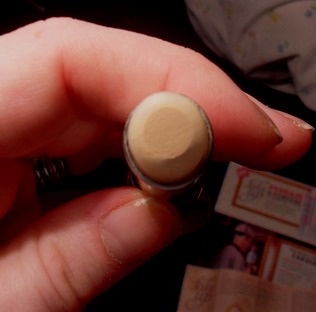 We were shown the darker shade being used as a contour tool as well, which made my perk my ears up as I currently use a powder a few shades darker to contour, but need to re apply every couple of hours in general, so if this lasts 6 hours then even better!

Fake Up is being released on March 30th, and will retail for £18.50, and you can see all the details on the Benefit site here

I also won one of the ‘World famous Neutrals’ palettes for answering a question correctly, but am saving it for use once the sprog arrives as a treat, and as an incentive to use up a bit of my current collection, but just so you know what it looks like… (mine is the most glamourous nudes) 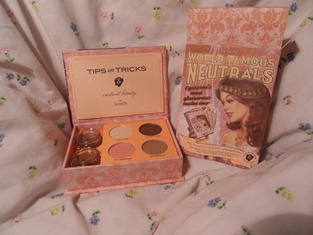 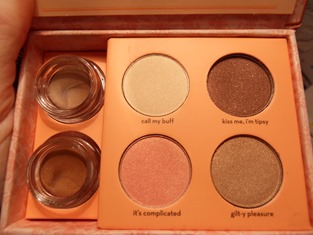 By the way, the Benefit girls were all lovely as was the decor, it was nice to have an event from a big company held in Brighton for once! 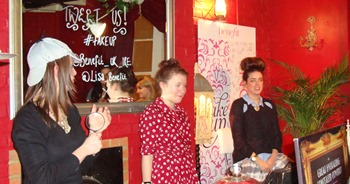 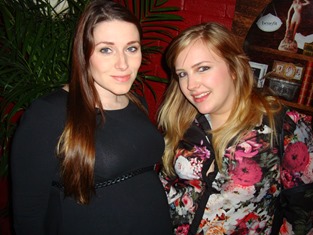 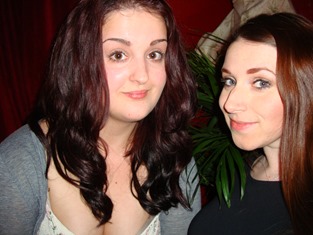 Me with Rosie, and Hannah and I.

Here is a list of all the local (ish!) bloggers that were there for the evening, hopefully I’ve not missed anyone out! Rosie, Megan, Islay, Hannah (who came over from Bournemouth for the day, but blogged about her day in Brighton here) Laura, Sophie, Adele, Lilla, Catherine, Steph & Chelle. I’ve seen some of these ladies three weeks in a row now, yay for the internet introducing me to new people!