Today’s post is a guest post from Asha at Yeah Lifestyle. She loves reading as much as I do so I was more than happy to host her review here. I’ve read another book by this author, and really enjoyed it so have added this one to my ‘to read’ pile! You can find out more about Asha at the end of this post but for now on to the review…

I love reading books and quite recently won a copy of The Lost Girls of Paris by Pam Jenoff from Harper Collins. Soon as I received the book, I was intrigued as the title caught my attention and secondly the front book cover of the girl was really captivating. I had heard of Pam Jennoff before as she tends to write historical fiction (a genre which I love) and she is also the author of the New York Times’s bestseller The Orphan’s Tale.  So I was excited to read this book to find out more about it. 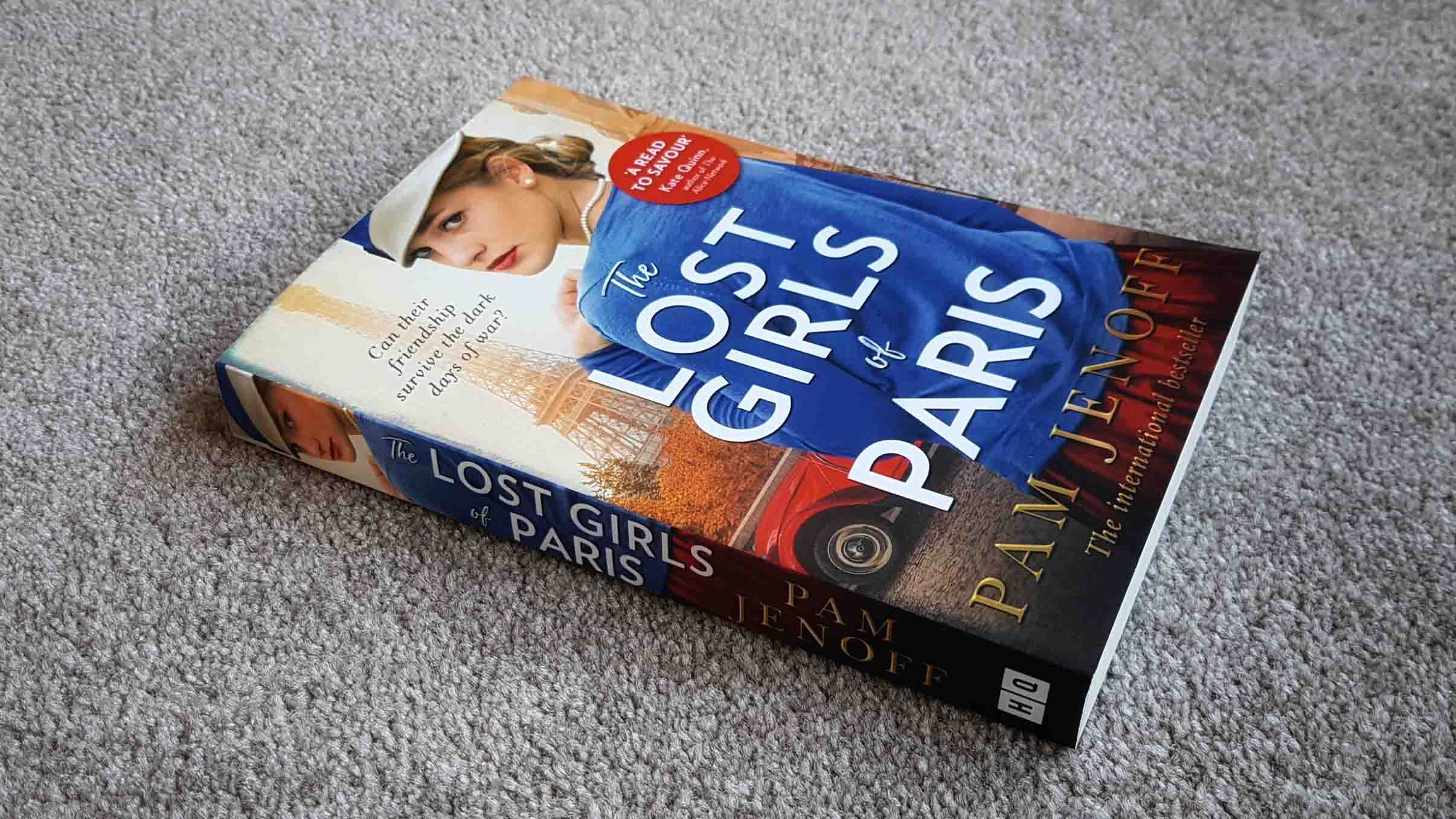 The Lost Girls of Paris is an emotional story of friendship and betrayal during the second world war, inspired by true events – from the international bestseller Pam Jenoff.  1940s With the world at war, Eleanor Trigg leads a mysterious ring of female secret agents in London. Twelve of these women are sent to aid the resistance. They never return home. 1946 Passing through Grand Central Station, New York, Grace Healey finds an abandoned suitcase tucked beneath a bench. The case is filled with a dozen photographs, each of a different woman. Setting out to find the women behind the pictures, Grace is drawn into the mystery of the lost girls of Paris. And as she delves deeper into the secrets of the past, she uncovers a story of fierce friendship, unthinkable bravery – and, ultimately, the worst kind of betrayal.

What I thought of the book

This World War II thriller mainly centres around Marie Roux (a female agent), Eleanor Trigg (leader of the ring of female agents) and Grace Healey (a widow who has recently moved to New York and finds an abandoned suitcase in Grand Central Station consisting of photos of 12 women) and the events leading to the allied invasion.

The book speaks about the bravery of the twelve women who were sent to aid the resistance and why they did not return home.  As I turned each page, I felt as if I was Grace, and I just like her, was curious about the missing suitcase and about the British female spies in the photos.  The more I learnt about the twelve heroic woman in the of the book and the sacrifices they made, the more my heart was filled with emotions and remind me of how strong the human spirit can be in adversity.  It also shared the plight of the women who went to fight in the war (in their own way) were not only brave but in actual fact not superheroes but human just like you and me.

The book is split into chapters which share two different timelines spanning from England to France, the current timeline shares about Grace’s adventures on finding the truth about these missing girls and why they did not return home – which is post-war (1946) while the other timeline shares stories from Eleanor and Marie during the war (1940s) and how these two merge in the end.    The war-time timeline also talks about how these secret agents were recruited, their rigorous training and how they were taught to transform themselves from ordinary English woman to French women so they could do their jobs as a radio transmitter without being found out by the Germans.

To me, the book was engrossing, poignant and it captivated my heart. I had the urge to read quicker and to keep flipping each page as I wanted to know what happened next.   As a woman myself, I love how this book celebrated the forgotten and unsung heroes which were the brave young women who embarked on dangerous missions.  At the same time, it did not stop me from asking questions such as ‘why did certain events take place’ and ‘questioning the actions of these women’ especially Marie who was a trained SEO agent. 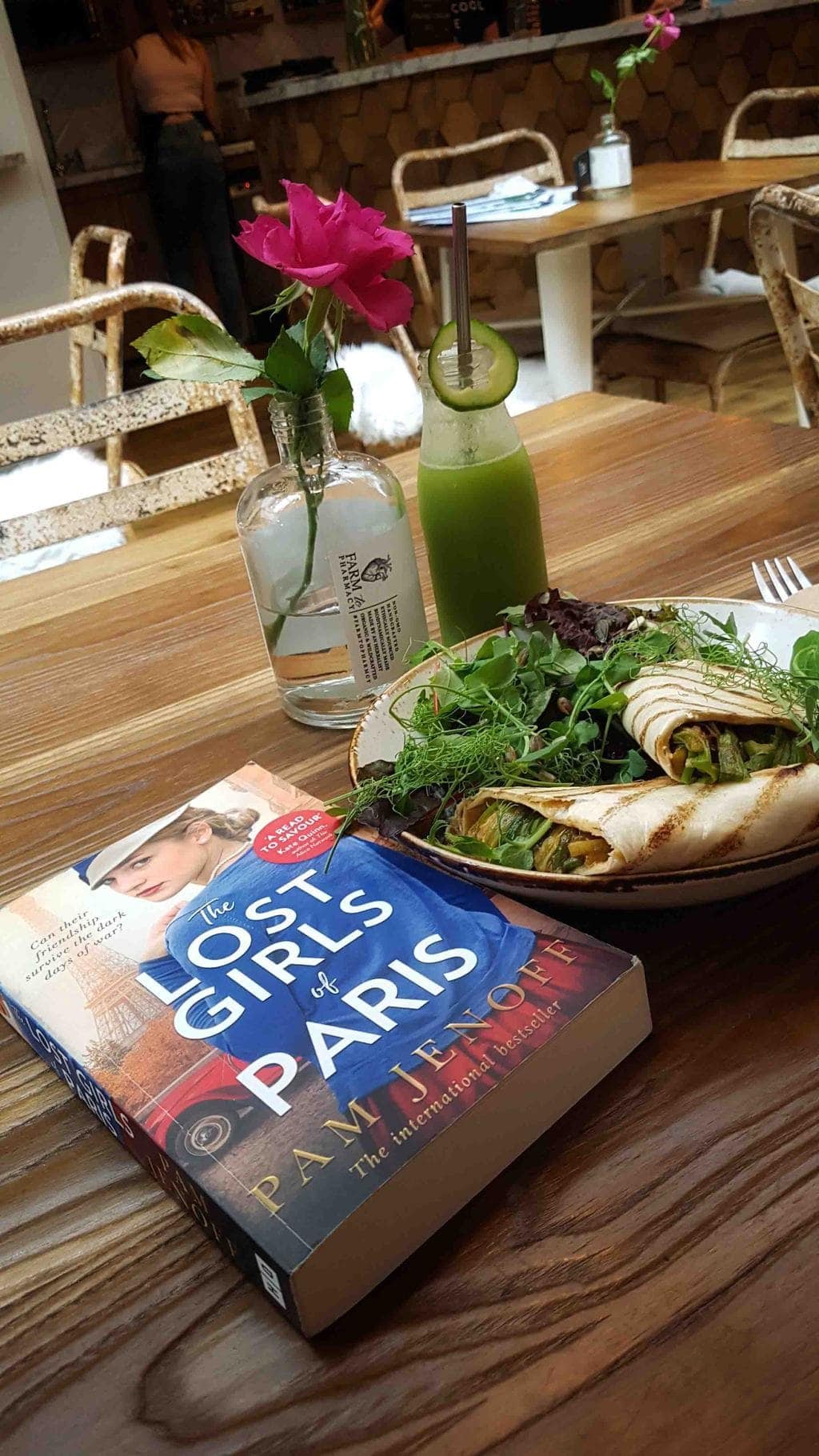 I can clearly see the author, Pam Jenoff put in a lot of effort into her research that at times I forgot, that the book although based on actual facts, is really a work of fiction.  In the book, Pam shares about how she came across the true story of Vera Atkins who was a leader and had a group of woman serve under her for the Special Operations Executive (SOE) and this inspired her to write The Lost Girls of Paris.

If you love reading about tales of survival and courage with lots of wartime references, a bit of spy thrill as well as a tiny bit of romance and betrayal, then this book if for you.   The paperback retails for £7.99. You can buy a copy here.

Pam Jenoff is the author of several books of historical fiction, including the NYT bestseller The Orphan’s Tale. She holds a degree in international affairs from George Washington University and a degree in history from Cambridge, and she received her JD from UPenn. Her novels are inspired by her experiences working at the Pentagon and as a diplomat for the State Department handling Holocaust issues in Poland. She lives with her husband and 3 children near Philadelphia, where she teaches law.

Asha is a photographer, shooting everything from weddings to food! She also runs Yeah Lifestyle, a blog based in Staffs/Cheshire sharing reviews of all sorts of things like travel, food, beauty and gadgets. You can also find her on instagram and facebook.

3 thoughts on “Book Review: The Lost Girls of Paris by Pam Jenoff”