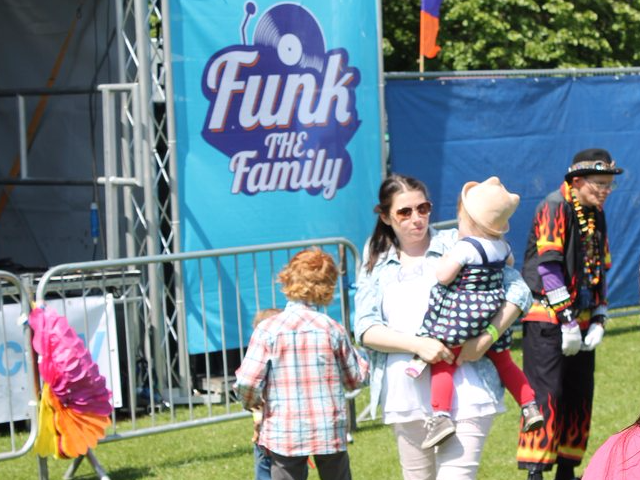 On Saturday we spent a glorious afternoon in Hove Park at Funk the Family Festival, which is a one day music festival that caters for all ages! We all had fun and were exhausted by the time we left (earlier than planned due to a non-napping toddler, but who can blame her as there was so much to see and explore!)

We arrived at the bottom end of Hove park and followed the beat till we got to the entrance of the festival, where we were given a wristband each, and asked to write our phone number on Athena’s in case she got lost, which I thought was a great idea! 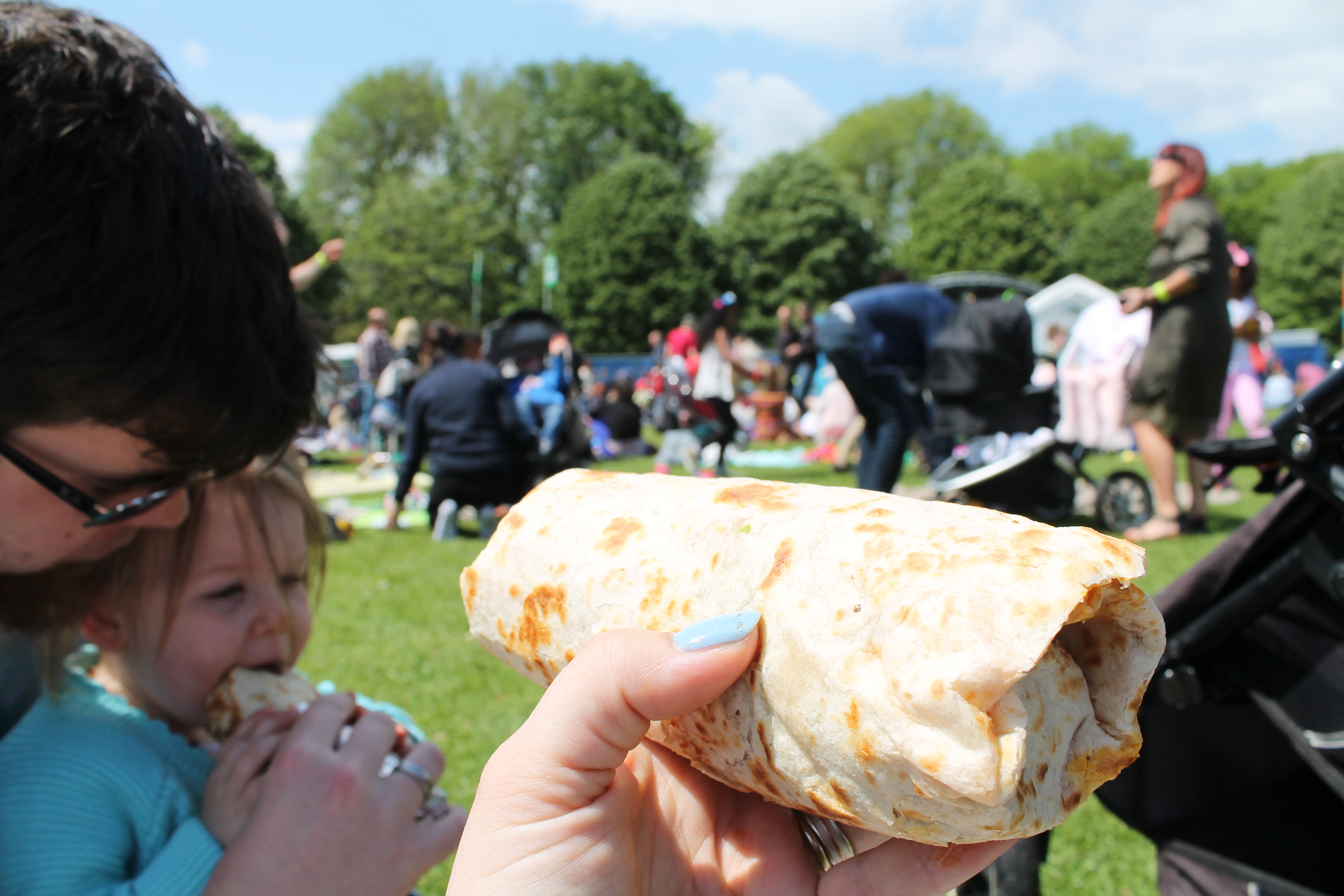 We did a quick circuit so we knew what was what, then headed for the bar! Ciders in hand we perused all the food stands, settling on a Burrito each. We found a spot to enjoy our food in and the area gradually filled up around us. It was a little weird being in a festival environment and having so many buggies and small kids hurtling around but we soon got used to it, and Athena was soon charging around herself! There was plenty of ‘sitting space’ and although I think the festival was pretty much sold out there was plenty of space for everyone, and more than enough (clean!) loos! There was a baby feeding area too, though I just fed Arlo  on the move wherever/whatever we were doing!

There was a really relaxed atmosphere, there were plenty of stewards on hand if you needed anything, and security were checking bags at the entrance so nobody could sneak in anything unwanted (Which I hope they wouldn’t, being a family shindig but you never know!) and all I saw was people having fun in the sun! 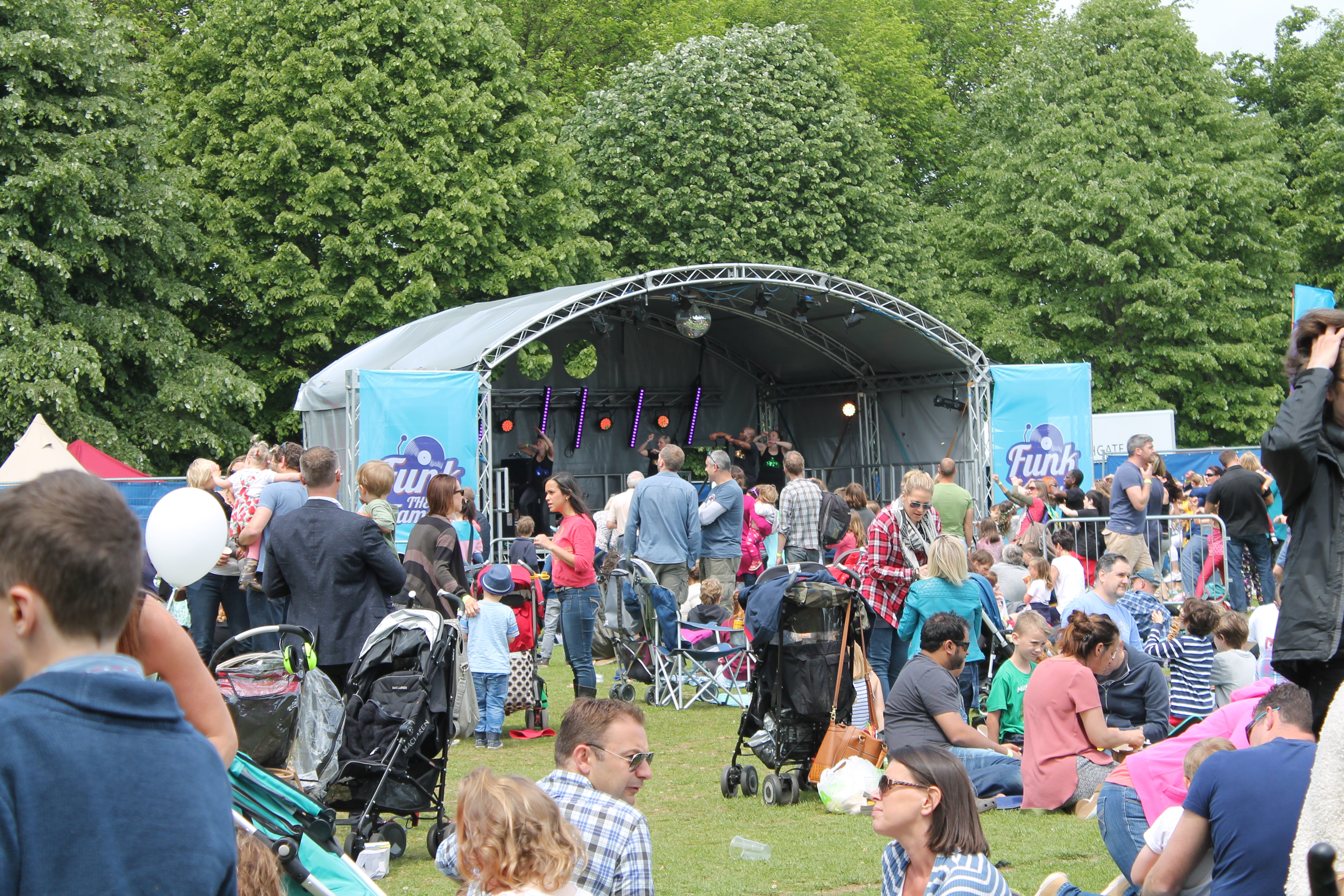 Sam and Athena headed off for a boogie down at the front of the stage, where a Brighton legend Disco Pete was enjoying himself too, and after I’d fed Arlo I joined in too! Once we’d got a bit exhausted from the bopping about, we watched some street dancing kids who were pretty amazing! 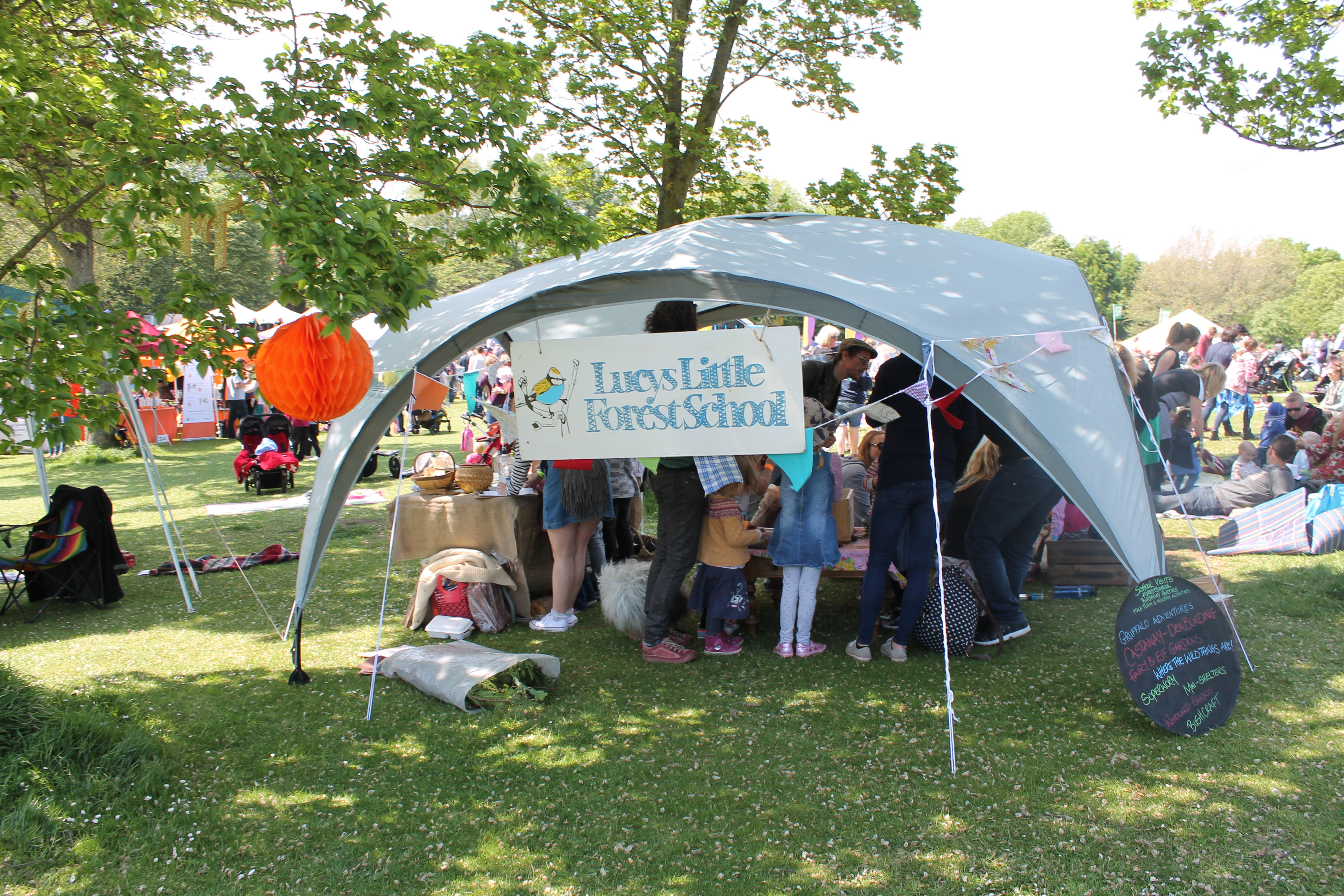 We did another circuit after that, passing the Circus Tent and the silent disco tent, which is always a surreal thing to see! People dancing to music only they can hear! There was so much to keep little people entertained, T shirt painting, hair braiding, Lucy’s little Forest School, kiddy yoga, a chill out teepee, messy play, and loads more! 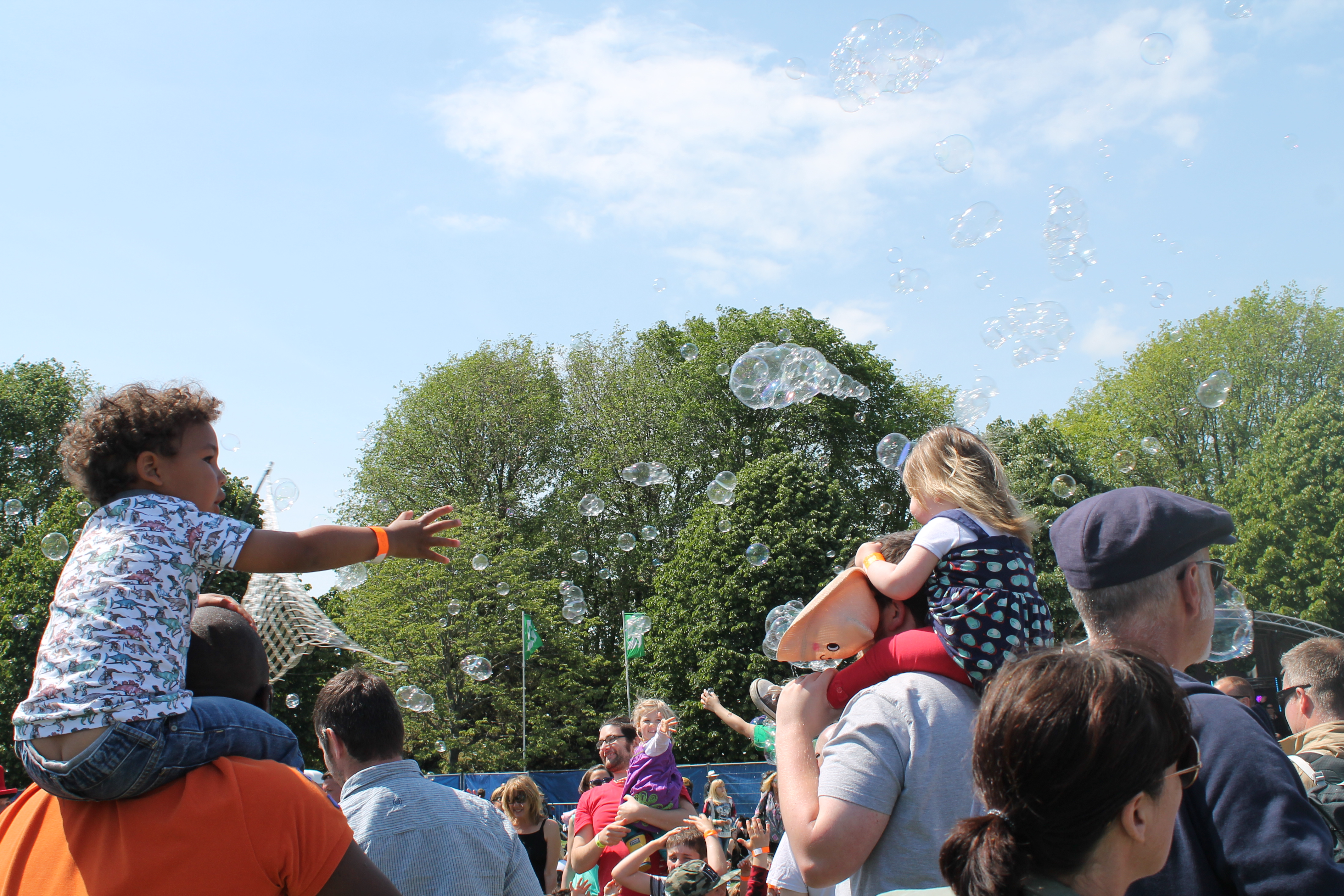 The ‘bubble man’ was a HUGE source of amusement and entertainment for Athena, who shouted BUBBLES at the top of her voice for a good half an hour whilst Sam chased him around the festival with Athena on his shoulders! He had a magical contraption that let off streams of bubbles into the sky, and skidding over the crowds of people often chased by small excited kids attempting to pop them. Pretty ace! Oh, there was also a giant fairy and some ladies on stilts to be spotted! 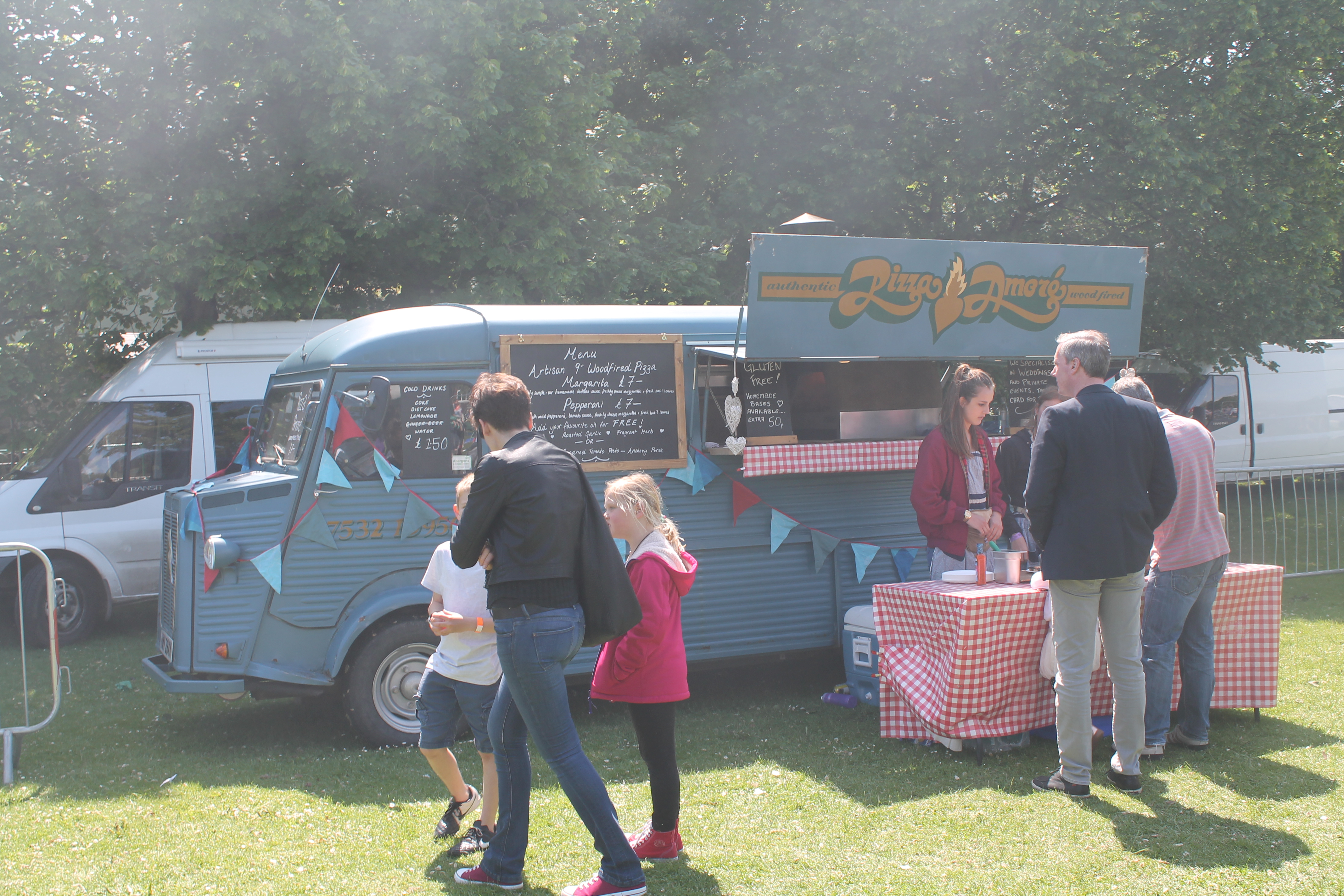 After we’d had a good stroll around and dragged Athena away from the ‘pimp my stroller’ stand for the third time we got some tasty ice-creams and chilled out at the Club Tropicana DJ bar for a bit, hoping that the over tired toddler would agree to a nap but nope, wasn’t happening! We decided then to make a move before she got to the point of no return, but we left with smiles on our faces and music in our ears! I wish I’d taken a few more photos but with a baby attached to your front and toddler doing a runner it was a bit tricky! 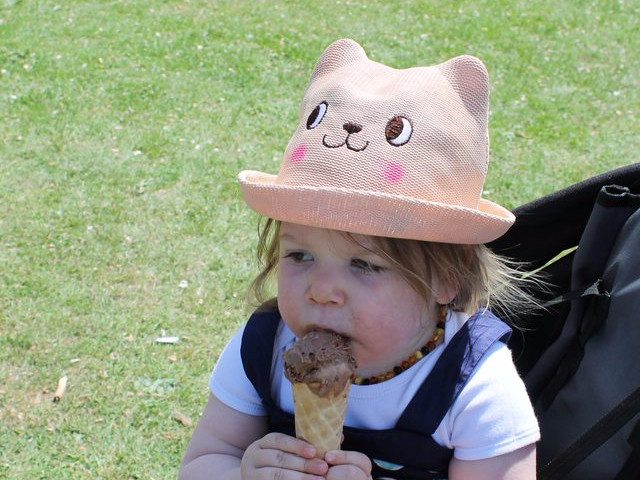 We were very kindly invited to experience Funk the Family free of charge, but a family ticket would have cost £49.50 which is well worth it in my opinion. Follow their facebook page to keep up with the latest news, hopefully they’ll be back next year!

One thought on “Funk the Family Festival!”