I love to watch Arlo interact with new things, watching kids learn how the world around them works is a privileged and a pleasure. It’s even better when learning about things come as part of a game or toy, as in my experience the moment my kids realise you are trying to actually teach them something they put up a guard. It’s for that reason that I absolutely love learning toys, anything that inadvertently teaches them things and stretches their brains. Geomag Magicubes are the latest addition to our toy box and they’re already really popular with Arlo! 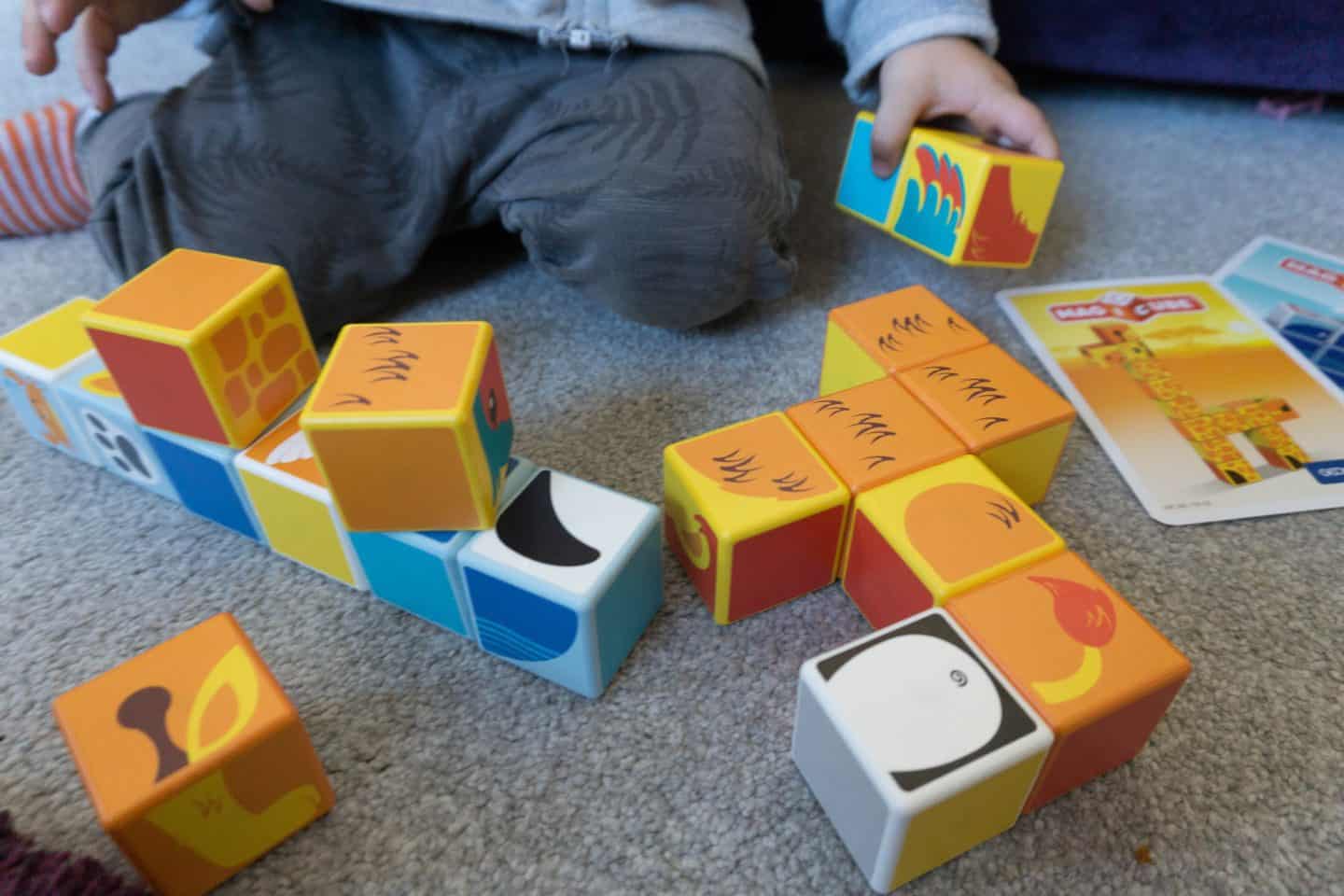 What Are Geomag Magicubes?

Plastic cubes with differing designs on all 6 sides. Each cube has a magnet securely inside so they can ‘stick’ to any other cubes. Each set has a sufficient amount of designs on the cubes included so that you can make numerous different things 3d animals.

Why are they a great educational toy? 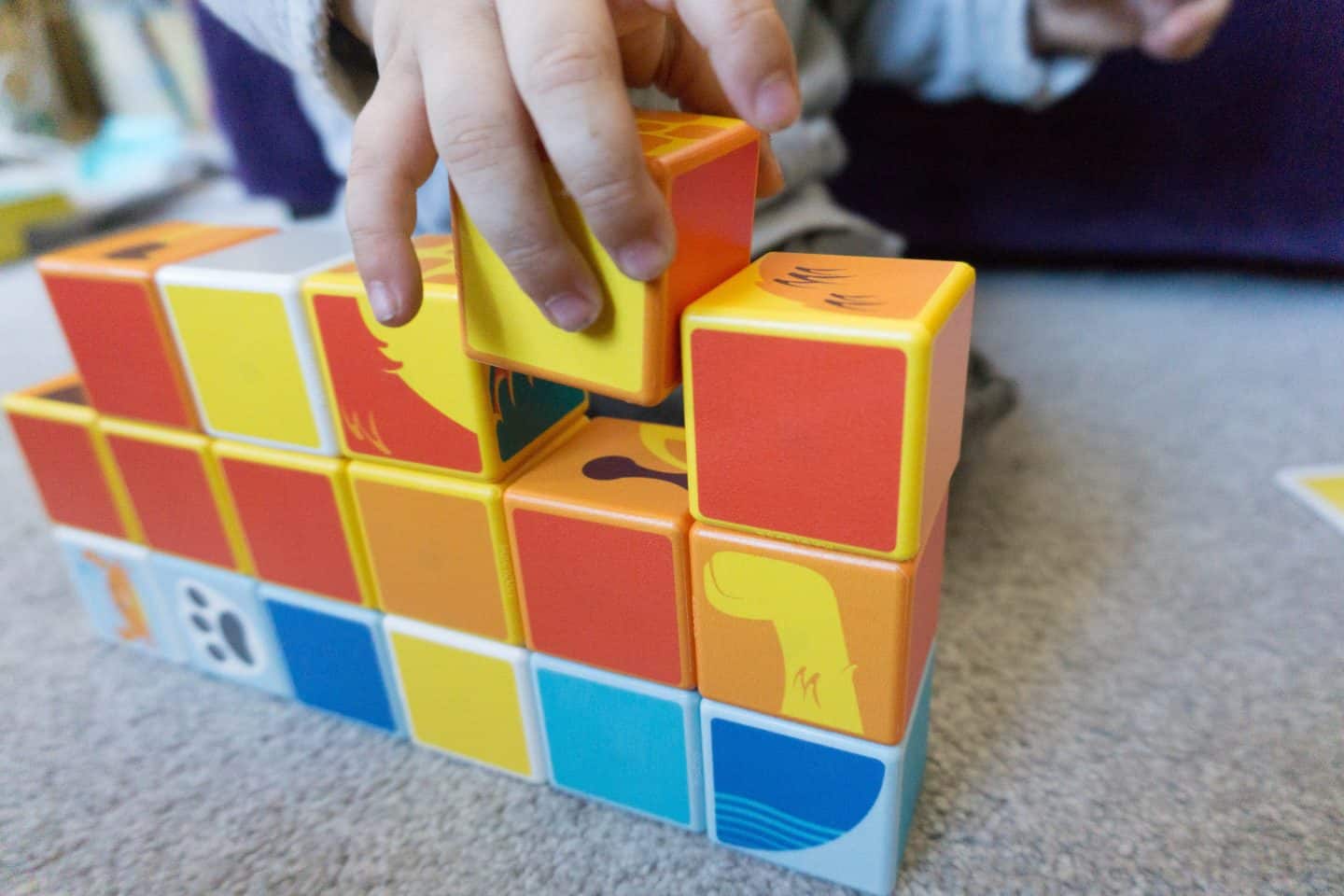 Arlo absolutely loves magnets, he’s always re-distributing the fridge magnets around the house, I often find them on radiators, our iron bedstead and the cooker handle! Once we’d opened these and he realised how they worked nobody else could get a look in, and he actually bought four of the cubes to a wedding we went to, and happily played with them throughout the ceremony, which kept him quiet and engrossed! 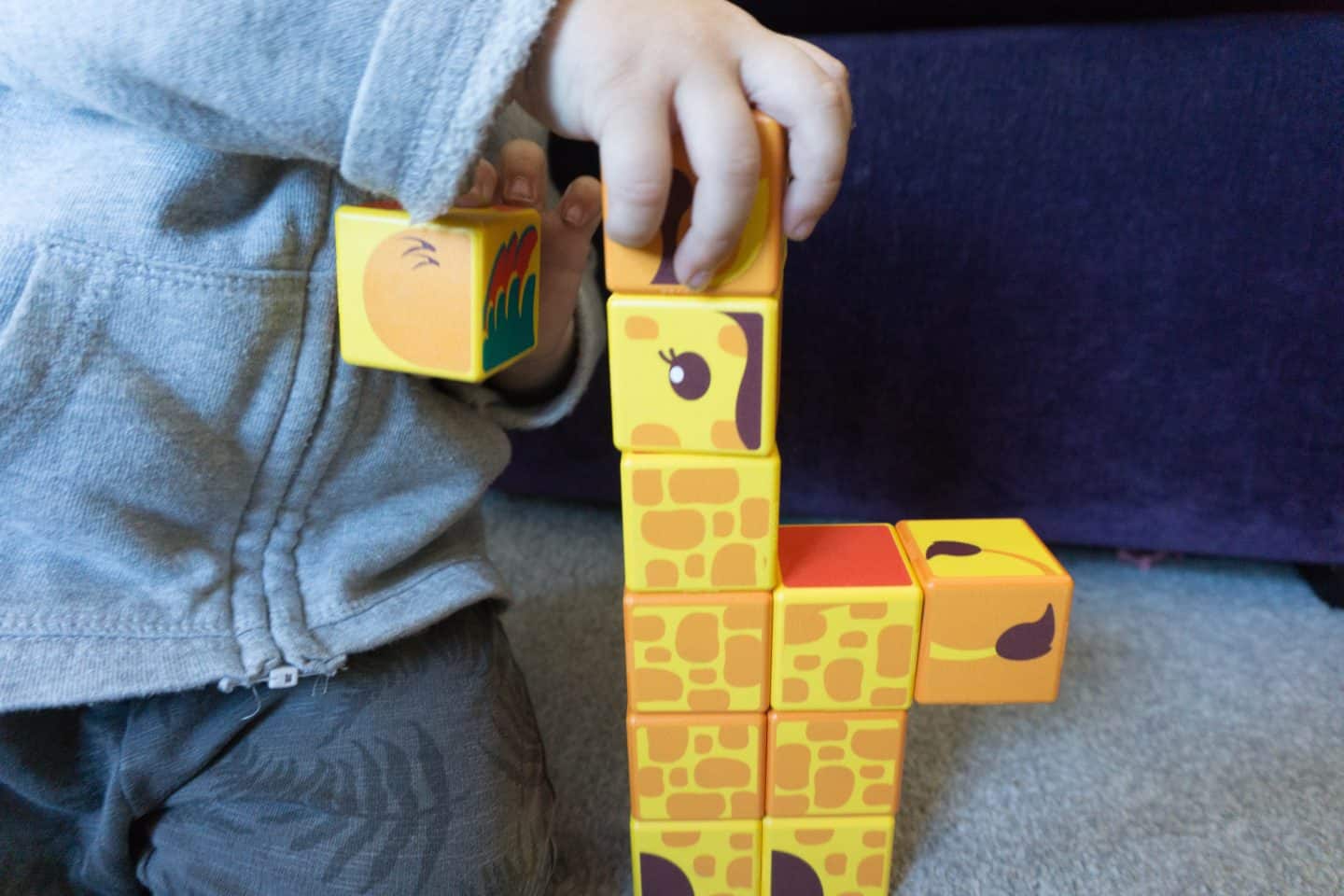 I’ve been using the cards that come in each box as a guide to encourage him to create the different animals, but I must admit he usually goes a little rouge and we’ve had some very odd looking animals get created, but that’s half the fun! Of course being a boistrous kid he loves to build a tower as high as he can and then kick it down – the Magicubes have withstood being demolished in this fashion numerous times and still look as good as they did coming out of the box, so any toy that survives my destructive two year old gets a thumbs up from me! 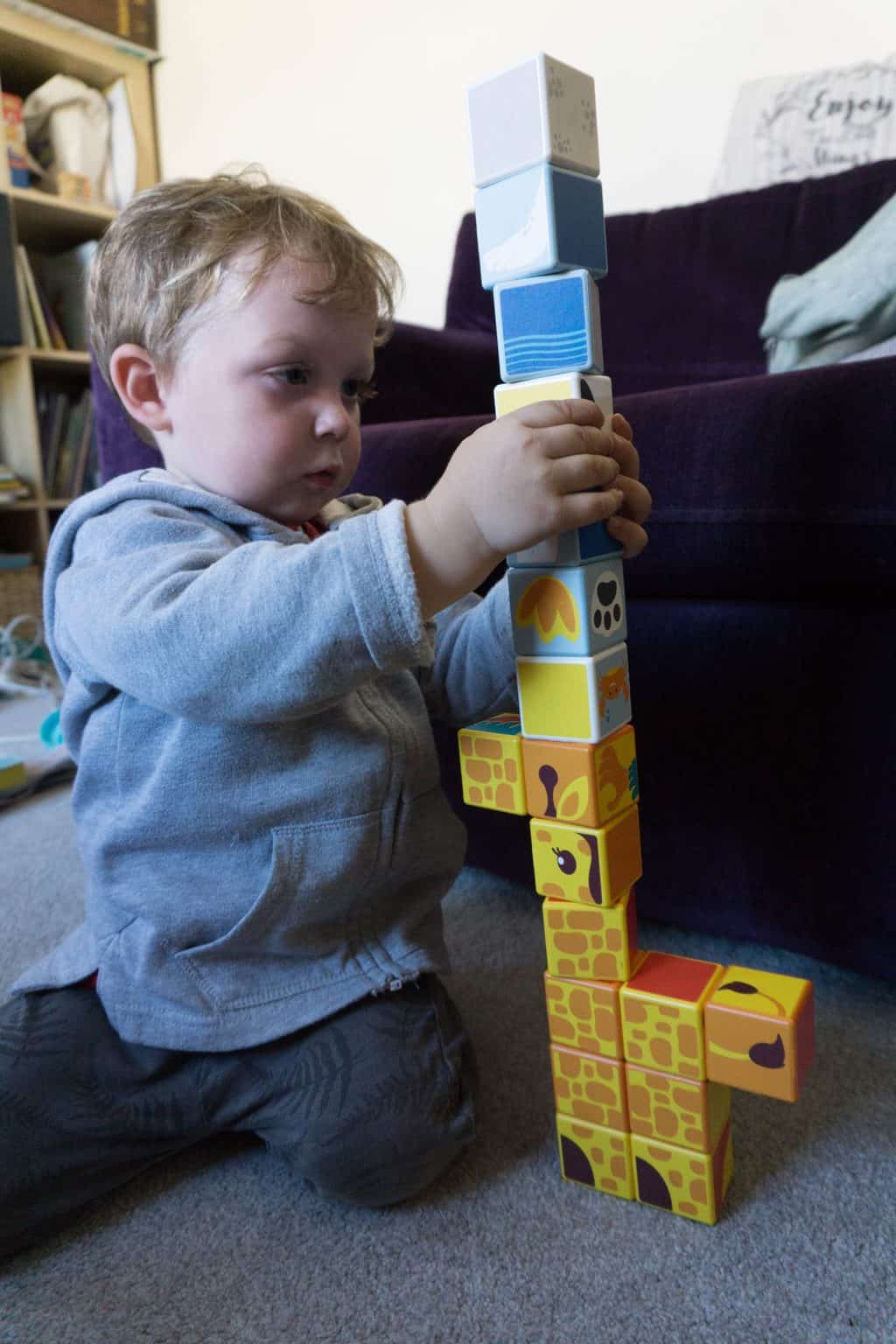 Athena does like to play with them when she can get her hands on them, but I think now she is at school she would have more interest in the next level of Geomags, the classic style which consists of different shapes in various styles to form larger 3D shapes and objects. You can win your own Safari set of Magicubes by entering my giveaway below!

Competition ends: 18th October 2017
There is ONE prize of set of Safari Geocubes
UK addresses only
Prize supplied by Geomags
No cash alternative offered.
Winner chosen at random via rafflecopter from all correct entries, and will need to respond to the winning notification within 28 days. At this time another winner will be drawn.

4 thoughts on “What Arlo played with: Geomag Magicubes”