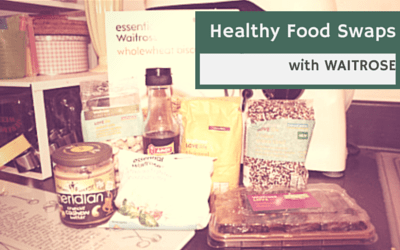 Most people start out January attempting to eat more healthily after a fair amount of December indulgence, then quickly lapse into bad habits as the weather gets colder and the temptation to hibernate with a pack of biscuits increases. Waitrose have created a snazzy tool to help people make some healthy food swaps, small changes to their normal meals and to encourage exploring different snack options. Changing one or two things you eat a day can make a drastic difference to your health, and give you more energy! 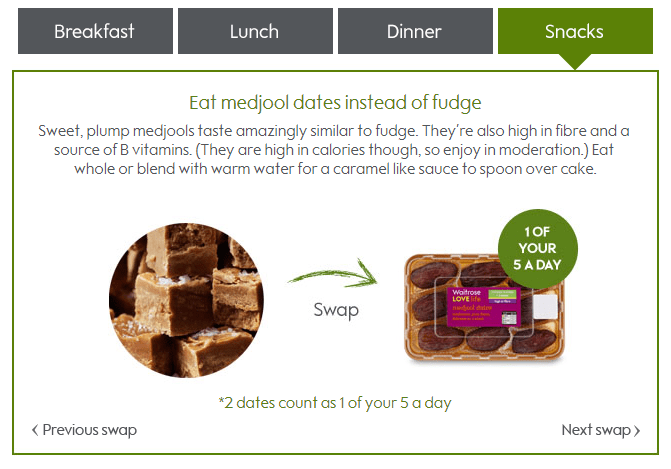 As well as using the online tool to make some changes I was kindly given some advice by the Waitrose nutritionist after I provided her with a sample meal plan for our family for the week. Here’s her advice:

Avoid the cakes, muffins, crisps and biscuits and instead try:

So armed with some suggestions from the nutritionist and some from the website I headed off to Waitrose to attempt not to fling my usual not very healthy staples into the basket! Here’s a little selection of what I came home with, all items that wouldn’t normally be in my trolley! 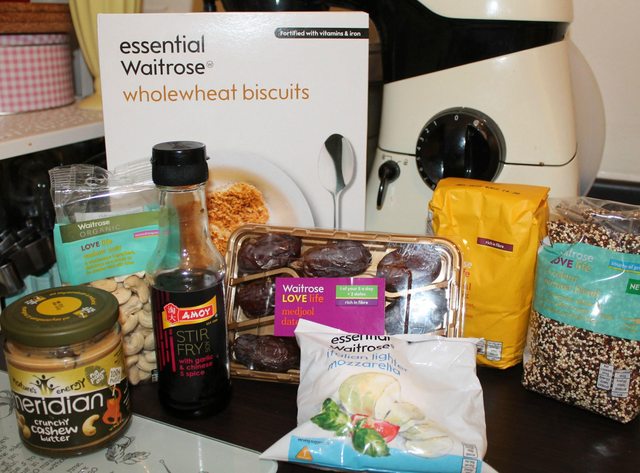 So here are a few healthier meals that we enjoyed this week: 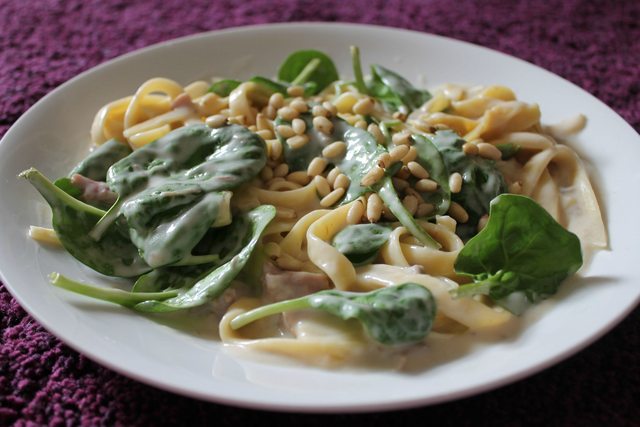 Tagliatelle Carbonara, with added spinach and pine nuts. Made using ham rather than fried bacon like I normally would! 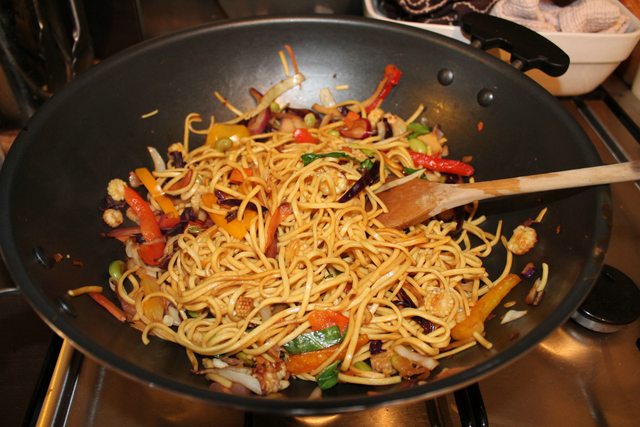 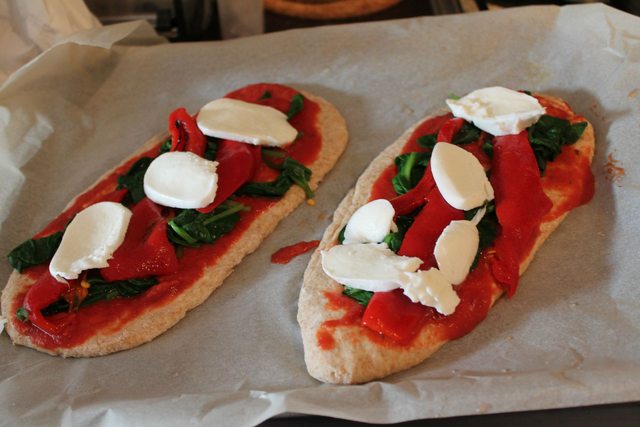 Pizza Fiorentina from the Waitrose recipe finder, all made from scratch, only minus the egg and with the addition of roasted red peppers!

So how did we feel after a week of healthy food swaps? Not horrific! I did miss the occasional chocolate biscuit, but found that grabbing a handful of cashew nuts actually filled me up a lot more! Snacks of plain yoghurt with defrosted berries replaced the muffins I used to enjoy, and Athena approved too which is always a bonus! Next week I’ll be trying some Quinoa salads with avocado and apples, and will be taking cashew nut butter to work to dip my apples and crackers in as an at-my-desk snack! I also plan to start swapping to meat substitutes like Quorn mince and sausages once a week too.

Overall it was actually pretty easy to make small changes to our meal plan to help us to be more healthy without really thinking about it, and I think my shopping habits will be changing going forwards!… but I’ll let you in on a little secret; I did sneak a tub of Ben n Jerry’s Fro Yo (or two…) into my trolley. In my defence it is much healthier than regular ice cream, and I’m blaming it on a pregnancy craving!

What changes could you make to your weekly shop and meal plan to start making little differences?

Thank you to Waitrose who kindly supplied me with a gift voucher to spend instore to make some healthy food swaps for my family!