A photo diary of good food, from the last MONTH (I know.. slacker right?)
If food doesn’t interest you, then I suggest you skip this post! 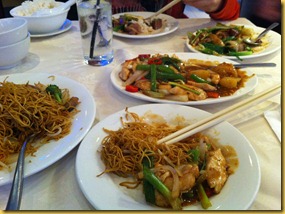 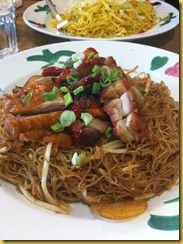 China china (Preston street)  Perfect for cheap but GOOD Chinese food, and normally I am in the minority when eating here, so if the local Chinese student contingent swarm this place, I reckon its good! 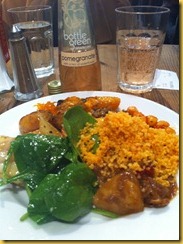 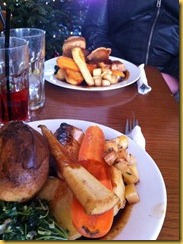 Amazing roast chicken at the Caxton Arms, my local. Everything is homemade and nothing is frozen at this place & less than 2 minutes from my door! 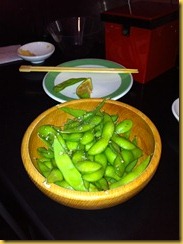 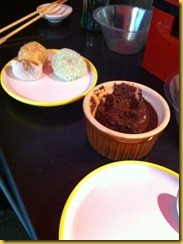 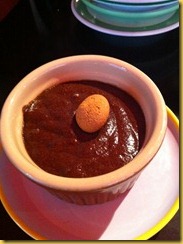 Moshi Moshi (sushi…. which I hate generally but as long as it isn’t fishy I can cope!) 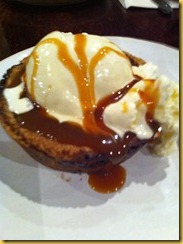 Cannot remember for the life of me where this was, or even what it was, but it looks scrummy. 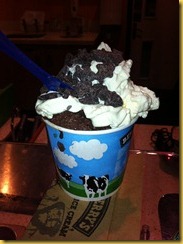 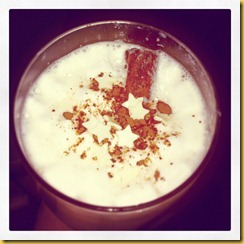 Another indulgent Ben&Jerrys at the cinema, eggnog (home made) and some rather alarming orange coloured flakes on a cake I really wish I had tried some of! 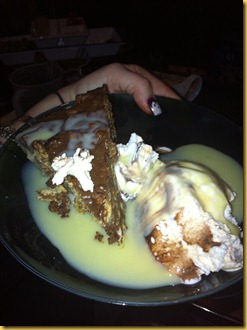 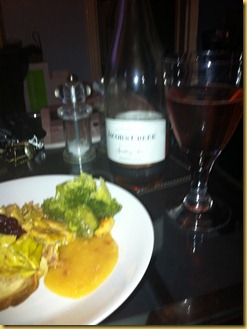 Christmas day dessert… and a chicken and gammon pie, with the left over gammon a couple of days later (and sparkling rosé!) 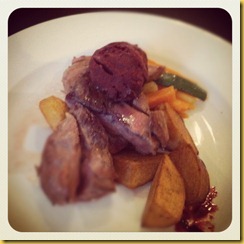 Duck with berry sorbet and chunky potatoes. This was amazing, in Como on Ship Street 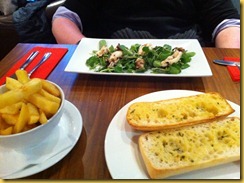 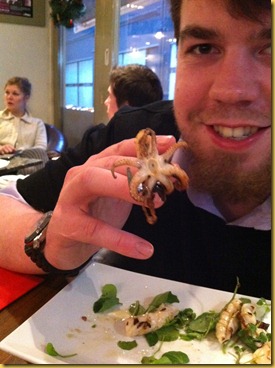 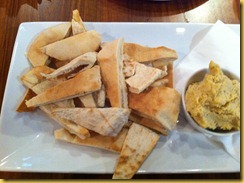 At a little cafe/bar in Cambridge, I had hummus and pitta, the boy had squid (i think? it has 8 legs….) 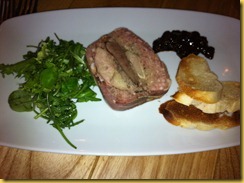 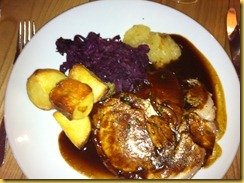 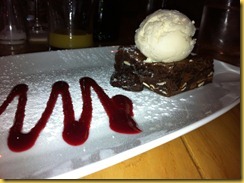 Amazing New Years Day lunch at The George Hotel in Cley, Game terrine for a starter, amazing pork with roast potatoes and cabbage (and a whole other bowl of veg) with a brownie for dessert!
Previous food porn post here, and I’ll eventually get my Christmas recipes up (which are not all that festive and can be used at any time of the year) at some point in the future! Am currently on a fairly strict diet until the 23rd January… which is when I go on Holiday, and nobody wants to be dieting on holiday! Bring on the German Weiner Schnitzel!