Sam & I spent three days and nights in Frankfurt, before I headed south to stay with my friend Emily… I’d done a bit of research before we went, but we went with an open mind as to what we should do! (Sam would disagree with me I think!)

On day one we headed to the Explora museum, via the tram (I LOVE TRAMS, trains on the street, always a winner). The museum is an odd place, built in a big bunker type thing, with oodles of holograms, and weird visual trickery… and magic mirrors. 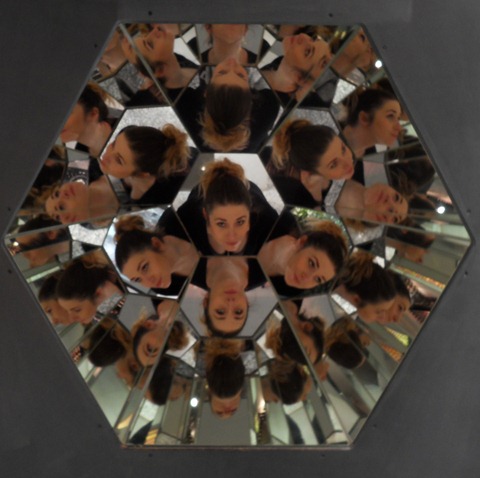 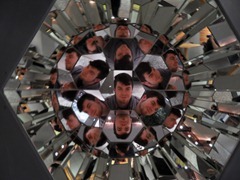 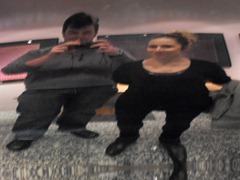 Then we decided to head to the ‘old’ part of town, the Sachsenhausen, which is where the traditional drink, apfelwein flows freely (well, cheaply) but it turns out that a) people don’t really drink very early in frankfurt, and b) everywhere is quiet on a monday! so we got drunk on happy hour cocktails after the apfelwein, and ended up having dinner in hooters… 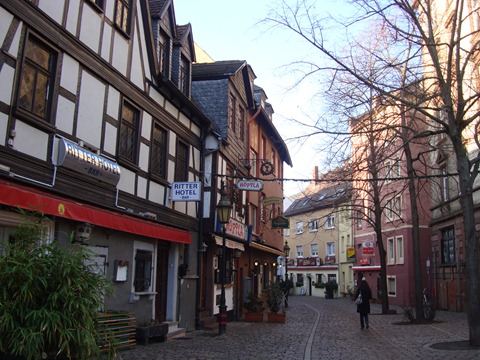 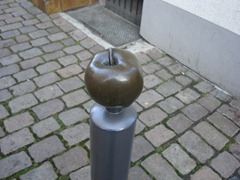 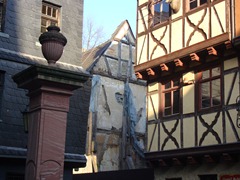 So both being preeeeetttyy drunky by this time, we decided to walk back to the hotel (the long way, as we didn’t really know where we were!) and stopped in at the intercontinental hotel to ask the price of a suite (over 2k euros per night, FYI) 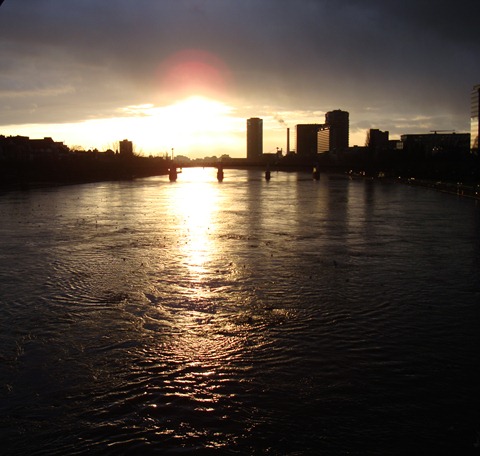 Day 2 was my birthday, and we went to the Zoo! I will do a separate post on this because cute animals deserve their own place! A leisurely morning stroll round the zoo gave us appetites like horses, so we had lunch then explored Romer Square, with the town hall, a church and some traditional German style buildings, and the huge Cathedral. 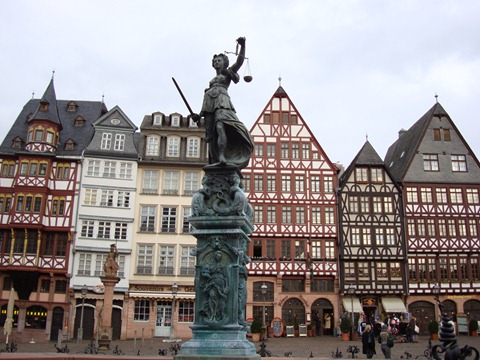 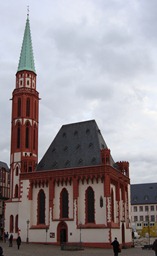 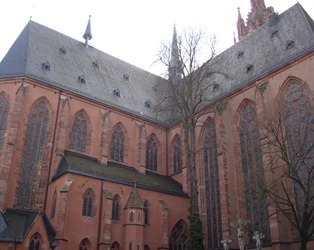 Then it was up the high speed elevator to 200m above the ground, to a viewing platform at the top of one of the sky scrapers. It was incredibly cold, and Sam was incredibly wary. He’s not a huge fan of heights, which is ridiculous as he is 6’6”, but after a few minutes I got him away from the bench in the middle to peer out at the city. 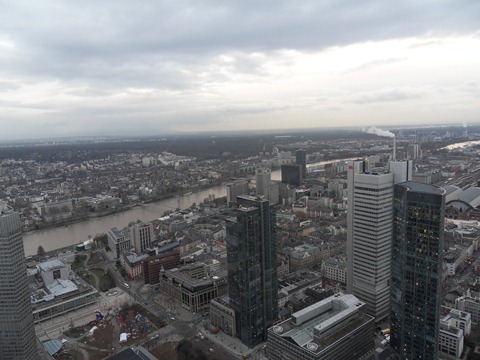 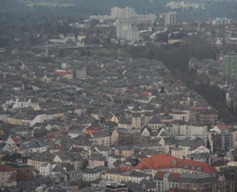 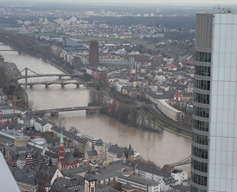 Frankfurt has an amazing mixture of traditional and modern. It really was interesting to see how to city had spread out past the original city walls to become a metropolis! It has ancient churches and cathedrals minding their own business, and skyscrapers and shopping centres have sprung up right around them.  We headed back to our hotel for a sneaky little nap, then strolled out to find a nice Chinese restaurant for dinner. 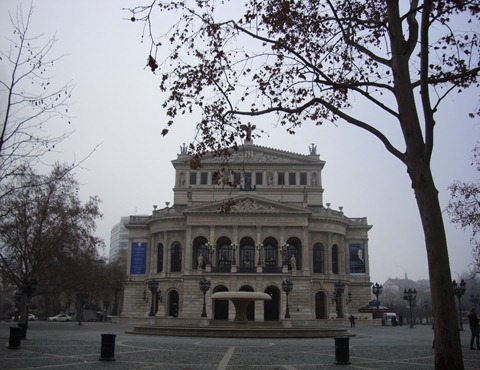 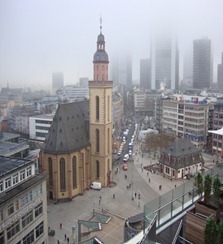 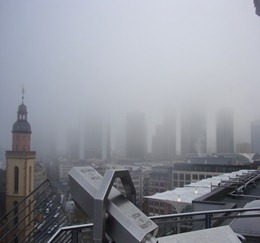 On Wednesday we decided to have an easy day and just stroll around and see what took our fancy, I’d contemplated going on the sightseeing city tour bus, but the tickets seems fairly expensive considering we had already seen around half the things on the itinerary! So we shivered our way into the city centre, and pottered down the main shopping street, the ‘Zeil’, I bought some mittens and a woolly headband, and some nail varnishes from brands i’d never heard of! One of the shopping centres had a viewing platform, and as you can see, there was some seriously low mist over the city so we couldn’t even see the top of the skyscraper we had been up the day before! We visited the Judengasse museum later that day, which gave a really interesting insight into the way Jewish people lived in Frankfurt before the war. 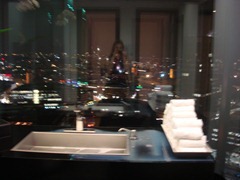 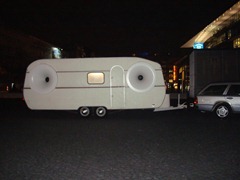 We decided to splurge that night, and headed up to a hotel bar on the 22nd floor of another skyscraper. The drinks may have been pricey, and the lights may have been so low that we didn’t want to take pictures and look like tourists, but the views were amazing, and the toilet had a floor to ceiling window, so I spent at least ten minutes washing my hands with posh soap and drying them on the individual hand towels provided! Unfortunately the picture does it no justice as all you can see is the reflection of me/the lights inside! We walked past this very odd caravan/speaker hybrid parked in the middle of a big open public space right in the centre of town. I have no idea what it is for, as it was deathly silent! most odd…

The next day we parted ways, Sam for the airport and me to meet Emily in Mannheim to get the train back to her village! I will be posting about our adventures separately at some point in the not too distant future!

I have so many pictures that I didn’t include here, but you can view my facebook album here, which has considerably more in it!

Ever been to Frankfurt? Or any part of Germany… What did you think of it?

7 thoughts on “In which I visit Germany – Frankfurt”