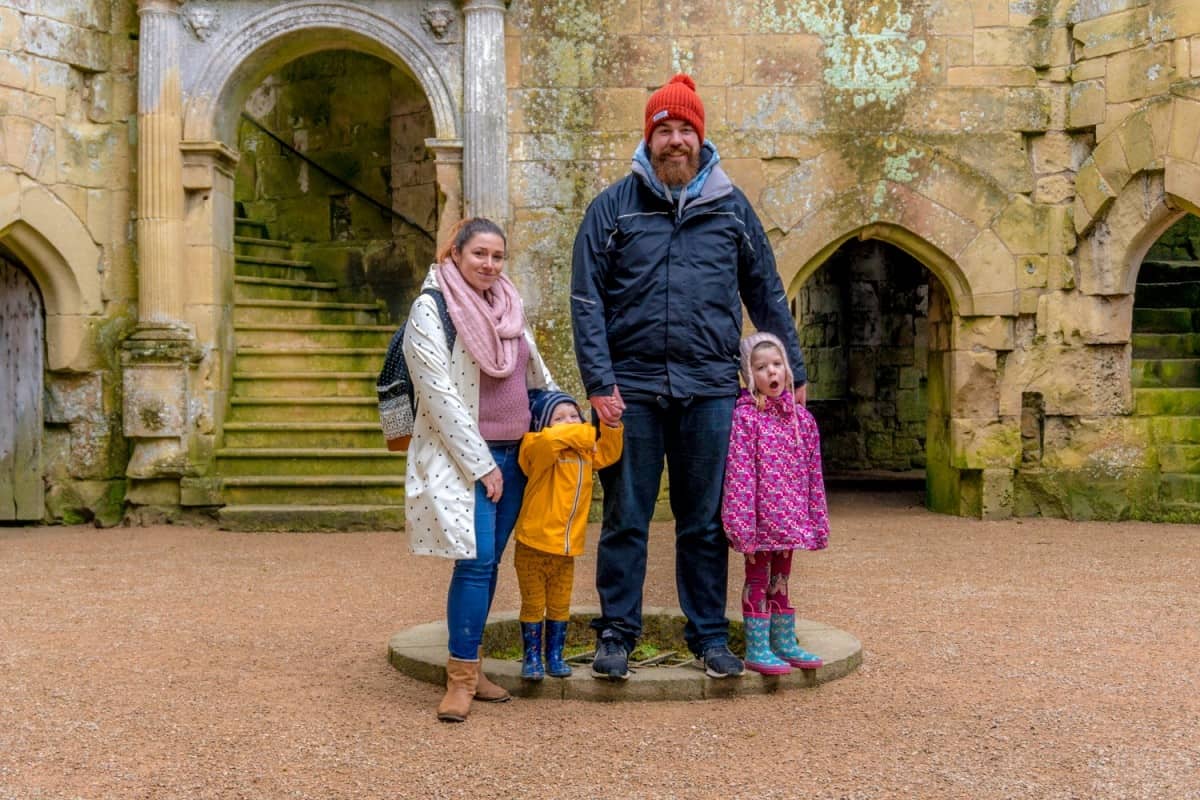 Trust me when I say this is the very best of a very bad bunch! It was taken on Mother’s Day, so right at the start of the month. We’d been staying at Caalm Camp in Dorset for the weekend and took a trip to Wardour Castle on the way home. Arlo spent the whole time disappearing up crumbling stair cases and into small holes, Athena had tripped up some steps and smacked her chin and all the other families looked a lot more peaceful (and well behaved) than ours! Oh well, comparison is the thief of joy and all that!
This month has gone pretty quickly to me, but we’ve not actually done very much in between the first weekend (glamping!) and last weekend when we went to see World of Dinosaurs, which was awesome. Somewhere in the middle of that Sam left his job at the hotel so we’ve been spending a lot of time together, which is nice but also takes a bit of getting used to. Working from home with someone else around means less working from the sofa with Netflix in the background and more setting myself up at the kitchen table and actually cracking on! He does make me a proper lunch most days though so that’s pretty nice!
This month I have been: reading (a Peter James mystery – I only like them because they’re set in Brighton) and I finished House of New Beginnings too, which was pretty chick-flicky but a fun and easy read. I’ve also finished the third season of LOVE and the second season of Santa Clarita Diet on Netflix, as well as getting to series seven of Friends. I told you I watch far too much Netflix!
Athena is really pleased to have two weeks off school – partly because we’re going on holiday on Easter Sunday for a week with friends, but also because she wants to spend more time with me (which I think actually means ‘more time watching youtube’!)
Arlo is starting at Pre-school after Easter, we had his taster session a couple of weeks ago and he seems to be excited about it, but a bit apprehensive too. He turns three tomorrow) the 31st but we had a little tea party last weekend for him which was lovely, it was Batman themed, but I hardly took any photos which was a shame- but everyone had fun I think! We’re having another cake tomorrow (his third one, as we had two last week) and packing for our holiday, plus of course Arlo will be opening his presents!