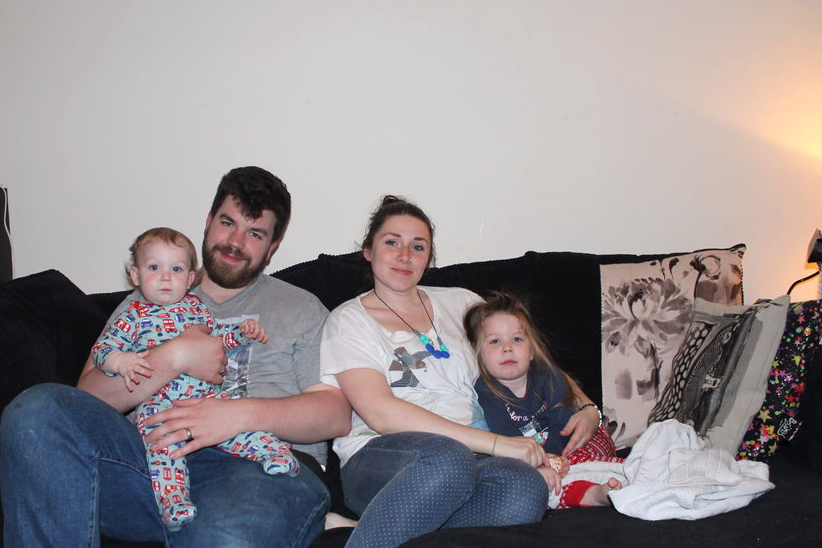 A photo of the four of us taken after a nice family meal round the dinner table, something that we never did in our old flat as it was too squished to do it really! Our new house has a nice big dining area so we can have our table pulled right out and the sun comes in through the bay window. We’re going to aim to have a proper dinner there most nights rather than off our knees on the sofa!